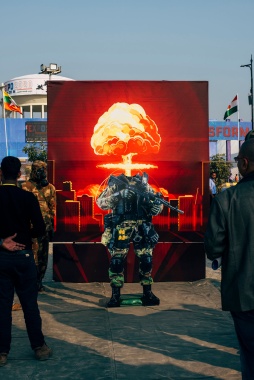 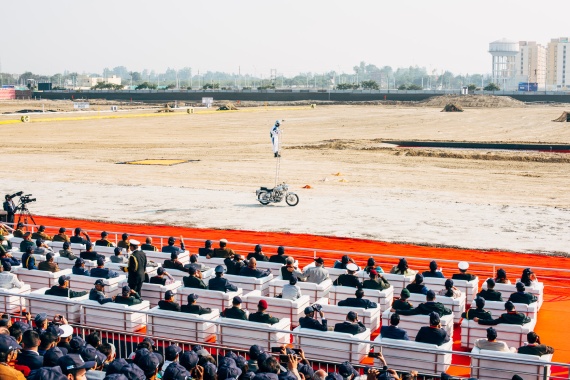 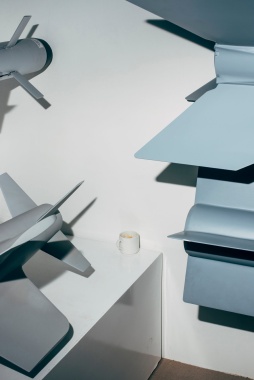 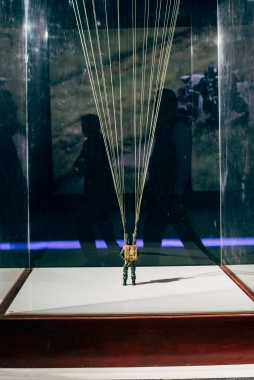 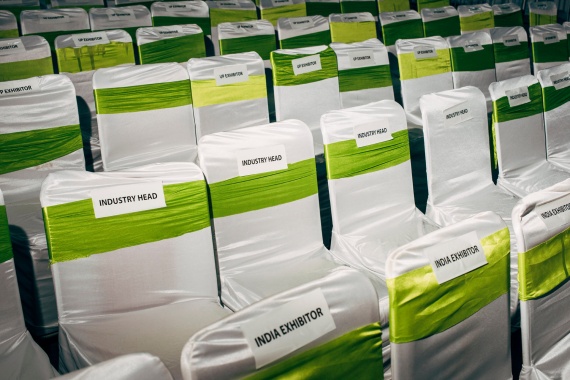 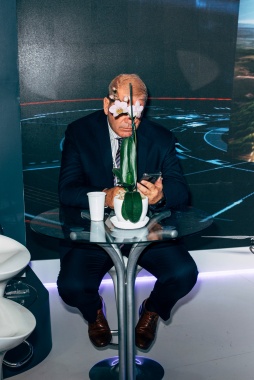 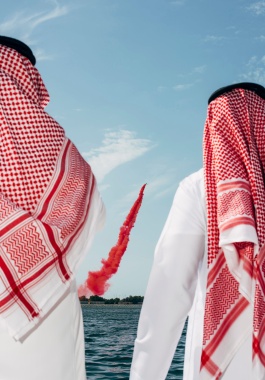 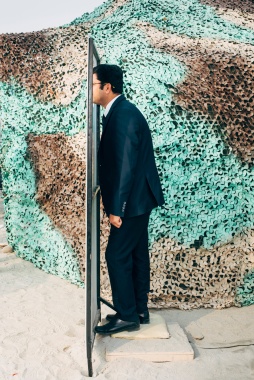 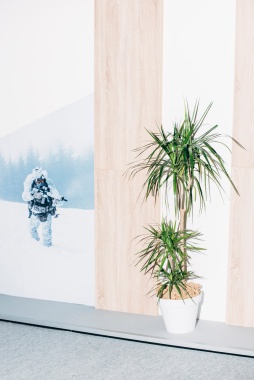 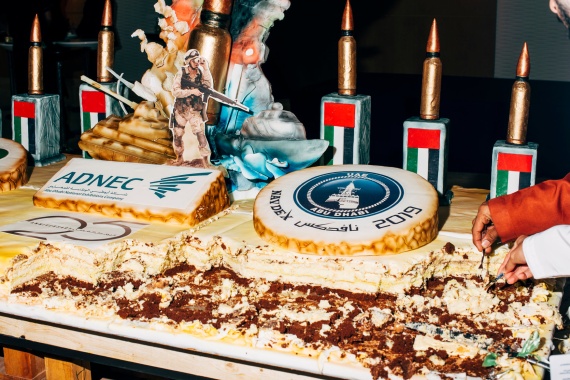 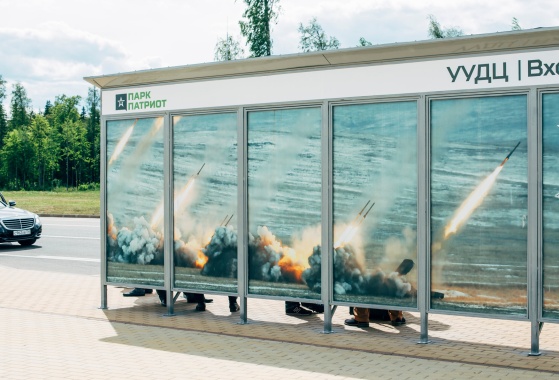 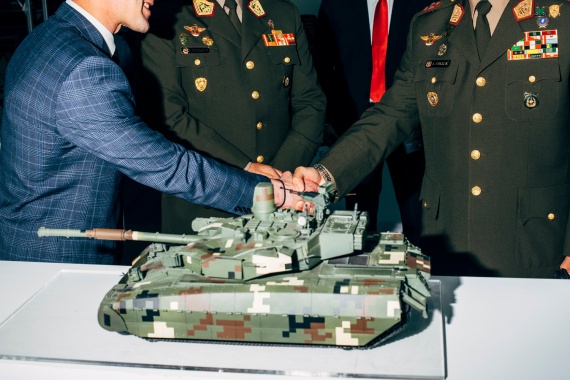 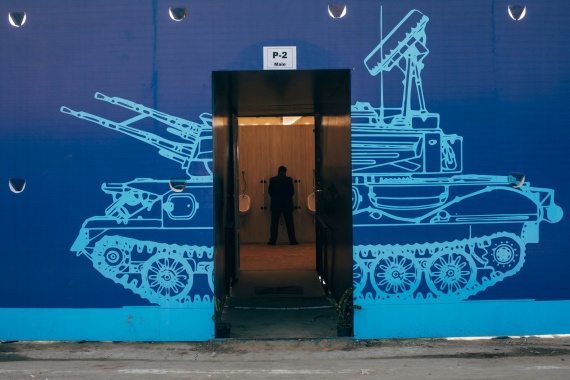 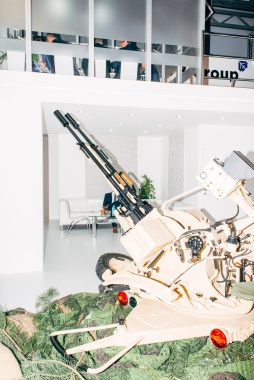 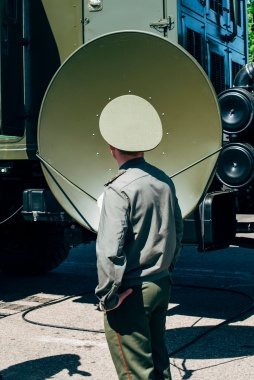 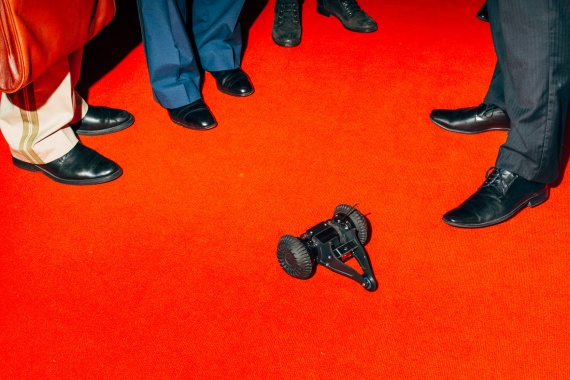 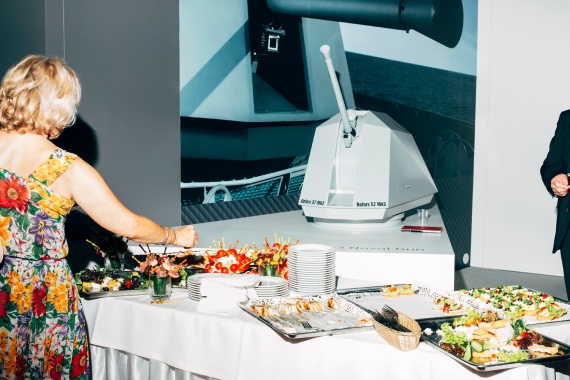 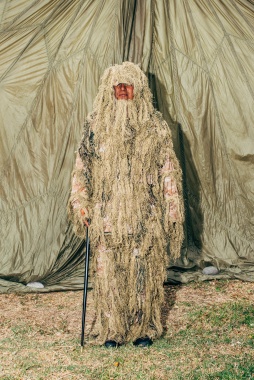 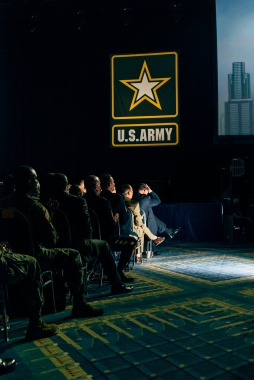 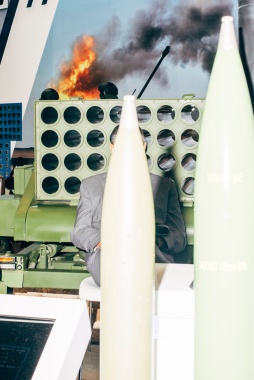 Nikita Teryoshin – Nothing Personal – The Back Office of War

Enlightening glimpses behind the scenes of the global arms industry: in his series, the photographer presents a complete contrast to the battlefield scenarios presented by the daily press. In his images, war appears like an over-sized playground for adults, where the deadly consequences of a constantly-growing arms industry are deliberately ignored. Teryoshin found his motifs at exclusive ‘defence trade fairs’ in Europe, Africa, Asia and both North and South America.

Under normal circumstances, visitors to these trade fairs keep to themselves; plenty of photographs are taken, but only within the small circles of weapon manufacturers, exhibitors, dealers, experts and potential buyers. The world of the arms industry is a hermetically-sealed one, with a tendency towards the secretive. Until a few years ago, Teryoshin – like most people – had no idea how apparently mundane things seem at defence and arms industry trade fairs. This series began, almost by chance, at the first fair he attended in Poland. With increasing interest and the curious ambition of a field researcher, he managed, over the following years, to obtain access to 14 trade fairs on virtually every continent. Once he had official accreditation as a photojournalist – normally, thanks to a letter from a trusted magazine – he mingled within the throngs of businessmen, military representatives and politicians; and was usually able to move around the different trade fair stands and massive arsenals of weapons, with complete freedom. There were only certain cases where a display had a ban on photography.

“I deliberately make a point of not showing any faces. It is not my intention to fix everything on specific people, but to show the system. The anonymity of the images is also intended as a metaphor for the secretiveness of the arms industry.”

Friendly hostesses, generous catering and, above all, plenty of alcohol can only do so much to cover up the actual purpose of the products on offer. From 2016 to 2020, Teryoshin visited defence trade shows in such diverse countries as Belarus, Peru and India, and cities such as Moscow, Washington DC, Paris and Abu Dhabi; yet the scenarios differed little. At first, he was amazed by the normality and apparent harmlessness of the trade fairs, where there existed an atmosphere in stark contrast to the concept of war and the enormous destructive potential of the weapons.  Time and again, he experienced the “banality of evil” – a term coined by Hannah Arendt, during her report on the court case against Nazi criminal Adolf Eichmann, in Jerusalem in 1961. Teryoshin borrowed these words to define the shocking normality at the trade fairs.

“Simply said, humour is important to captivate the viewer.”

Searching for imagery that could deal with this contradiction, the photographer chose to use bizarre humour. His photographs direct the viewer's attention to trivialities, to oblique moments that capture a lack of perfection, and to unintentionally comical scenes, which,  when seen together, strike the viewer as all the more ambiguous. At each trade fair, Teryoshin is constantly on the move, always as discreetly as possible, but with the instincts of a hunter and collector; because finding the right picture is, as he says, “a bit like what I know from picking mushrooms”.

Globalisation, capitalism, the arms race: the photographer condenses these major subjects of world politics into small still life images that resonate all the more with the viewer because of their lightness, subversive tone and absurd comedy. At a first glimpse, scenes may appear like amusing scenarios only. Yet, upon closer observation, they reveal a frightening truth: the cynical reality of violence is illuminated. 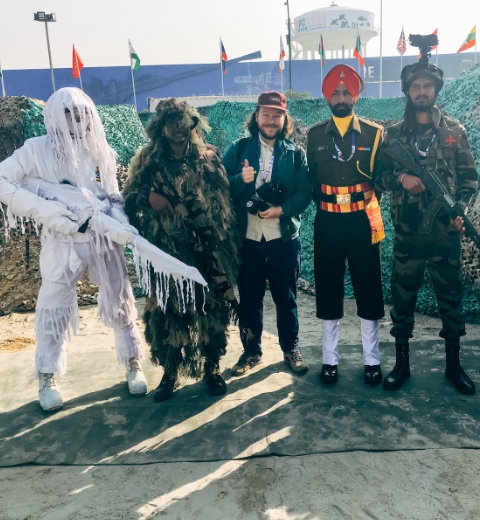 Born in Leningrad/St. Petersburg in 1986, Teryoshin grew up there and in Dortmund, Germany, where he studied Photography at college. He describes his long-term documentation as a mixture of “street, documentary and everyday horror”. He works as a freelance photographer for many German and international magazines. The “Nothing Personal” series was supported by the VG Bild-kunst and a PHmuseum grant, and has been exhibited and awarded on various occasions. Teryoshin lives in Berlin.