The “New Lisbon” series underlines the current dramatic situation of apartments and housing in Lisbon. As a result of the exploding property prices in the capital, over 10,000 tenants have already lost their homes. Highlighting individual stories, the Portuguese photographer (born 1993) reveals the consequences of progressive gentrification. 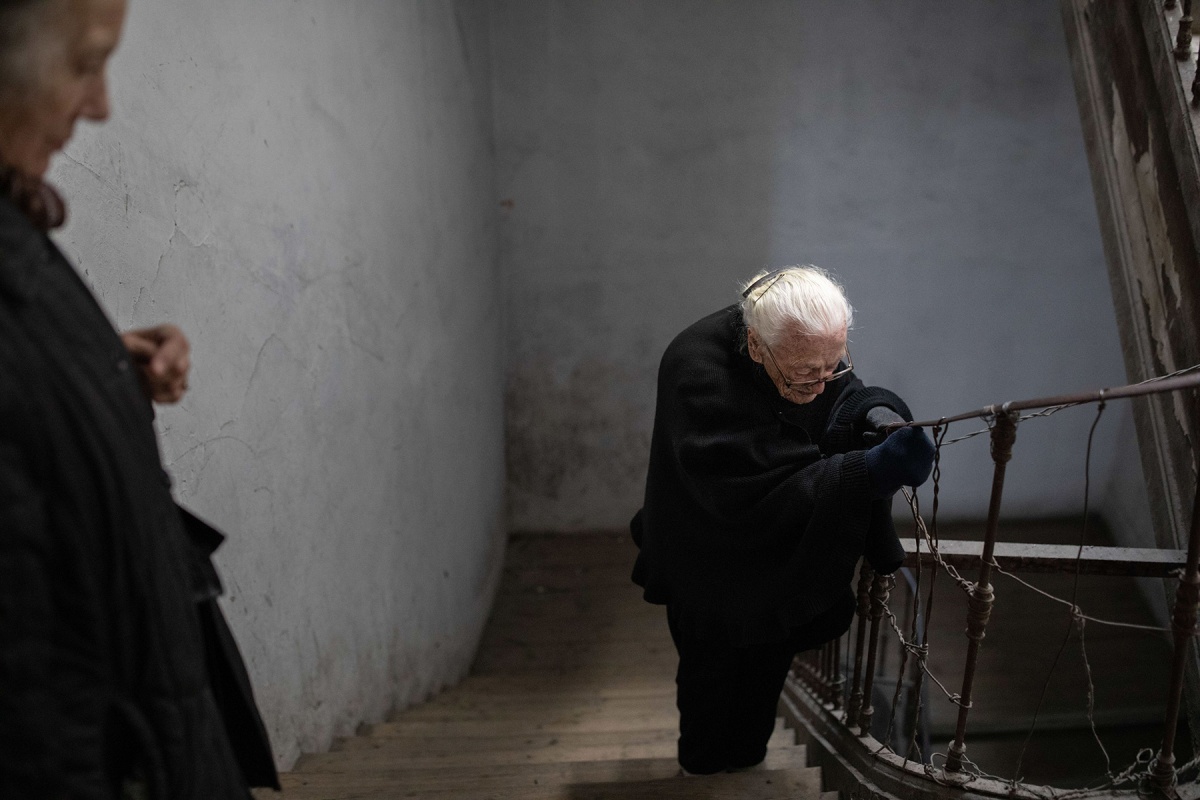 01
Emília, 93, lost her eyesight ten years ago: “I was born here and I raised three boys in this small apartment. This is all I know. If I am evicted, how will I survive on my own in another place?”; November, 2019. 02
Clothes hang out to dry at a squat in Lisbon. Close to 10 people live in this abandoned structure; November, 2019. 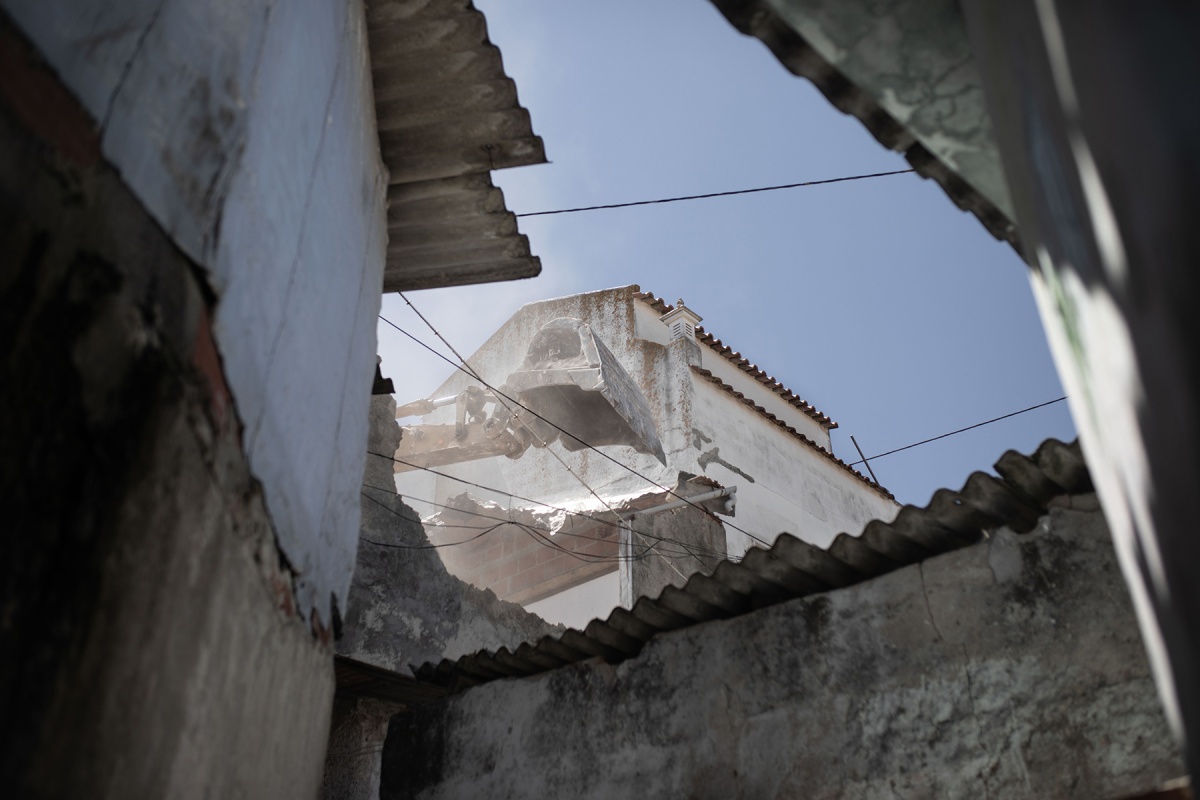 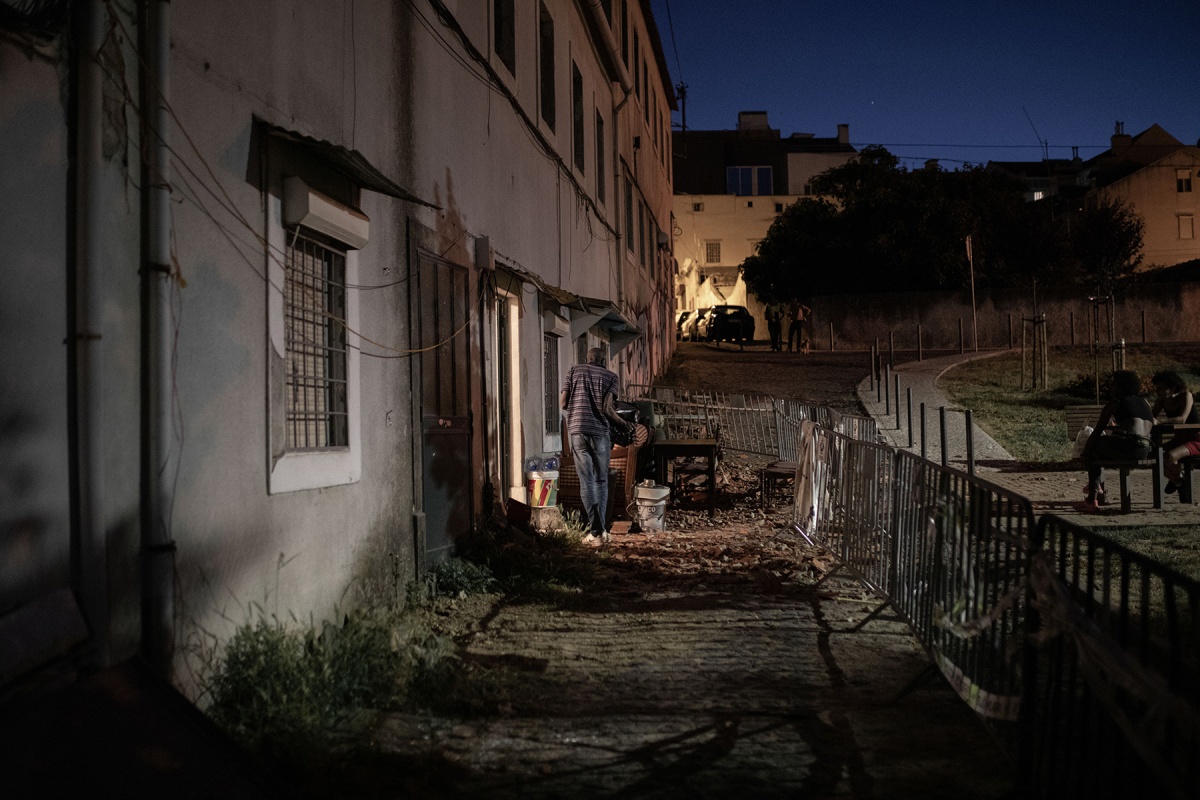 04
A man takes things out of his home in Quinta de Santo António. He was a part of a group of 30 people who were occupying these abandoned homes and were evicted by Lisbon’s City Hall; May, 2019. 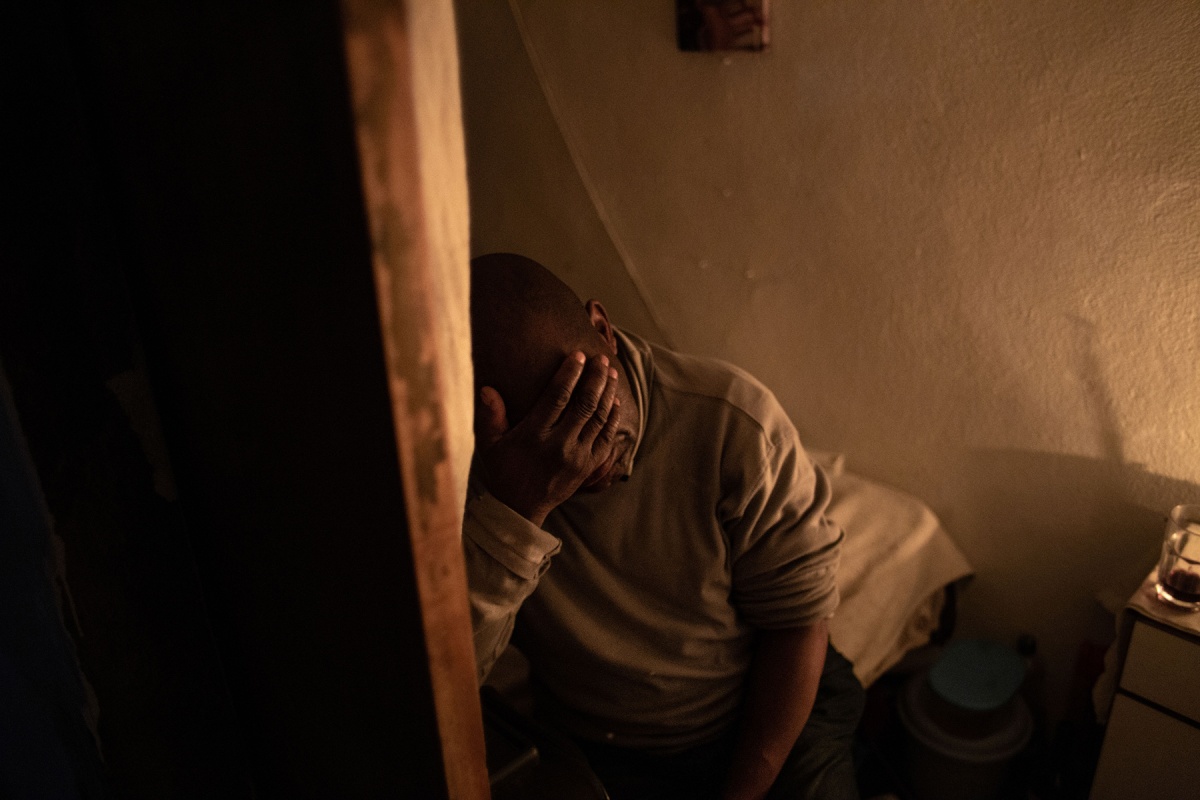 05
Cota Lopes, a former construction worker from Angola, got injured at a construction site and has since fallen on the path of homelessness; December, 2019. 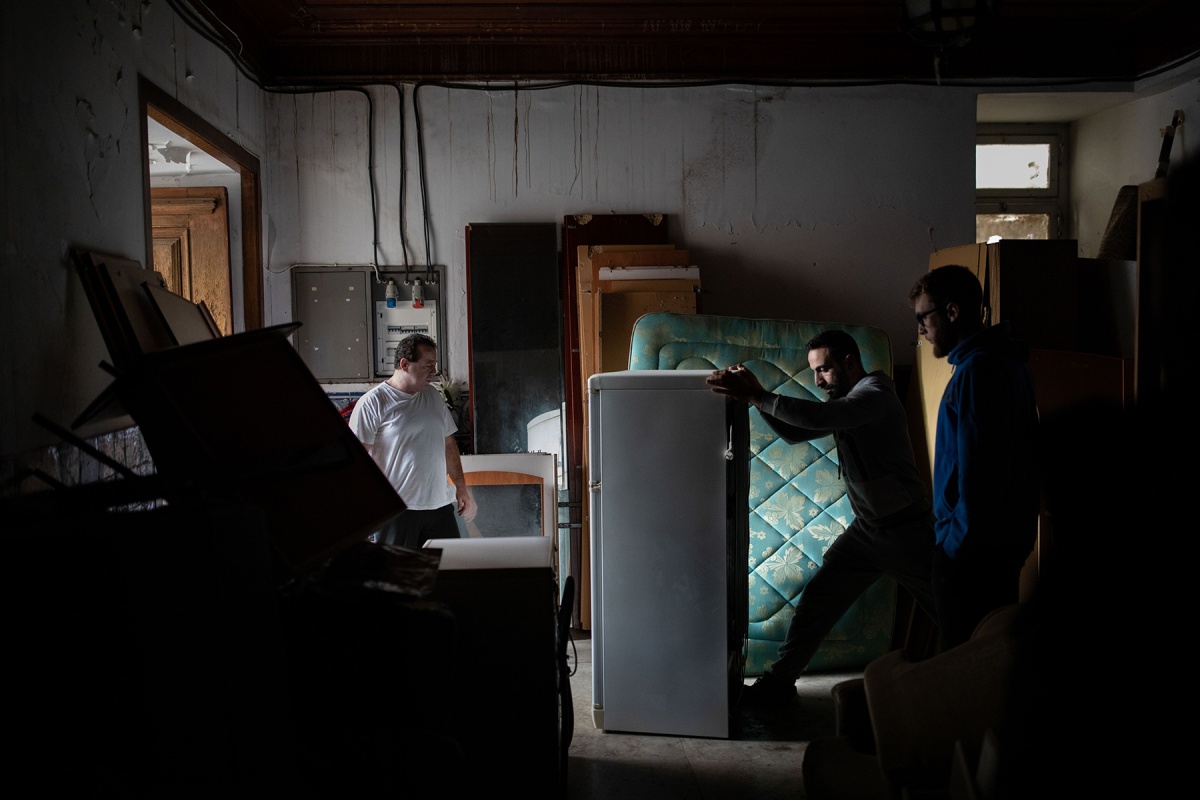 06
Maria Pereira, 78, is homeless. Her son examins her household effects in a storage where the landlord dumped her things; November, 2019. 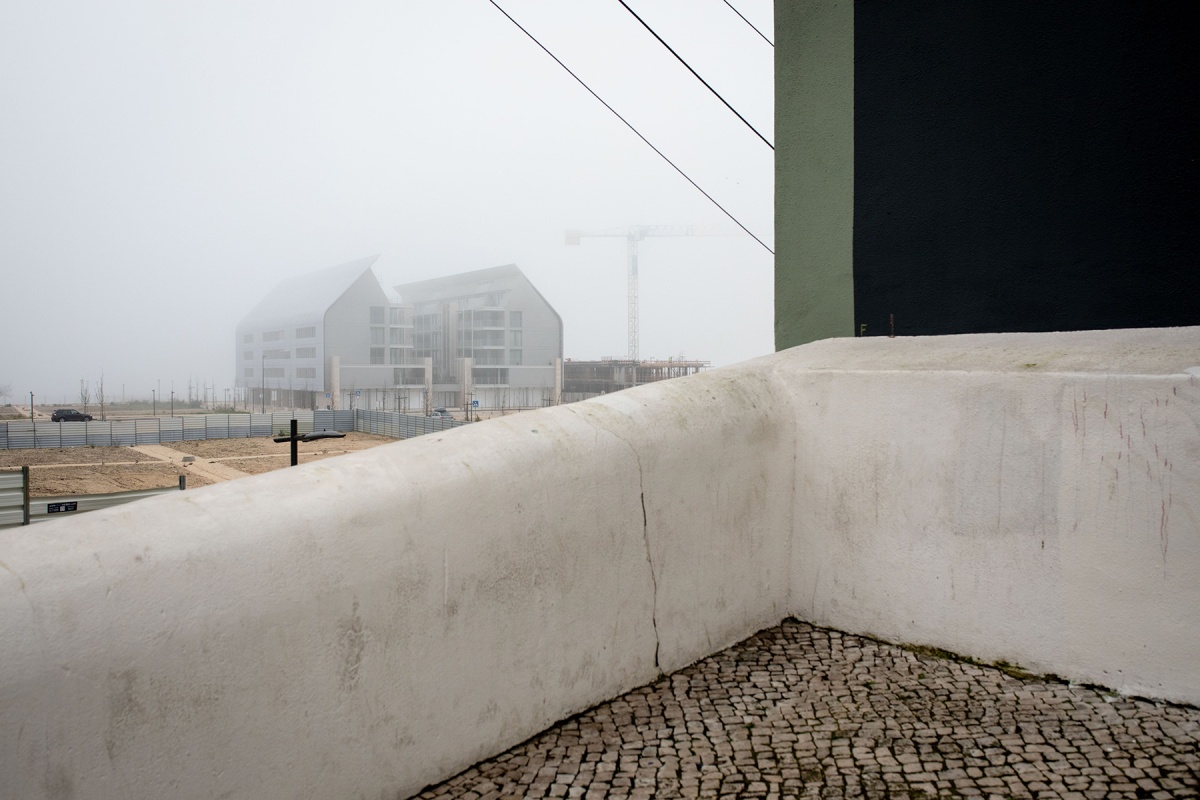 07
The Prata luxury development in Marvila is a project by Renzo Piano, a recipient of the Pritzker Architecture Prize. This is the first of 12 buildings that aim to “revolutionise Lisbon”. In this area, property prices have gone up by 80 percent; January, 2019. 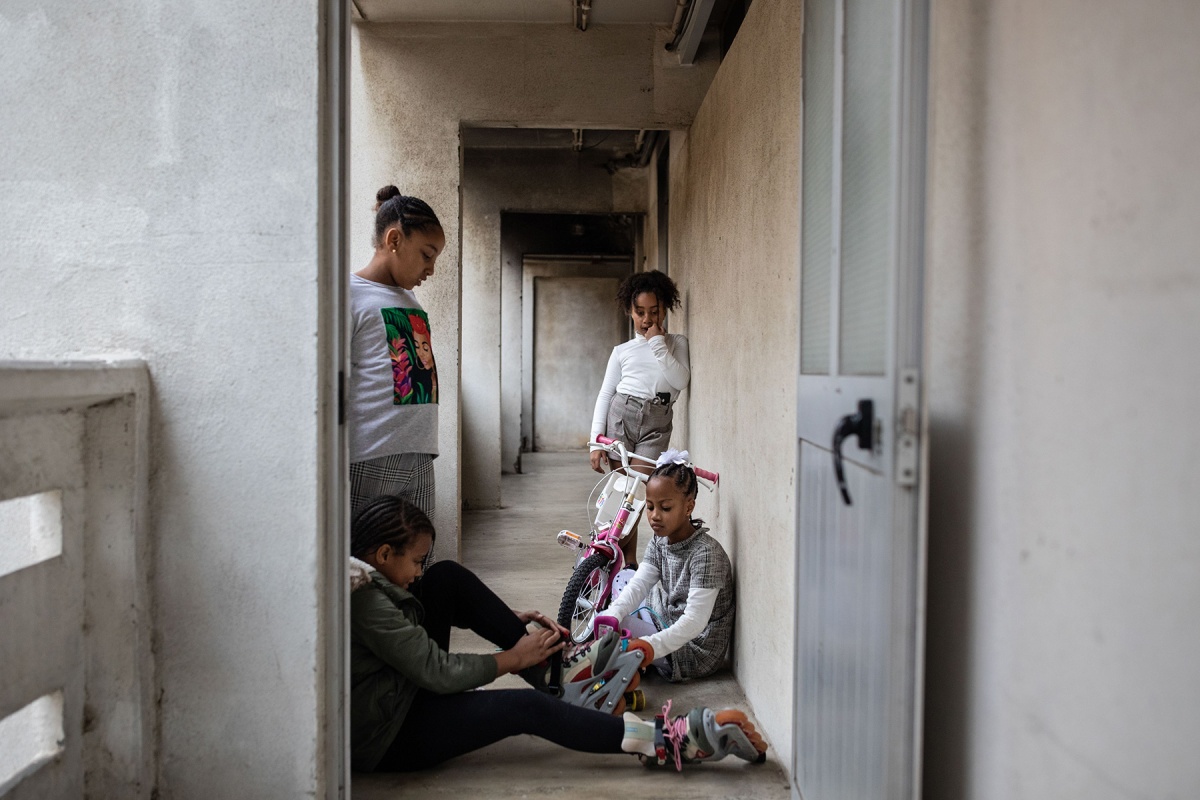 08
Fabiana (left) plays with her friends on a Sunday afternoon in Zona J, Lisbon. Her mother Edna has been squatting in an abandoned apartment in this neighbourhood for the last 3 years; December, 2019. 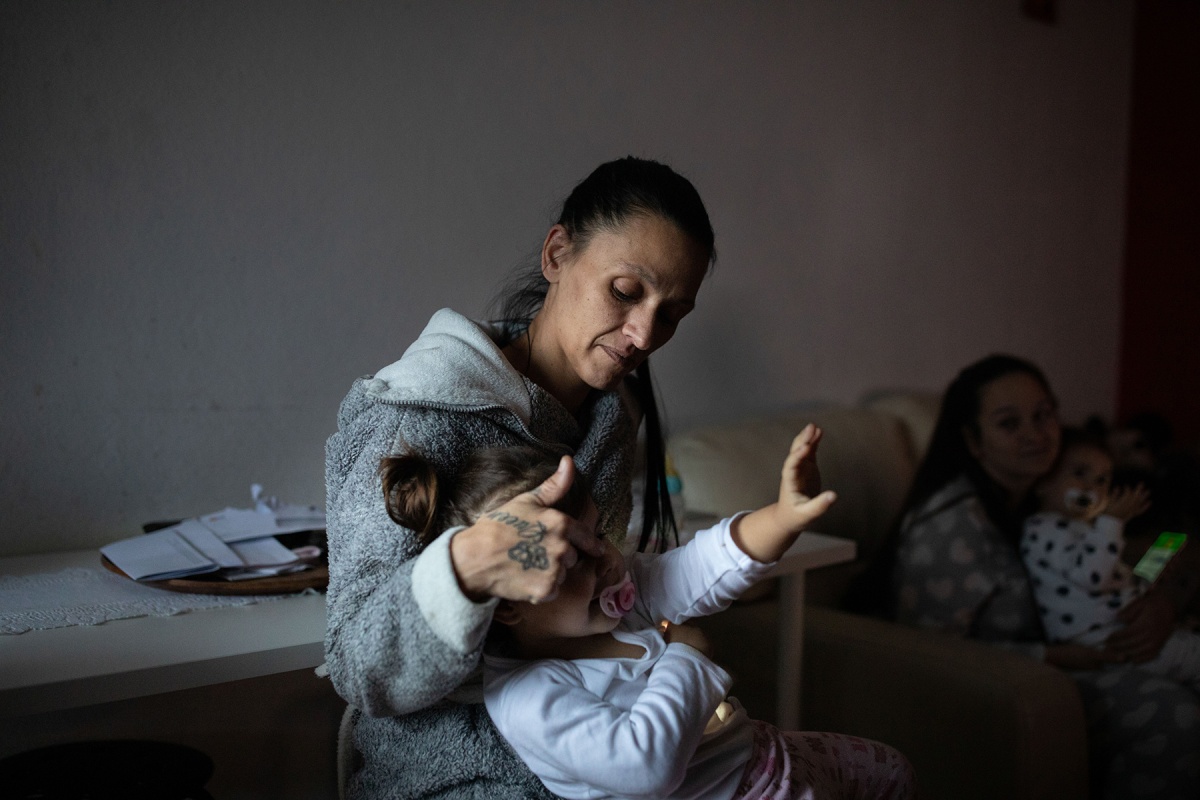 09
Joana, 36, has been squatting in this apartment with her five children and two small grandchildren for more than a year. For five years, she has been on waiting lists for social housing; but her requests have never been granted; January, 2020. 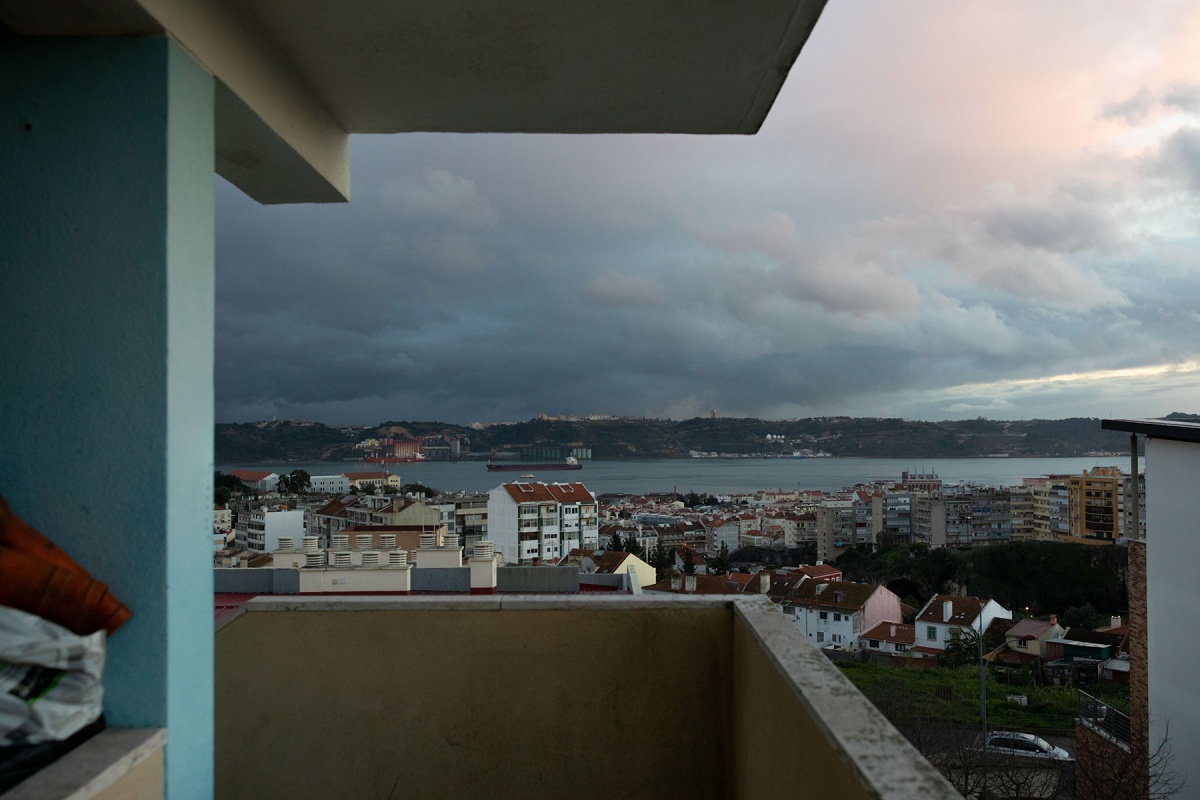 10
The view from Joana Ferreira’s home in Lisbon. They have been occupying this home for more than a year, because they cannot afford housing on the private market; January, 2020. 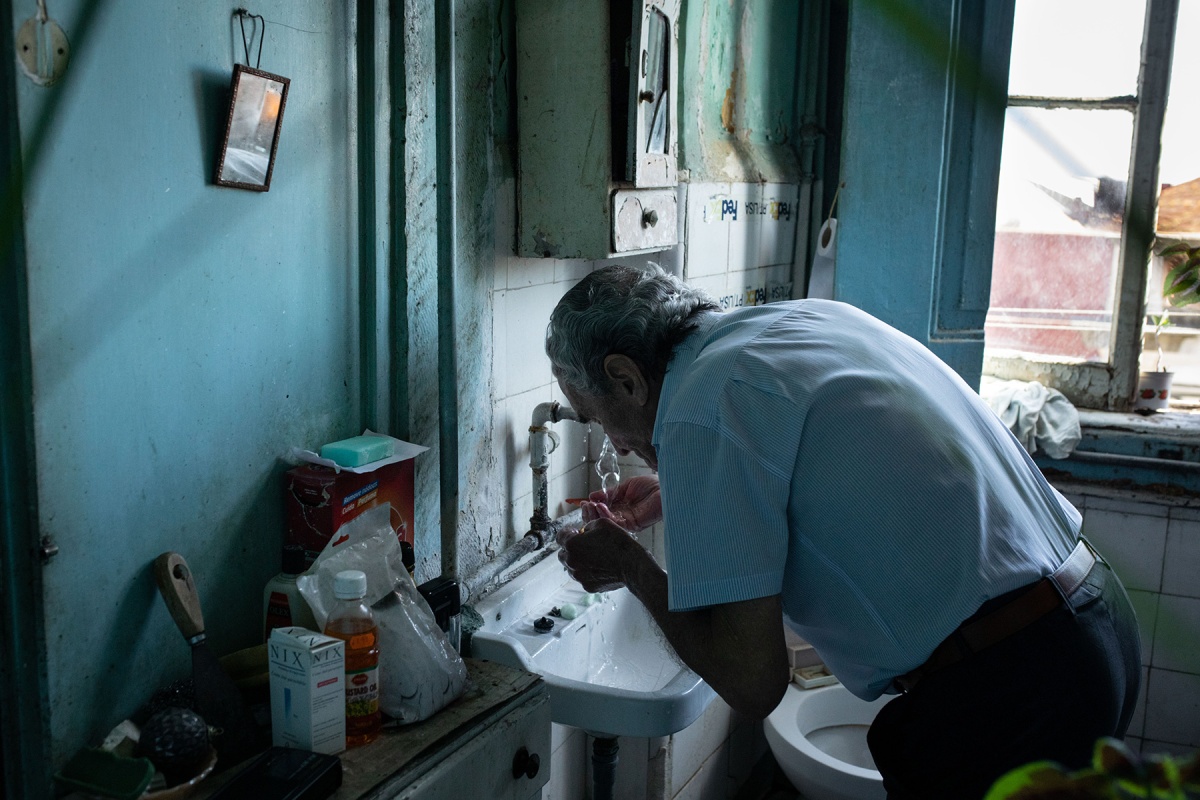 11
The 87 year-old Zé Maria was born in this apartment. Although his house is in need of serious restoration, he does not wish to be housed somewhere else. He has been faced with eviction, since 2017; March, 2019. 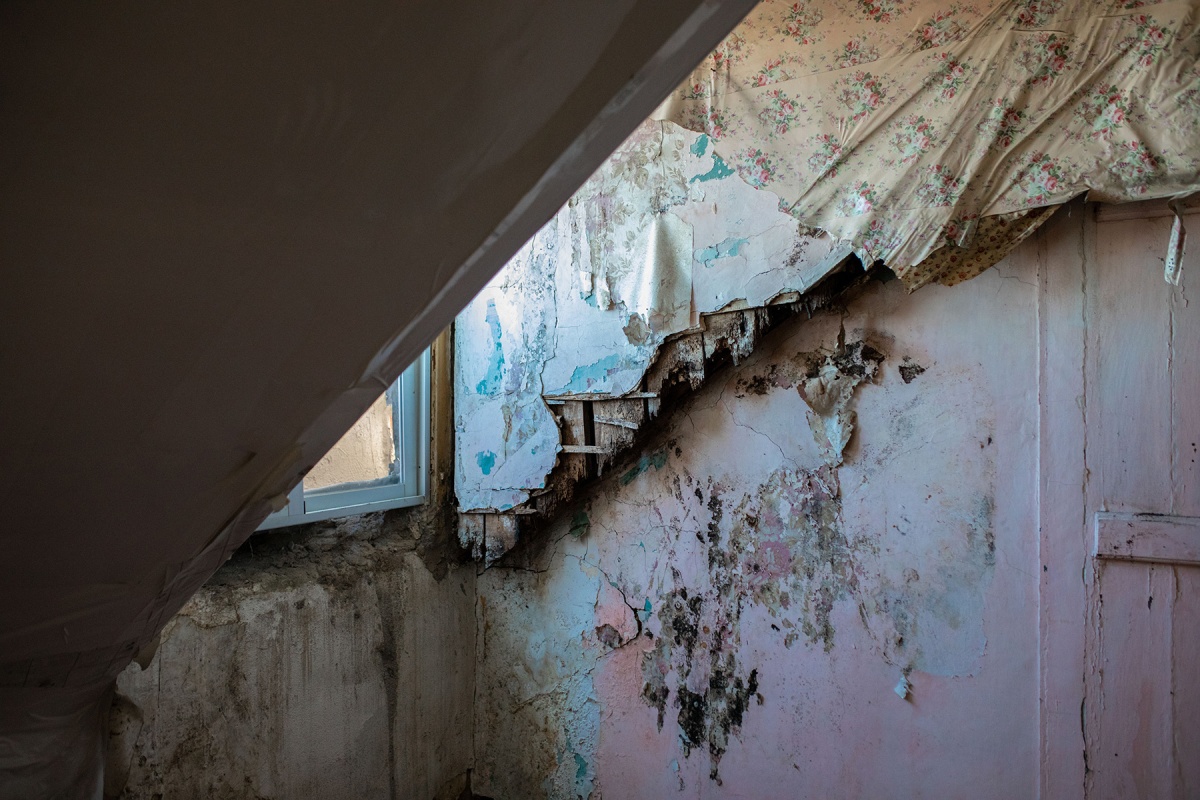 12
With the goal of evicting the tenants, the companies who own Casa Santos Lima hired a construction crew to wreck the unoccupied apartments in the building; January, 2019. 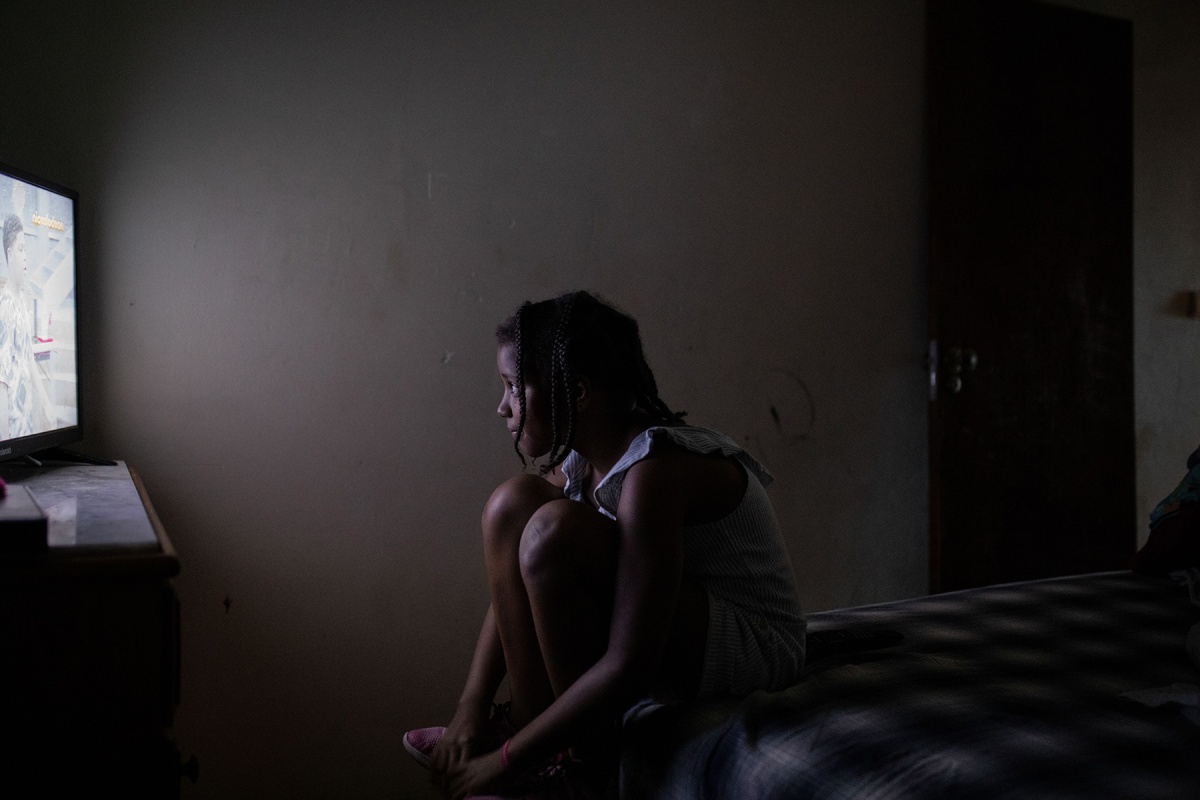 13
Fabiana watches TV at her occupied apartment in Zona J, Lisbon. According to housing rights activists, there are hundreds of families with no other option than to occupy abandoned apartments; October, 2019. 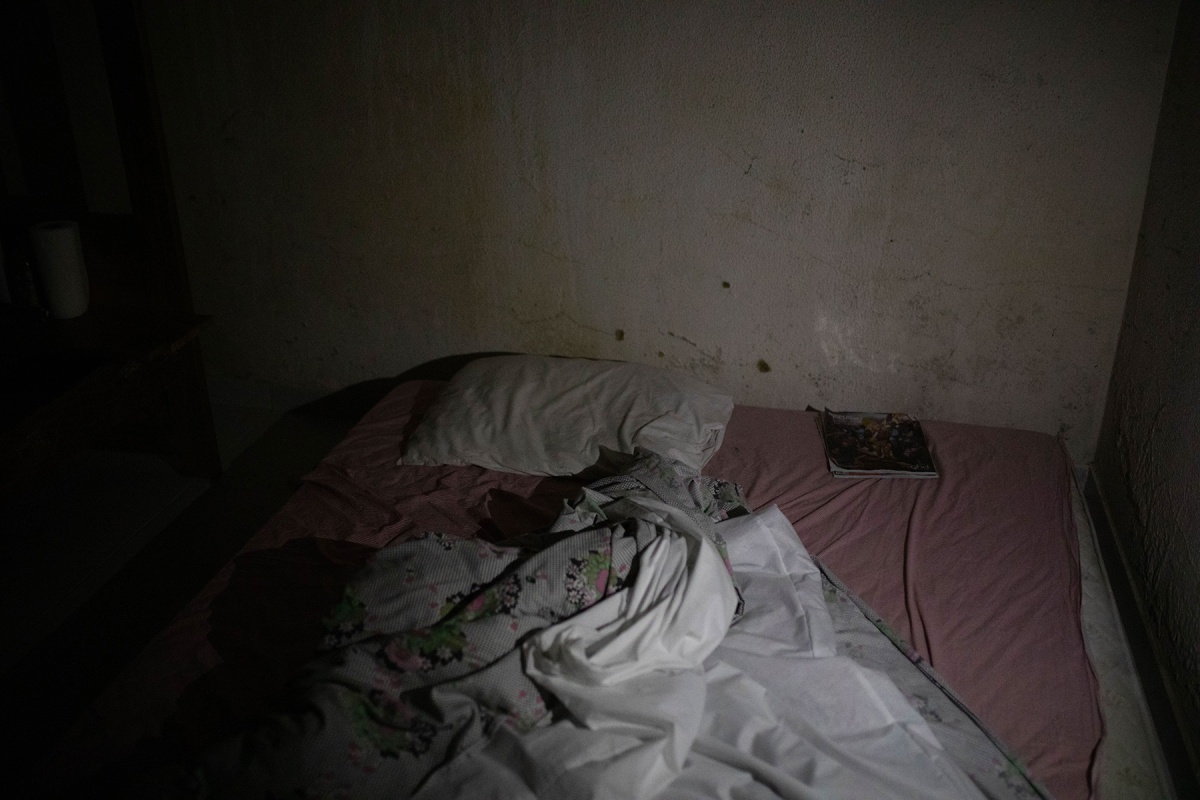 14
The bed in an occupied home where Dulce, a migrant from São Tomé, has been sleeping for the last two months. She works as a cleaning lady at a company that rents apartments to tourists in the City Centre; 2019. 15
“Most days, I don’t even have the appetite to eat. This uncertainty ruins a person’s health,” says Nelita, who is threatened with losing her home; 2019. 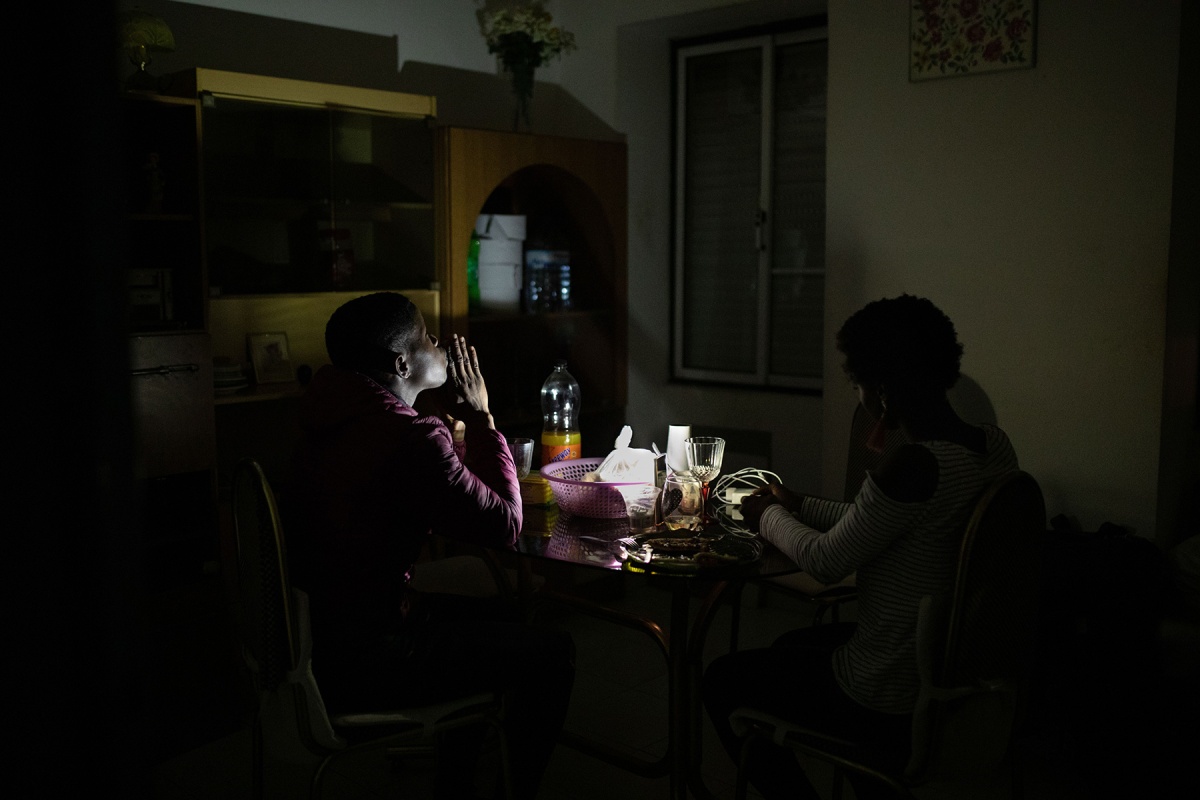 16
A couple have dinner by the light of a cellphone, because the police cut the power. They have been occupying this abandoned home for a few months; May, 2019. 17
Cota Lopes, a former construction worker from Angola, got injured at a construction site, and has since fallen on the path of homelessness; December, 2019. 18
Maria Pereira gets ready for another sleepless night in Gare do Oriente, Lisbon. She was put out on the streets by her landlord, who changed the lock on her door; September, 2019. 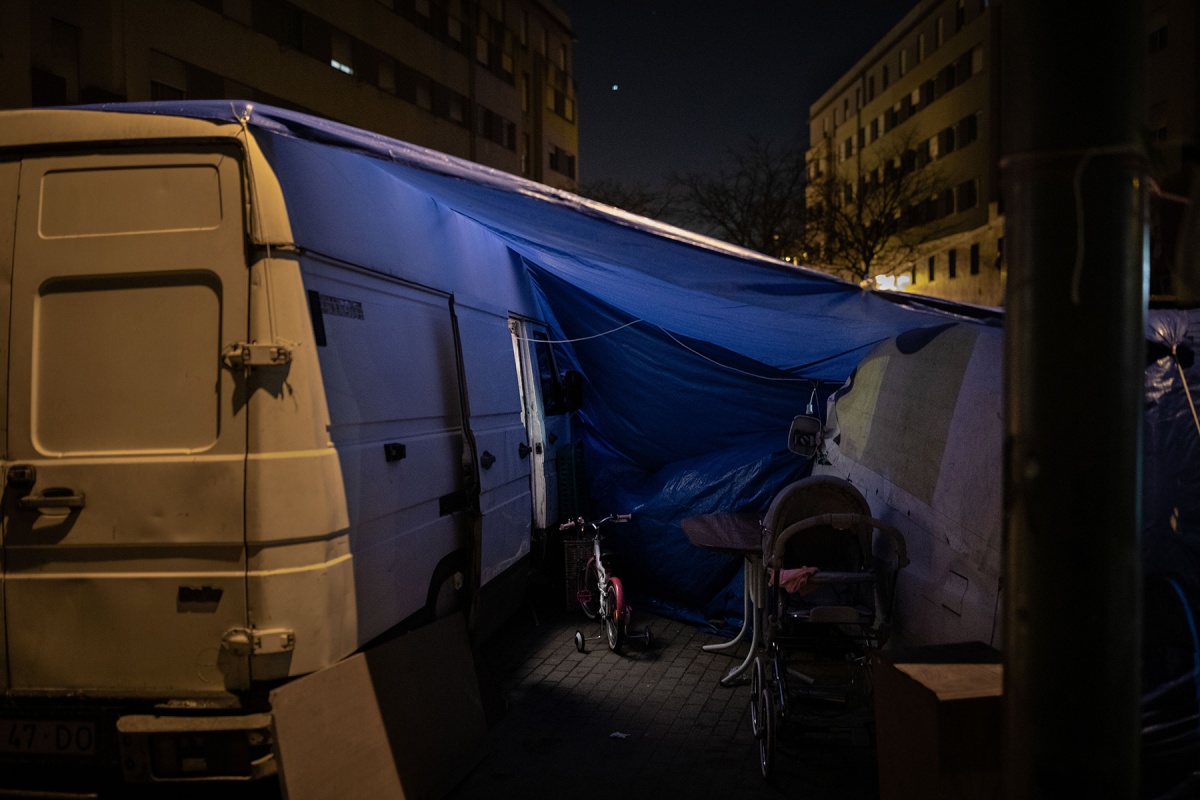