Over the last five years, the Italian photographer (born 1985) spent periods of weeks and months in La Guajira, a Colombian peninsula that is home to the indigenous Wayúu people. Border struggles, a lack of water, poverty, coal mining in the middle of a desert, being a transit point for migrants and smugglers; all give rise to the toughest of living conditions. 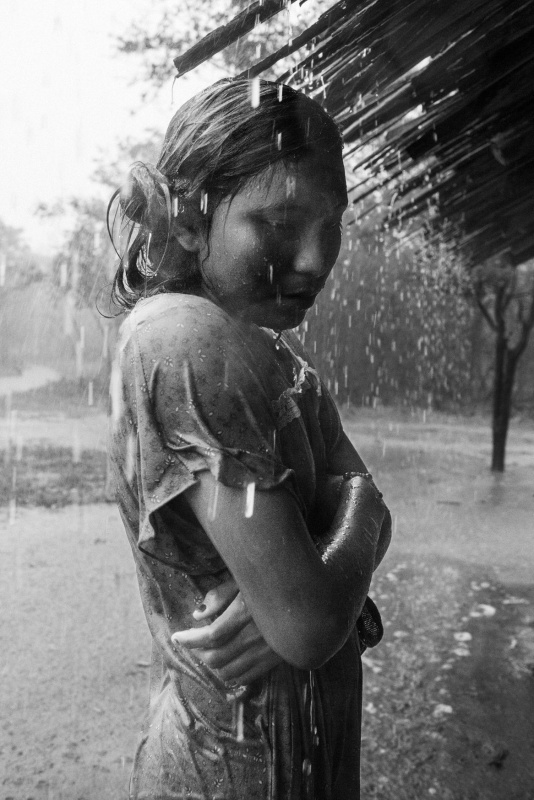 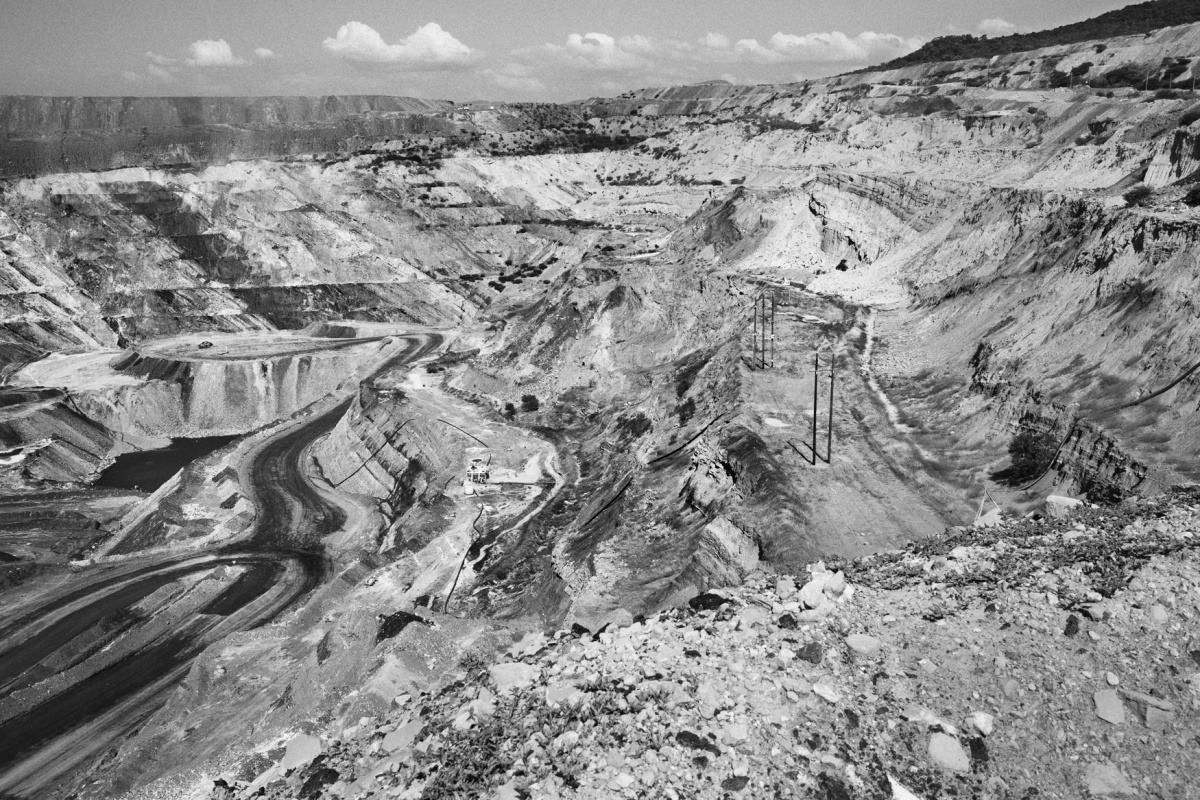 02
A coal pit at Cerrejón, one of the world’s largest open-pit coal mines. The Wayuu say the mine consumes the already scarce water. Villa del Rosario, August 2016 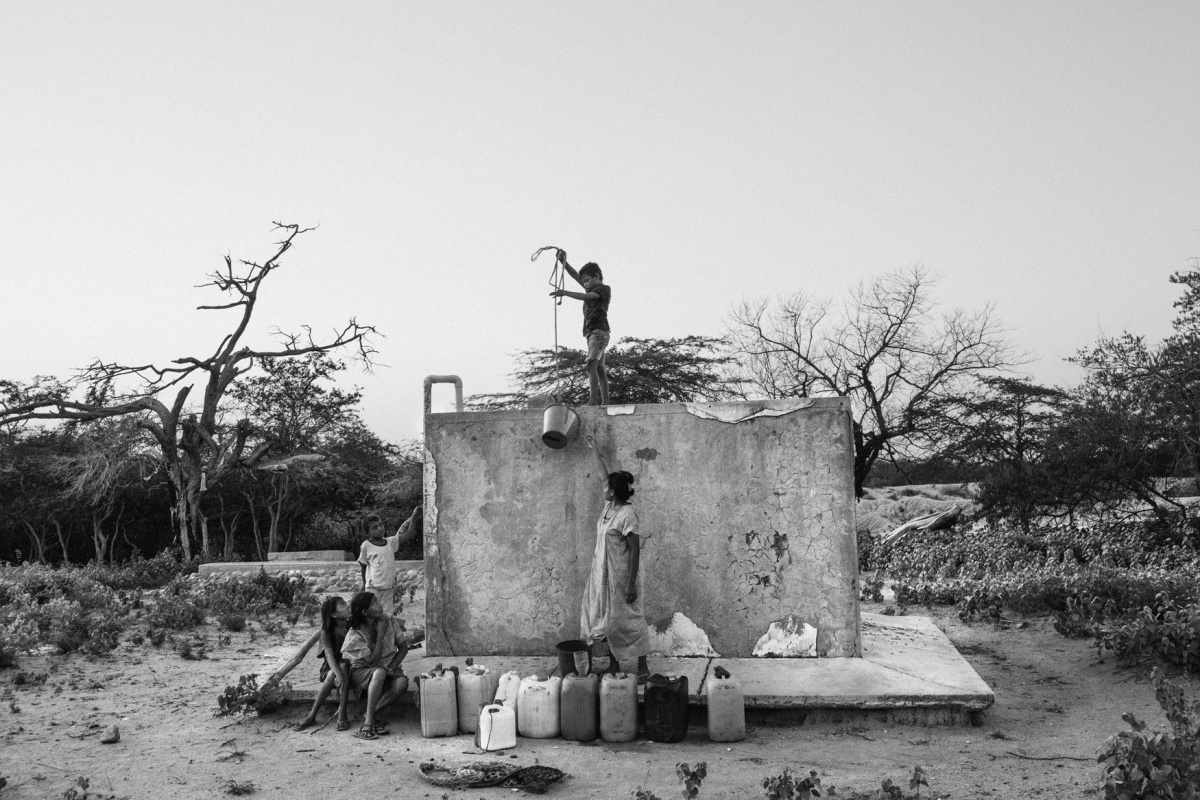 03
People get water from a tank, filled by a local NGO and distributed to the community. June 2016 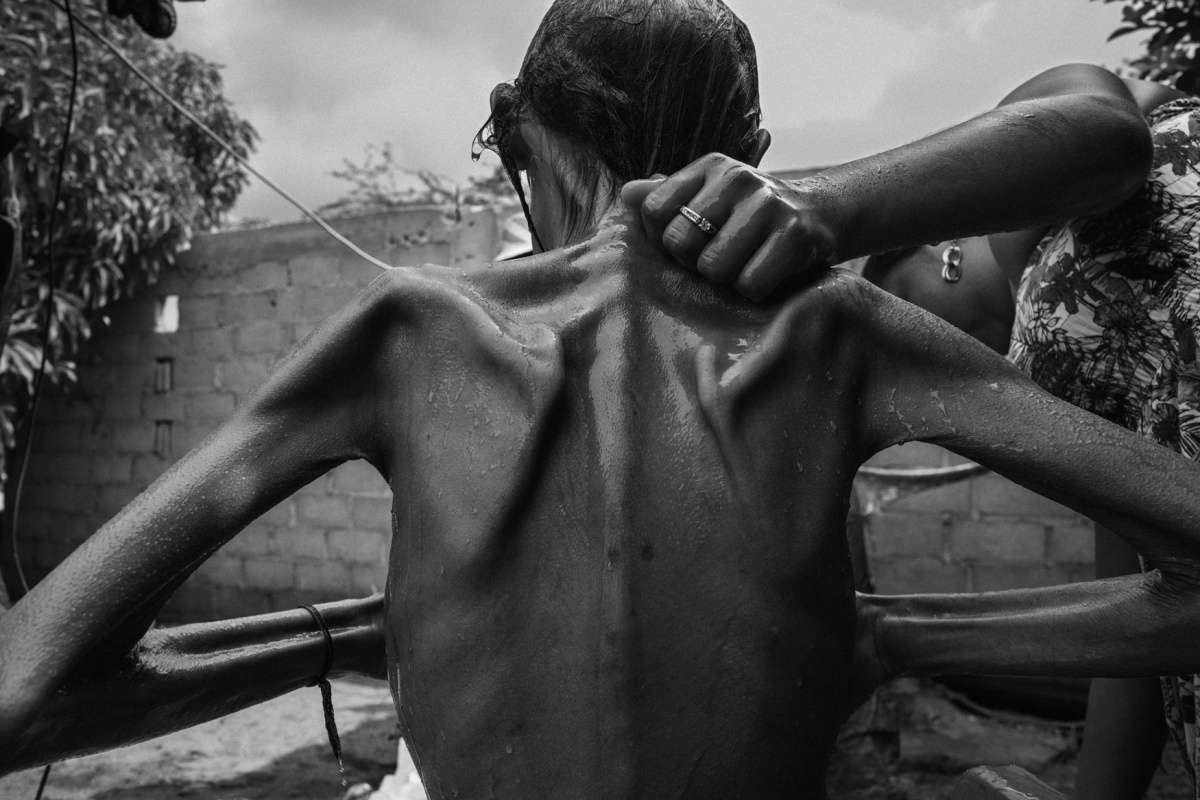 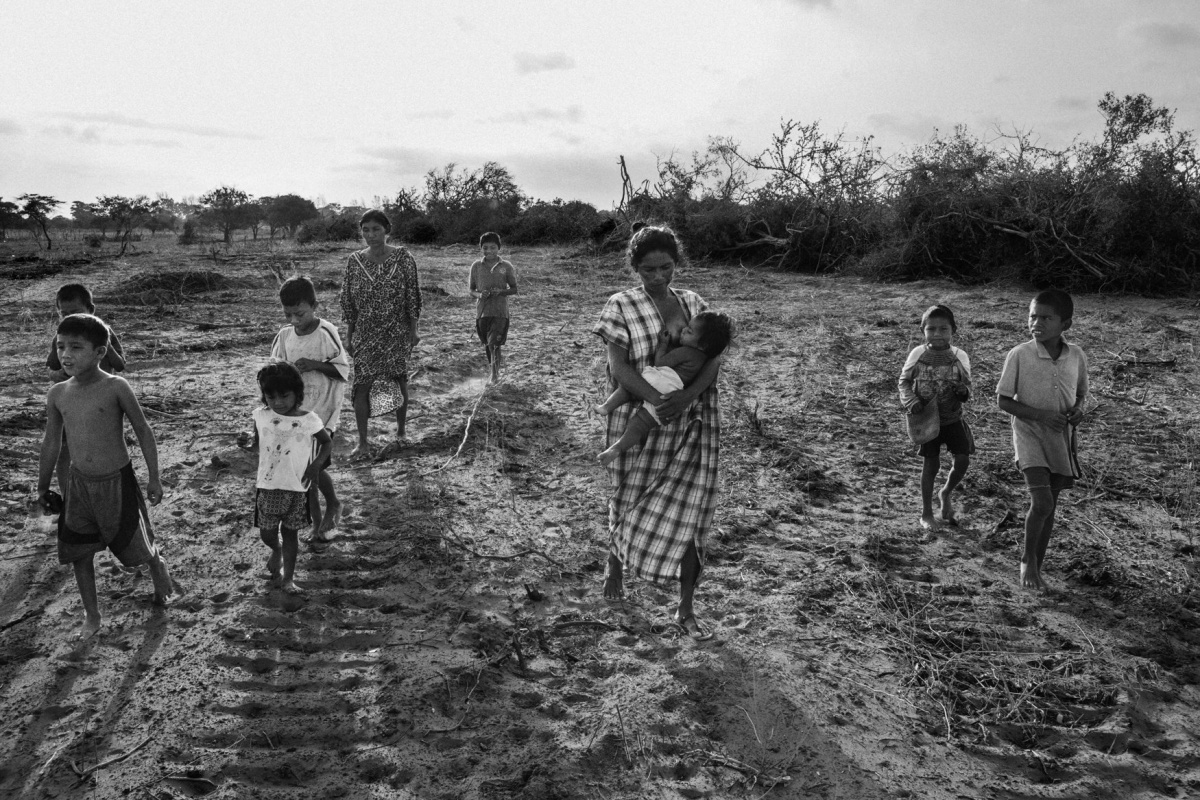 05
Family members walk on land that was taken from them. The strategic position made it interesting for local investors. July 2016 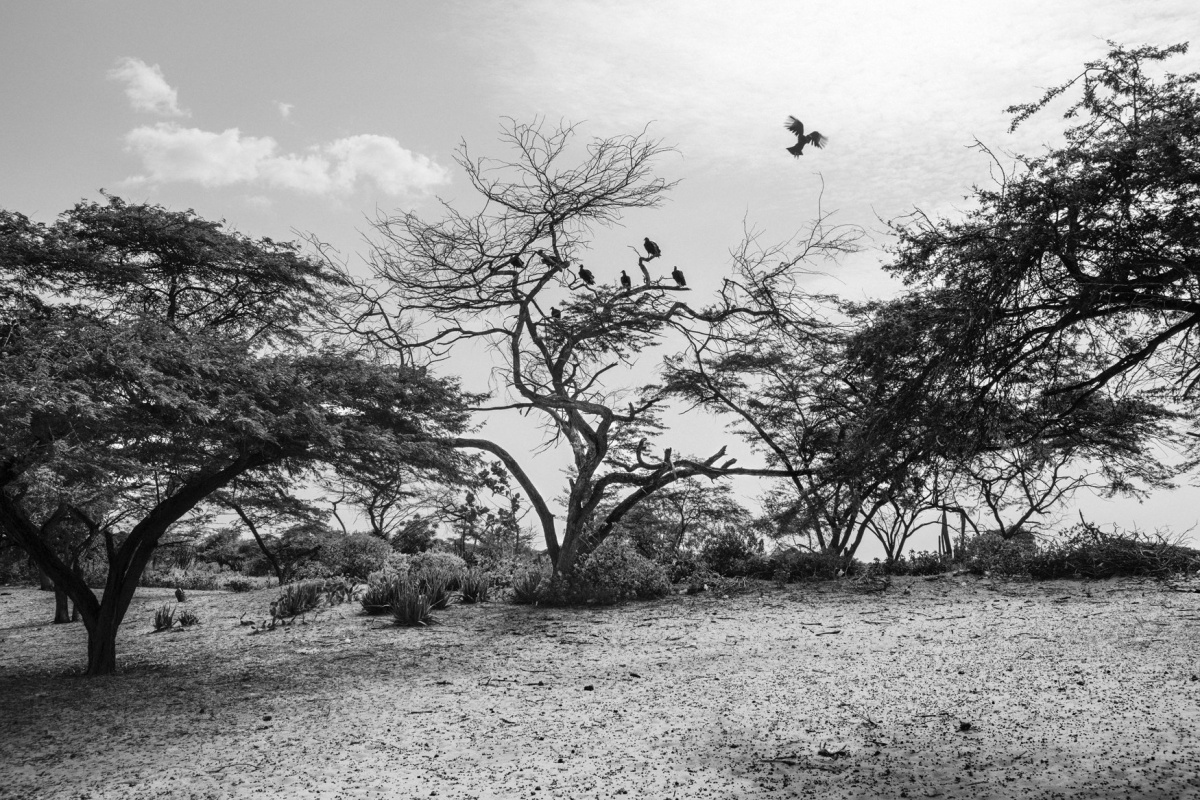 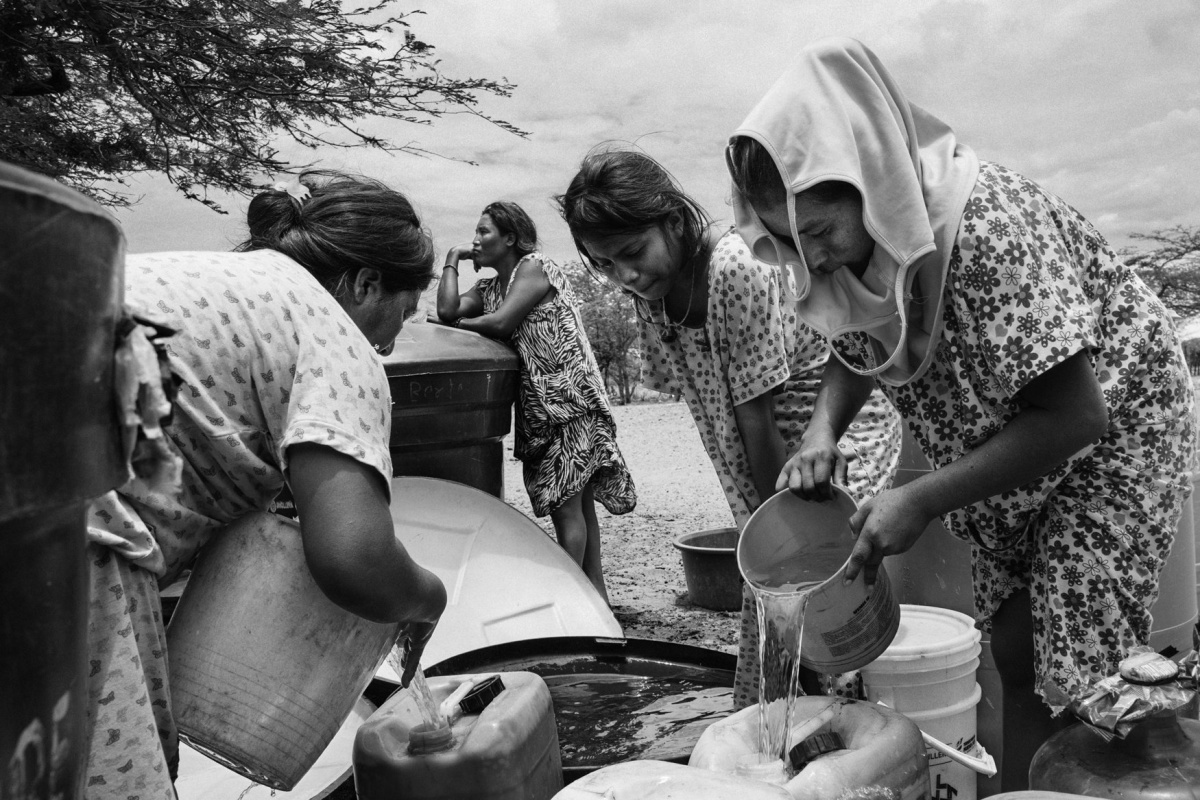 07
People fill tanks with water from a truck, brought by a Bogota-based NGO which supplies water to more than 32 communities around the municipality of Manaure, every day. August 2016 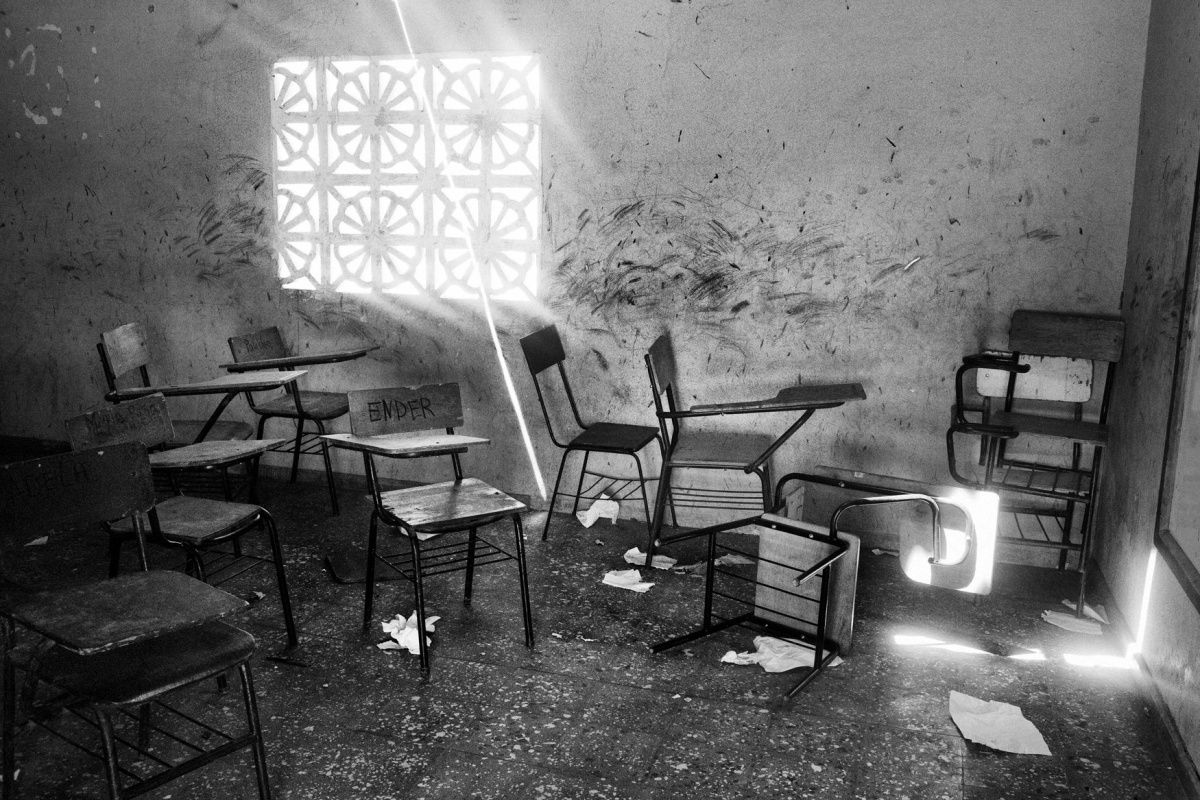 08
Sunlight shines through a window, inside an abandoned school. Built by the government, the school was never active, as no teaching program was put in place. June 2015 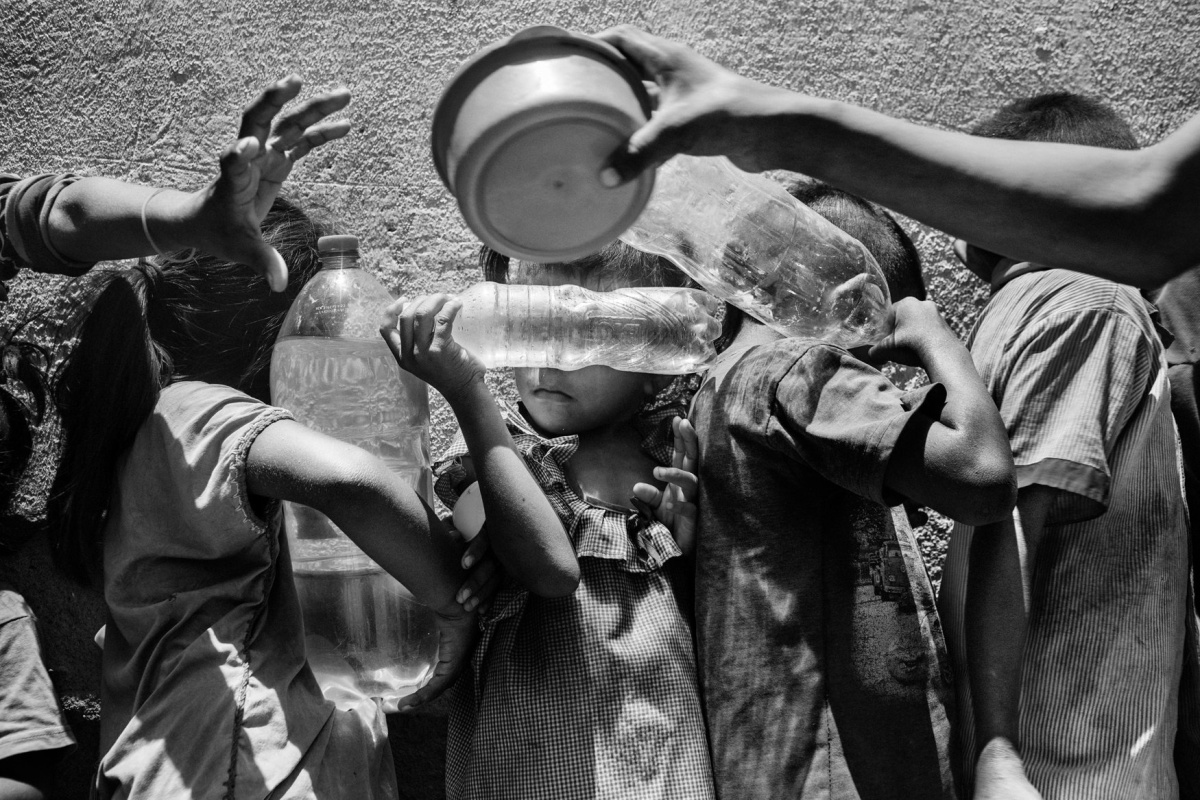 09
Venezuelan children wait in line for a free meal from a charity organization. They hand over their plastic bottles to be filled with drinking water. August 2019 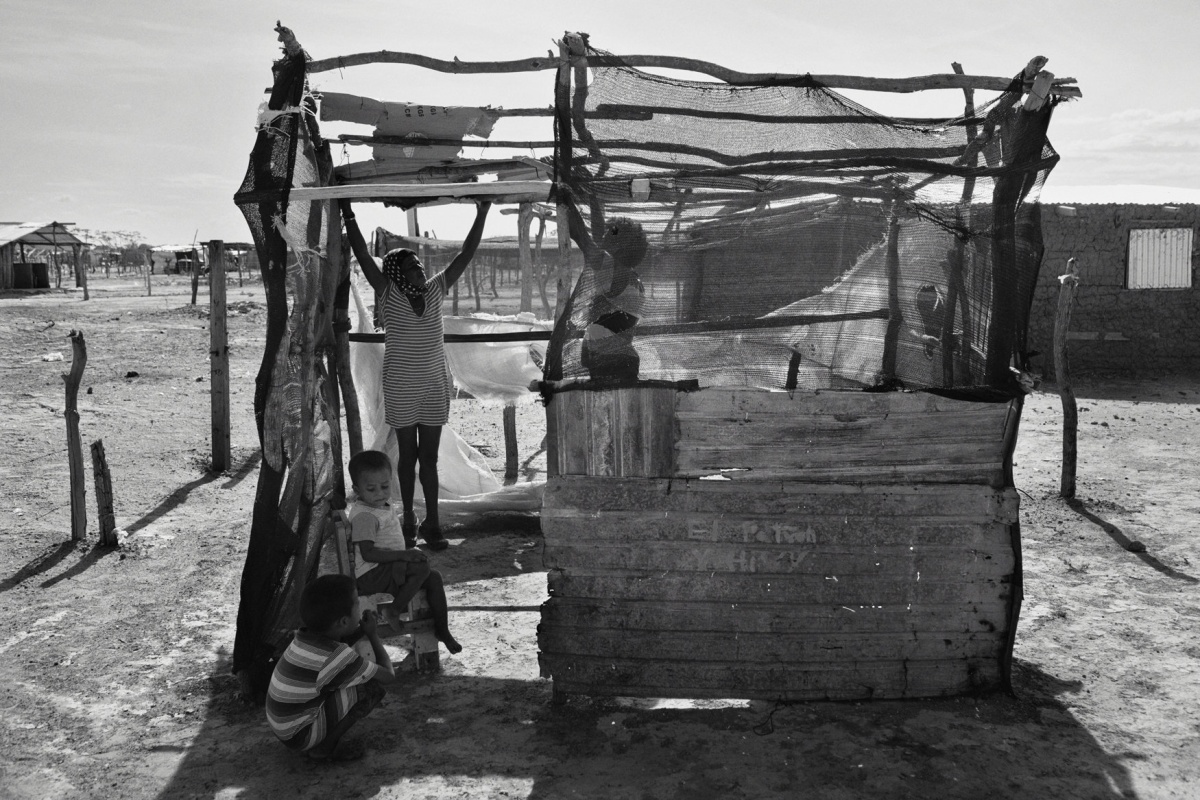 10
A woman is building a shack in an informal migrant settlement in the desert of La Guajira, close to the indigenous town of Uribia. July 2019 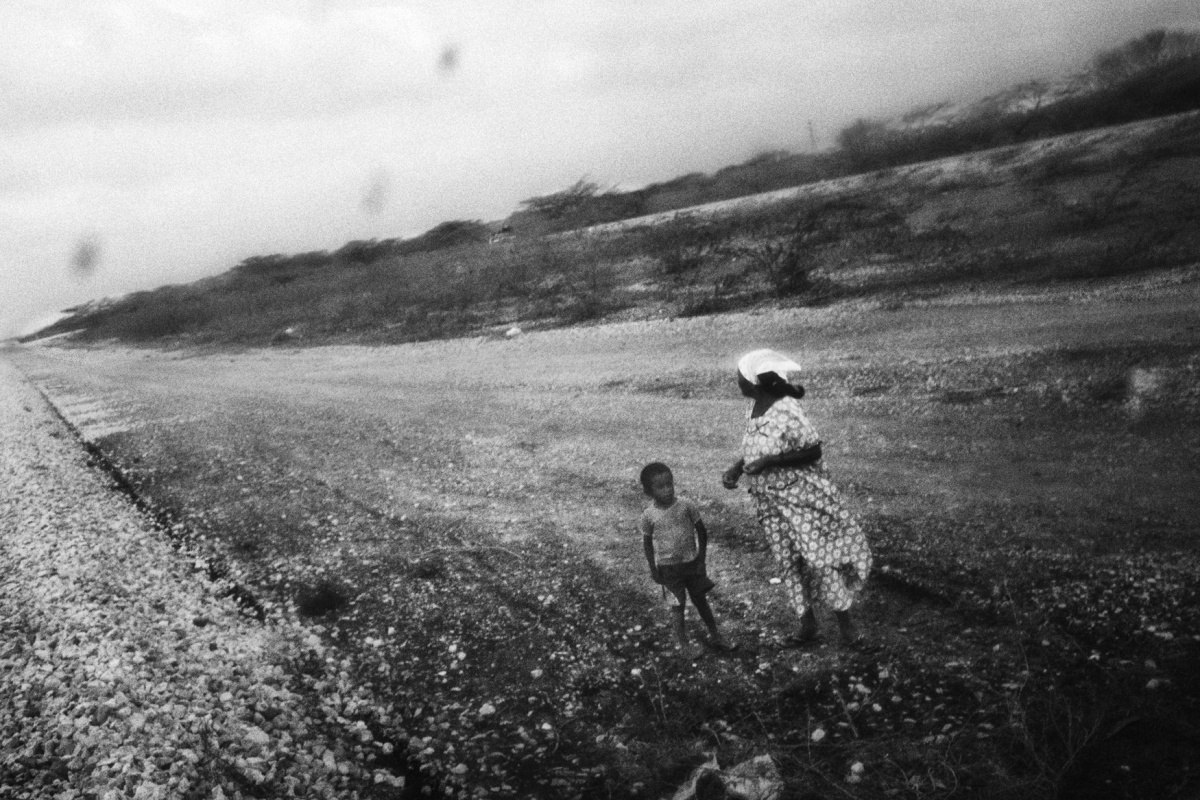 11
The Cerrejón train passes by, transporting coal from the municipality of Albania to Puerto Bolívar. Coal dust has spoiled the land. May 2015 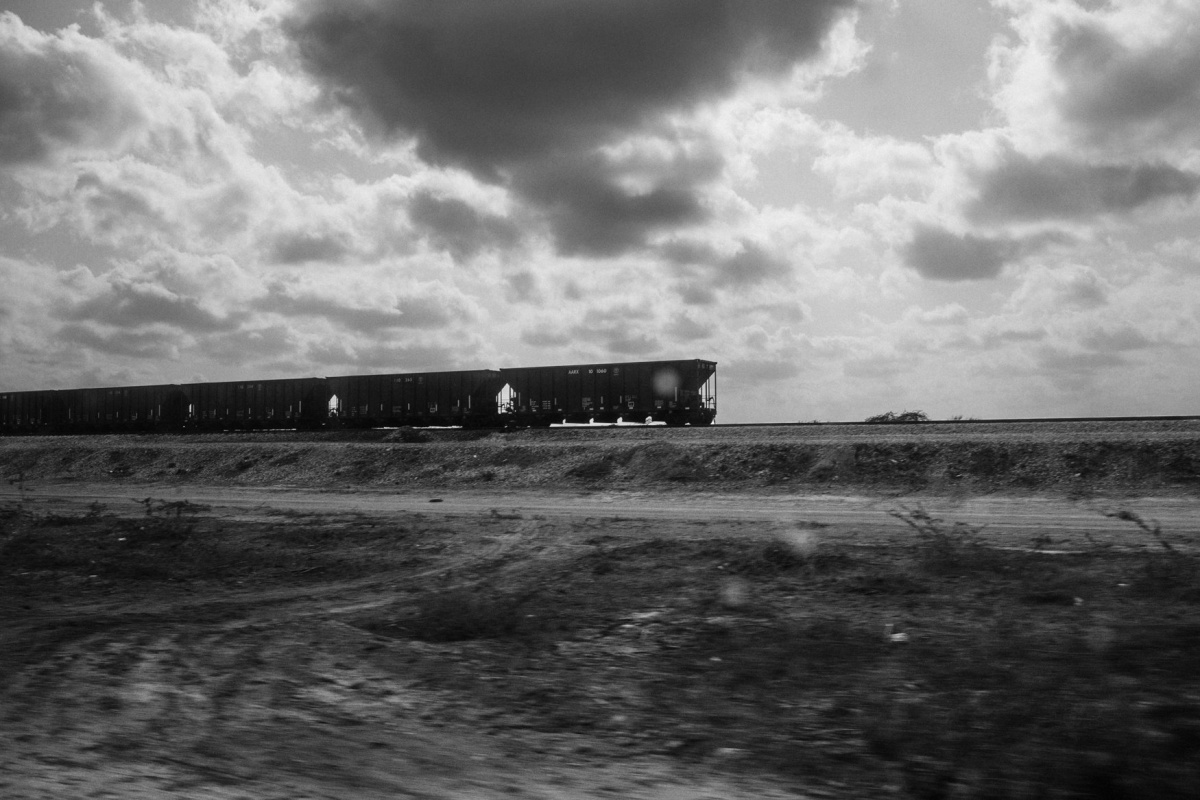 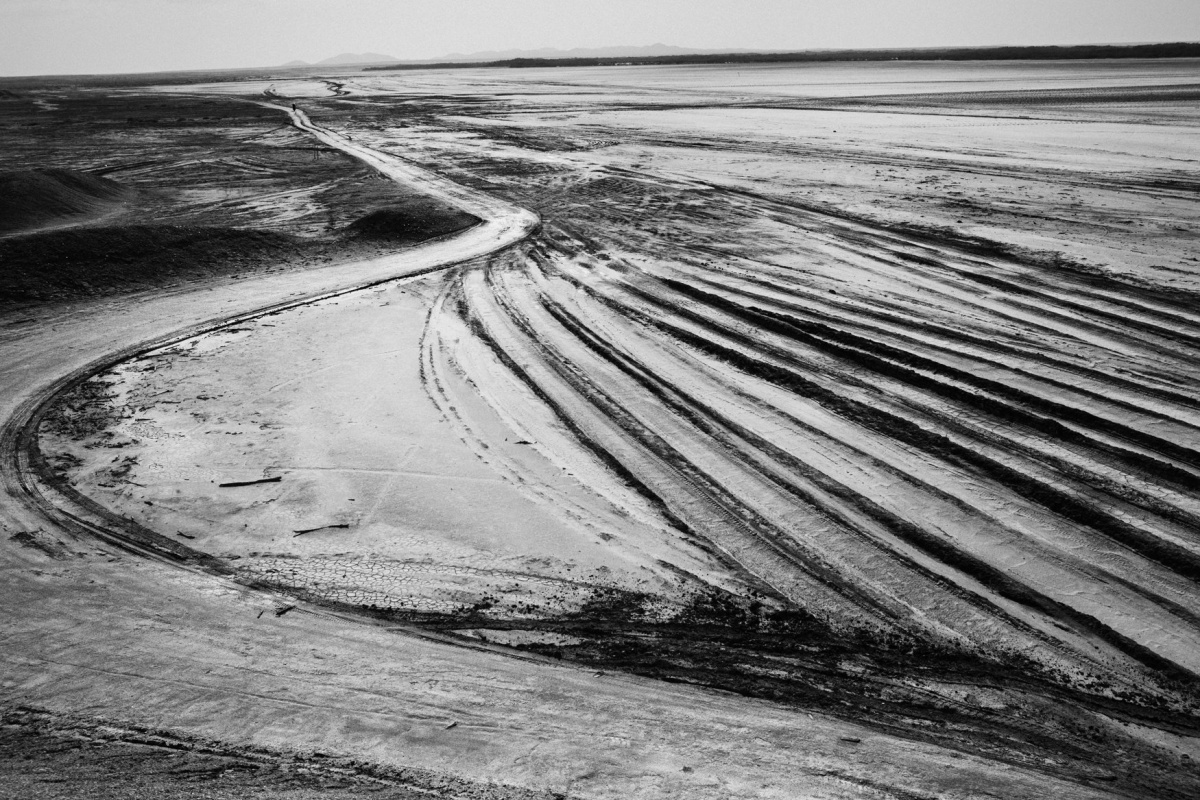 13
A view of one of the highest routes through La Guajira desert. Locals say that these routes are used by gasoline and drug smugglers. August 2016 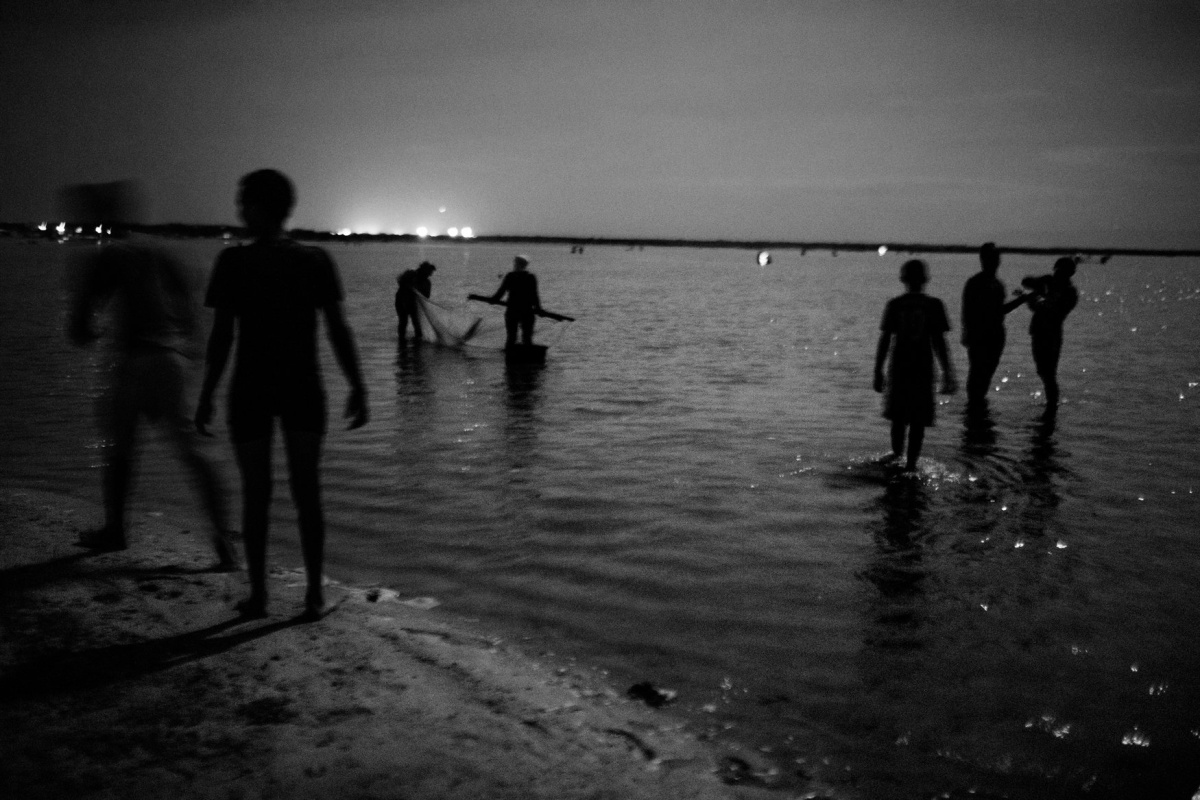 14
People fish for prawns in the lagoon of Camarones, La Guajira. July 2019 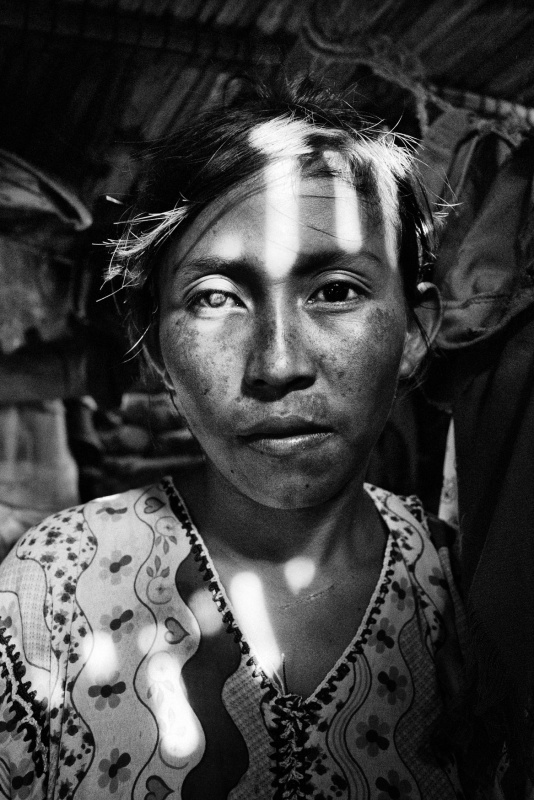 15
Francia Epiayu, 19, is seen during her third pregnancy in 2015. She said one of her children died from malnutrition; and that she became blind, during her pregnancy. June 2015 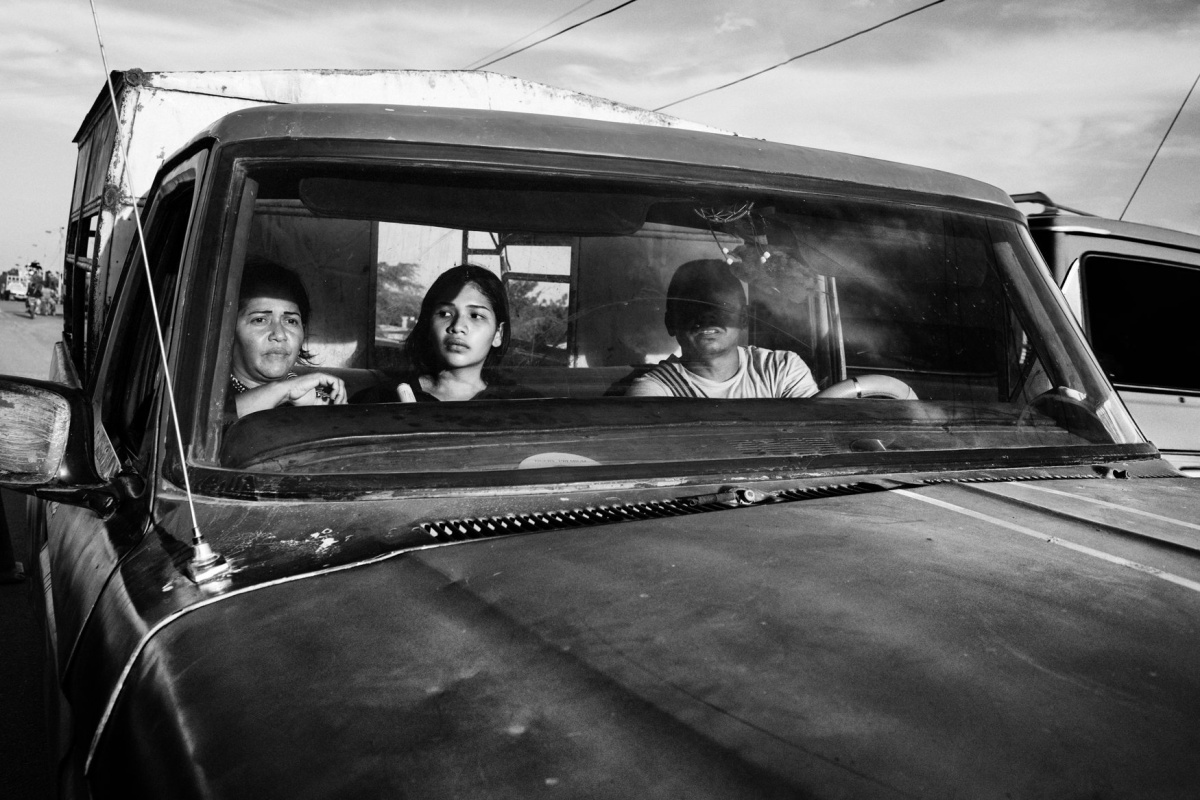 16
Migrants sit in a truck at the border town of Paraguachón, Colombia, waiting for a ride to the major city of Maicao. August 2019 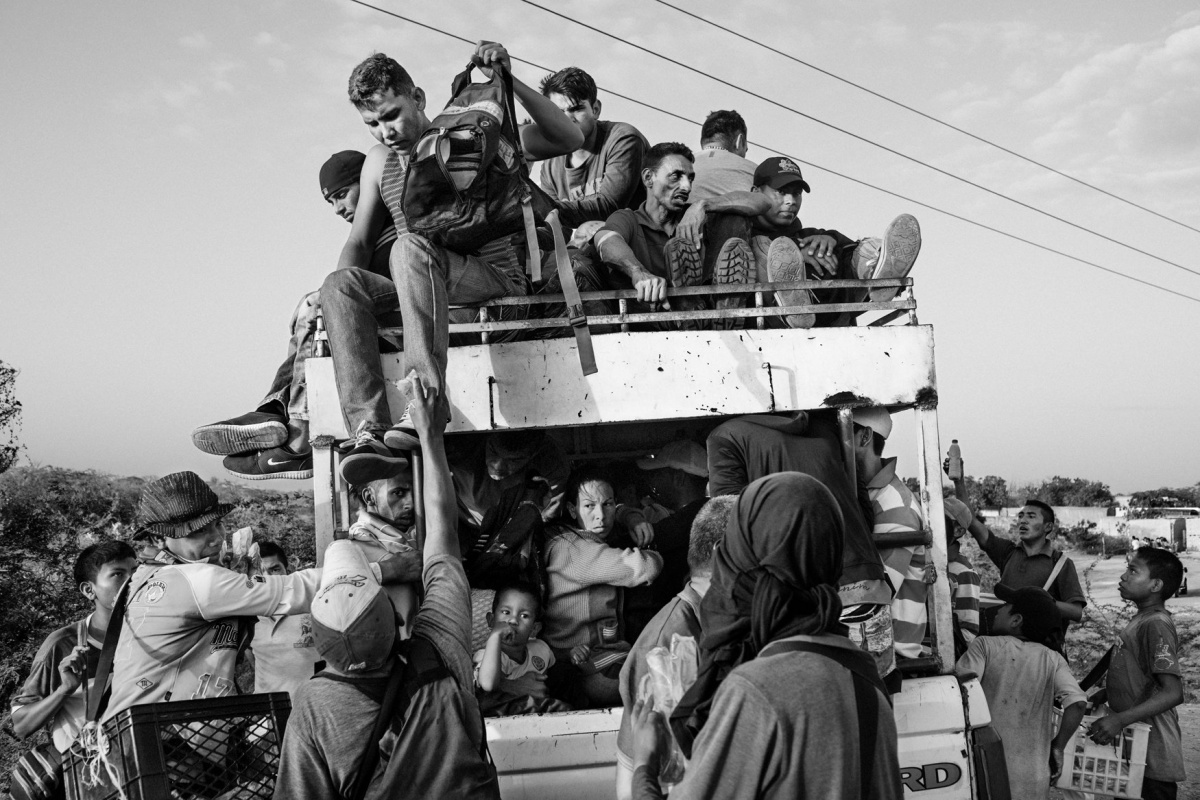 17
Migrants crowd onto a truck, near the Colombia-Venezuela border, in La Guajira, Colombia. July 2018 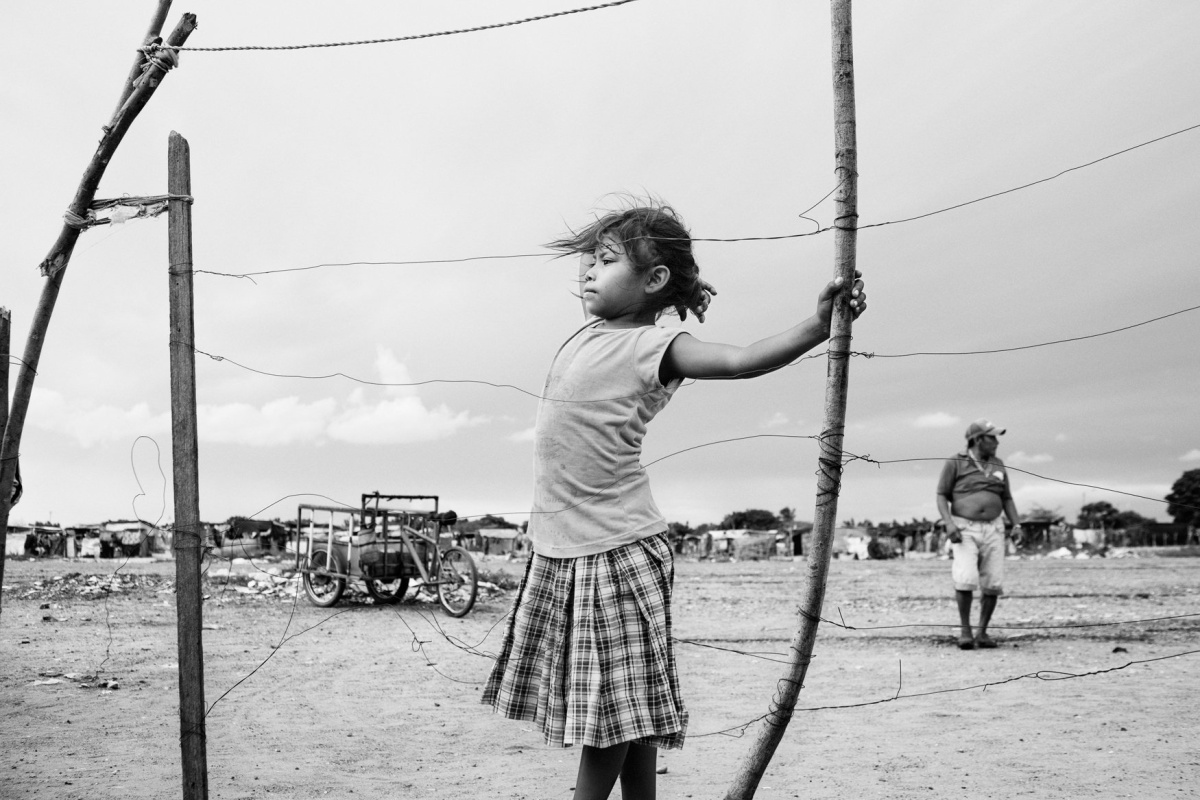 18
“La Pista” on the outskirts of the city of Maicao. These informal settlements are growing into migrant towns, with thousands of people living in shacks built of paper, plastic bags and tin. September 2020 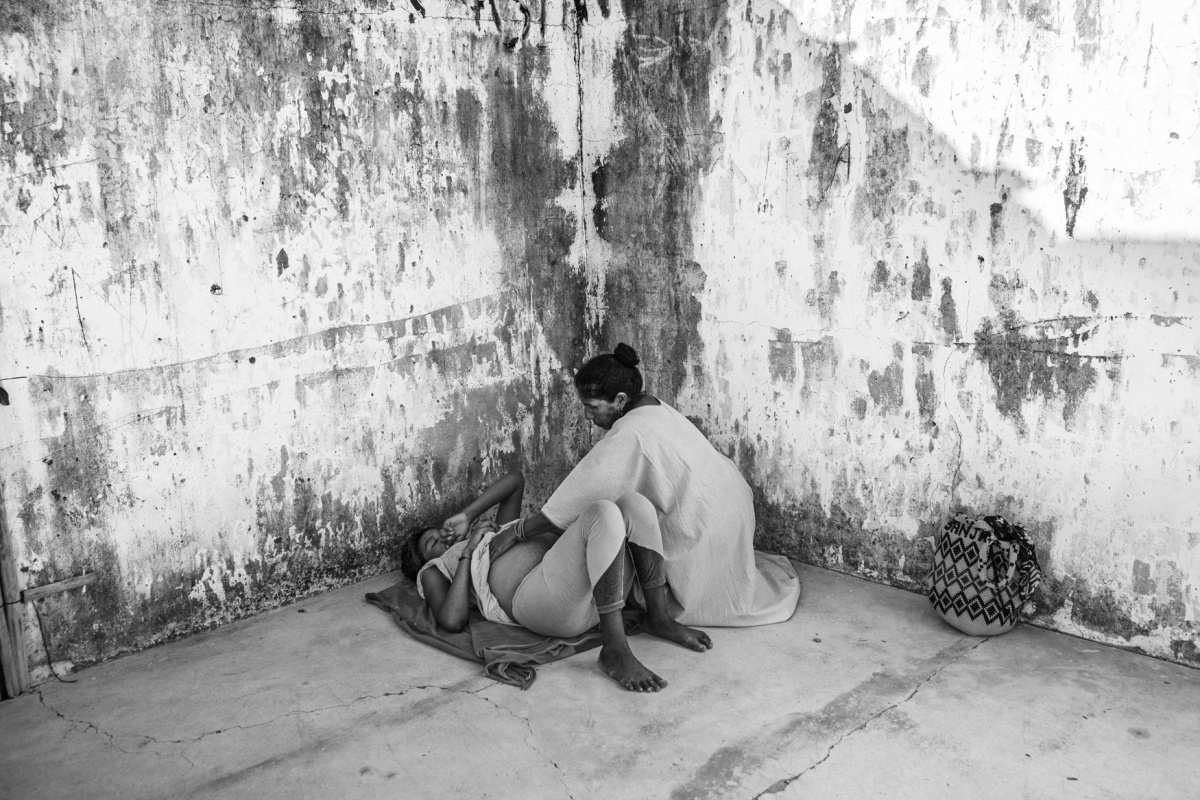 19
Frankilina Epiayu, a Wayuu indigenous midwife, kneads the belly of a young pregnant girl in an informal settlement of Venezuelan migrants on the outskirts of the town of Uribia. July 2019 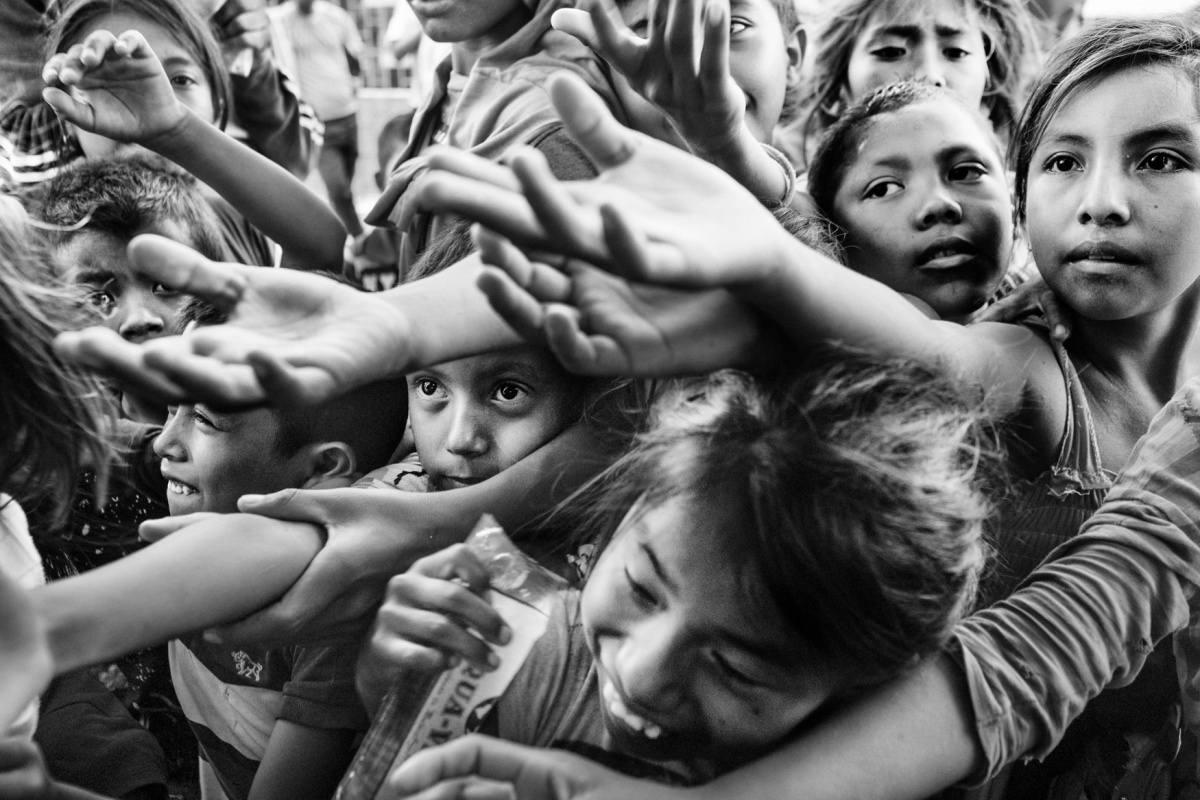