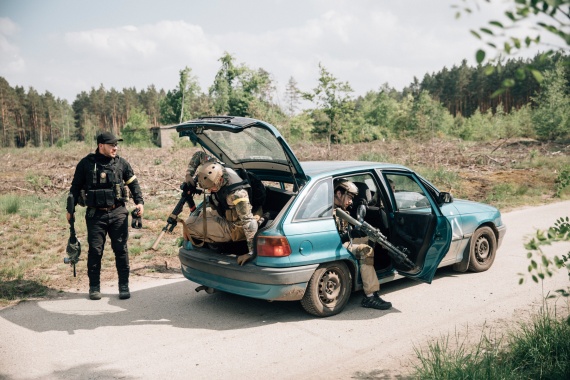 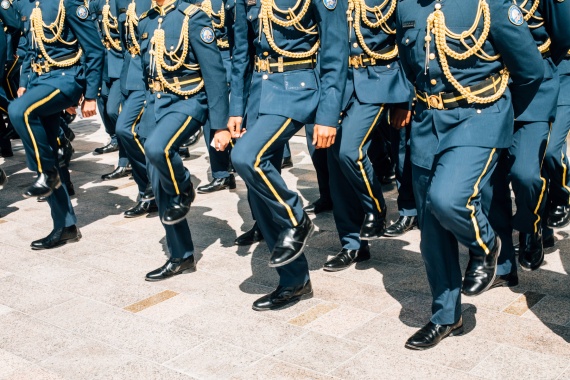 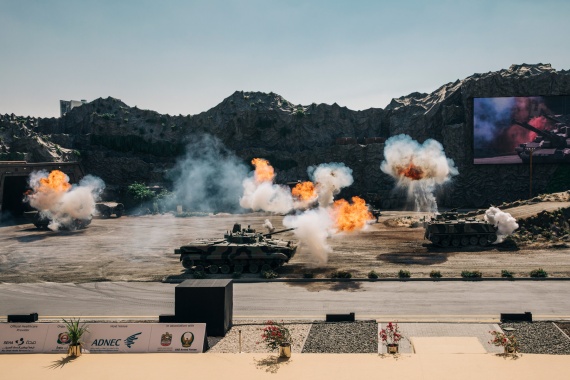 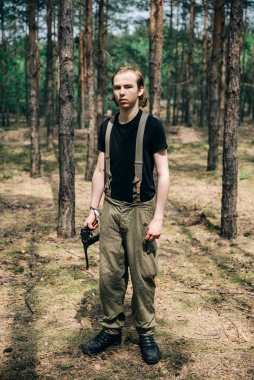 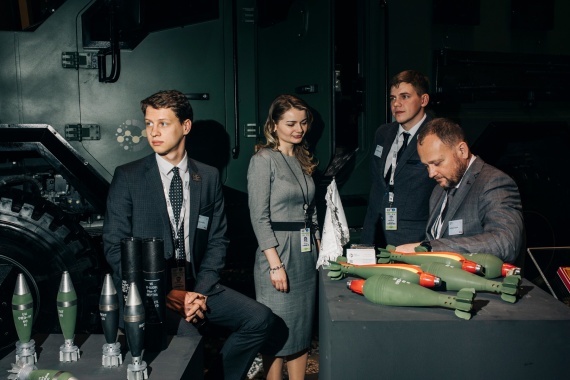 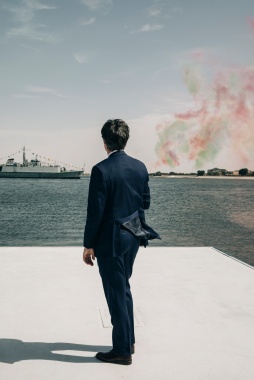 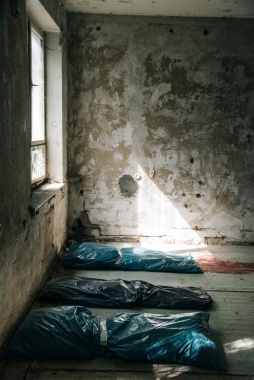 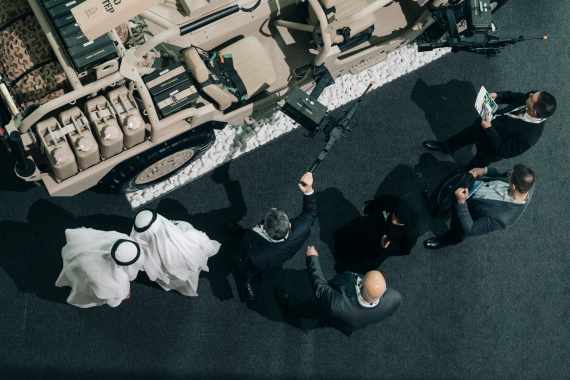 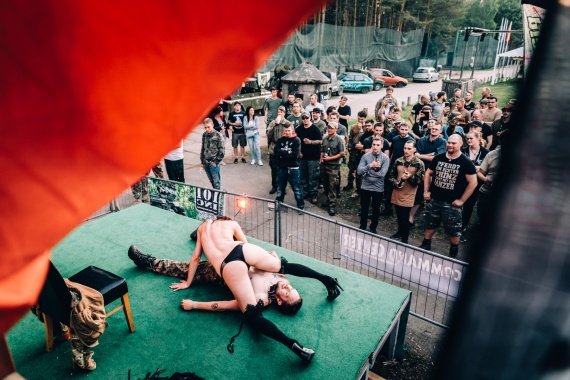 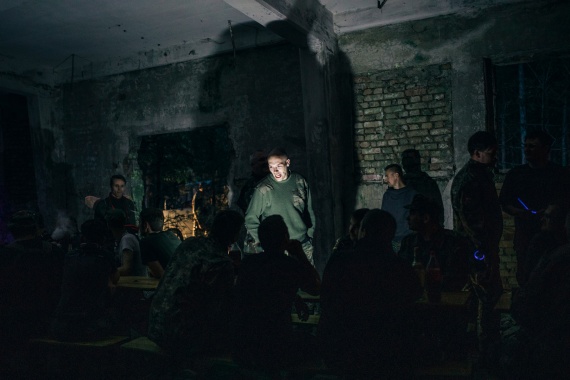 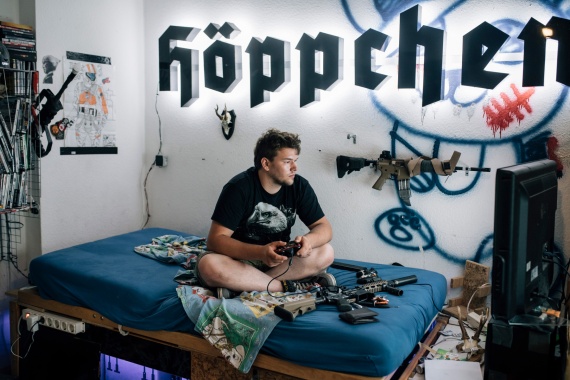 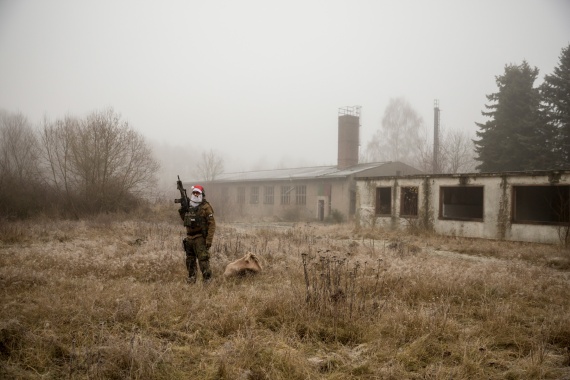 War is not only found on the battlefield; it finds its beginnings in the human mind. For some people, the fascination they have developed for armed conflict manifests in war-like games, such as Airsoft. By comparison, armament trade fairs, where it is all about politics and business, are a much more serious affair. Rafael Heygster finds a way to access hidden abysses.

“I came into contact with the Airsoft community through a guy who went on a school trip to Auschwitz. With the idea of making a photographic link between what is actually a ‘harmless’ game and ‘real’ war, I went to an arms trade fair, where both Airsoft replica weapons and real weapons of war were on offer. Later on, I visited larger arms trade fairs, where there were no toy weapons. The ‘I Died 22 Times’ series is the first chapter in my long-term project, ‘No Lives Lost’, where I explore the question of ‘Where does war begin?’.”

“War is not only found on the battlefield, it also emerges in our society in an abstract form.”

“The project mixes together aspects of ‘war as a business’ and ‘war as a game’, showing motifs from a diversity of scenarios: pictures taken at armament trade fairs are combined with motifs from Airsoft scouting games. Both phenomena create similar impressions, yet their consequences are very different. What they have in common is that no one dies: at trade fairs, war is presented as though it is both entertaining and harmless – and consequently is seen as a consumable experience.

As a photographer at an Airsoft game, you can sometimes get hit, by mistake. I counted the times I was hit, and thought it appropriate to have a title that draws attention to the fact that, even in this virtual game, you often have to die. At armament trade fairs and at live demonstrations, no one loses their life. Accordingly, the title ‘No Lives Lost’ plays with the same premise. It was taken from the front page of The Daily World newspaper that reported on the sinking of the Titanic in 1912, with the title ‘Titanic sinking, no lives lost’.” 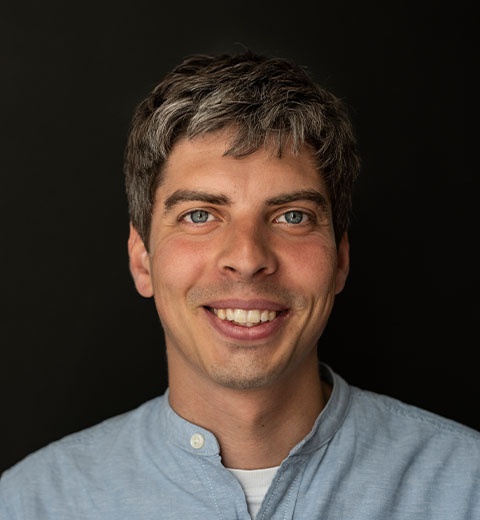 Born in Bremen in 1990, Rafael Heygster first did a semester of Cultural Anthropology and Political Sciences at the University of Hamburg, before moving on to study Photojournalism at College in Hanover. In 2017, he completed an internship at the Bremen newspaper Weser-Kurier, and worked as an assistant to Kiên Hoang Lê and Alina Emrich. He has been working freelance, ever since. In 2019, he was the winner of the Neuen BFF Förderpreises (New Association of Freelance Photographers Sponsorship Award).