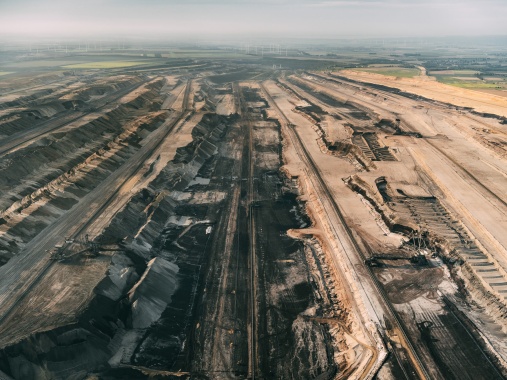 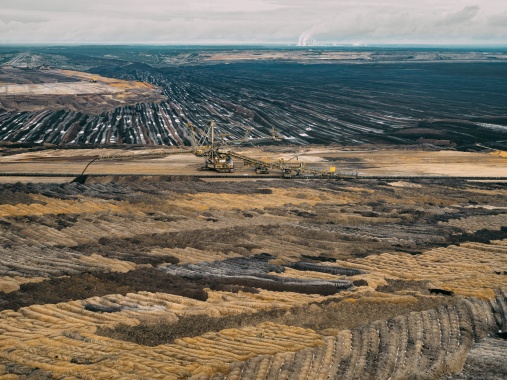 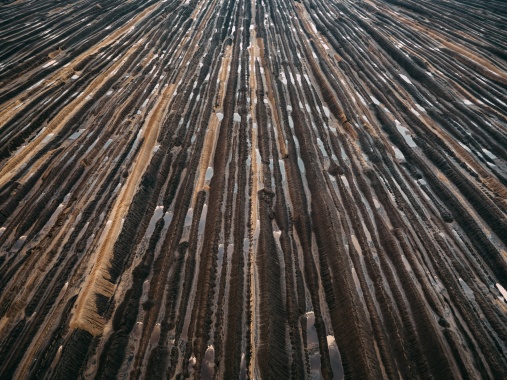 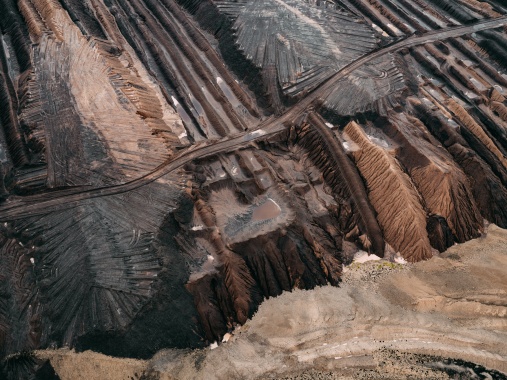 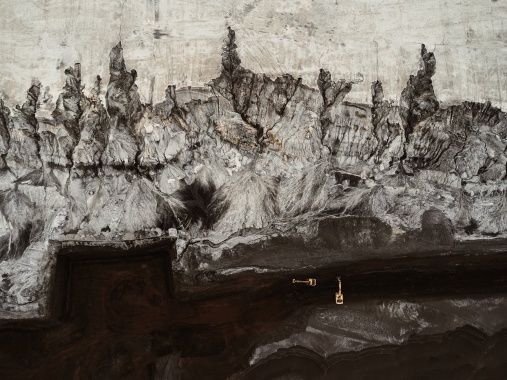 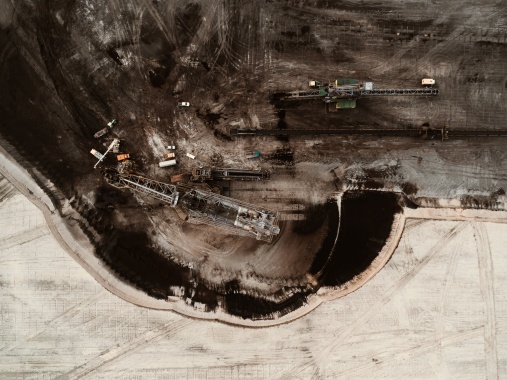 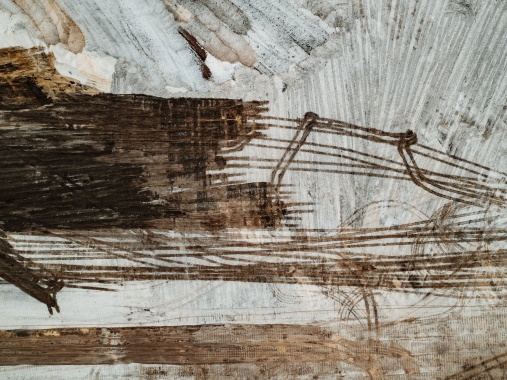 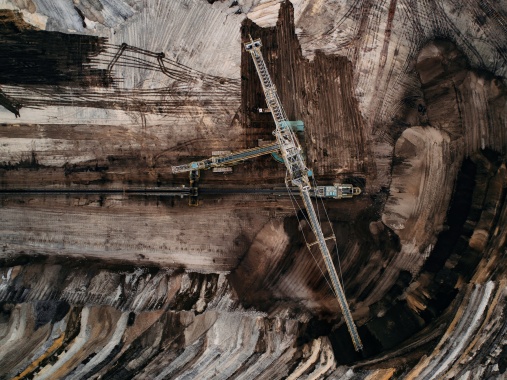 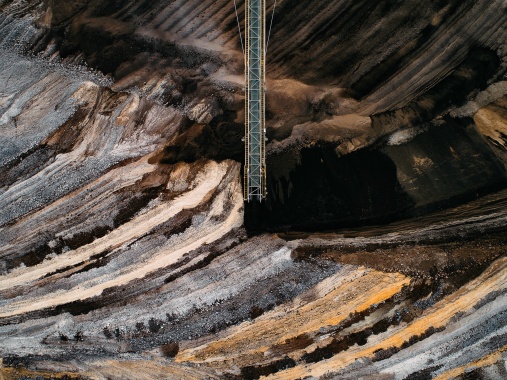 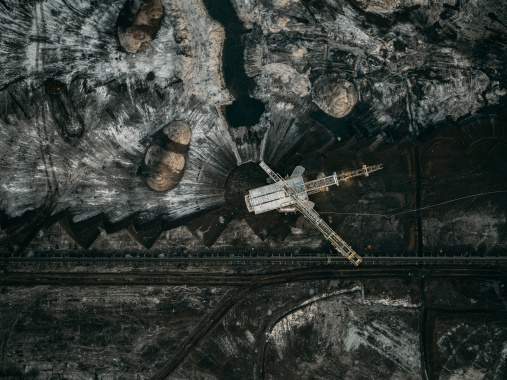 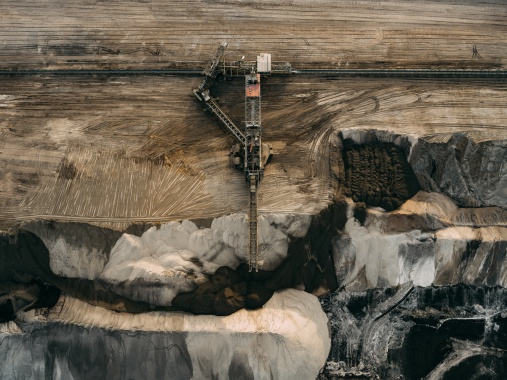 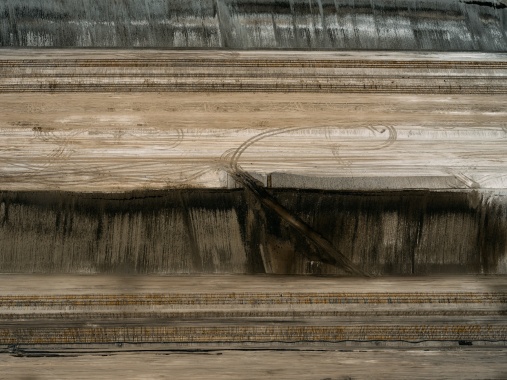 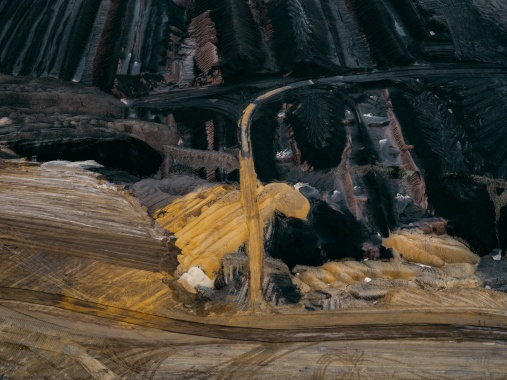 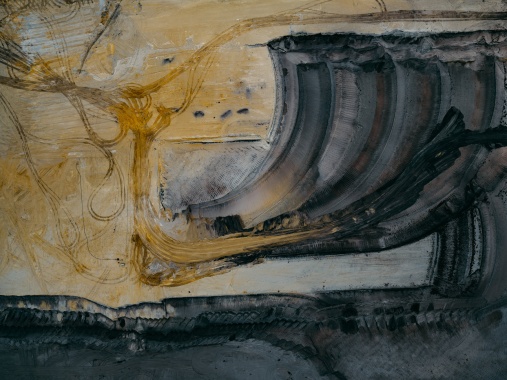 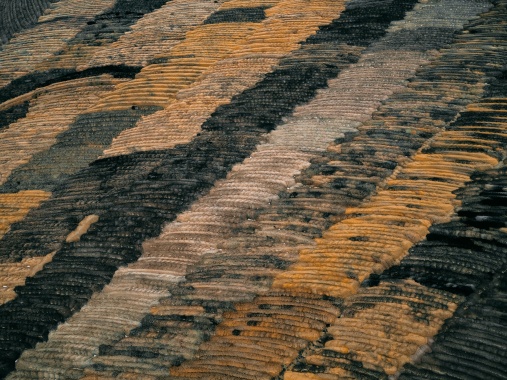 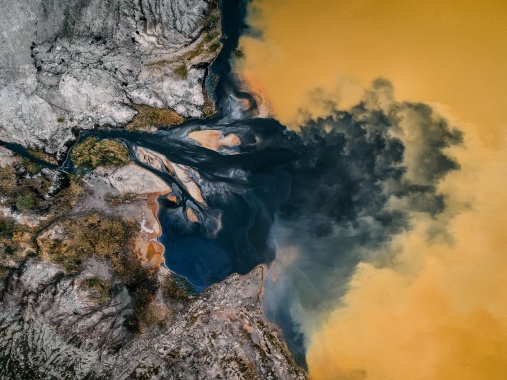 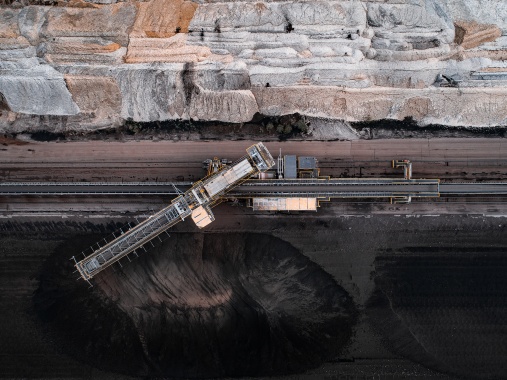 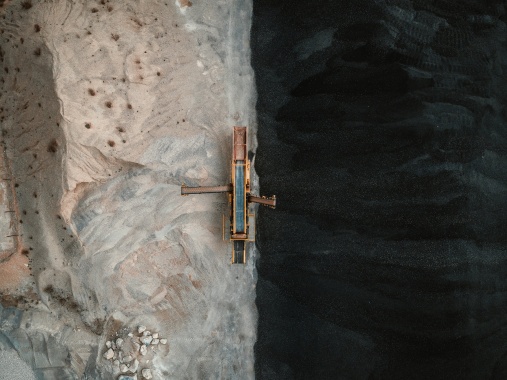 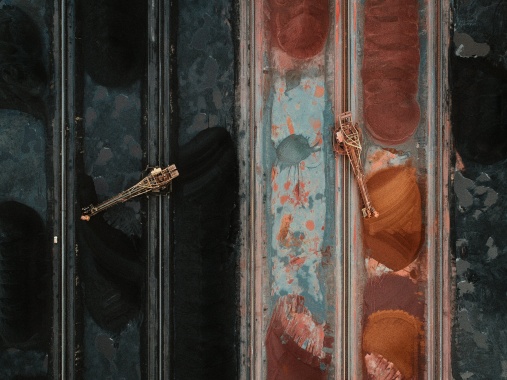 The German aerial photographer produced this series, dedicated to the largest brown coal district in the east of Germany, last year. Taken from on high, Hegen’s pictures reveal the surprising beauty, brilliant colours and fascinating symmetry of the desolate landscape. From this perspective, both the devastating consequences to the countryside and the complex relationship between humanity and the environment are brought into sharp focus.

Coal has been mined in Germany for hundreds of years, but the times are changing in this country: a political policy decision has already been made to put an end to coal mining. In 2018, the last of the German hard coal collieries was closed, and an end to the extraction of brown coal is finally planned for 2030. In the meantime, however, gigantic excavators at open pit mines continue to eat their way through the landscape: destroying the natural and cultivated areas, forests and villages; and forcing the relocation of complete communities. Coal delivers what is considered cheap electricity. The picture would be very different, however, if damage to the land and the subsequent costs were also taken into account in real terms. The photographer’s beguiling images reveal the radical impact of human intervention in nature, and the traces left behind. Hegen presents the world from a bird’s eye vantage point. His aerial imagery offers an unexpected aspect of the industrial landscape. The viewer is amazed by the beauty he extracts from the brown coal fields, defined by symmetrical forms, brilliant colour patterns and deliberate excerpts. With the change of perspective, the degree of the intervention also becomes clearer; his images incite contemplation and perhaps even humility.

“I see myself as a photographer with a documentary, yet also, an artistically abstract approach.”

Hegen has been specialising in aerial photography for many years now. Being able to photograph the perfect images necessitates an enormous effort. “As an aerial photographer, I am often dependent on helicopter or aeroplane pilots to take me to the corresponding locations and ensure the right perspectives,” he explains. “In addition, weather conditions come into play, as well as the time of day and flight limitations. Consequently, an aerial series demands a high degree of planning – the actual picture-taking represents just a fraction of the time.” Hundreds of photos are taken in a few hours. “My flight time is limited, and it is particularly challenging to create a precise series of pictures from a height of around 700 metres. I want to assure that I have enough shots of each motif, where both the composition and the implementation are successful. In post-production, the pictures are chosen through a multi-layered process, and put together in a series of around 10 to 20 images.” At the same time, the photographer considers it important that each individual photograph can stand in its own right, while also functioning within the context of a series.

“To have my series shortlisted for the Leica Oskar Barnack Newcomer Award is a great acknowledgement of the project and of my work. Recognitions like this motivate me to hold on to my vision.”

With his particular approach – a kind of artful aesthetic of destruction – he continually provokes viewers to consider their personal actions and their own responsibility. He captures an overview from on high, and maybe an intention to preserve the world for tomorrow begins to grow as a result.

“I want my pictures to give rise to an awareness concerning the influence of humanity on the environment,” says Hegen. “In view of the enormous dimensions that these interventions are assuming, every single person should ask themselves if the way things are going should be taken as 'natural', or if more awareness of responsibility and sustainable development is needed.” 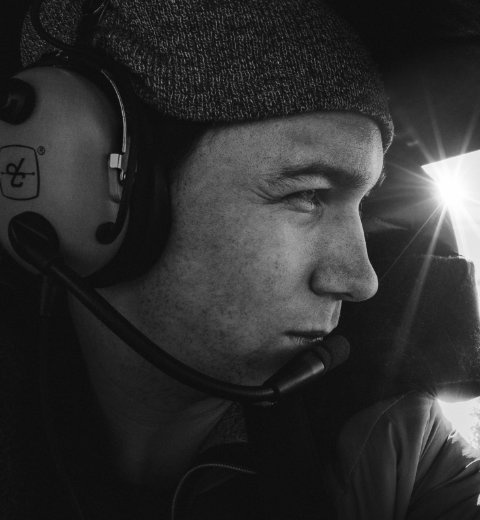 Tom Hegen was born in Königsbrunn, Bavaria, in 1991. He studied Communications and Graphic Design in Augsburg and Constance. After working at a Munich design agency, he became a freelance photographer in 2017, specialising in aerial photography focussed on the environment. His work has already been recognised with numerous renowned awards. His first book, titled “Habitat”, was published in 2018; and was followed, in 2019, by “Aerial Observations on Airports”. Hegen lives in Munich.