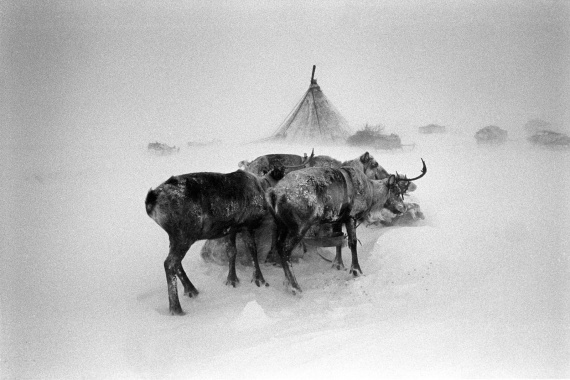 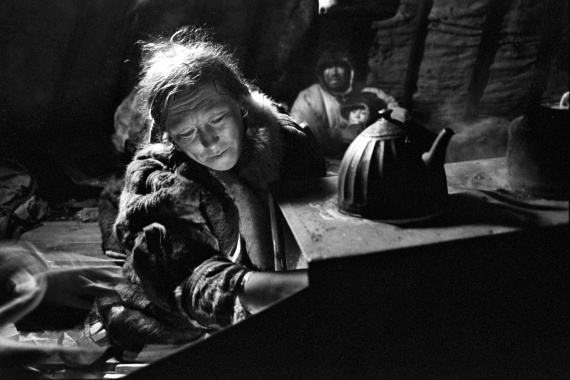 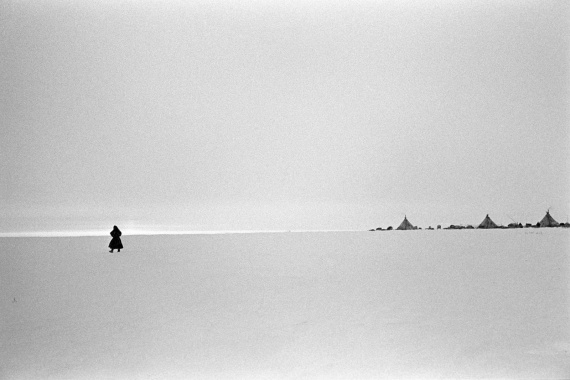 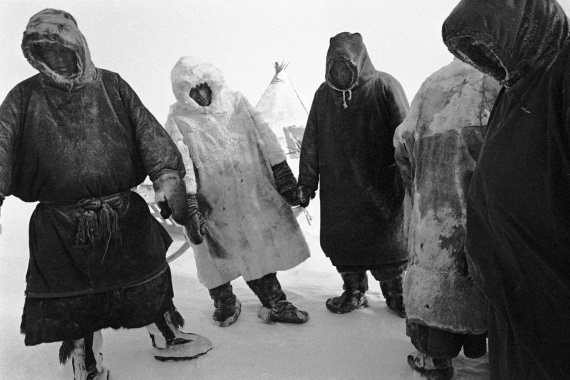 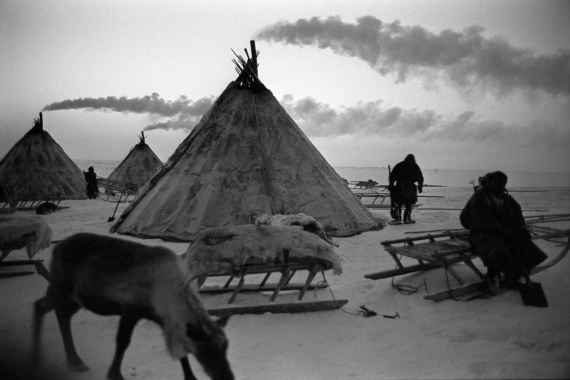 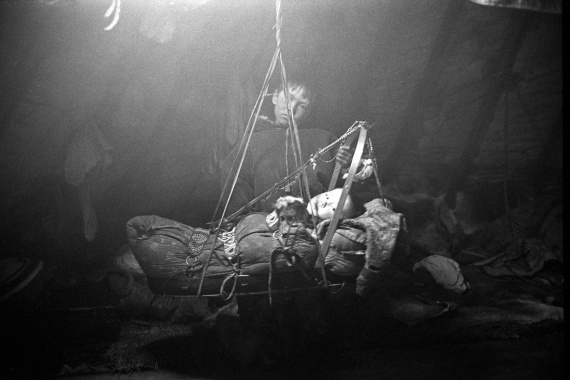 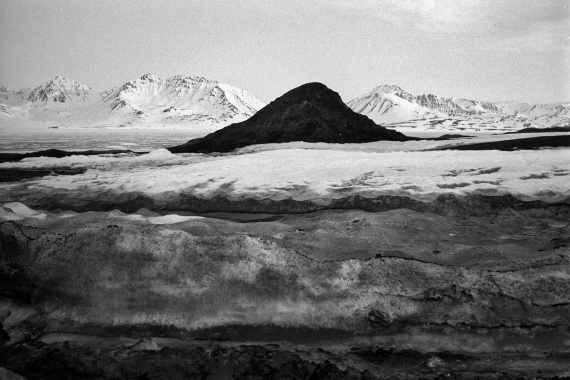 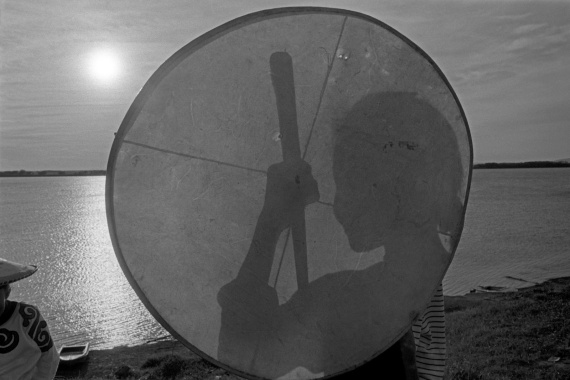 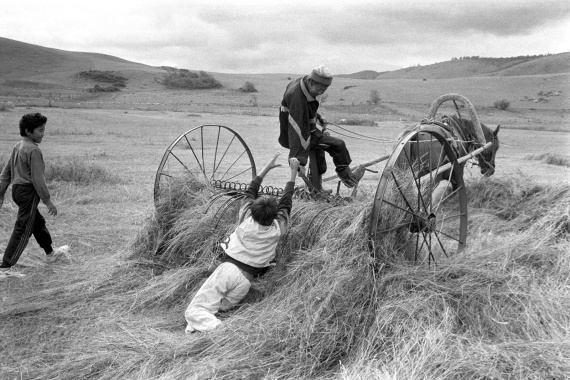 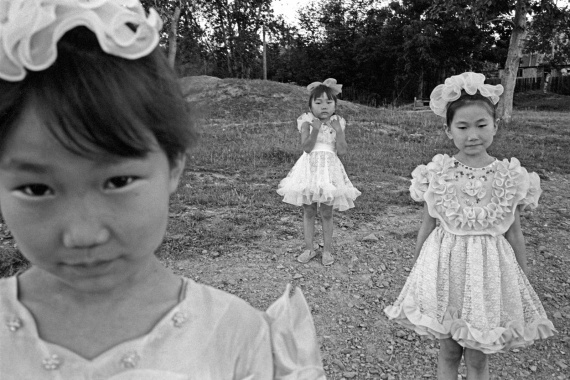 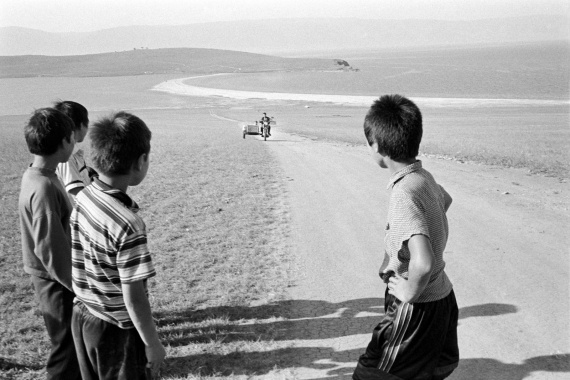 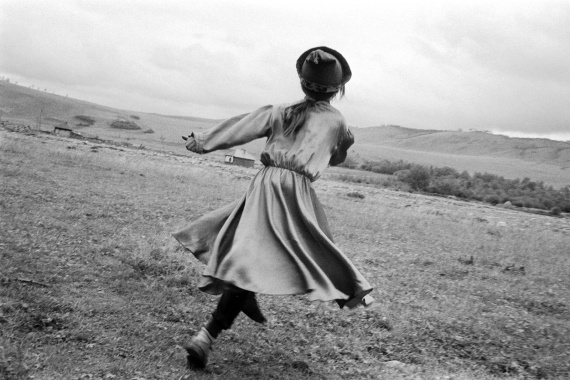 In order to complete the series for which she received the Leica Oskar Barnack Award, the French photographer went on many journeys. She travelled extensively from the Amur River on the Russian-Chinese border to the far northern reaches above the Arctic Circle. Her mission was to photograph the last of the nomadic peoples living there. She dealt deeply with the traditions of the inhabitants of this Siberian region, while simultaneously delivering a fascinating picture of the land’s endless expanses.

Doury first travelled to Russia in the early nineties, and went on to explore the extreme north of the country, covering thousands of kilometres in doing so. Her purpose was to photograph the life and traditions of the nomadic peoples living there: “My interest was to know who these Siberian peoples were. We didn’t know much about them and I wanted to show their specific cultures and life.”

“My interest was to know who these people of Siberia were. We didn’t know much about them and I wanted to show their specific cultures and life.”

The nomadic tribes living in Siberia survive in one of the most inhospitable places on earth. The enormous area is defined by tundra to the north, taiga in the middle and steppe to the south. The land offers a diversity of landscapes; yet, this photographic series centres around the indigenous peoples of Siberia who live scattered across this gigantic territory. Around 190,000 people make up 26 nomadic tribes, which are different from each other in both language and culture. “From 1996 to 1998, I went to Kamchatka to meet the Evens and the Koryaks; in Chukotka, the Inuits and the Chukchis,” she remembers. “I returned to the Amur River to Nanai and Oultchi villages; then to Olkhon Island on Lake Baikal, where the Buryats live; and finally to the Yamal Peninsula, to be among the Nenets people.”

“I instantly decided to go to the very end of this country-continent (Russia) of which I had seen no images. The other reason was because of this wonderful name, Amur (translated to ‘Amour’ in French) – I wanted to go to the River of Love.”

Doury got to know a number of different folks whose traditional lifestyles are threatened: fishing, collecting, raising reindeer and horses. The norms of nomadic societies are based on shamanic traditions and the reverence of nature as the source of all life. Doury’s series, which was taken with a Leica M6, presents the daily lives of these people, caught between their omnipresent, yet disappearing, heritage and a rapidly-changing world. The nomadic tribes she portrays are also faced with grave problems in this new age: being uprooted; the loss of traditional values and abilities; poverty and criminality. It all threatens their social cohesion. The collapse of the Soviet Union was also felt here, and offered these societies an opportunity to take a new look at their own cultural identities.

“From 1996 to 1998, I went to Kamchatka to meet the Evens and the Koryaks; in Chukotka, the Inuits and the Chukchis,” she tells us. “I returned to the Amur River to Nanai and Oultchi villages; then to Olkhon Island on Lake Baikal, where the Buryats live; and finally to the Yamal Peninsula, to be among the Nenets people.”

The photographer deliberately opted against classic reportage, preferring to produce a kind of intimate travel diary. Her time-consuming and empathic approach has opened up an otherwise hidden world to the viewer. Furthermore, Doury made use of the chance to ask fundamental questions about the relationship between humans and nature, as well as life in harmony with nature and tradition. The LOBA award was presented to the photographer on July 9, 1999, at the antique theatre in Arles, during the festival Les Rencontres Internationales de la Photographie.. The presentation remains significant for her to this day, because it recognised her first major project and was the first time that she received international acclaim. Over 20 years later, Doury would return to Siberia, “to find out what had happened with the people I had met along the Amur River”. She has recently published her current work in a new book titled “Amour”, in which she depicts the lives of families who emigrated to Siberia from western Russia and Ukraine over a century ago. 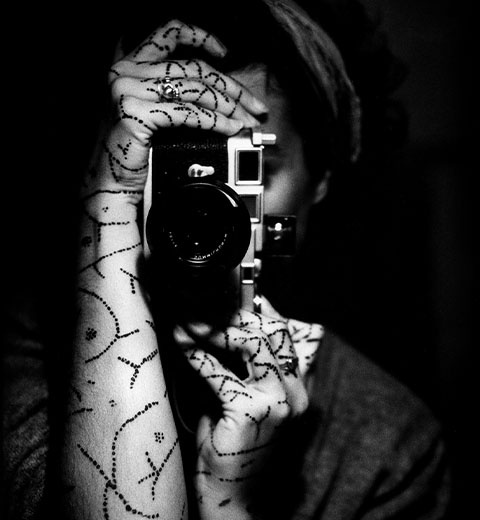 Claudine Doury was born in Blois, near Orleáns, in 1959. After studying Journalism, she first worked as a photo editor, before dedicating herself fully to photography. Her work has received not only the Leica Oskar Barnack Award, but also a World Press Photo Award (2000) and the Prix Niépce (2004), among others. She has been a member of the VU Agency since 1991. Her first book, “Peuples de Sibérie” (1999), was followed by numerous other photo books. She lives and works in Paris.