In his “Sinomocene” series, the Italian photographer (born 1974) explores the impact produced by the Belt and Road Initiative (BRI), which reflects China’s growing presence around the globe. Spanning four continents, the project is documented photographically on location in - among other places - Ethiopia, Djibouti, Italy, Cambodia and Kazakhstan. 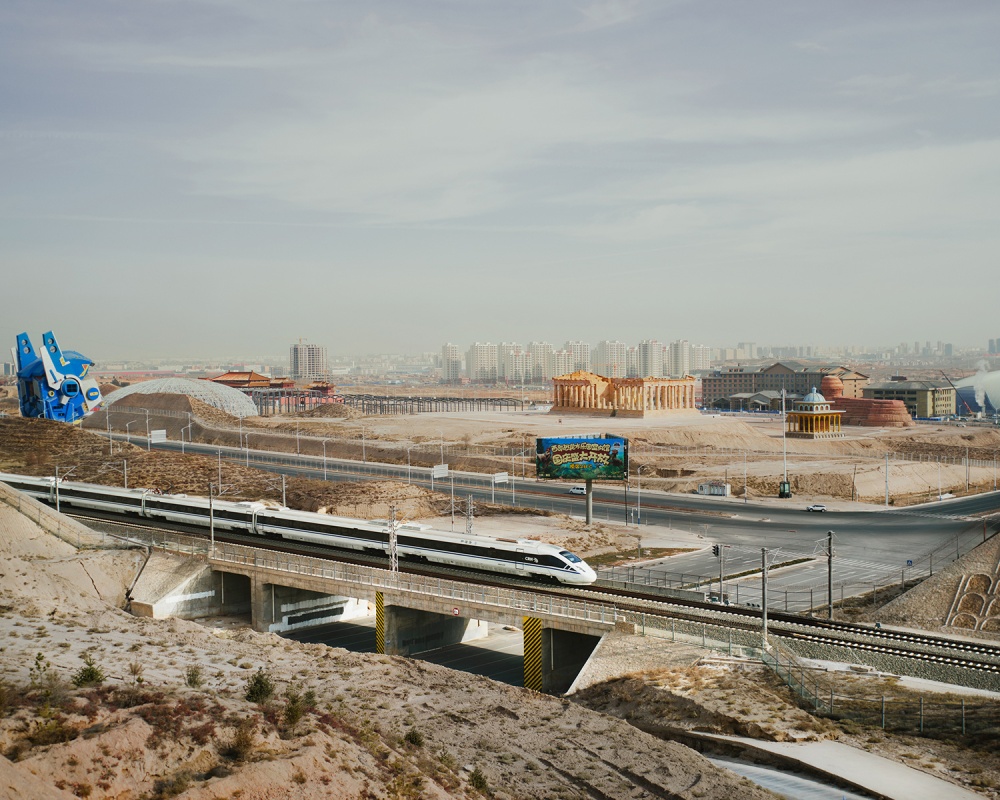 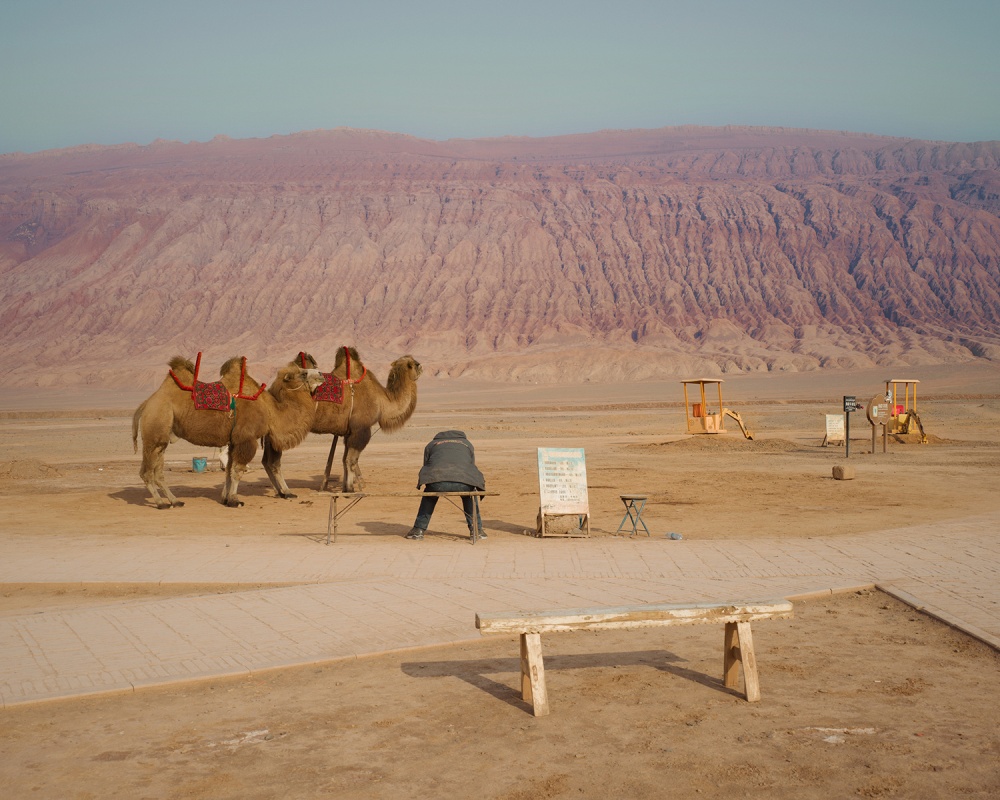 02
View of the Flaming Mountain. Turpan has long been the centre of a fertile oasis. It was historically located along the Silk Road; Xinjiang Uyghur Autonomous Region, China, December 2017. 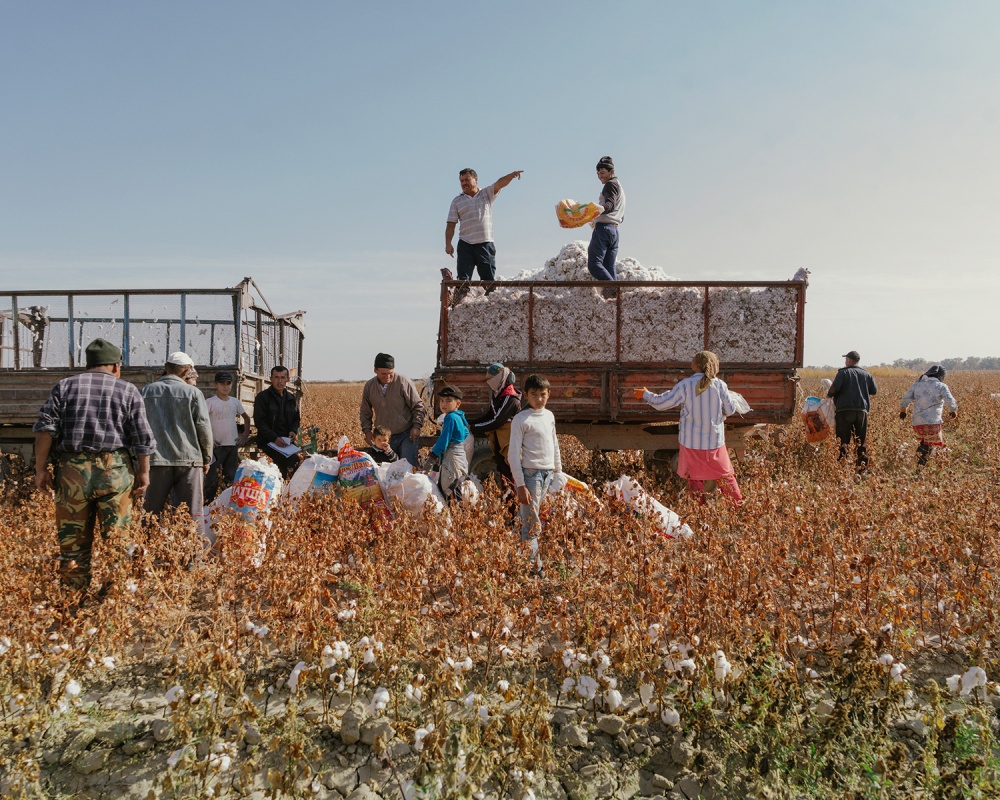 03
Workers harvesting cotton. The region of Turkistan, in south Kazakhstan, was a major node on the Silk Road; October 2017. 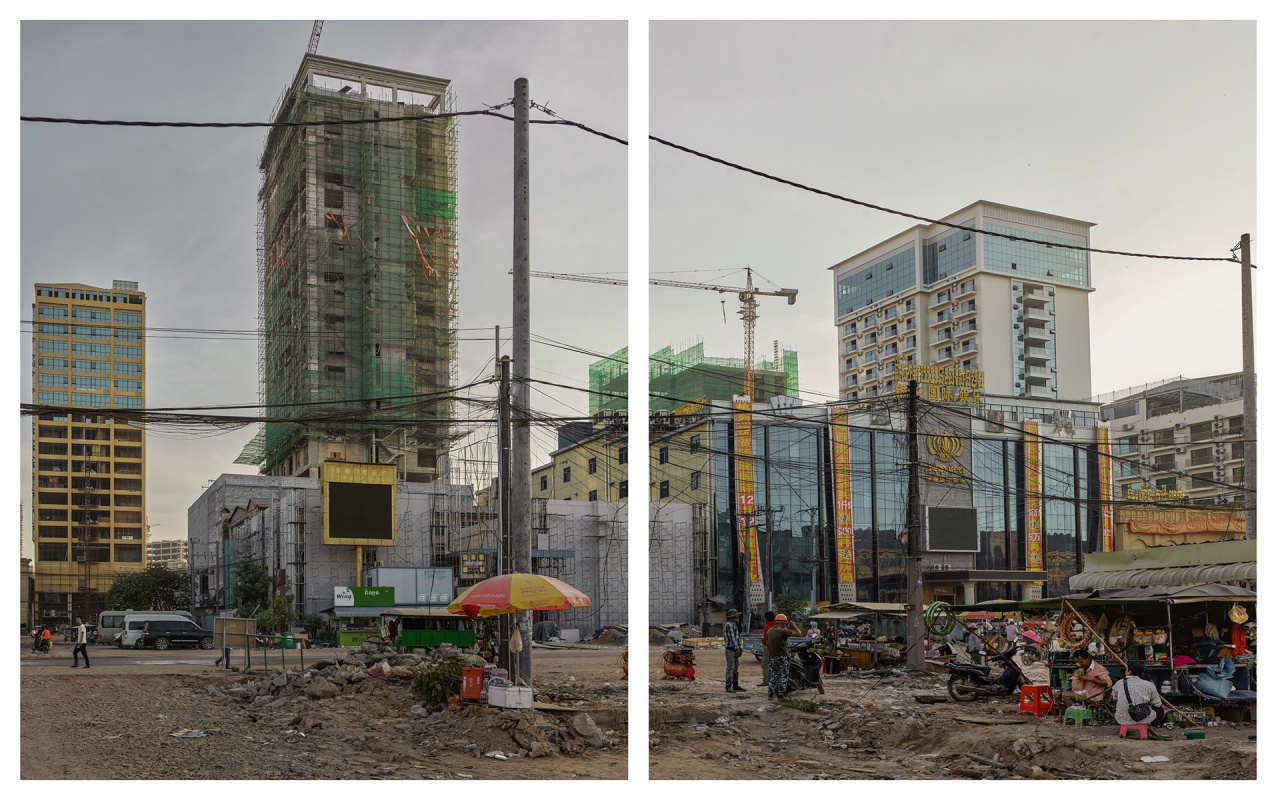 04
View of construction sites in Sihanoukville. Once a quiet tourist town on the coast of Cambodia, the city has been transformed into a Chinese gaming empire. Casinos now dominate the skyline; December 2019. 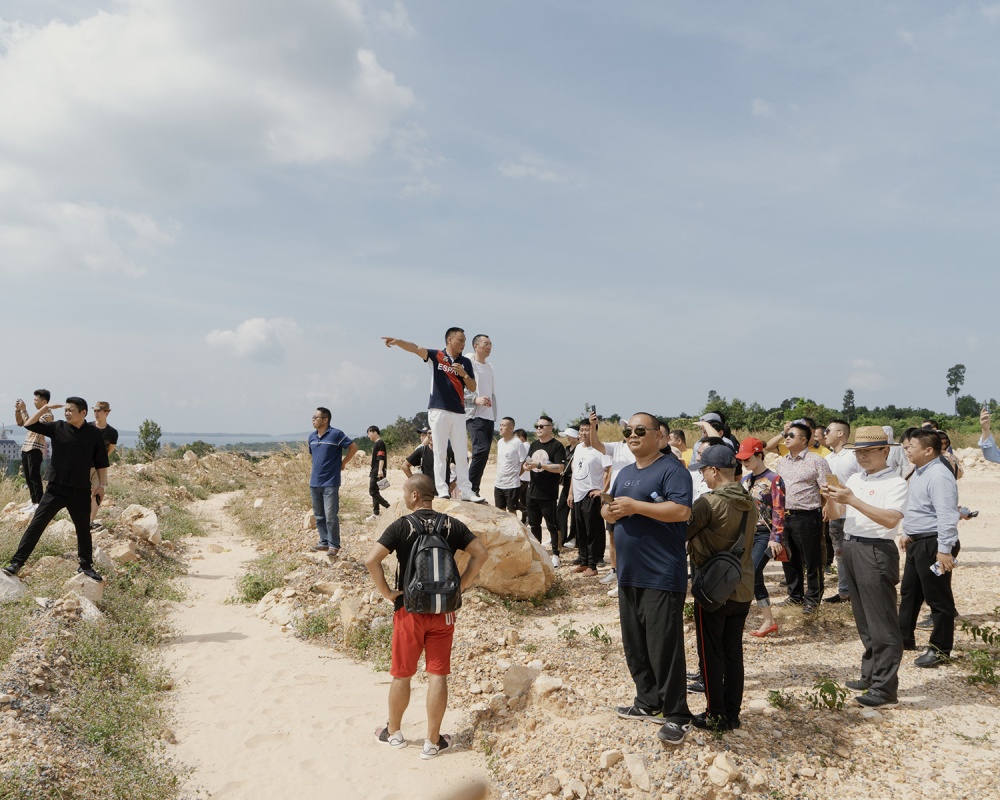 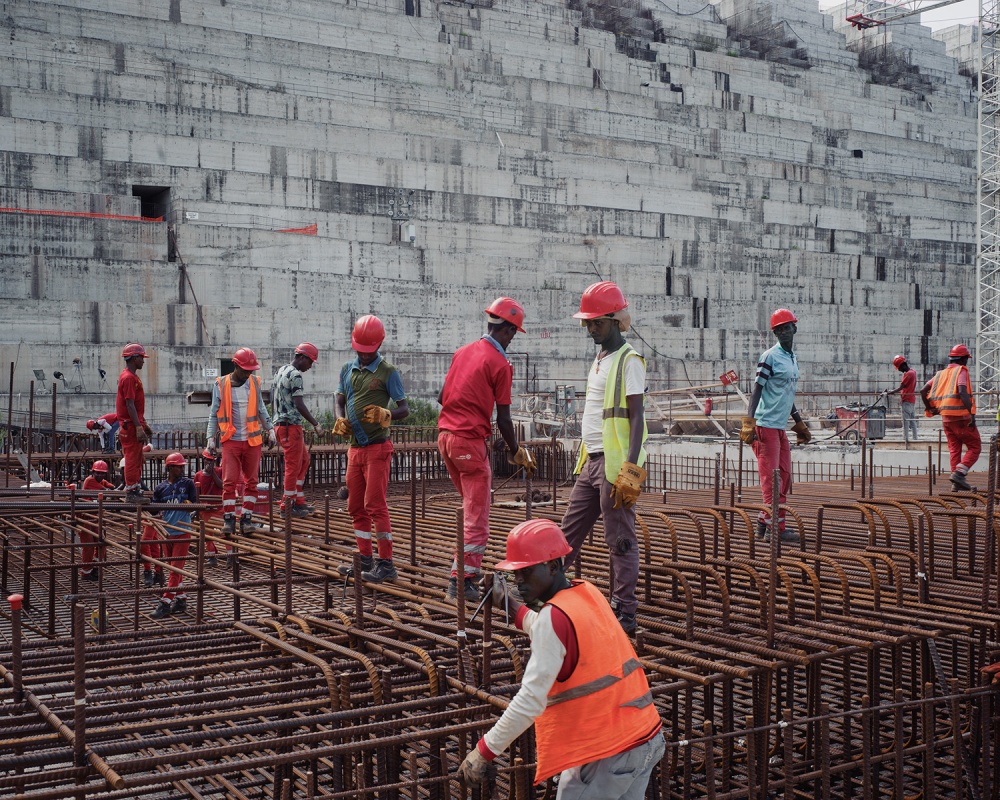 06
The Grand Renaissance Dam is one of the largest infrastructures under construction in Ethiopia, with the support of Chinese investment; October 2019. 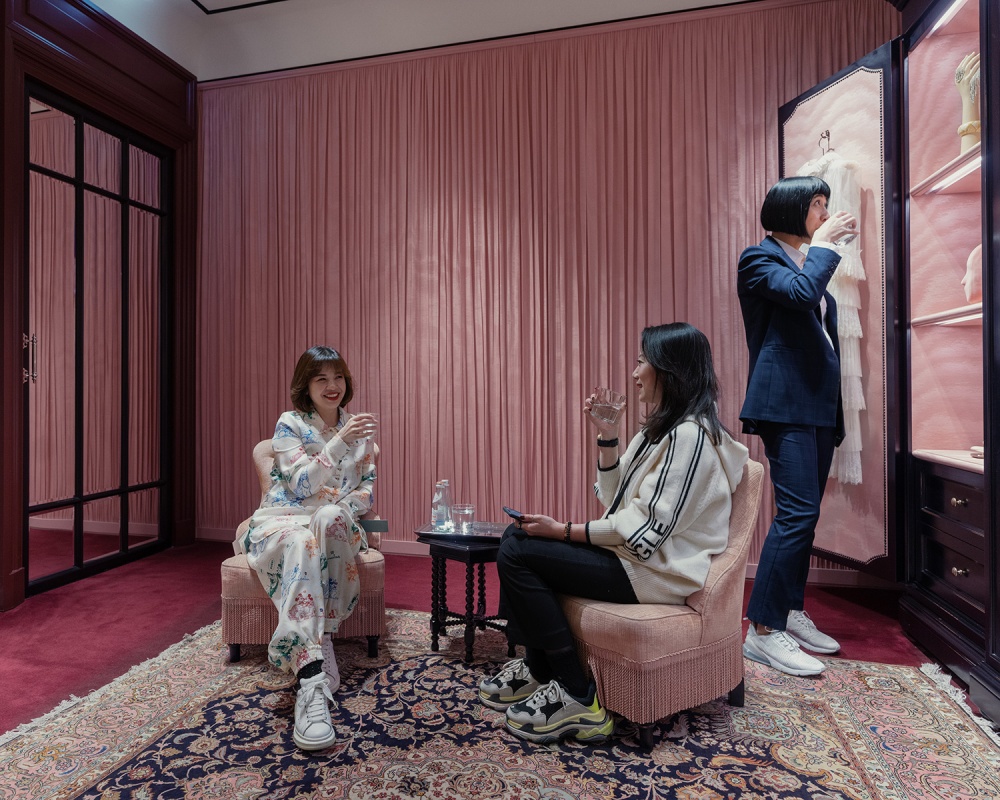 07
Yifan Lin (42), shopping with her friends Tiantian Shang and Ruoli (Monica) Weng at Gucci. All of them arrived in Italy with their parents at the end of the 80s, from Zhejiang Province. Yifan has a company that exports luxury brands to China; February 2020. 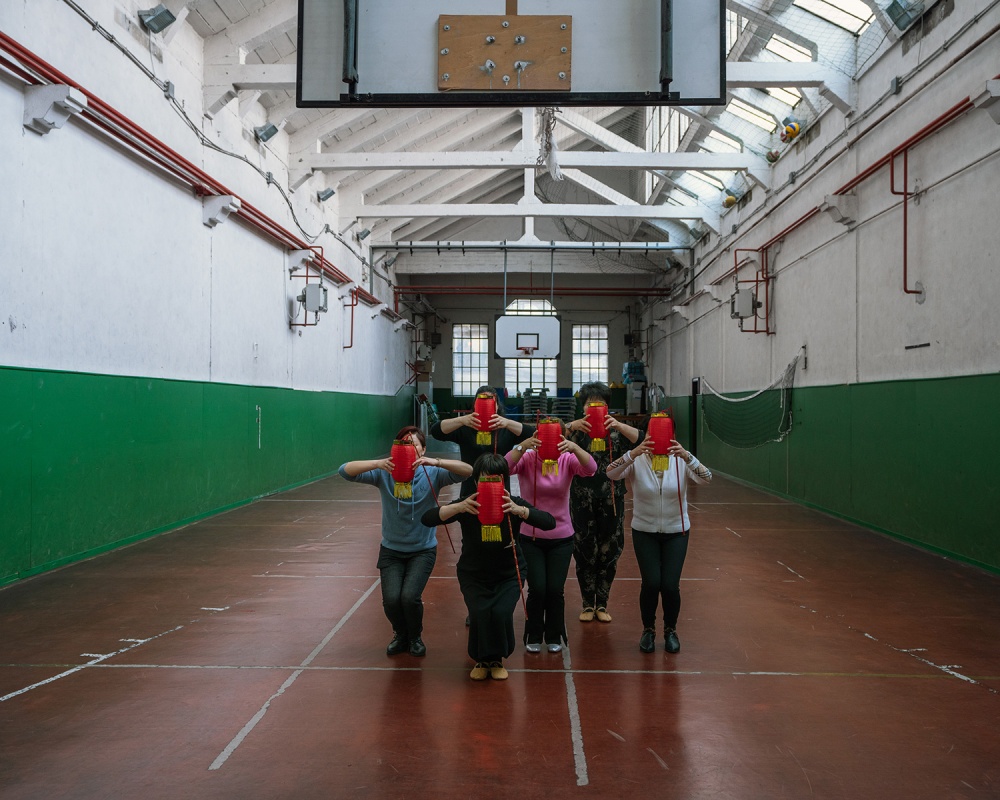 08
Members of the Chinese community in Rome, during a rehearsal at the school Galileo Galilei, on the occasion of the upcoming parade for the celebrations of the Lunar New Year; February 2020. 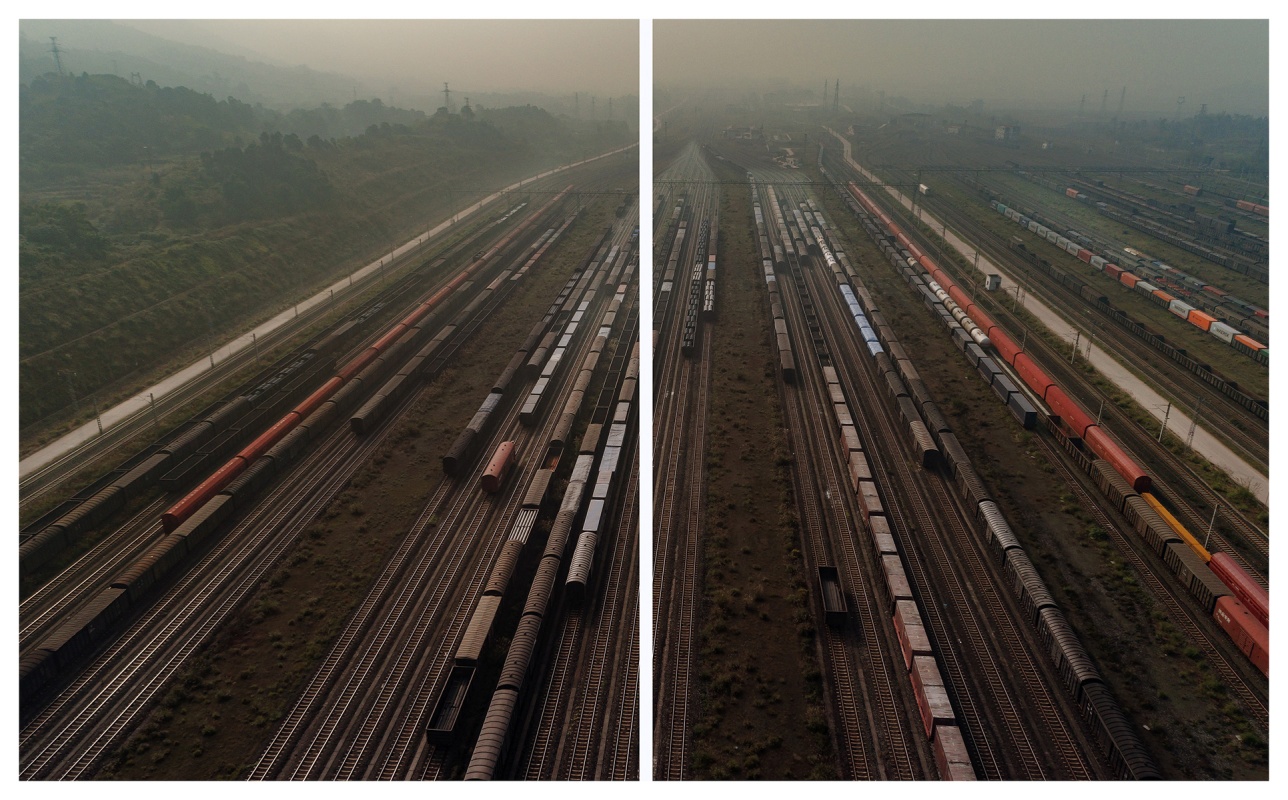 09
Aerial view of the freight train station at Chongqing Western Logistic City. Chongqing is a megacity in southwest China. With a population of over 30 million, it is considered the largest urban municipality in China; December 2017. 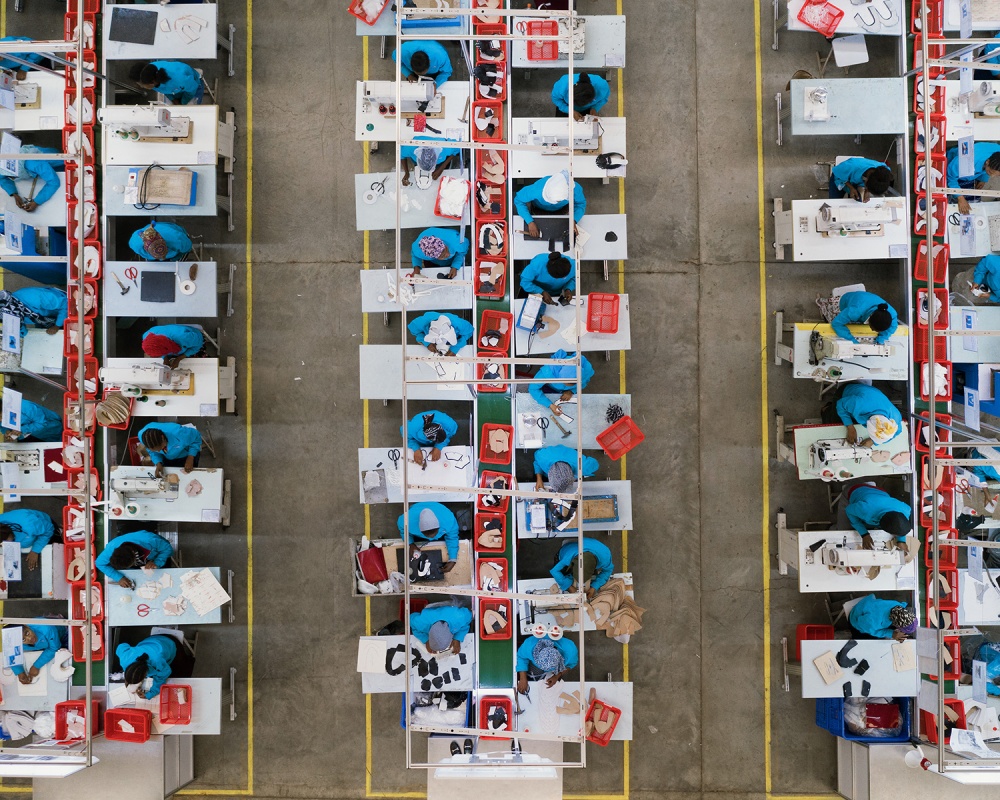 11
A vessel arriving at the Port of Djibouti. Djibouti, located at the mouth of the Red Sea, sits along the Gulf of Aden – one of the world’s busiest shipping routes; October 2019. 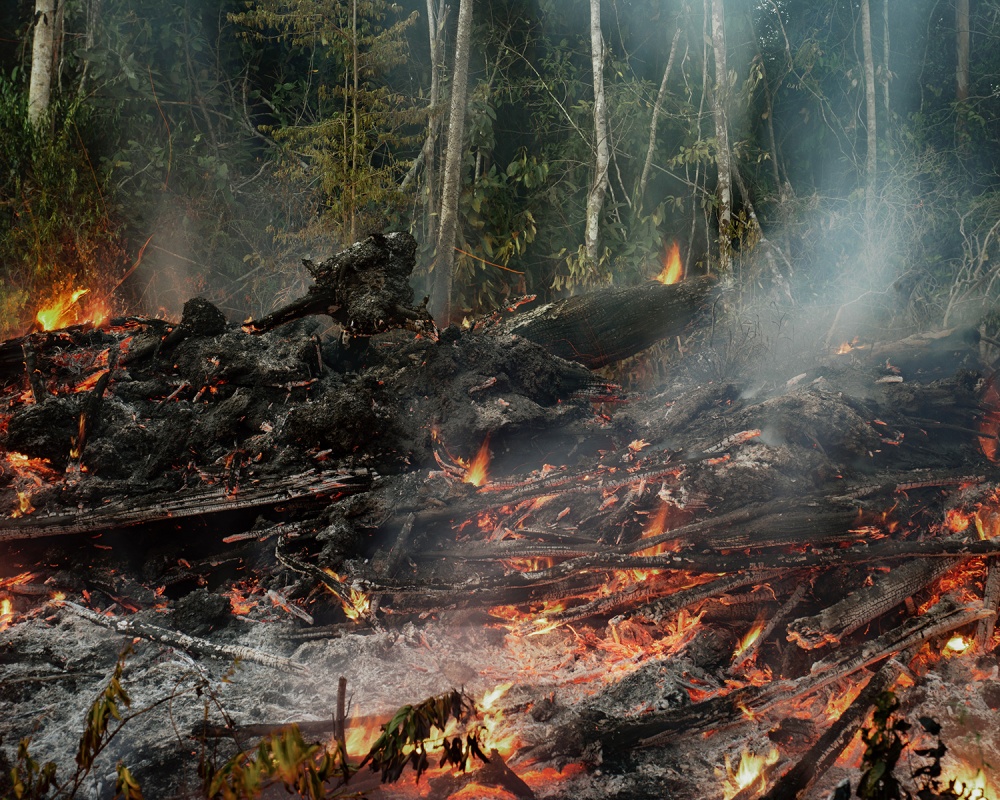 13
Fires in the forest around the Dara Sakor area, where the Chinese company Union Development acquired 260 square kilometres of land to develop a luxury metropolis; Dara Sakor, Cambodia, December 2019. 14
Vendors at the Yiwu trade market. Located a little over an hour away on the bullet train, south of Shanghai, Yiwu, an inland city of 1.2 million people, is the home of one of the biggest wholesale-only markets; China, Zhejiang province, December 2017. 15
The aerial view in the east part of Lanzhou New Area, where villages and hills are removed for new construction and roads; China, Gansu Province, December 2017. 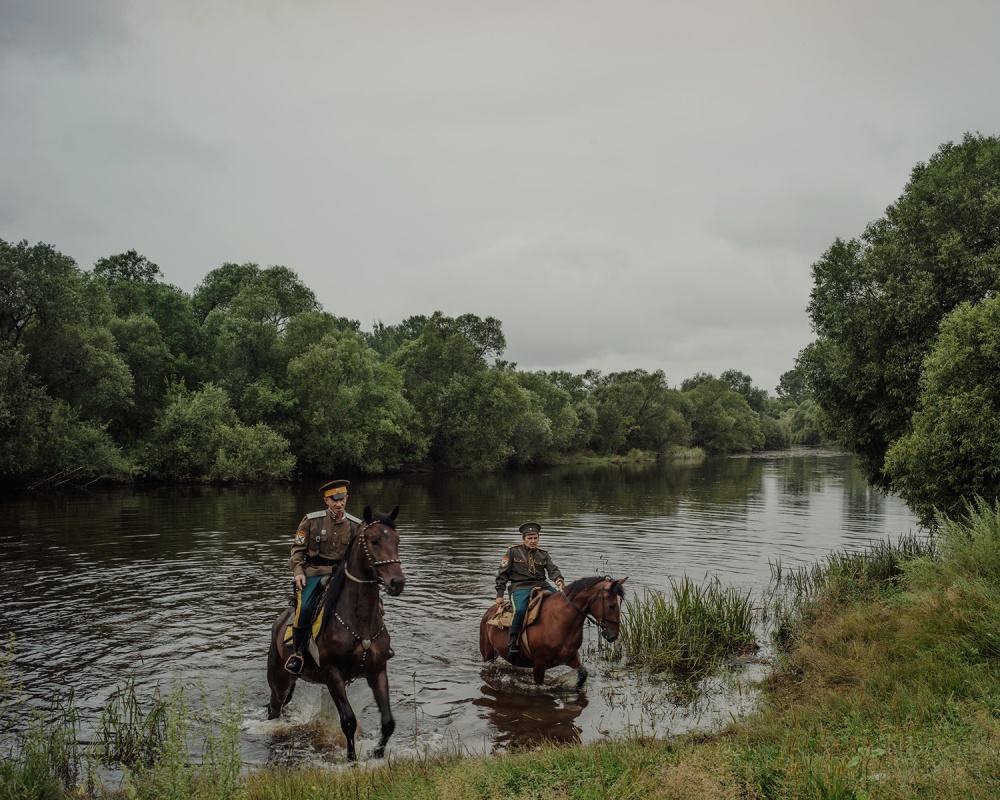 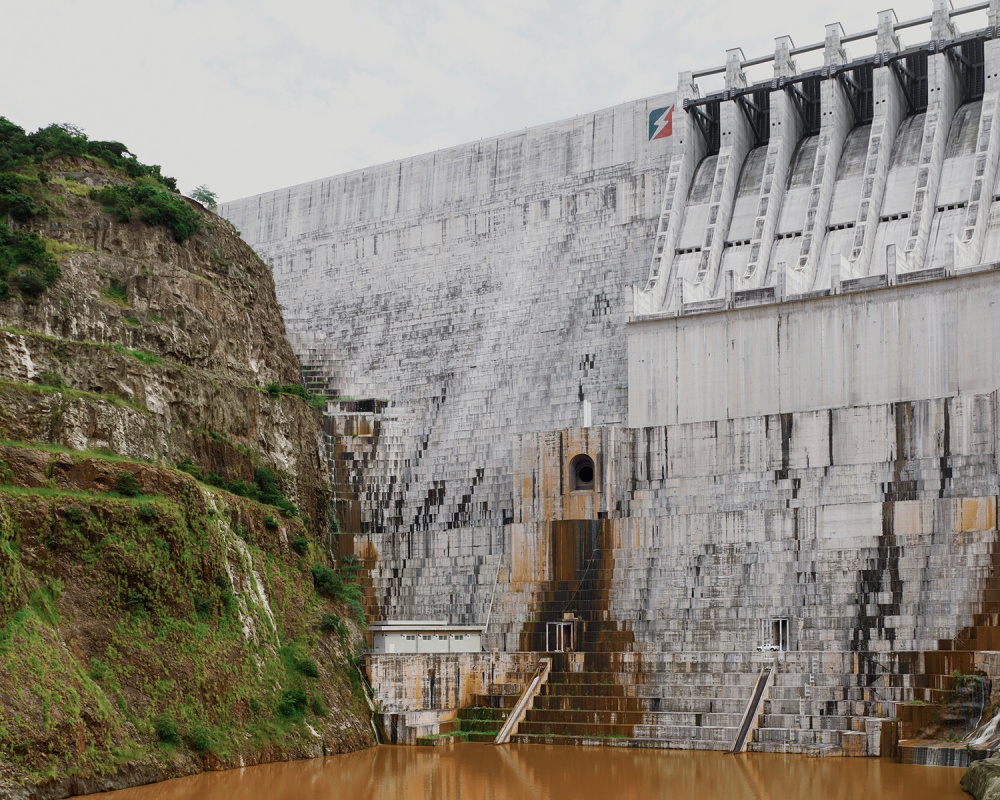 17
Aerial view of the Gilgel Gibe III Dam. The 250 metre-high concrete dam is associated with a hydroelectric power plant on the Omo River in Ethiopia; October 2019. 18
Aerial view of the coastline of the Aral Sea. The town of Aral, with a population of approximately 40,000 diverse residents, used to be a major supplier of fish for the Soviet Union; Kazakhstan, October 2017. 19
On the road between Urümqi and Turpan. Construction sites of the railway system and the highway from Khorgas (on the border with Kazakhstan) to Dalian, on the Liaodong Peninsula, the southern tip of China’s Liaoning Province; China, December 2017. 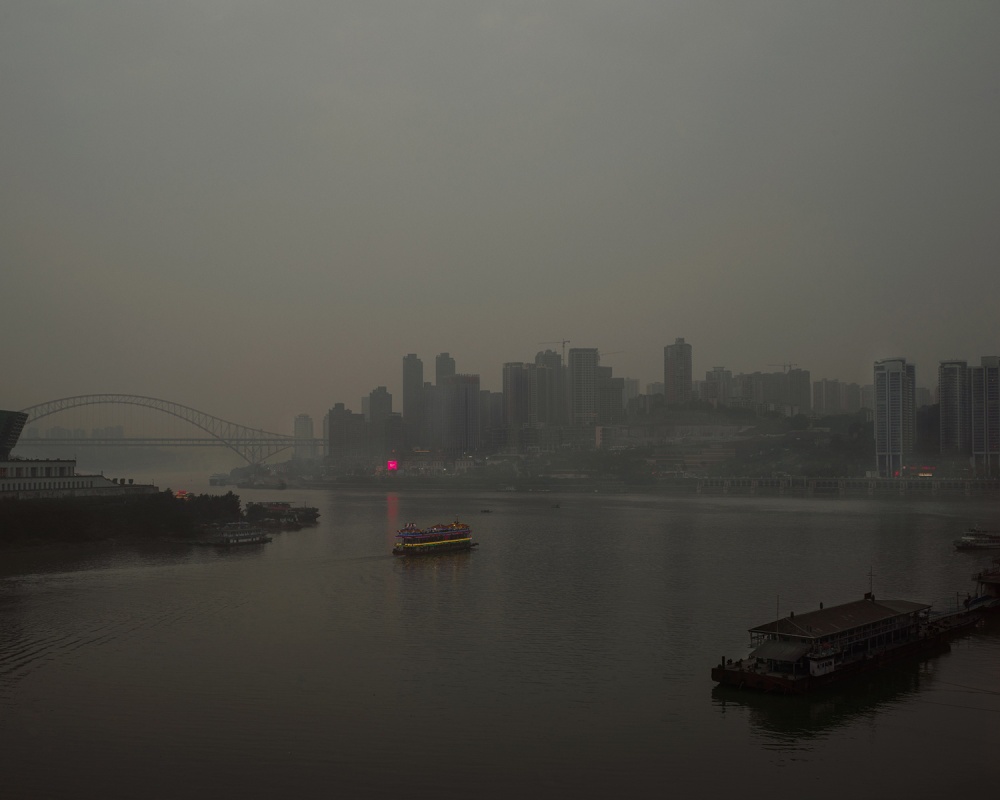