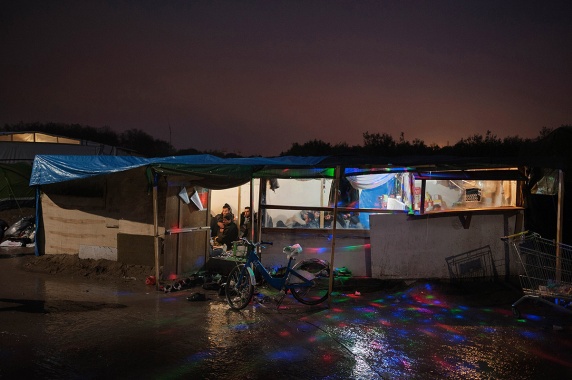 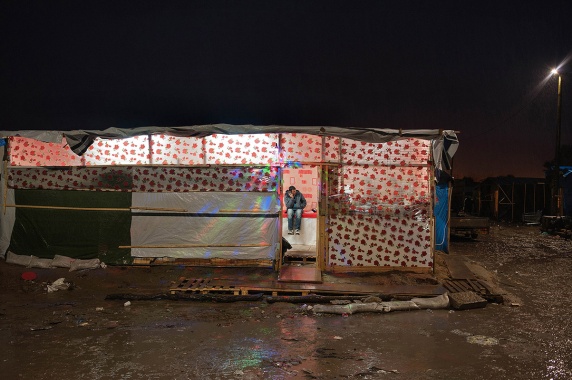 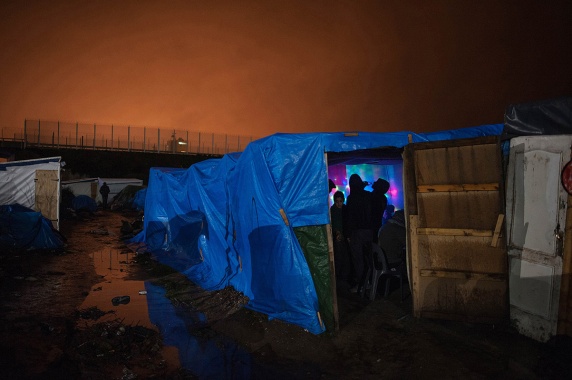 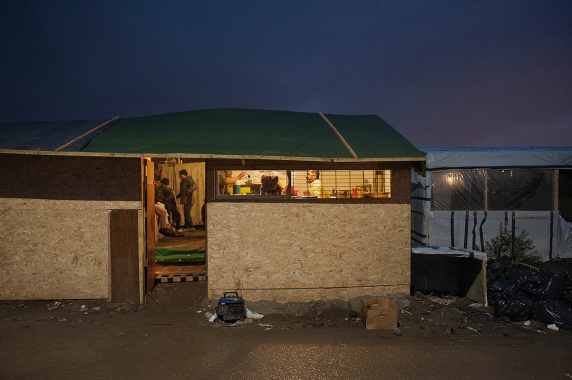 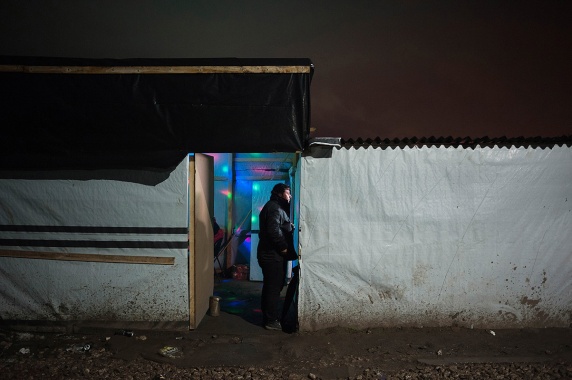 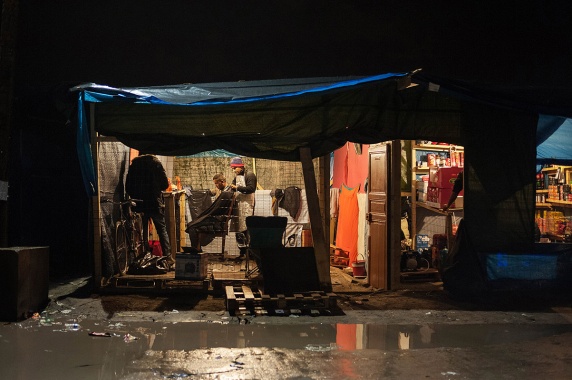 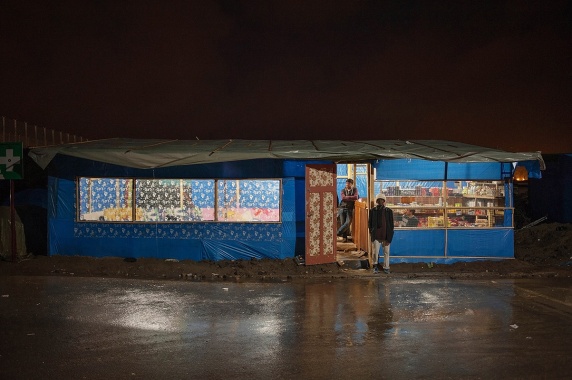 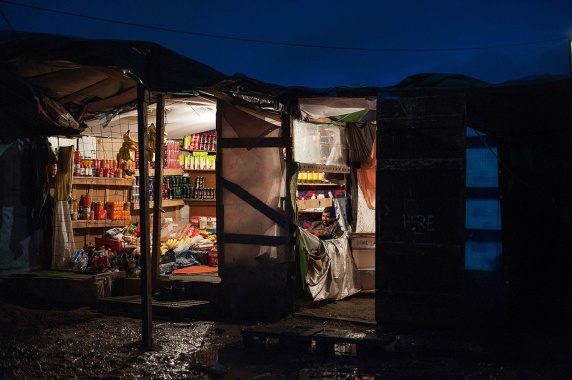 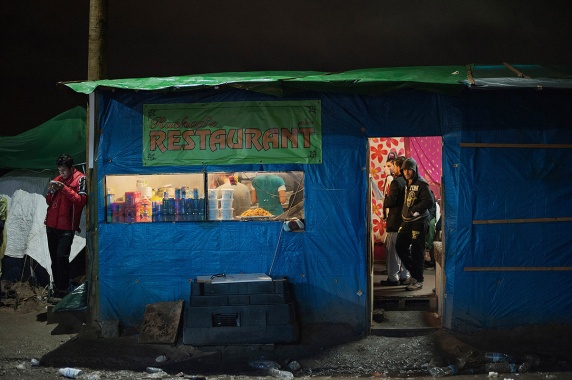 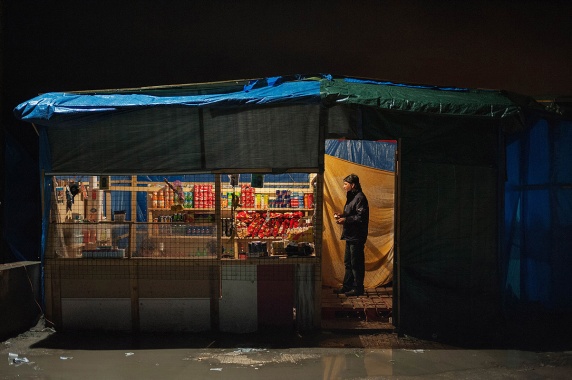 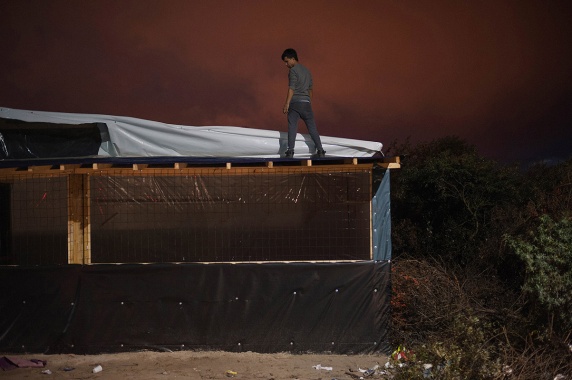 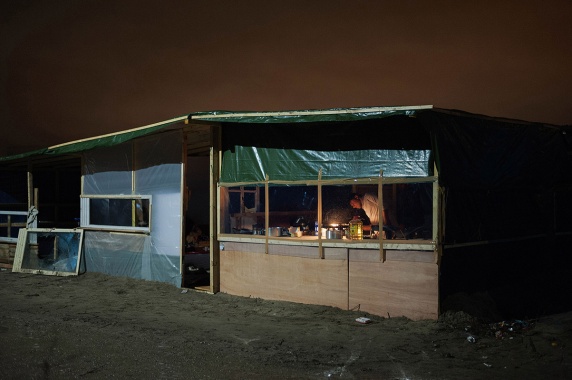 Italian photographer Giulio Piscitelli dedicates his ‘Informal Facilities in the Jungle’ series to the social changes taking place in Europe’s largest refugee camp. An architectural study as a metaphor for the transformation of one of the biggest crises in recent years.

Born in Naples, Giulio Piscitelli has been dealing with migration as a theme since 2010. His ‘Informal Facilities in the Jungle’ is part of his long-term project, ‘From There to Here’. What started as a local and regional report on tensions between African migrants and the Italian population, expanded following the Arab Spring to include the situation in the whole Mediterranean area. “At that time” the photographer explains, “I had no awareness of the importance of this phenomenon, but being a neophyte photographer, I was looking for work that would make me grow as a professional and deepen the way I carry out journalistic works.”

“The possibility of free movement is not the same for everyone, the immigration is a problem of passports and civil rights not of numbers of people and security measures.”

Back then Piscitelli was working at a photo archive centre, and quickly saw the many analogies between pictures of Italian migrants in the early 20th century and pictures of refugees today. In 2011 he joined 120 refugees crossing the Mediterranean in an old fishing boat – from the Tunisian coast to Lampedusa. The experience deepened his commitment to follow up on the theme, documenting it from various perspectives. In November 2015, he spent ten days in the refugee camp by Calais. Calais is the most important harbour in northern France, located at the narrowest passage between mainland Europe and the British Isles, which many refugees are trying to reach. This is where the Euro Tunnel was opened in 1994; but the tunnel that was once a symbol of further unity within Europe, does not appear in Piscitelli’s photos. “The Tunnel is not visible in my pictures because, in practice, the area is a militarized zone. More than a symbol of integration, at the moment in my opinion it represents a symbol of separation or discrimination; because it can only be crossed if you have a ‘valid document’.” 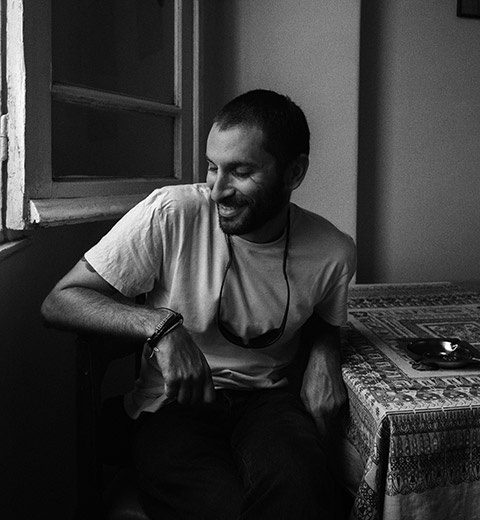 Born in Naples, Italy, in 1981, Giulio Piscitelli studied Communications Sciences and later worked at the Parisio Historic Archives in Naples. He has worked as a freelance photographer with various Italian and international agencies, newspapers and magazines since 2008. His work has been exhibited internationally, at the Bangkok Photo Festival, Visa Pour L’Image Perpignan and Angkor Photo Festival, among others. Piscitelli has been represented by Contrasto Agency since 2013.