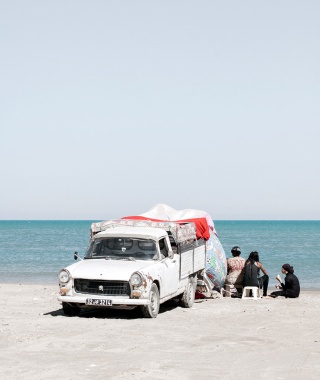 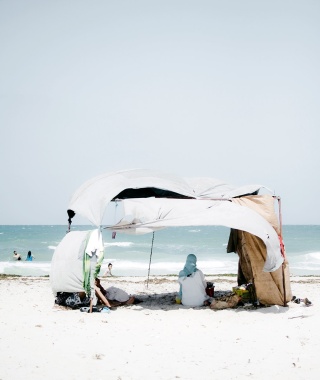 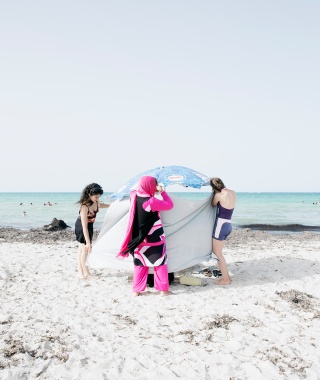 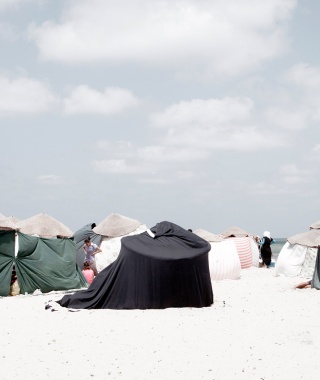 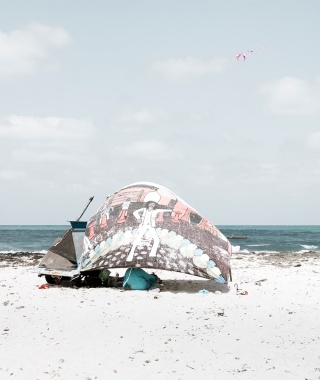 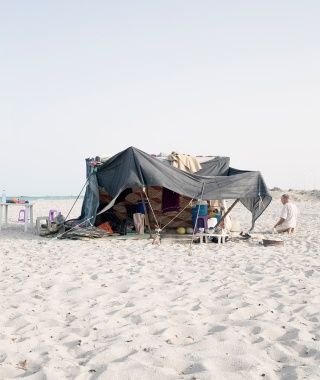 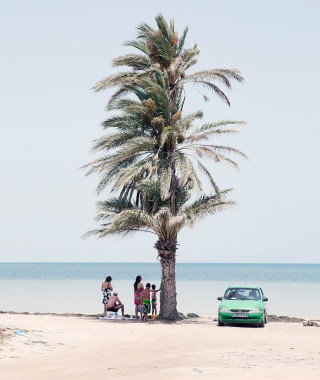 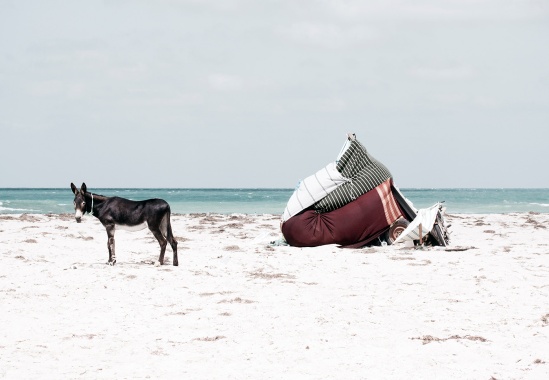 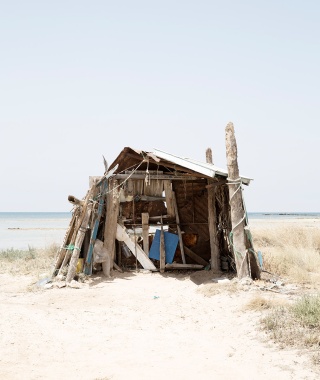 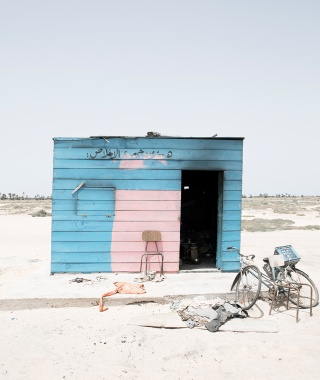 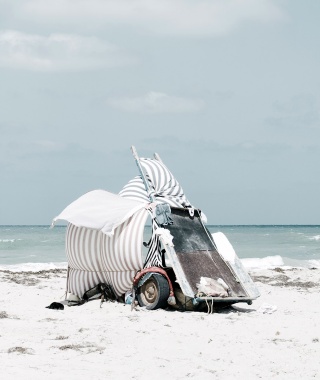 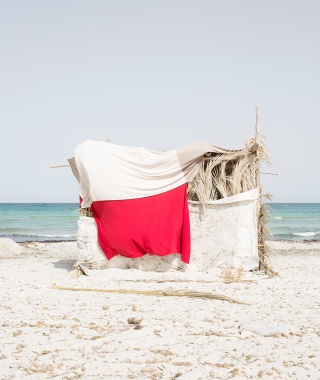 The French photographer explains how his ‘Nomad’s Land’ series came about. There are times when one simply stumbles across photographic themes on the street or, better still, on the beach.

“I came upon my ‘Nomad’s Land’ project quite by chance, when I was on vacation on the Tunisian island of Djerba. My hotel room was on a long, public beach, and I saw many families with kids and animals, coming to the waterside on mopeds and in cars. They built temporary shelters out of odds and ends – both rudimentary and ingenious. I grabbed my camera and spent two hours under the burning sun, observing their progress. It seemed like these ‘nomad’ installations, planted gaily in the sand, were just waiting to be photographed. The only thing I needed to do was push the trigger!

“Photography makes it possible to extricate oneself from the world. Photography is a way out.”

I soon appreciated the architectural quality and poetic character of these minimalist tents with their colourful canopies swaying in the wind – each very unique but similar at the same time. These provisional structures were rather like surrealistic ‘objets trouvés’. So I began collecting them. The details of the project developed step by step, and during my researches I discovered many ways of looking at them – from the architectural, ethnic or sociological perspective. However, from a purely aesthetic point of view, I was simply determined to reveal the beauty I saw, which others might not. Together with the photography, this anti-art is also the core of the series.

During my search for more tents and structures, I visited numerous beaches located on no man’s land. Consequently, ‘Nomad’s Land’ became the obvious choice for the title.” 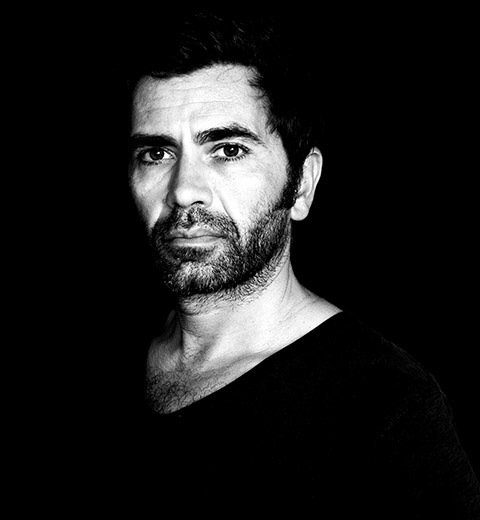 Born in Angers, France, in 1974, Cimier taught himself photography. He has a degree in Publishing, and worked as a librarian at the Etablissement Cinématographique et Photographique Des Armées. He is the co-publisher of various literary and poetic works. Cimier has been living in Tunisia since 2007, working as a free-lance photographer for various newspapers and commercial customers, as well as on his own projects. 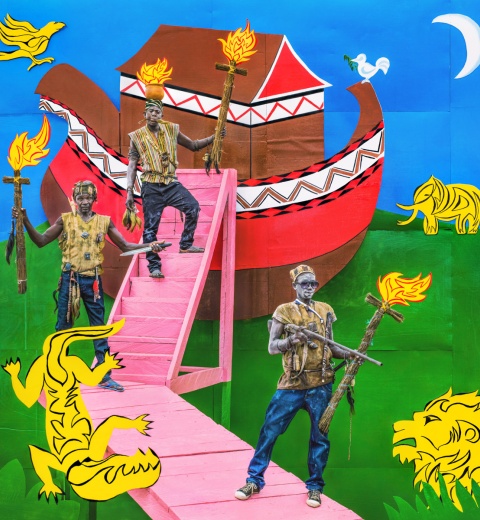 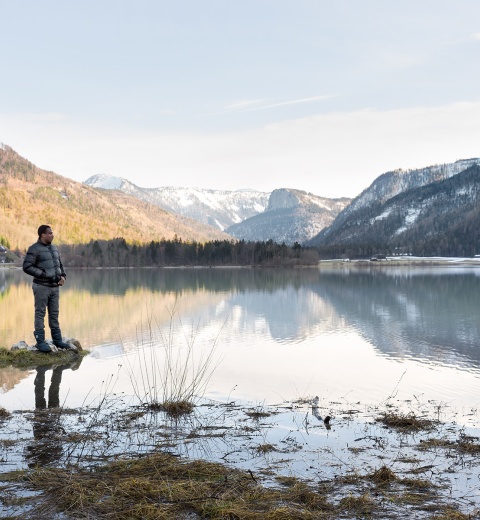