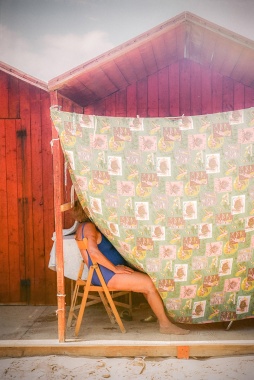 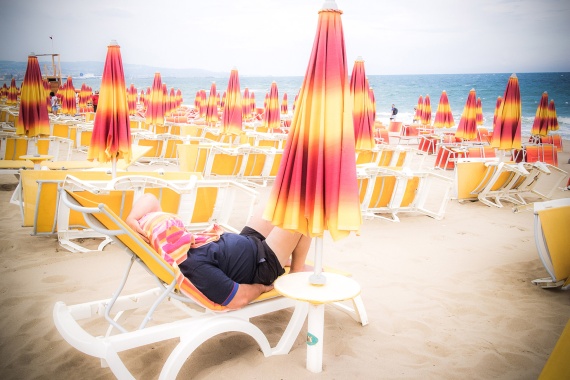 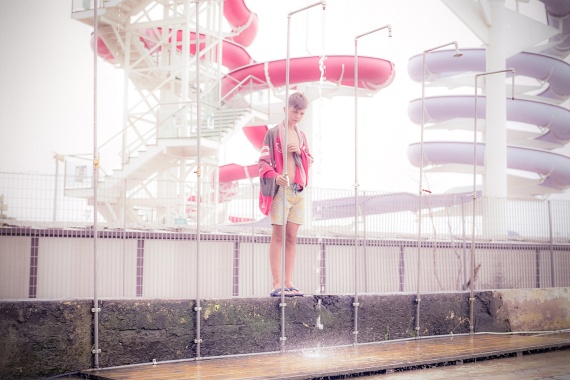 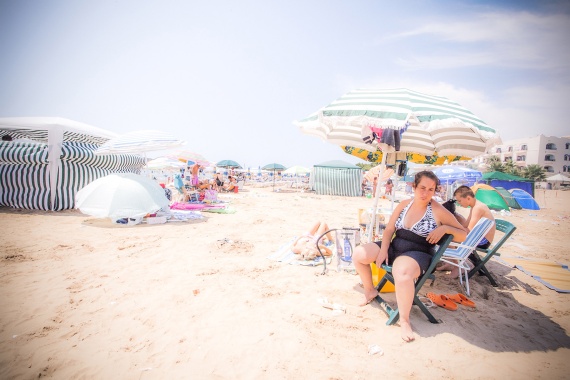 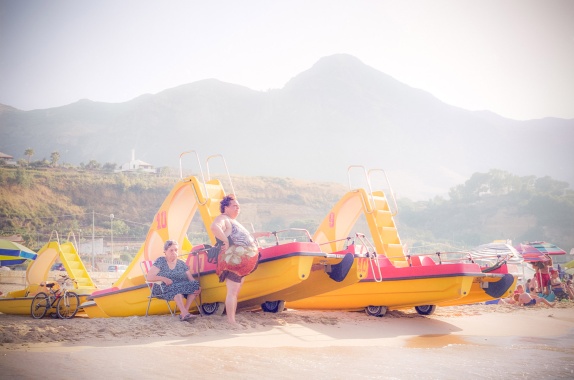 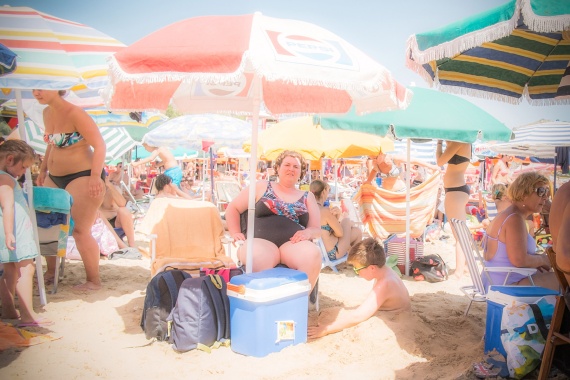 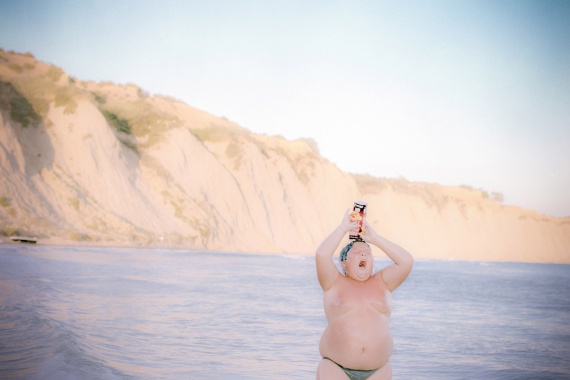 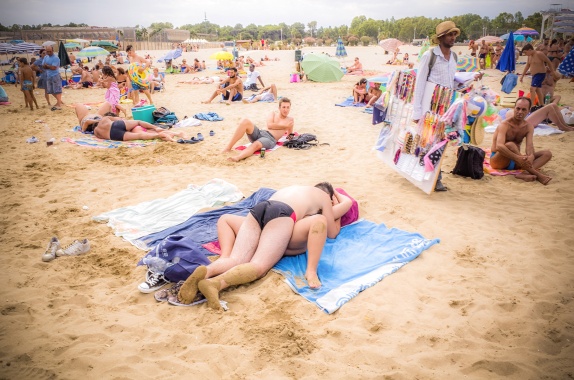 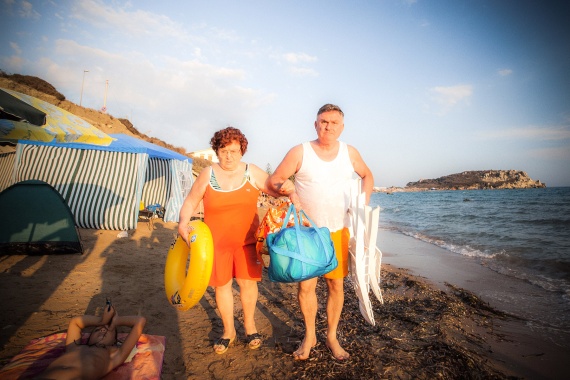 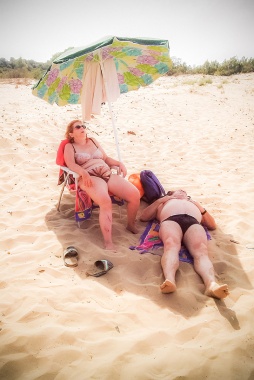 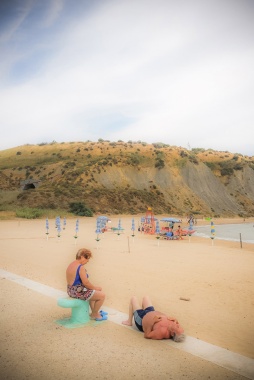 Many Italian families spend their summer vacations at the beach in their own country; and things get particularly crowded and lively around August 15th, the Ferragosto, their national holiday. In his “Amuninni ’u mari” (Let’s Go to the Seaside) series, Turi Calafato has documented the hustle and bustle on the beaches of Sicily – carefree, straight on and colourful.

How did the idea for the “Amuninni ’u mari” (Let’s Go to the Seaside) series come about?

The idea came up during the summer of 2013, when I decided to document the ritual of the 15th of August. In Italy the 15th of August is seen as the peak of summer; on that day the beaches are really, really, crowded, and people even arrive the night before. On the night between the 14th and the 15th it is customary to make a big bonfire by the sea where people can warm up after a midnight swim. So I began photographing the seaside on those days. Afterwards I started to travel along the Sicilian coastline whenever I could.

Your series tell a lot about society and its rituals… what do you think about customs and traditions?

I used to go to the seaside with my family when I was a little boy, and I realize that summer rituals have almost remained the same throughout the years: people playing by the sea; families having a big lunch under an umbrella – a classic is the watermelon, which is sometimes put in the sea to keep cool –; couples of all ages spending time together; people sleeping. I think that people love to follow the same traditions and rituals throughout the years. Rituals bond us together as a community; they help reinforce our cultural identity.

“I used to go to the seaside with my family when I was a little boy, and I realize that summer rituals have almost remained the same throughout the years.”

What is the biggest challenge for you when taking photos?

That’s an impossible one: ‘being invisible’. I get the impression that people in front of a camera are not completely themselves; they kind of ‘act’ for the camera. Being invisible is impossible, but I try not to be intrusive when I’m among people. I want them to be confident in my presence, so that I have a better chance of capturing a glimpse of a spontaneous and natural act.

Do you still like going to the seaside in your free time?

Yes, I love to go to the seaside, especially during summer. However, when I’m not working on my photographic project, I prefer quiet and solitary beaches rather than crowded ones. 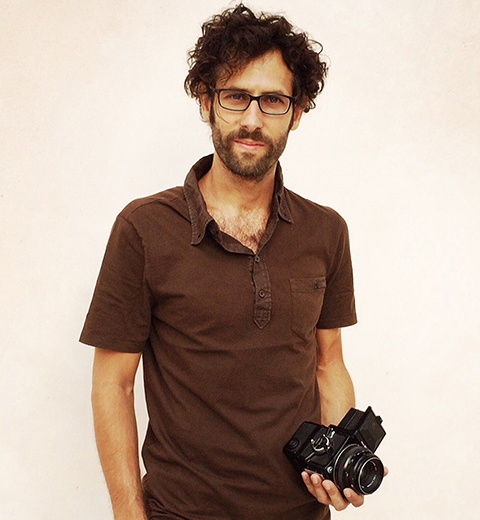 Born in Catania, Sicily, in 1979, Calafato’s photographic training consisted in just one, 20-hour, basic course that he completed in the summer of 2011; and he has been working as a photographer ever since. His work has been published in Vogue Italia, Io Donna and Il Fotografo among others. In addition to solo exhibitions in Italy, his pictures have been part of international group exhibitions, such as at the World Press Photo Awards and the Kaunas Photo Festival.