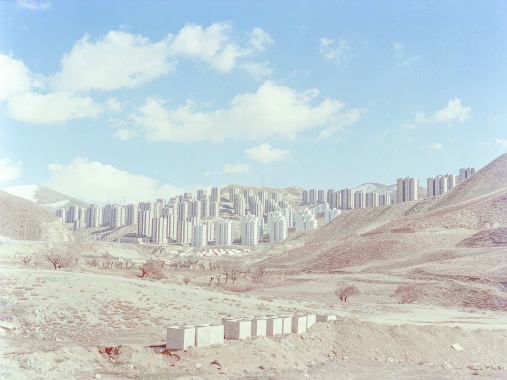 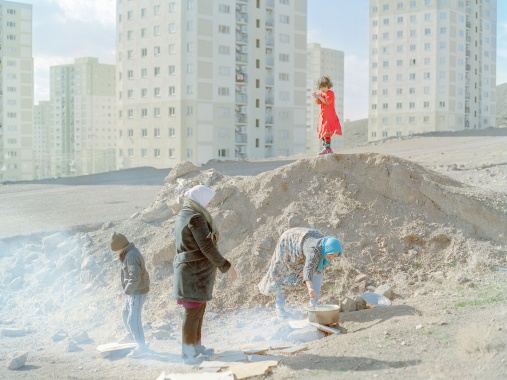 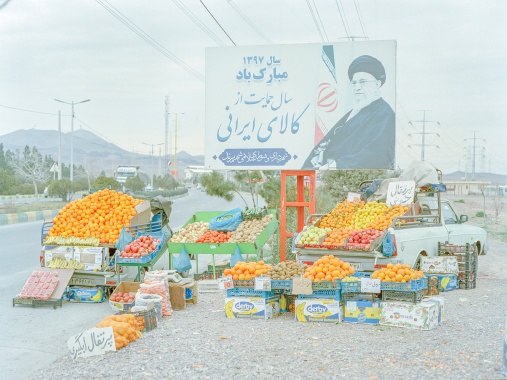 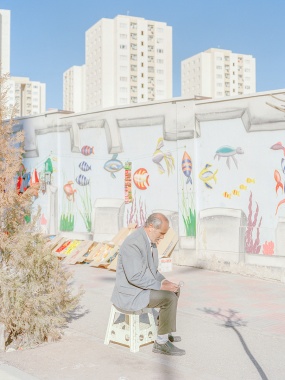 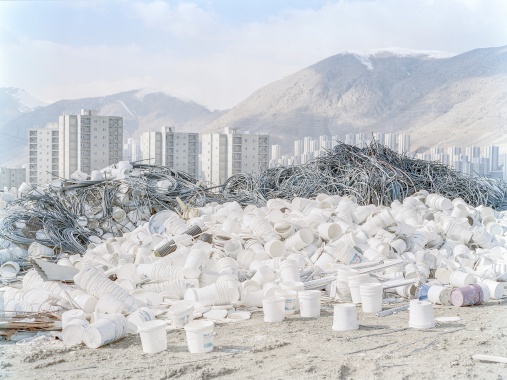 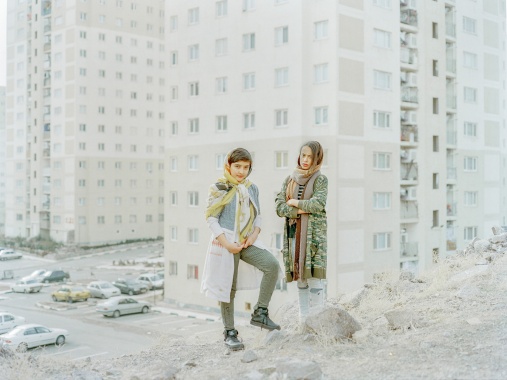 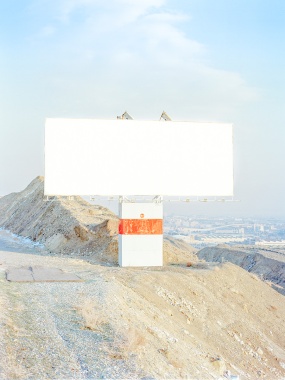 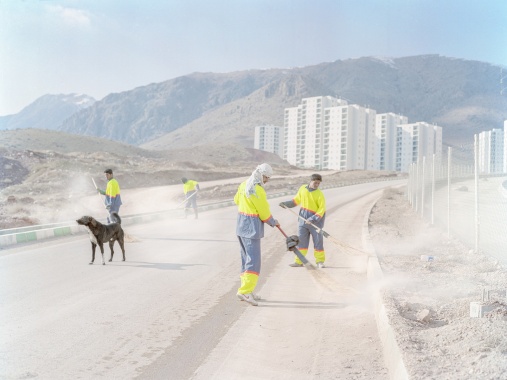 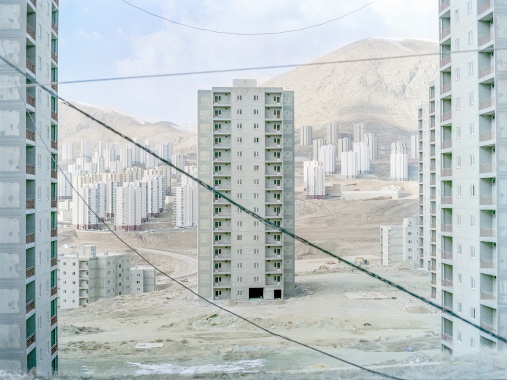 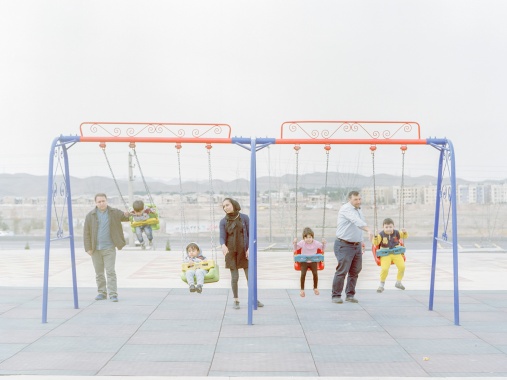 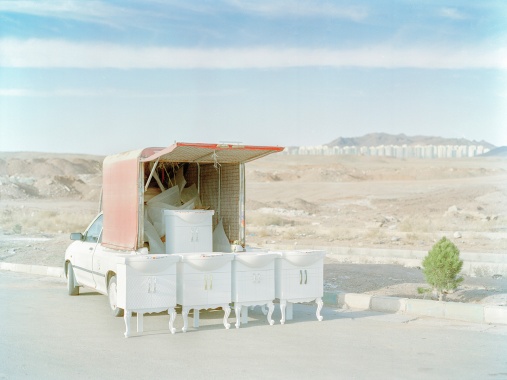 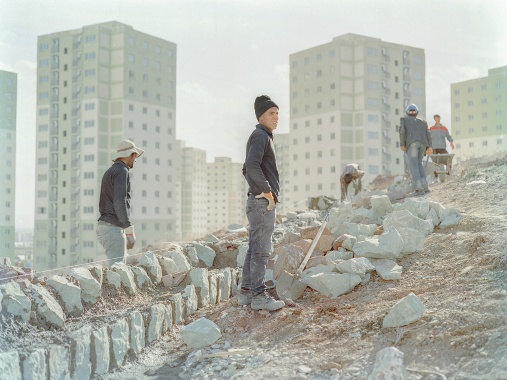 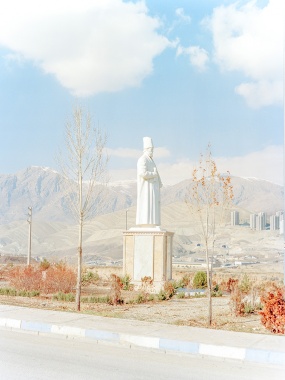 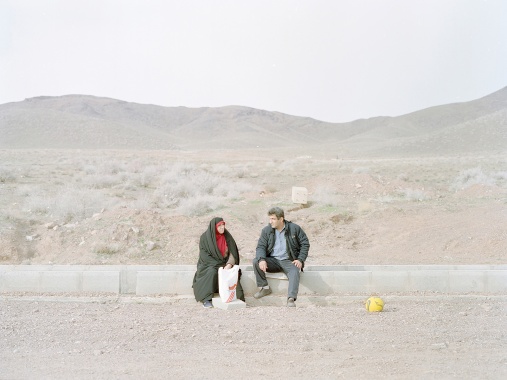 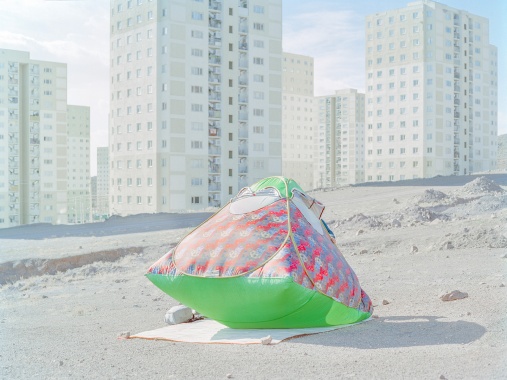 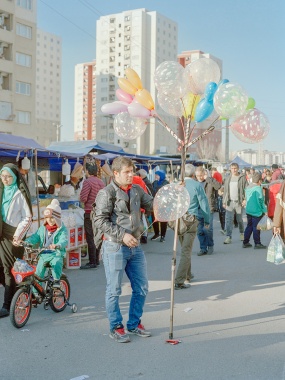 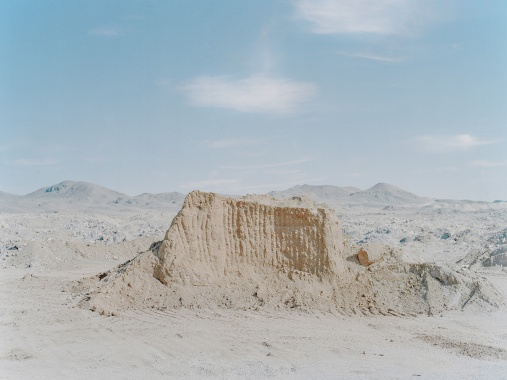 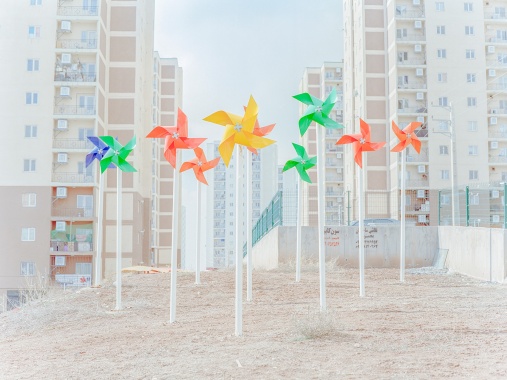 Hashem Shakeri – Cast Out of Heaven

He sees himself as a documentarist of change: with “Cast Out of Heaven”, Hashem Shakeri deals with questions of exile and alienation. The series is the second part of a trilogy dedicated to contemporary humanity.

Paradise orbits the Iranian capital like a satellite. It is an island of high rises and unified housing, populated by thousands of people and masses of cars. White. Dusty. Desolate. This paradise seems to stand for the opposite side of life, like a symbol for loneliness. In Persian, the word for paradise is “Pardis”. It is the name given to the new satellite cities that have been shot out into space – a consequence of rapid population growth and increasing property prices.

They are referred to as concrete deserts or “worker lockers”. These concrete deserts wrap like a chain around the throat of the capital, strangling both the citizens and Tehran itself. Many who live there are unemployed; those who have jobs commute two to three hours a day between their homes and work. Their lives are mundane and repetitious, excluded from the activities of society. The new cities are melting pots of frustration, alienation, anonymity, suicide and drugs. They are the destination for those who have been cast out of heaven – out of the metropolis of Tehran. “Basically, ‘Cast Out of Heaven’ is an ironic title. Heaven is an allegory for our potentially utopian city, Tehran; from there, people are forced to leave, one by one, and then move to a new ‘heaven’ that’s been imposed upon them. The city forces its citizens out, and they have to find shelter in one of the new ‘heavens’ that have been built for them.”

“I’m interested in issues that could concern anyone, regardless of geography, religious beliefs, ethnicity, and so on. Things that humankind has always dealt with, everywhere, throughout history. I want the narrative to have a universal quality.”

Shakeri’s images speak of emergence and departure, of memories and history. The former Tehranis and other immigrants enter an immaculate and pure country that they seek to get a grip on, and try to make as colourful as their previous life. Children play on swings planted in the desert; a freshly-planted tree tries to survive by the pavement; and wash basins wait to find their way into future homes. The impression conveyed is that no one is really living in this new world, as though the people there are in transit. “In this project, I tried to create a kind of unity between the form of the landscape and the buildings, and the body language and postures of people in the area. At the same time, I like to contrast the relationship between the somehow disoriented people and the buildings that have sprung up like mushroom colonies around them, and the total lack of identity. My aim was to create an apocalyptic world.”

To capture this mood, the photographer worked with a Mamiya and, furthermore, overexposed the pictures. These hopeless people, existing on the edges of society, appear like protagonists in a fairytale. They seem cut off from time and space, the eternal heroes of their own stories. Shakeri conveys their bitterness and pain with poetic beauty; rather like floating away from dystopia. 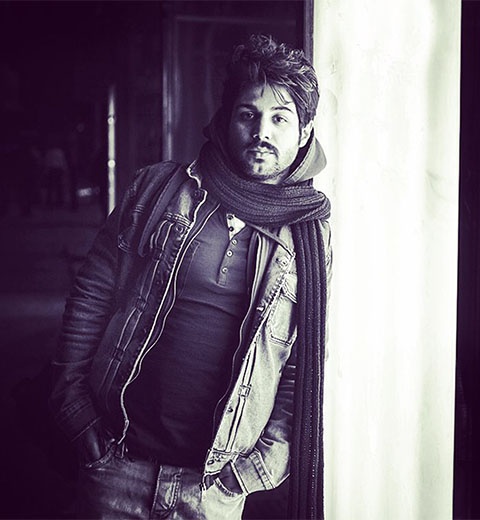 Hashem Shakeri is an artist, photographer, and film maker. He lives in Tehran, where he was born in 1988. As a documentarist, he explores human relationships, restlessness, confusion and the social battles of the world. His work has appeared in numerous international publications, such as The Sunday Times and the British Journal of Photography, and has been exhibited at festivals and in museums. In 2019, he was the recipient of the Reportage Grant from Getty Images.