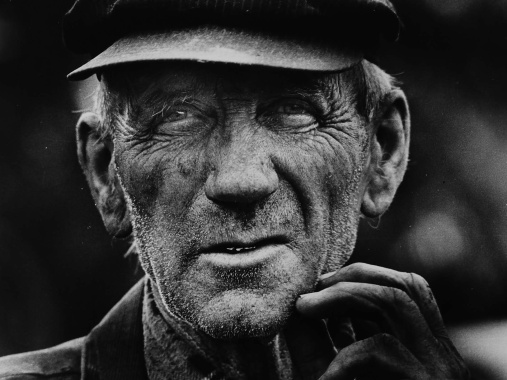 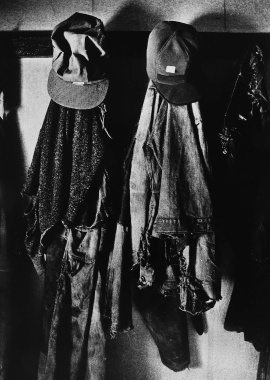 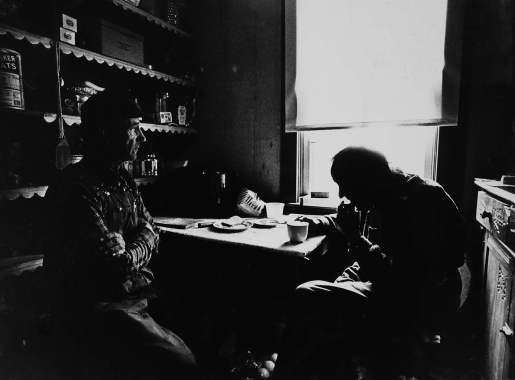 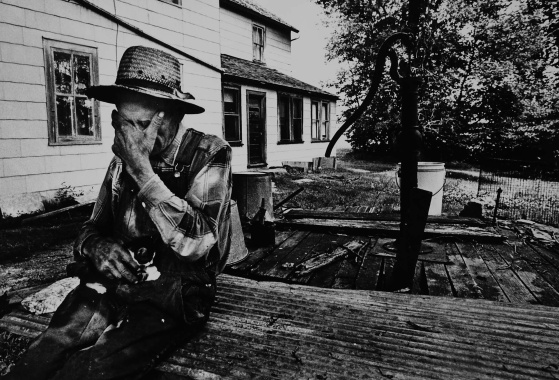 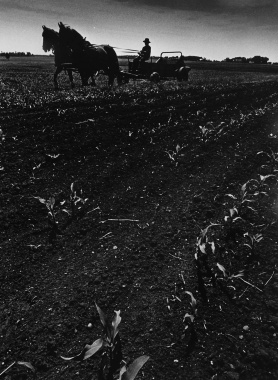 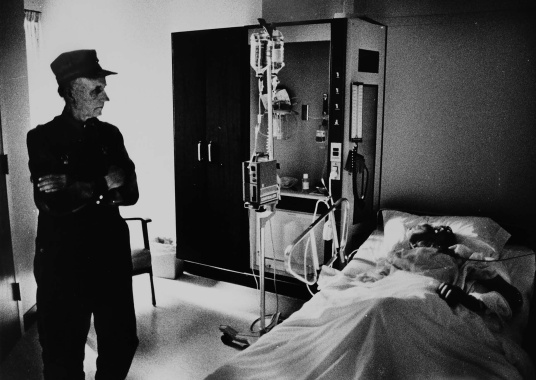 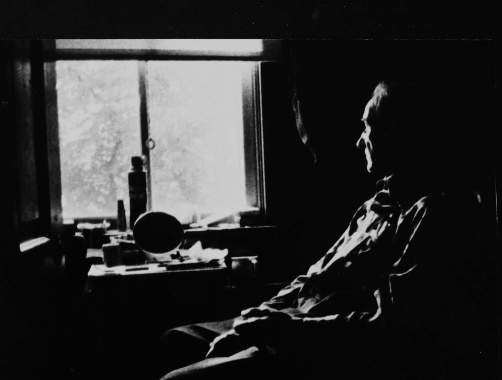 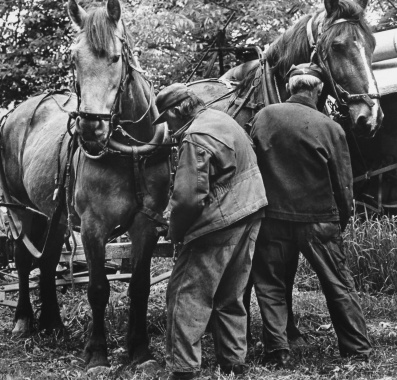 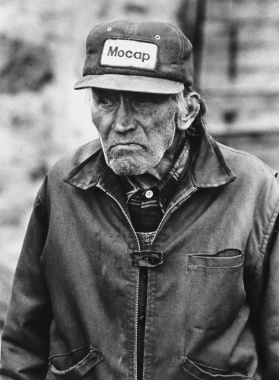 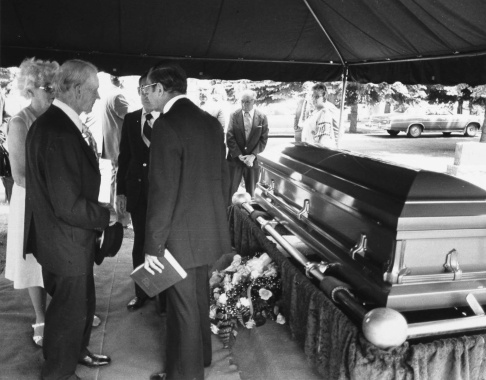 The American photographer’s winning series tells the story of two elderly farmers, struggling to preserve their way of life, in the middle of the State of Minnesota. In 1983 Neil McGahee’s touching photo series was honoured with the Leica Oskar Barnack Award, which was being granted for the fourth time.

“The Little House on the Prairie”: it may well once have been the American dream to experience the freedom of country living, with your family producing enough to be self-sufficient. Moving pictures flickering on the TV screen convey this idea of endless wide expanses, combined with simplicity, love and down-to-earth living. When Neil McGahee began working for the Star Tribune in Minneapolis, Minnesota, at the beginning of the eighties, his editor sent him out, towards the end of winter, to places still deep in snow, to take pictures of farmers. On one of these trips, he encountered two men ploughing a field with a harnessed horse. “I stopped and talked with them, and I realised that this was a good lifestyle story,” McGahee explains. “Two old men who refused to give up their old ways, despite modern machinery — and after getting their permission, I began photographing them.”

“I approached this story as I have always done — talking with the subjects and letting them know that I didn’t want to pose photos and whatever happened, good or bad, I would photograph it. They went about their daily lives and hardly seemed to notice me.”

Charlie and Wilhelm: two brothers who were born in the same house they were living in. Neither had married. They spoke German with each other, whenever the photographer was not at hand. At one time, they explained, they had bought themselves a tractor; but they never used it, because “you can’t talk as well with a tractor as with a horse”. Their forebears had come to the United States in search of a new life, yet now they themselves belonged to a quickly disappearing chapter of the American story. McGahee visited the two brothers at least once a week for nearly three months, accompanying them and documenting their life with his camera. “I approached this story as I have always done — talking with the subjects and letting them know that I didn’t want to pose photos, and that whatever happened, good or bad, I would photograph it. They went about their daily lives and hardly seemed to notice me. I think the series was special because Charlie and Wilhelm granted me such unlimited access to their lives.”

McGahee’s black and white pictures show the brothers at work; with their horse; eating lunch together and engaging in other daily activities. His documentation includes close-ups and portraits. Their wrinkled, furrowed faces and hunched bodies speak of long lives and tough living conditions: rising early; strength and stamina; effort and poverty. A farmer’s existence is anything but a walk in the park. Though black and white has always been the photographer’s preferred medium, it underlines the essence of Charlie and Wilhelm’s life together – their exhausting everyday life.

“To be named the winner of this award meant I had fulfilled the dream I had always had of being a first-rate photojournalist.”

McGahee’s personal and touching, yet contrast-rich, series earned him the LOBA in 1983.  “To be named the winner of this award meant I had fulfilled the dream I had always had of being a first-rate photojournalist,” he says. Despite the recognition that the award afforded him, little changed immediately in his career – awareness of his work did not increase until some years later, when journalists began writing articles about him, and institutions began exhibiting his work.

While McGahee was producing his series, Charlie – the older of the two brothers – suffered a stroke and passed away. For the first time in his life, Wilhelm attempted to run the farm alone. However, he only survived his brother by one year. Consequently, the photographer’s pictures also speak of death, mourning and loss; and of how hard it is to go on without a loved one. McGahee explains that this series strengthened his view that we are all interconnected through our experiences – and that every person’s story is worth telling.

“I think the series was special because Charlie and Wilhelm granted me such unlimited access to their lives.” 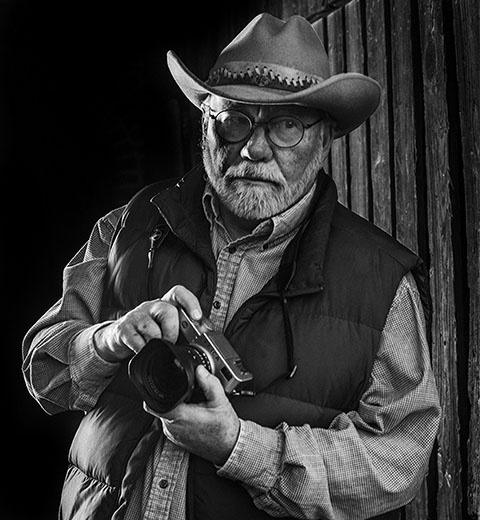 Neil McGahee began his career as a photojournalist in Florida, in 1974. He transferred to the Star Tribune in Minneapolis, Minnesota, in 1981. Among other issues, he has reported on wars, on starvation and on refugees in Eritrea, Rwanda, Somalia, South Sudan and Chad. His photo essays have dealt with subjects such as AIDS, ageing and poverty. In addition to the LOBA, he has received the Robert F. Kennedy Journalism Award and the Nikon World Understanding Award. He is enjoying his retirement on a farm in Georgia, though he is still always on the look-out for people he can photograph with his Leica cameras.