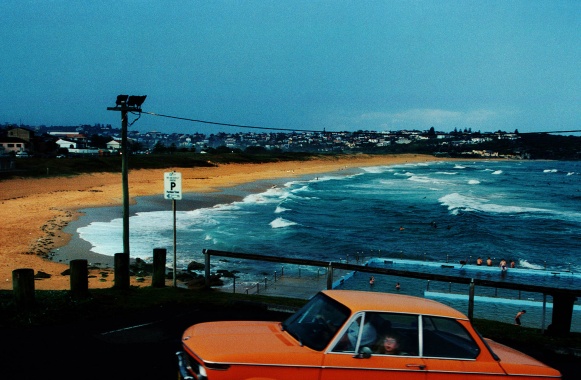 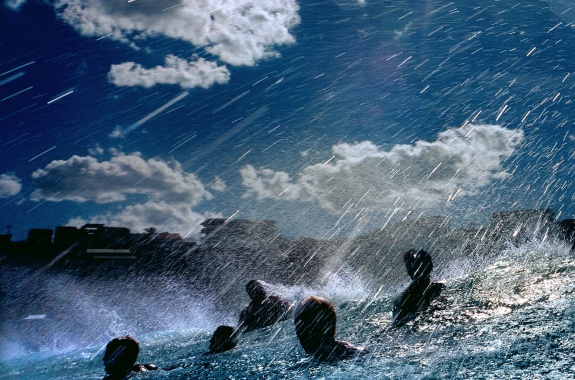 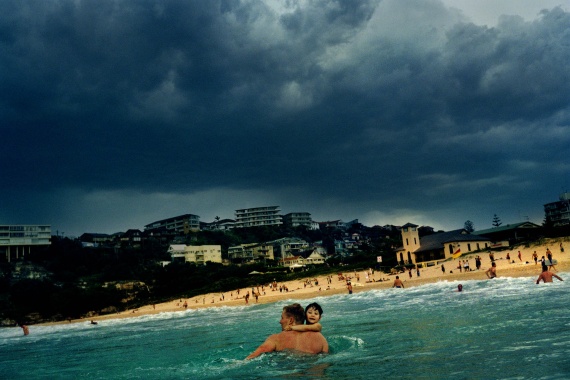 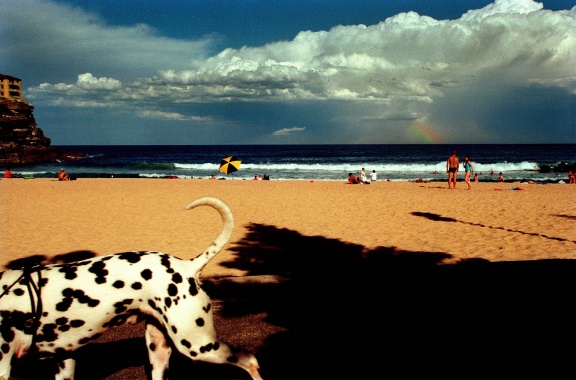 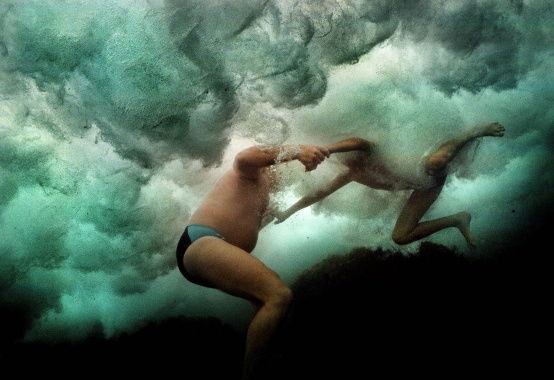 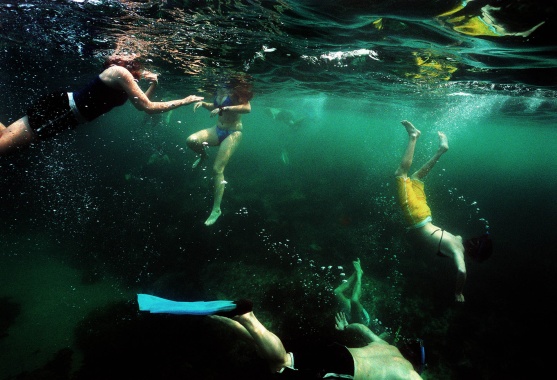 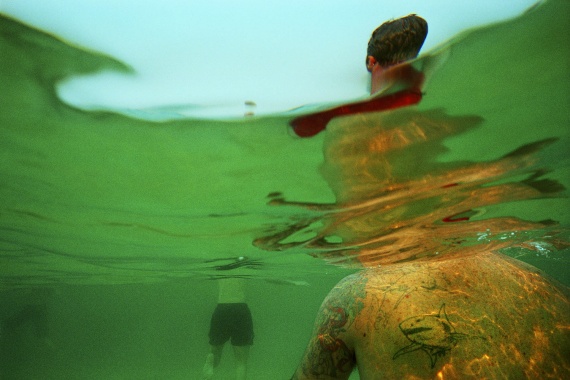 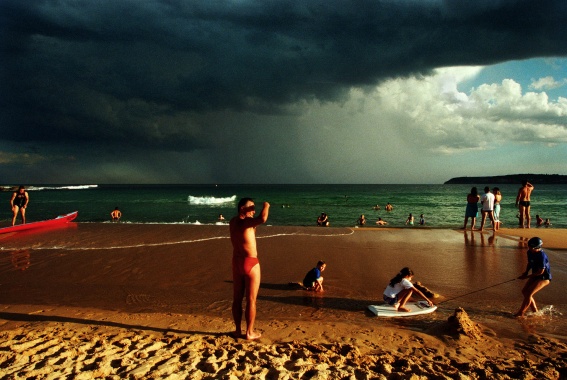 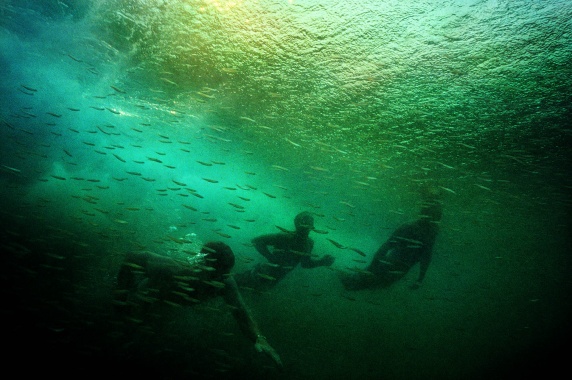 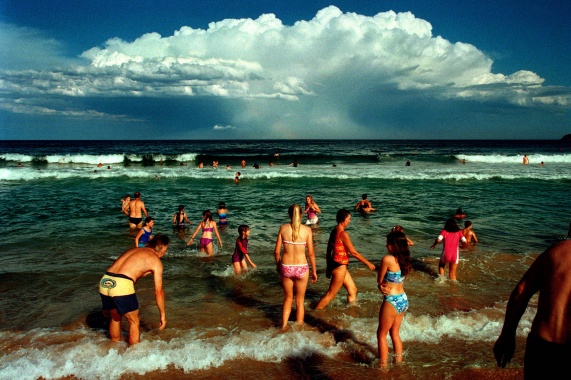 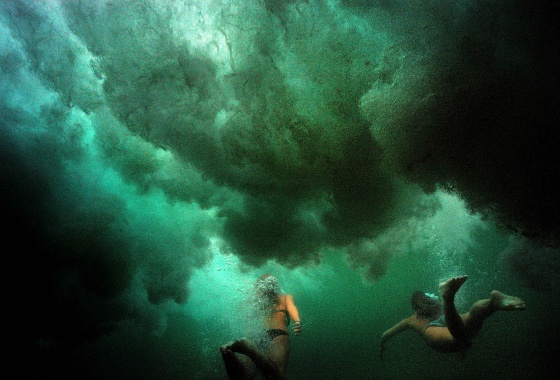 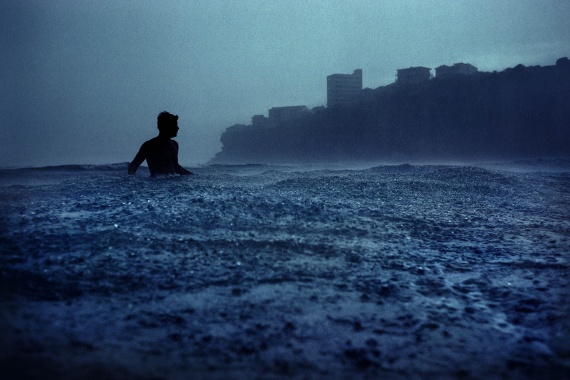 Saturated colours, intense light, happy people, blue seas, clouds: the Australian photographer won the 2002 LOBA for her lively picture series dedicated to beach life. Her complex compositions represent a great homage to the beauty of the Australian coastal landscape and convinced the jury, with their content and form, that the series best captured the competition’s theme of humanity’s relationship with the environment.

Despite its size, the Australian continent only has a population of around 20 million people; of these, 86 percent live close to the sea, and primarily along the east coast. In total, the Australian coast stretches for approximately 35,000 kilometres in length. It is bordered by the Indian, Pacific and Southern Oceans. Consequently, it is no surprise that water and beach activities play an important part of people’s lives there. Autio’s series is completely dedicated to the leisure activities of the coastal inhabitants: with colourful pictures, she celebrates the element of water, and captures intense weather phenomena that build up gigantic cloudscapes and paint brilliant rainbows. Time and again, nature and Australia’s fantastic weather offer dramatic surprises, creating the best possible conditions for the photographer to compose her colourful visual symphonies.

“I have always found inspiration around water, especially the ocean. The winning series was the beginning of a larger body of work called ‘Watercolours’ which I have continued to work on to this day.”

Autio not only photographed directly on the beach with her Leica M6; she also took her Nikonos underwater camera into undulating water scenarios. “There is no horizon underwater. One hears only a hissing sound, while the bathers move gracefully, as if in a ballet,” she says, becoming quite excited when she talks about the sea. “Legs and arms come from all directions, and you tend to lose your bearings, while the force of gravity no longer seems to have much effect. Somehow, the people look like small cherubs or little angels.” Growing up on the coast of Southern Australia, Autio is extremely well-acquainted with the sea and the moods of the weather: “The ocean is an element to which I return time and again, and is a place where I can relax.”

The photographer repeatedly manages to capture incomparable moments, where the forces of nature unfold their potential. “Although it deals with the typical Australian life-style, the series ‘Coastal Dwellers’ also represents a personal essay about my relationship with the beach, the unforeseeable nature of the ocean, and the constantly-changing coastline which surrounds it,” she explains. These ever-changing atmospheric moods, made up of light, wind and weather – at times tremendous and at times quiet – inspired her to produce the colour-intensive series. A certain amount of inspiration also came from artists of past centuries, whose saturated and sensual oil paintings find a lively correspondence today in Autio’s work.

“The immense power of the sea lends me energy, the likes of which I have never experienced elsewhere.”

Autio has been working with a Leica since 1998, and she still uses an M6 to this day for her personal projects; except when she is in the water. The photographer is, to date, the only Australian LOBA winner. Looking back, she comments on how important the award was to her: “It was extremely important, as it validated the decision I had made to stay in Australia and follow ideas that were an extension and reflection of my life at that time. My passion has always been the natural environment, especially the ocean, and I believe we take for granted all that surrounds us. I think it is important to be reminded of what we might lose, if we remain careless. It was wonderful that this work, celebrating the changing mood and drama of everyday life in and around the ocean, was rewarded with such recognition.” When she is asked today, in 2020, about her current projects, it is clear that she has remained faithful to herself and her subject matter: “I am still on the beach! I am finishing off a book project to be released later this year.” 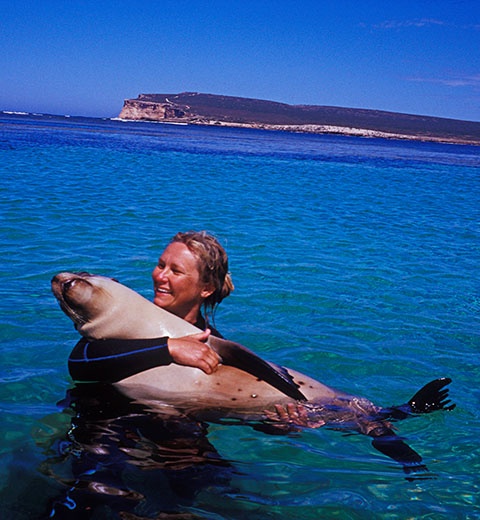 Narelle Autio was born in Adelaide, Australia in 1969. After studying Visual Arts at the University of South Australia, she began her career as a photojournalist, working all over Australia and also travelling through Europe and the United States. She is a founding member of the Oculi Photo Agency, and is also represented by the French Agence VU’. Autio lives with her photographer husband, Trent Parke, in Adelaide.