Pinckers wants his work to explore the degree to which photography actually reflects reality. This also applies to his current project, “Red Ink”, that he photographed under strict surveillance in North Korea, and where he plays very specifically with the viewer’s perception.
Max Pinckers’ work moves between visual storytelling, documentary photography and sheer aesthetics. He was already a finalist for the Leica Oskar Barnack Award in 2016. 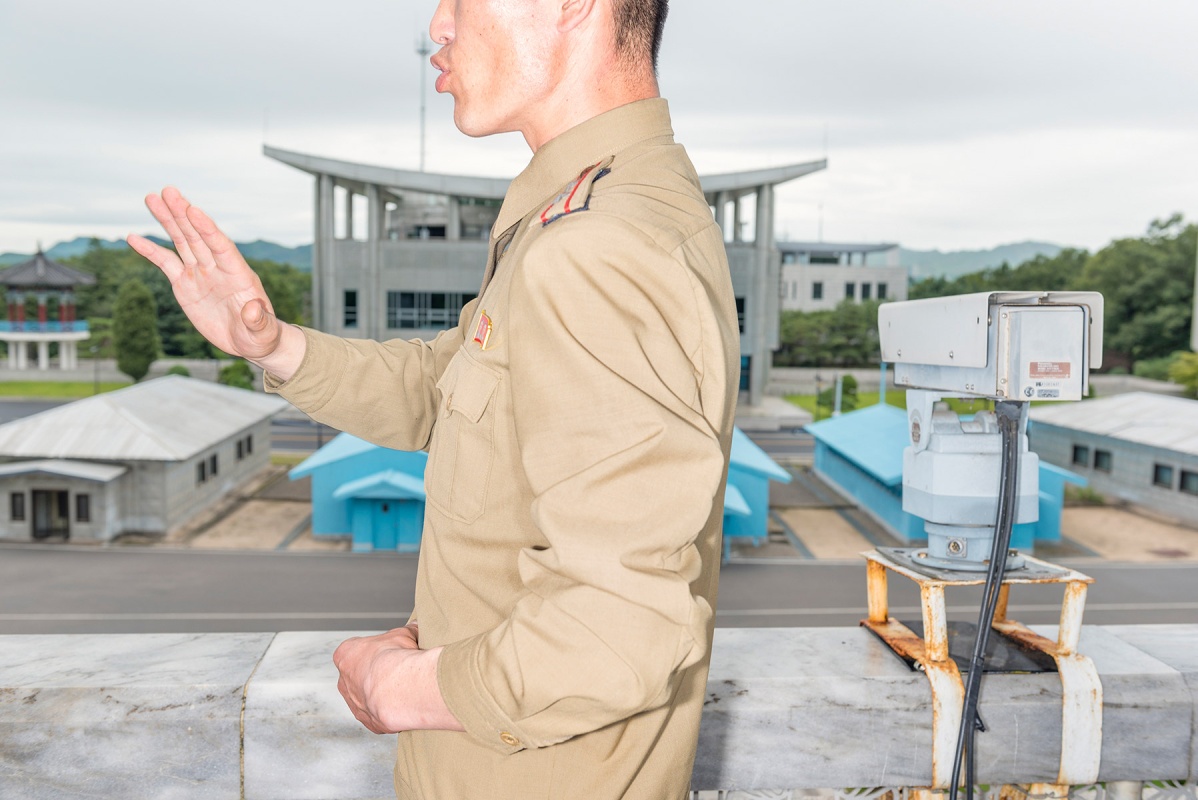 01
The Demilitarised Zone: a soldier gestures towards South Korea; Panmunjom 2017. 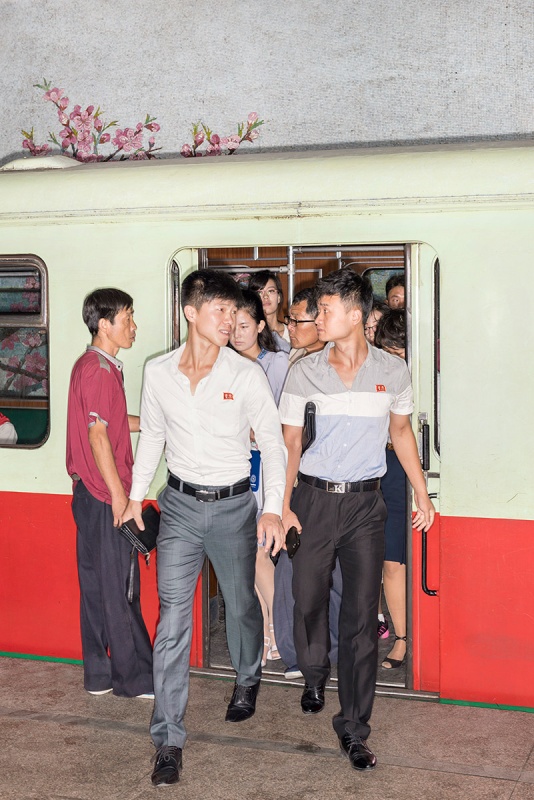 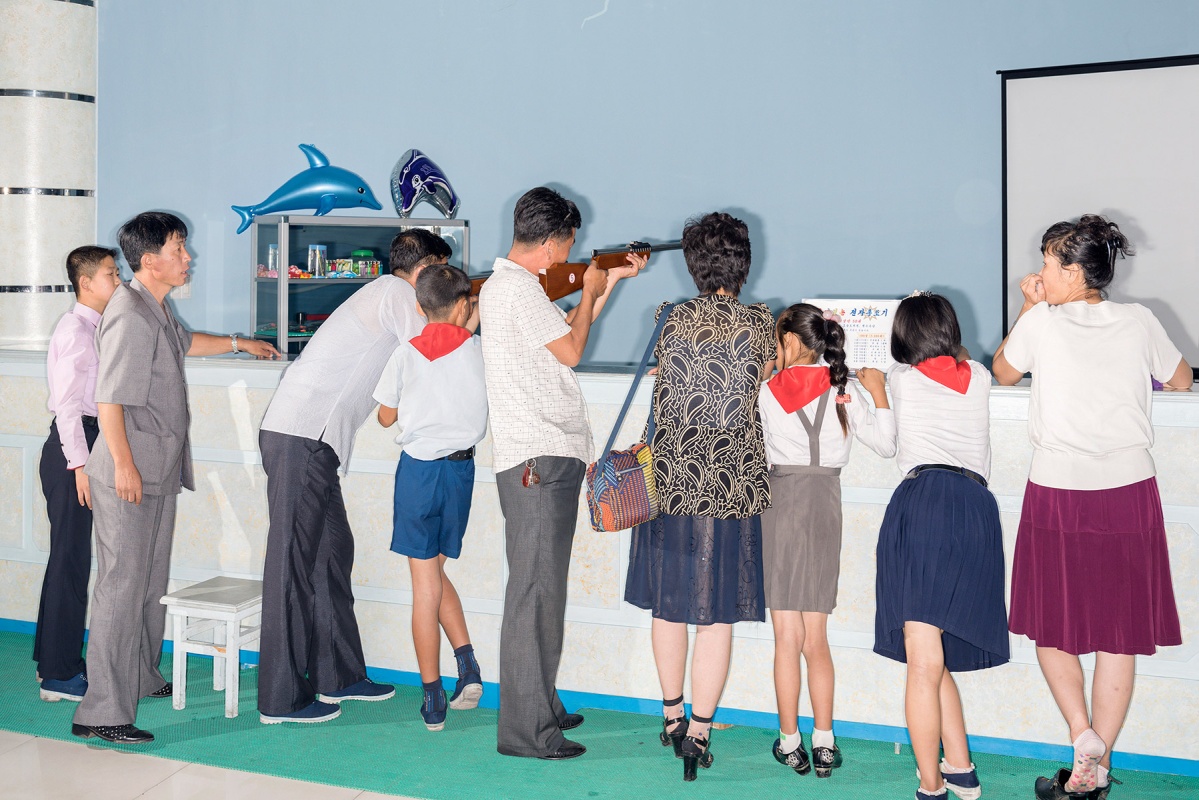 03
National Liberation Day on August 15, at the Rungna Dolphinarium; Pyongyang 2017. 05
Fruit stall at an underground station in Pyongyang; 2017. 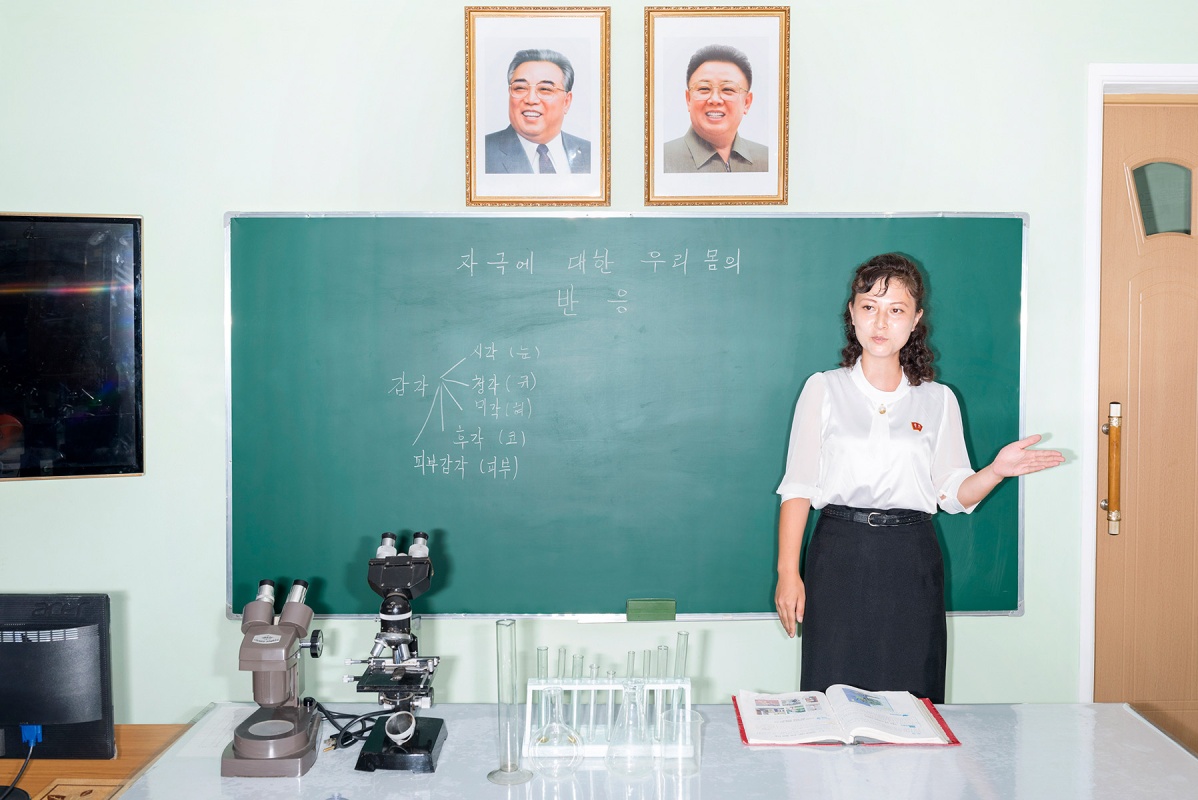 06
Chemistry teacher at a primary school for orphans; Pyongyang 2017. 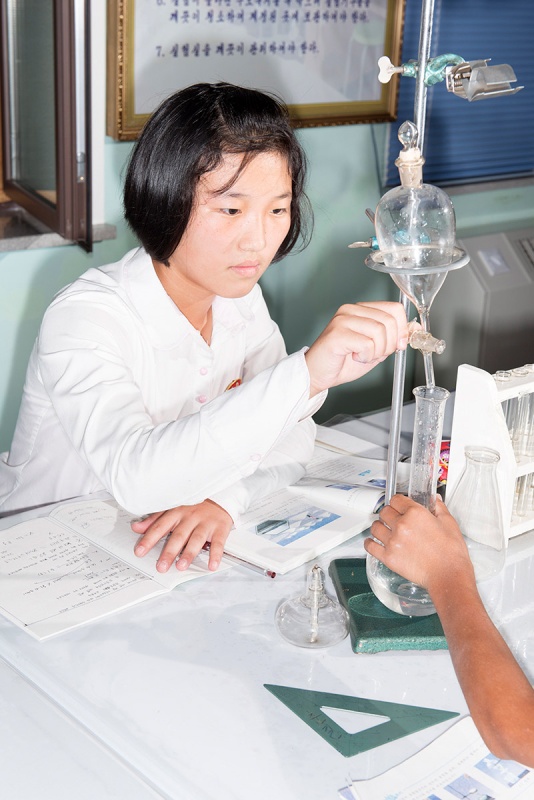 07
Pupil in the chemistry laboratory of a primary school for orphans; Pyongyang 2017. 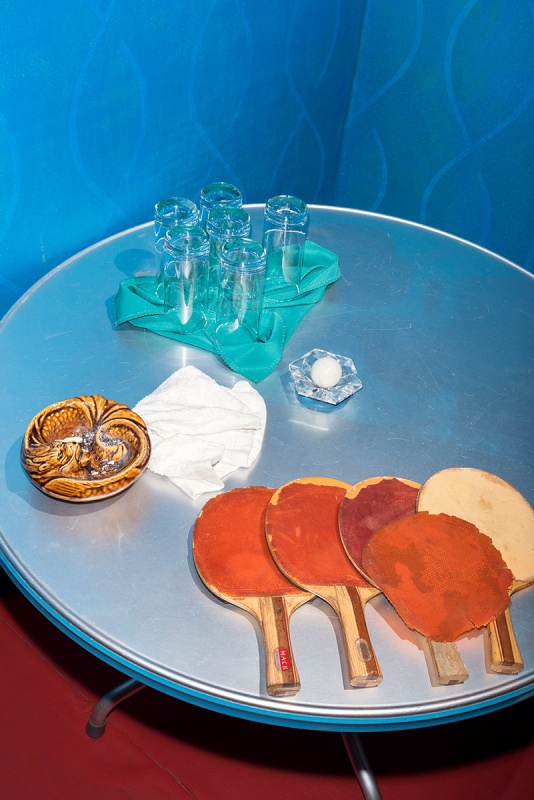 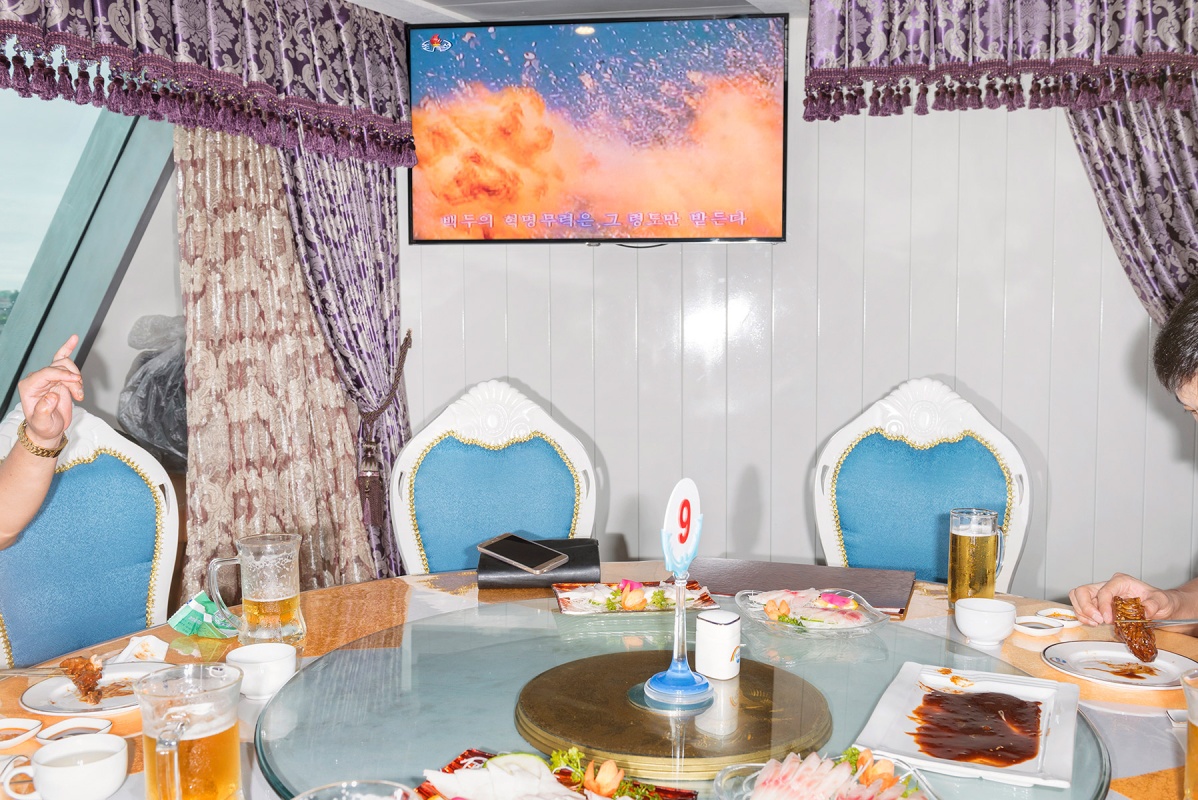 09
Lunchtime at a floating restaurant with Korean Central TV in the background; Pyongyang 2017. 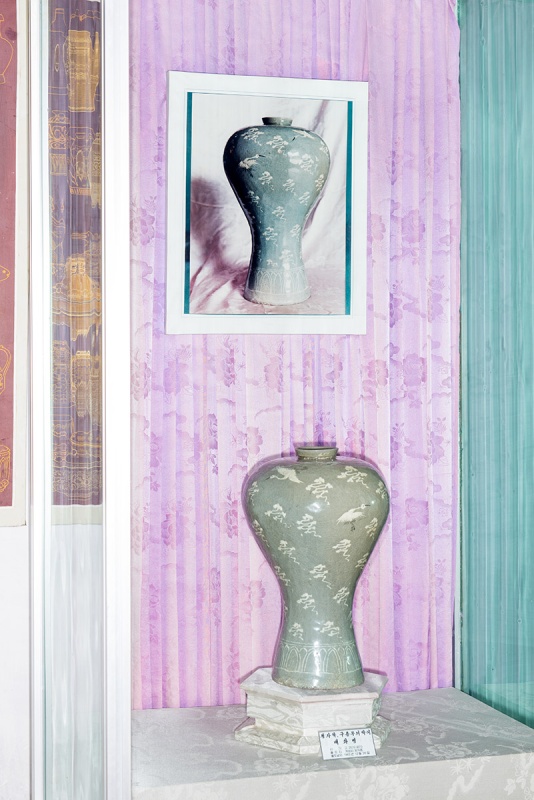 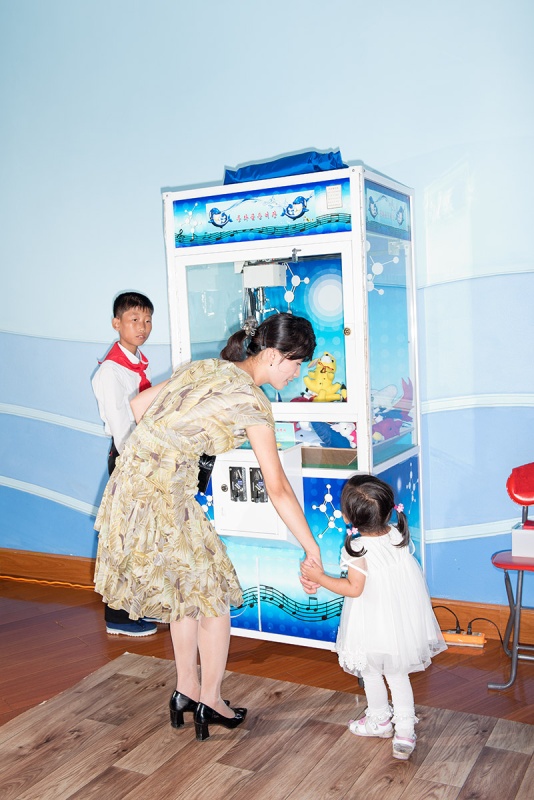