“Future Studies” is a long-term project, by the Italian photographer (born 1971), that is specifically aimed at exploring new ways for humanity to survive on planet Earth. He questions our concept of the need for permanent economic growth, and uses his project to open up an intense debate about our relationship to nature and technology. 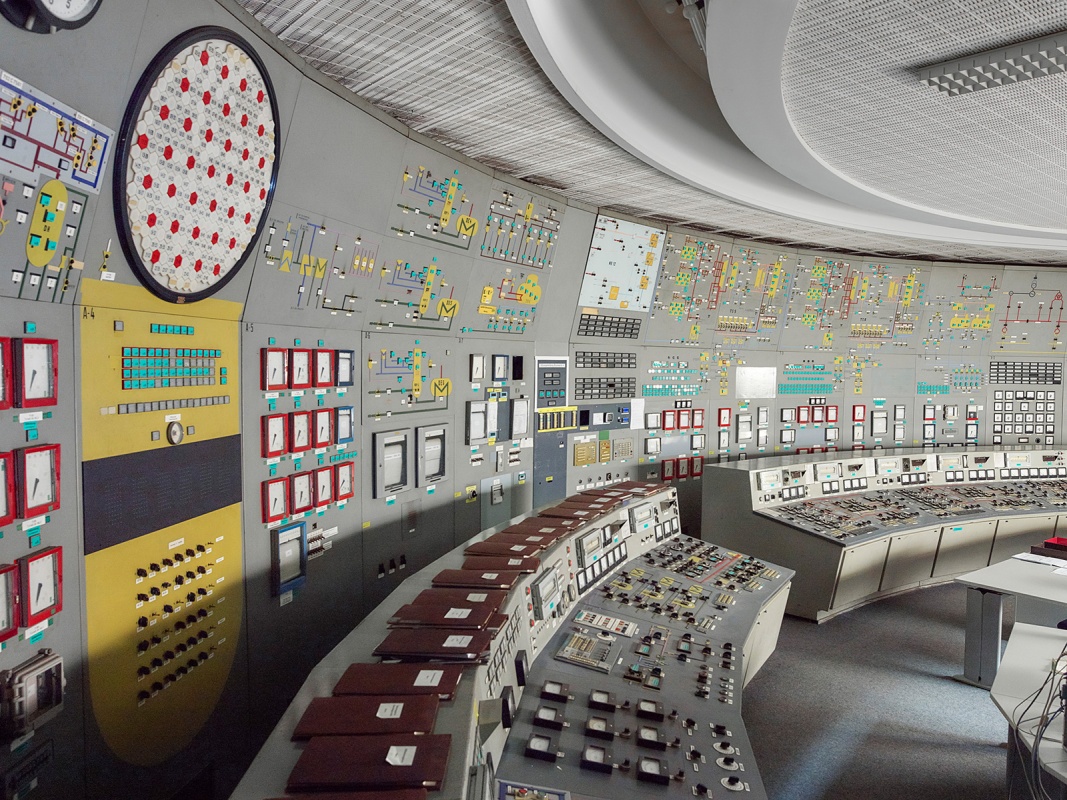 01
The Greifswald Nuclear Power Plant, also known as the Lubmin nuclear station, was the largest such plant in East Germany, before it was closed down, shortly after German reunification; March 9, 2015. 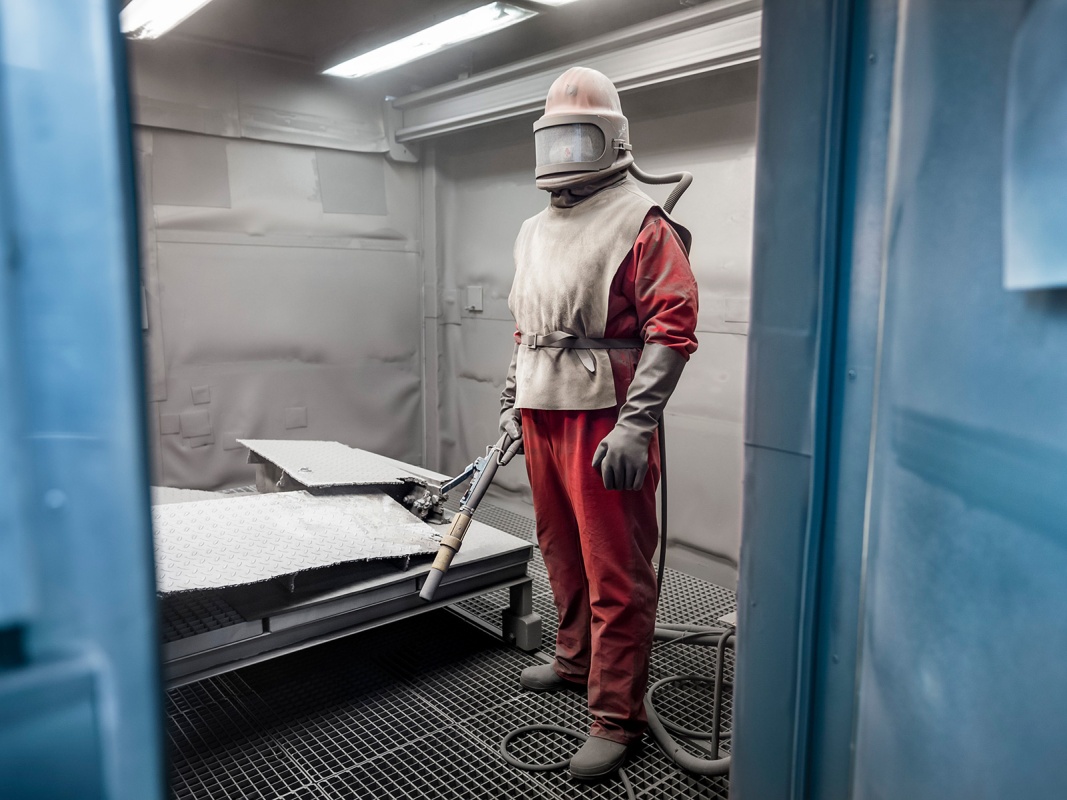 02
Since 1995, workers from this Soviet-era nuclear power plant, near Greifswald in East Germany, have been dismantling and cleaning radioactive surfaces, using steel grit so that the metal can be reused; March 10, 2015. 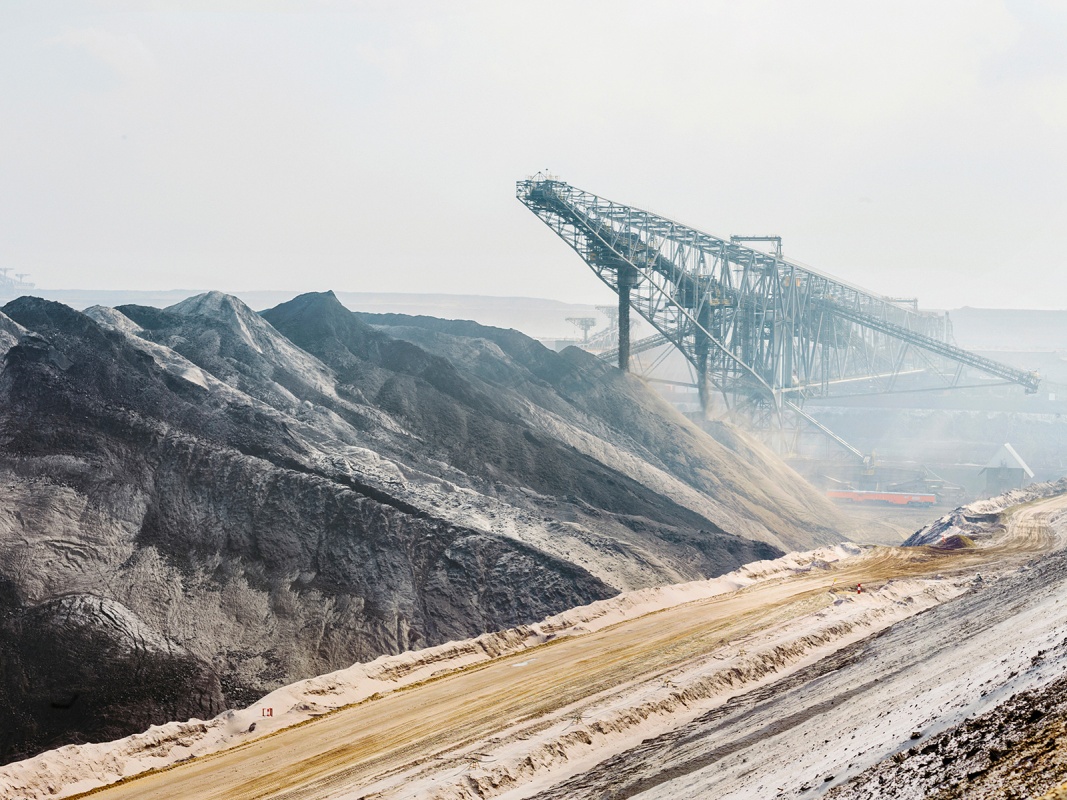 03
At the Vattenfall Welzow-Süd mine, some of the world’s largest machines claw 22 million tons of lignite a year from a 45-foot-thick seam; March 16, 2015. 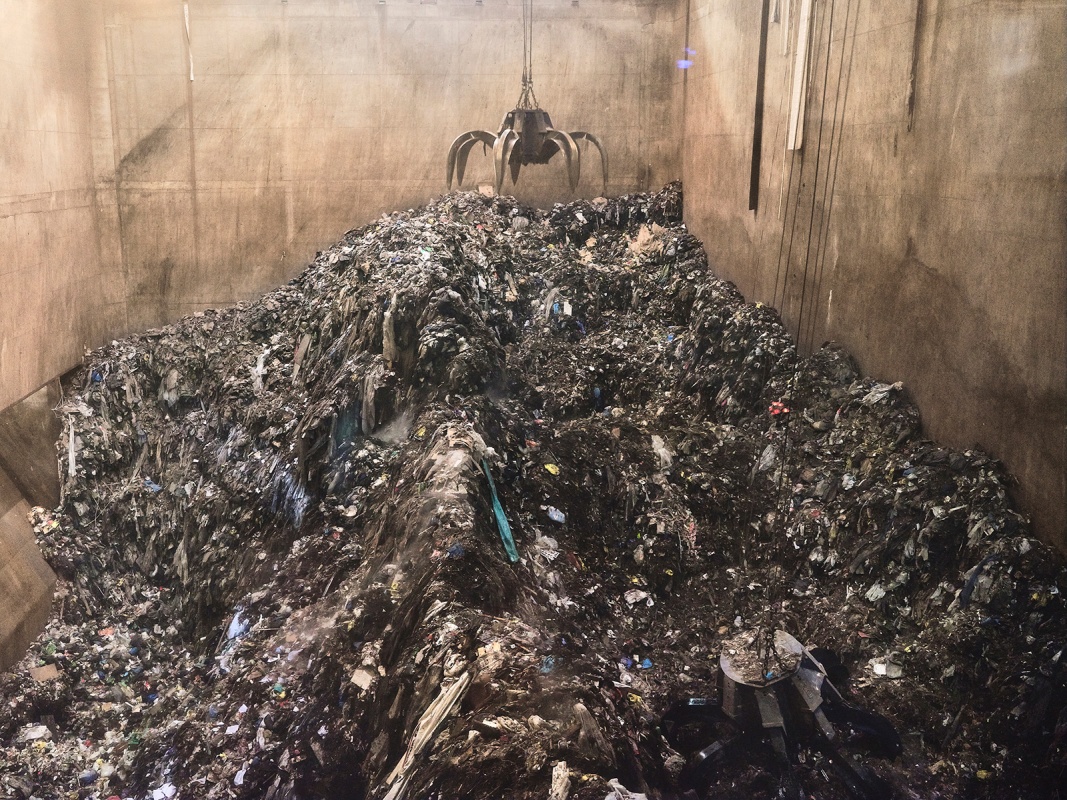 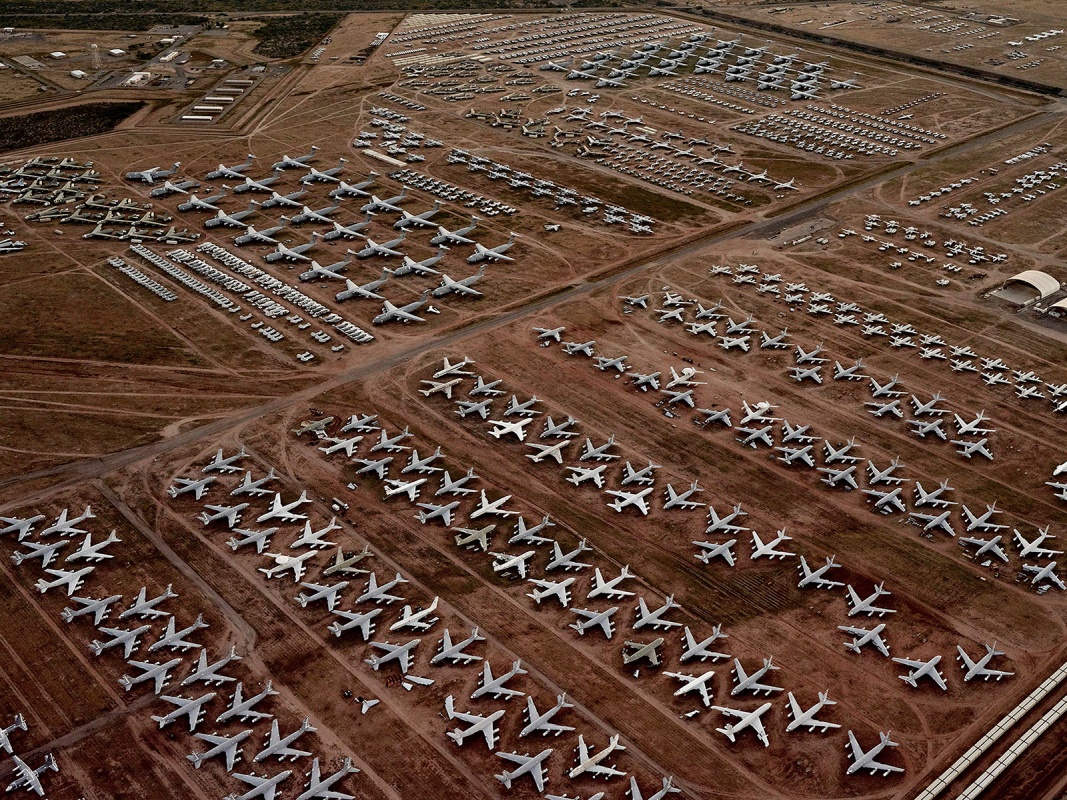 05
An aerial view of the 309th Aerospace Maintenance and Regeneration Group in Tucson, Arizona, USA. This is the largest aircraft storage facility in the world; October 29, 2019. 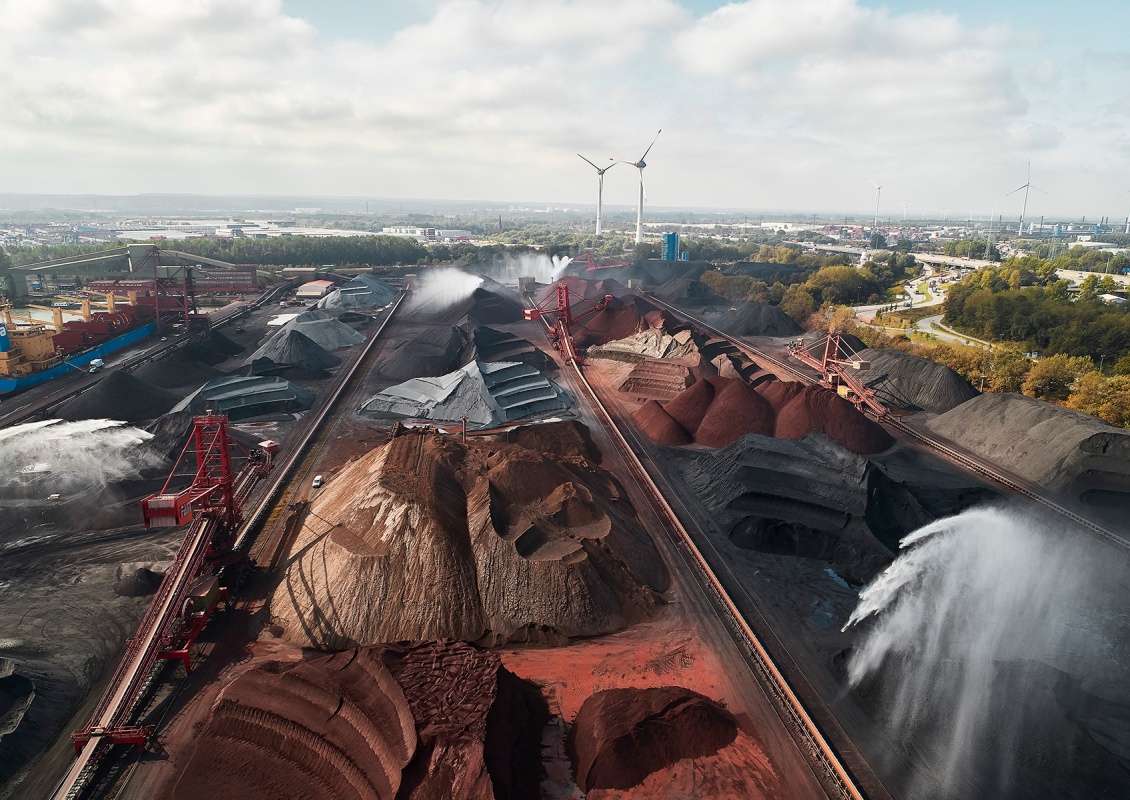 06
This coal and mineral ore storage facility in the port of Hamburg is surrounded by wind turbines, extending into the distance. These minerals were shipped across thousands of miles of ocean to arrive here to feed coal plants and heavy industries, throughout Germany; September 4, 2018. 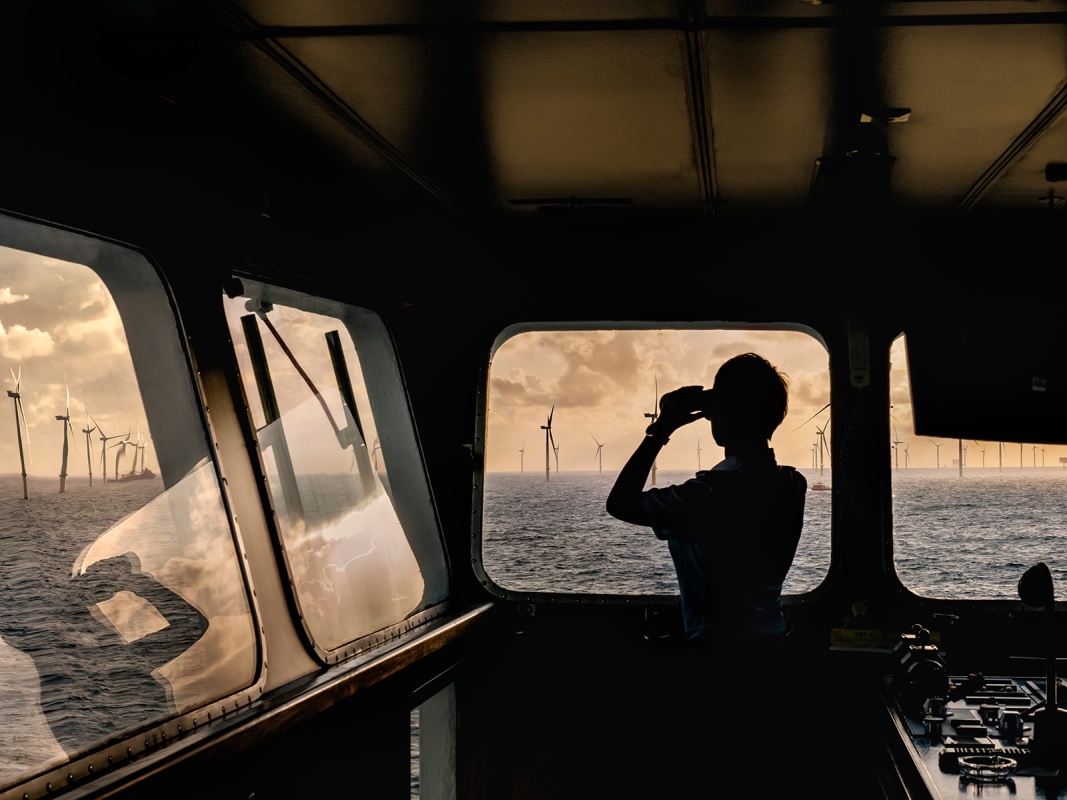 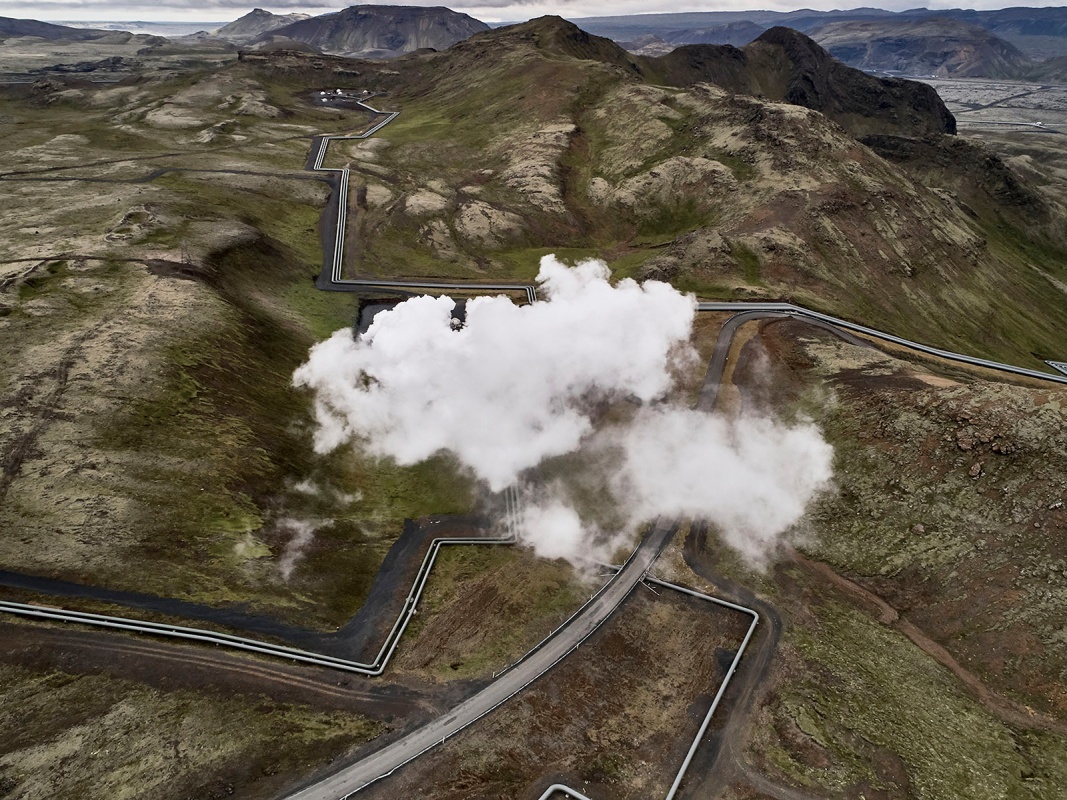 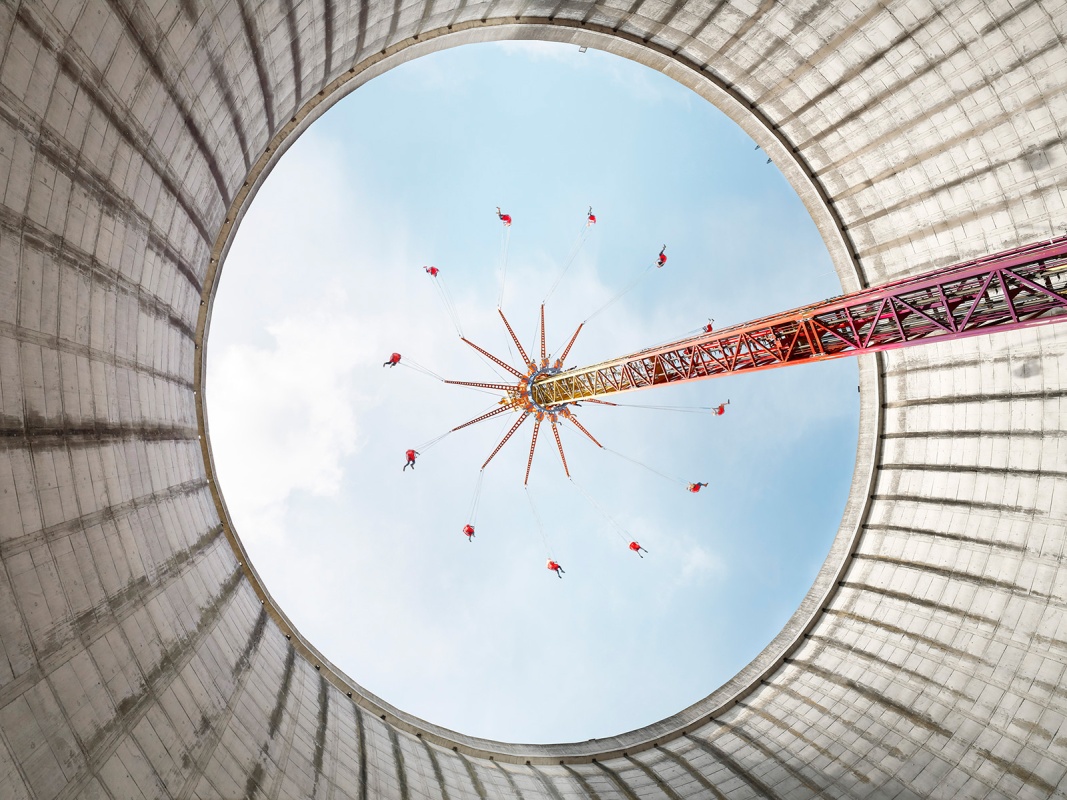 09
A nuclear reactor at Kalkar in Germany was finished – but never used – just before the 1986 explosion at Chernobyl, Ukraine. It’s now an amusement park, with a ride in what would have been the cooling tower; May 24, 2015. 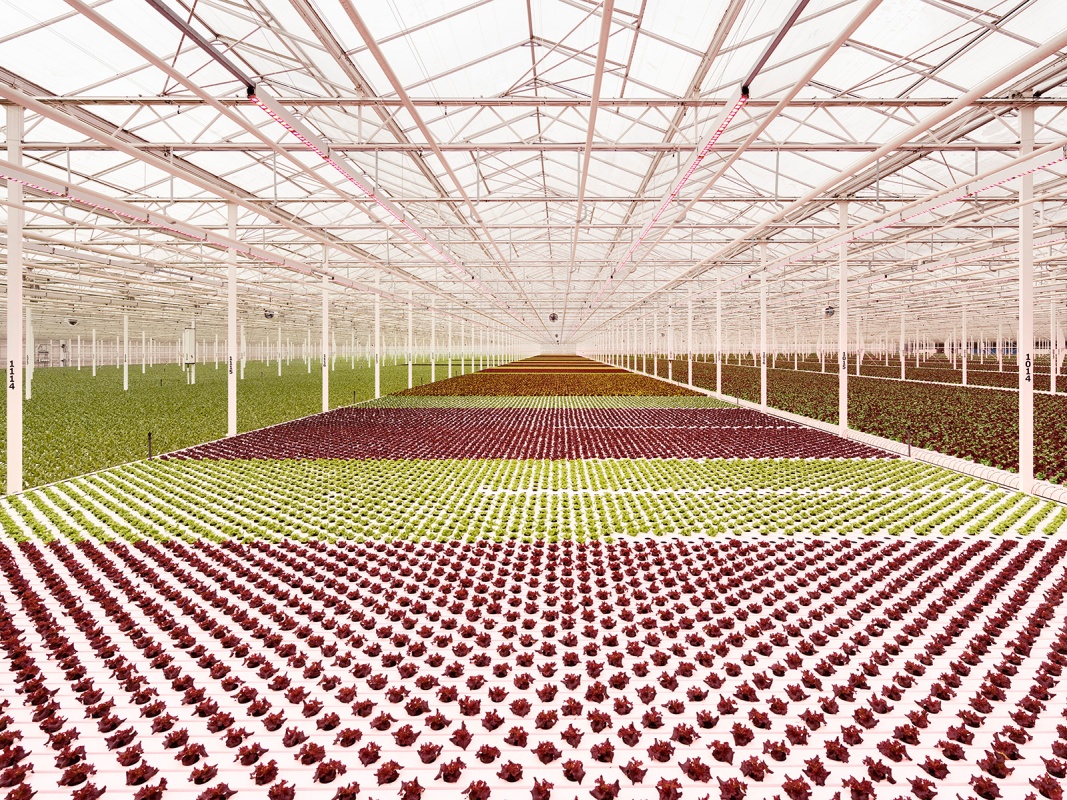 10
The great indoors provides optimal growing conditions for lettuce and other leafy greens at Siberia B.V. in Maasbree, the Netherlands; March 1, 2017. 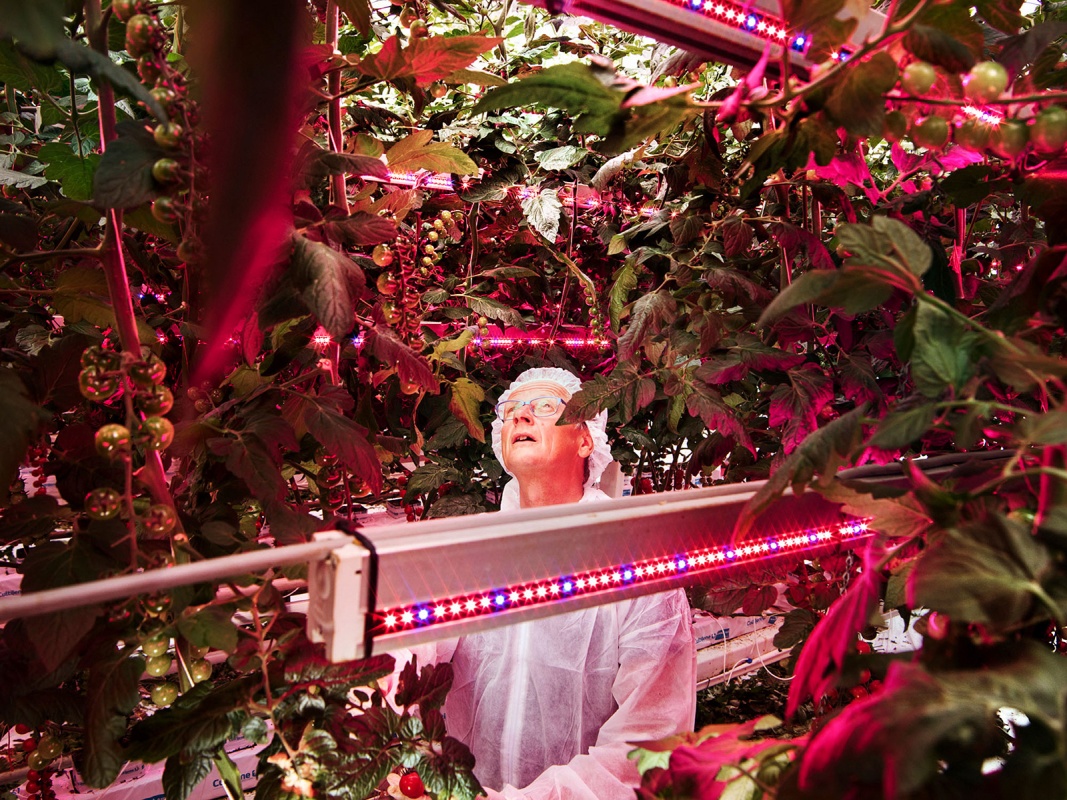 11
A jungle of tomato plants, illuminated by LED lighting. Taken close to Delphy, a research and development centre in the Netherlands; October 17, 2016. 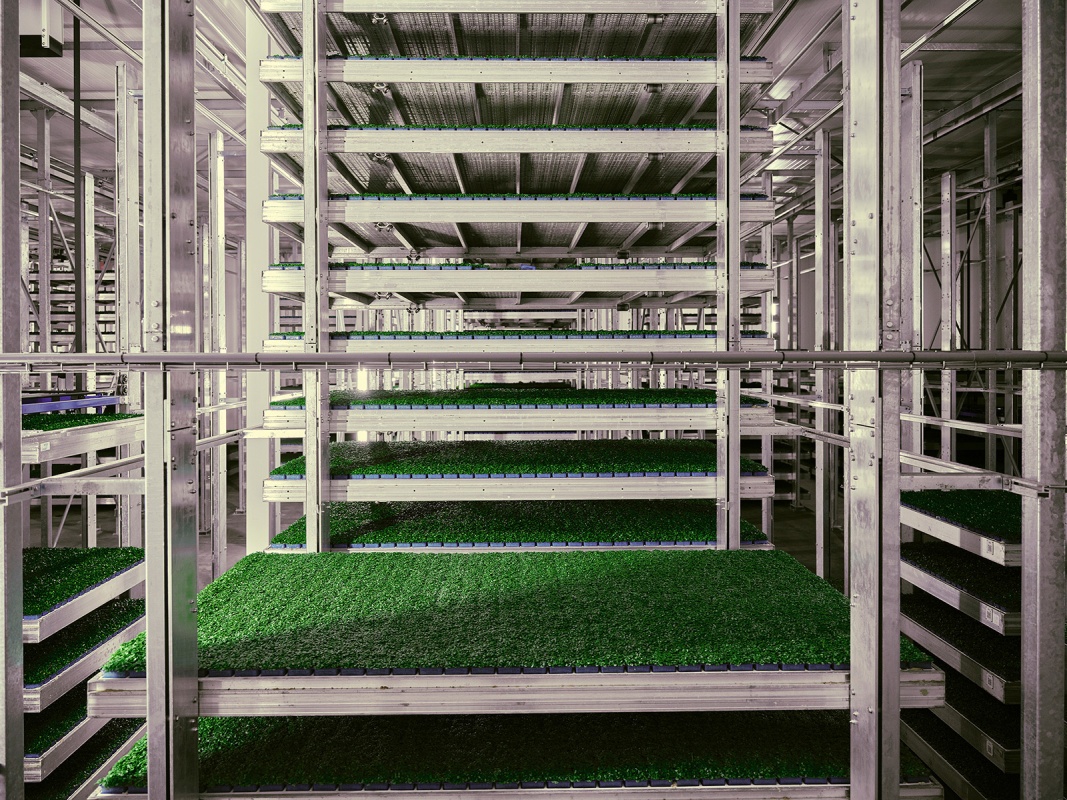 12
Automated platforms at Koppert Cress in Monster, the Netherlands, move seedlings along the production line; October 1, 2019. 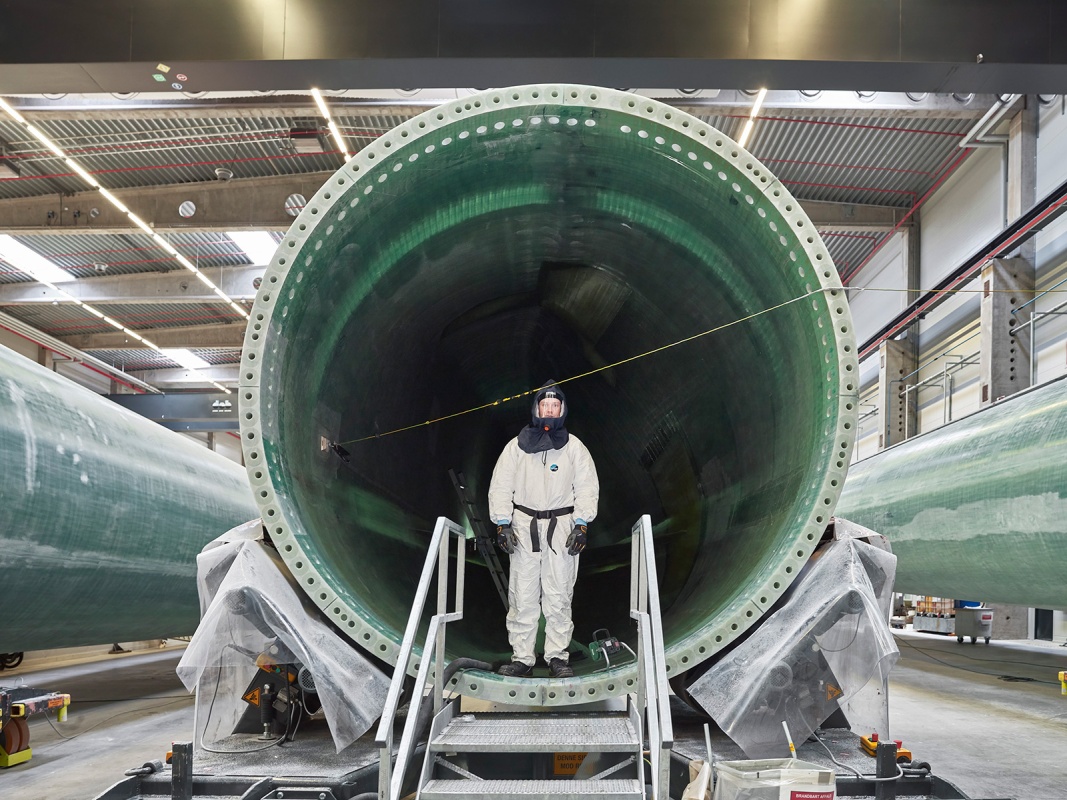 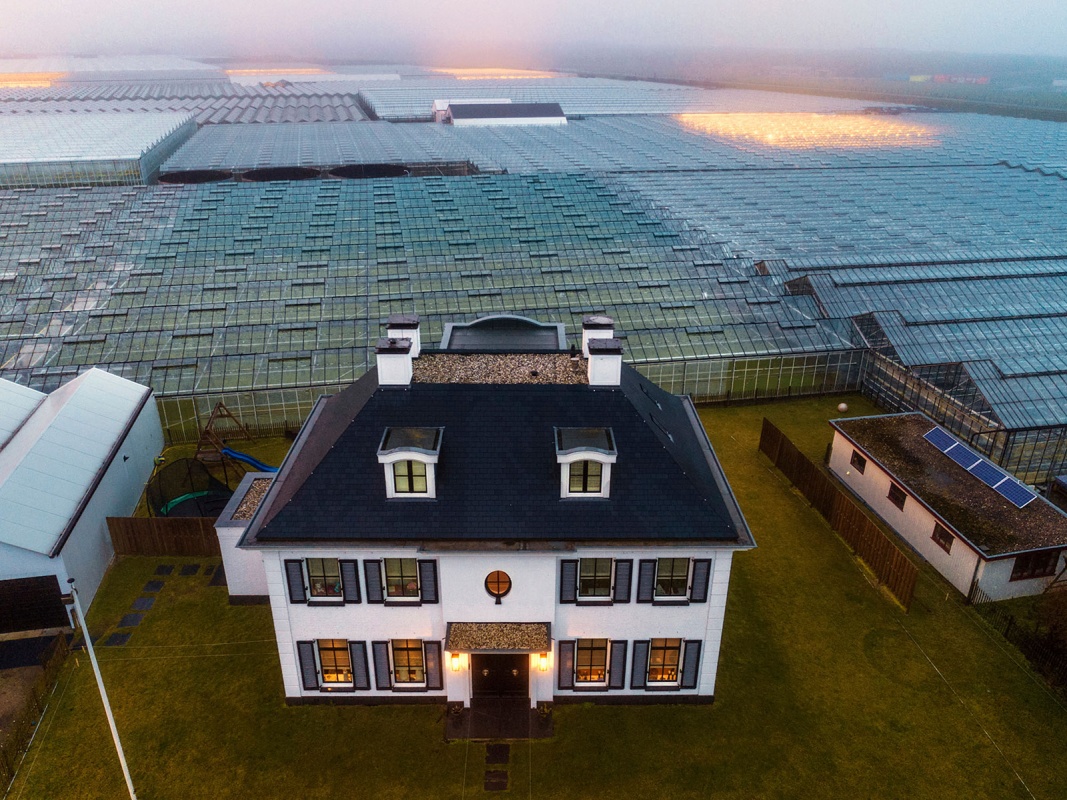 14
A country house in Westland, the Netherlands, surrounded by greenhouses; March 9, 2017. 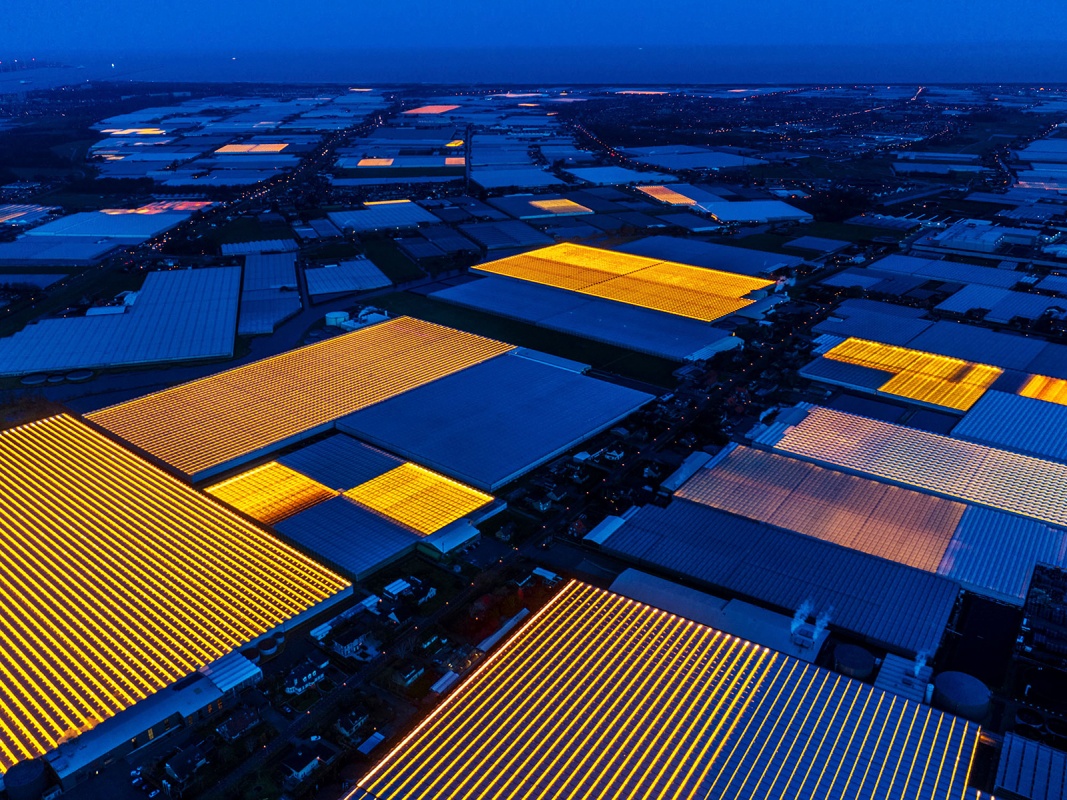 15
Furrows of artificial light lend an otherworldly aura to the greenhouses. Climate-controlled farms such as these in Westland, the Netherlands, grow crops around the clock and in every kind of weather; March 3, 2017. 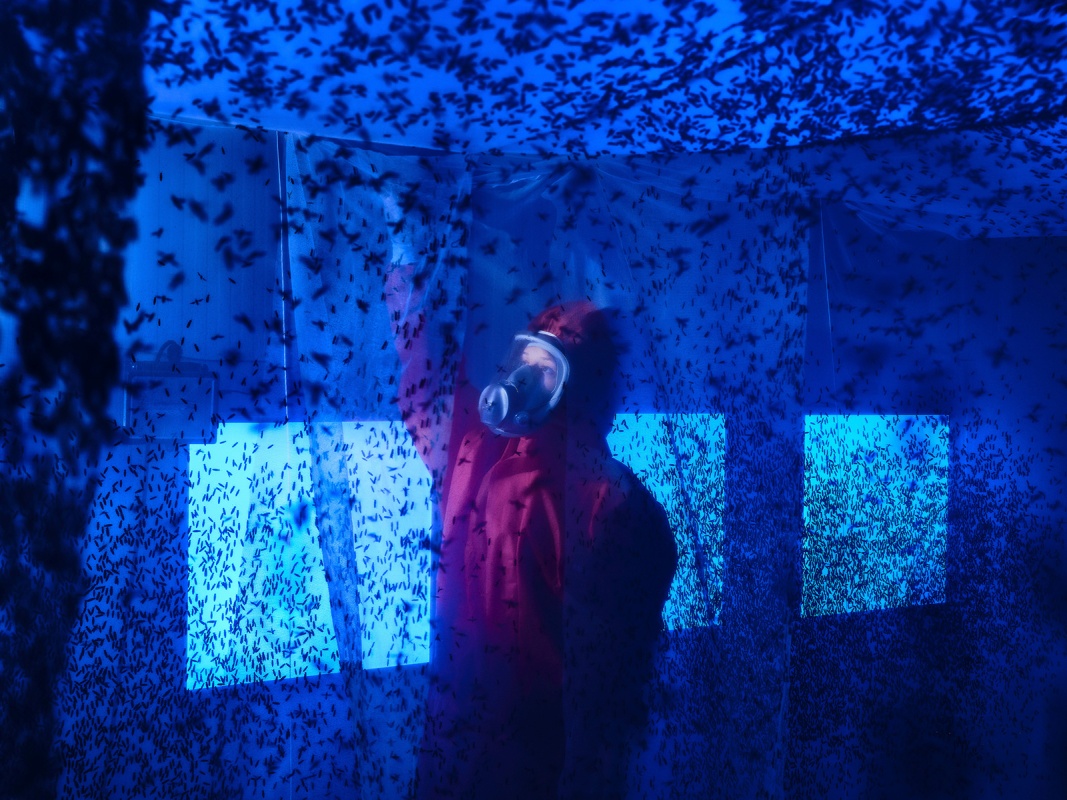 16
A staff member at an experimental net chamber room for insect farming at Entocycle, a start-up company in London, UK; October 10, 2019. 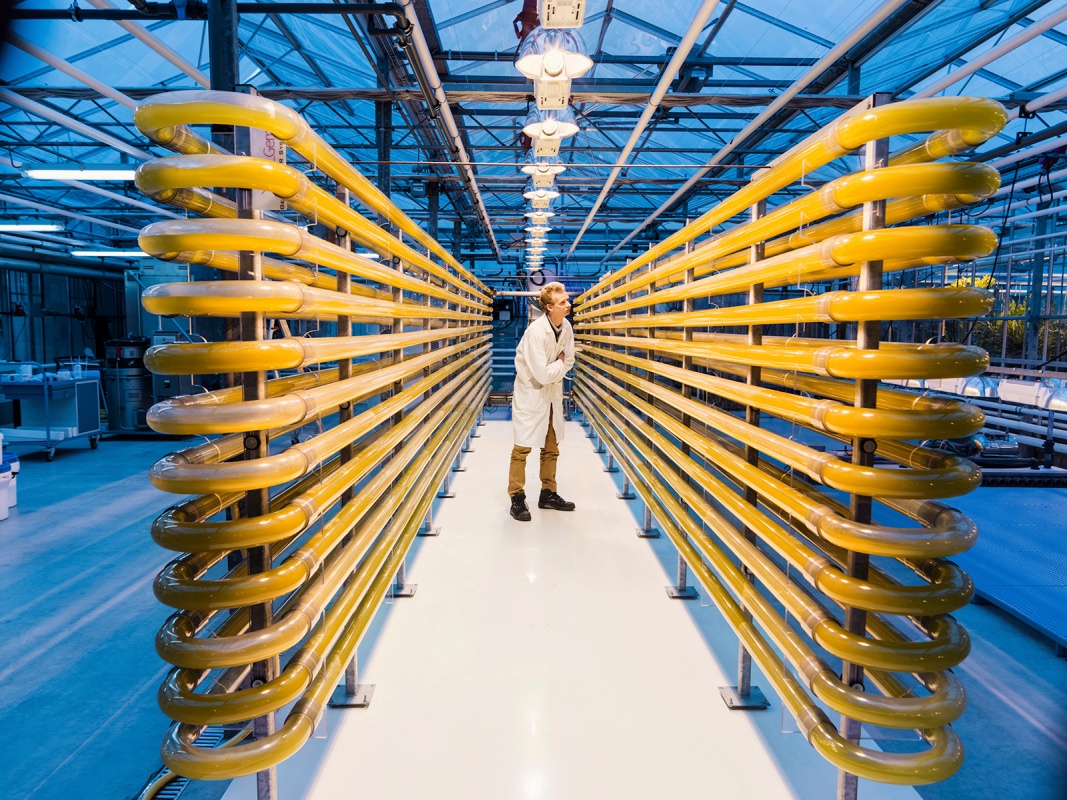 17
Checking the harvesting quality of the algae bioreactor at the AlgaePARC at Wageningen University, the Netherlands; February 20, 2017. 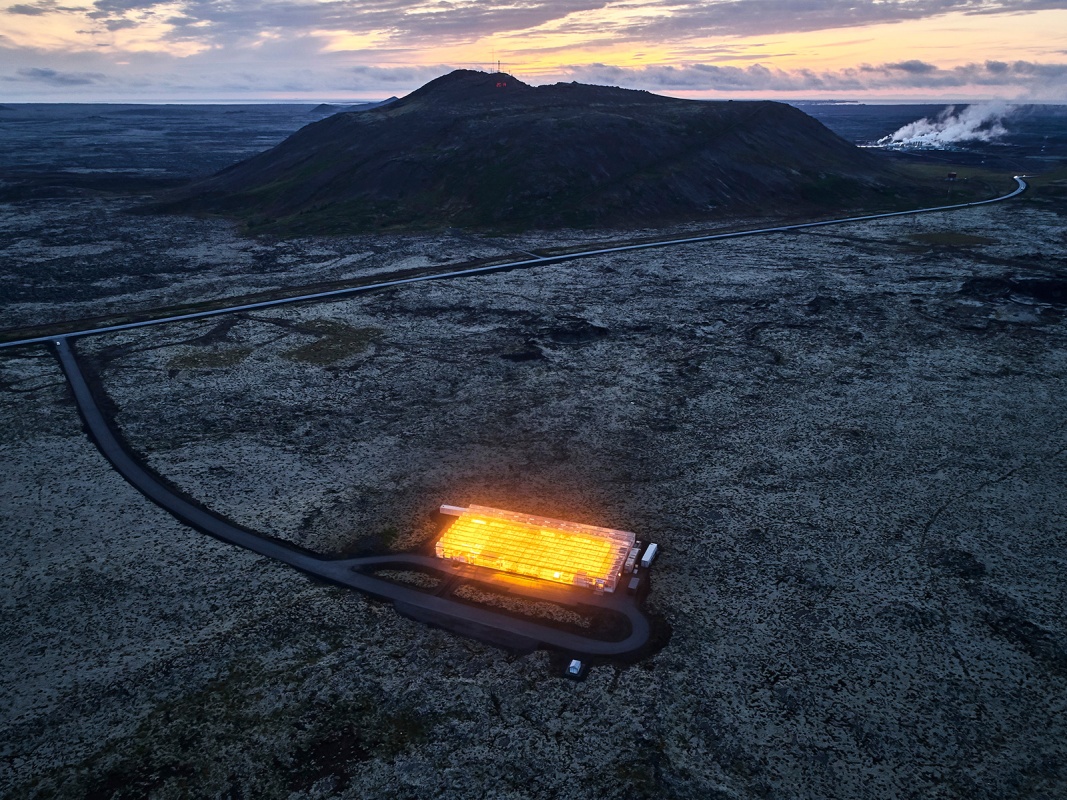