Kiana Hayeri, Promises Written on the Ice, Left in the Sun

After the withdrawal of Western troops from Afghanistan in the summer of 2021, it became clear within days, that the Taliban would work to destroy everything that had been achieved concerning freedom of expression, women’s rights and education, replacing them with renewed fear and insecurity. Born in Iran in 1988, the photographer grew up in Canada, and has been living in Afghanistan for more than eight years: time and again her work focuses in particular on the difficult living situations for women. 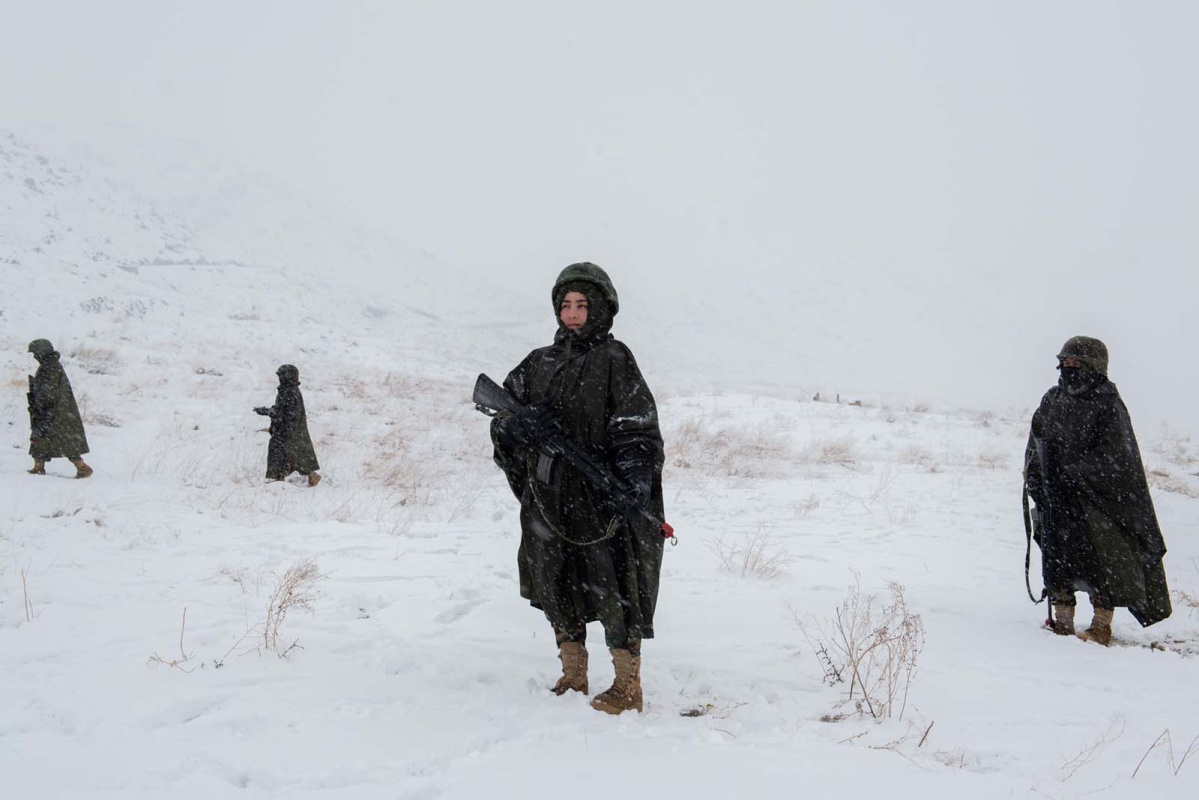 01
Afghan girls patrol, during an ambush scenario, at Marshal Fahim Qasim Military Academy, north-west of Kabul. February 20, 2019. Since the Taliban took over Afghanistan, most women officers and soldiers were removed from service. Many have now gone underground 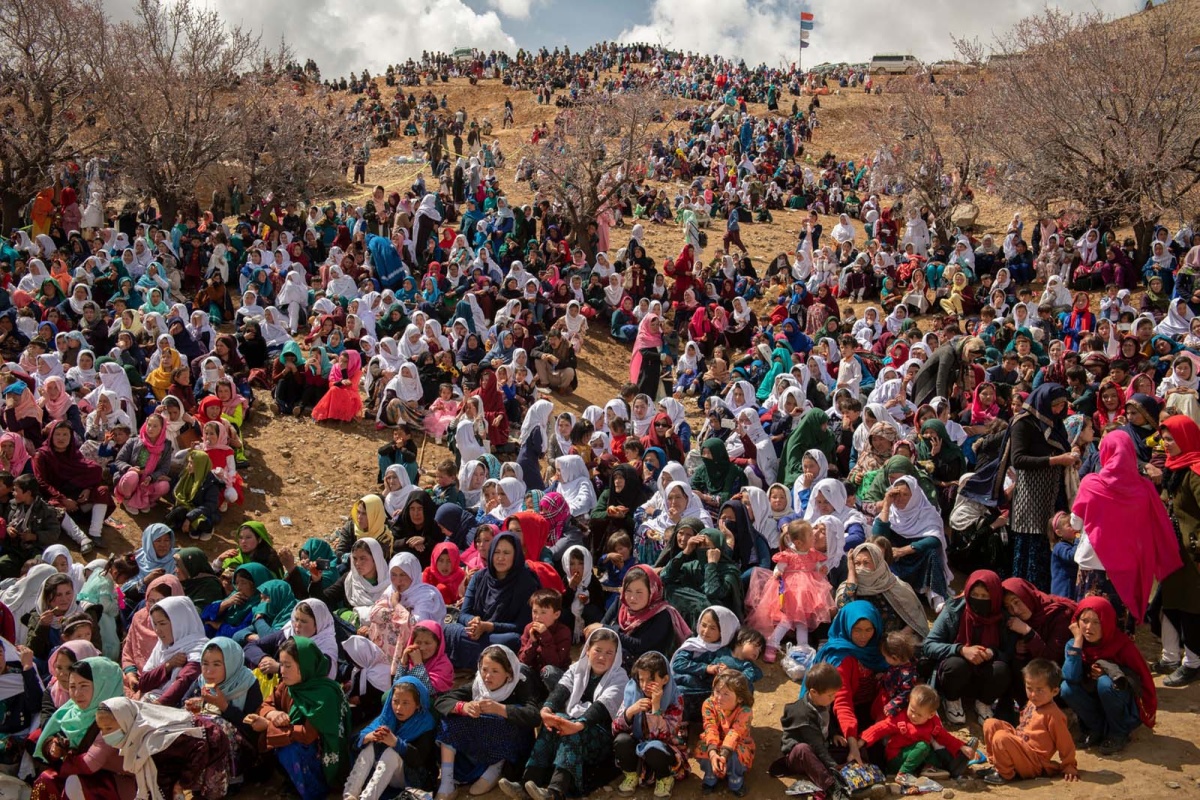 02
Hundreds of women, in their best dresses and wearing makeup, attend the Nowruz celebration in the village of Nalij, in the Miramor district in Daikundi, March 21, 2021. After the Taliban takeover, Nowruz celebrations were cancelled all over the country 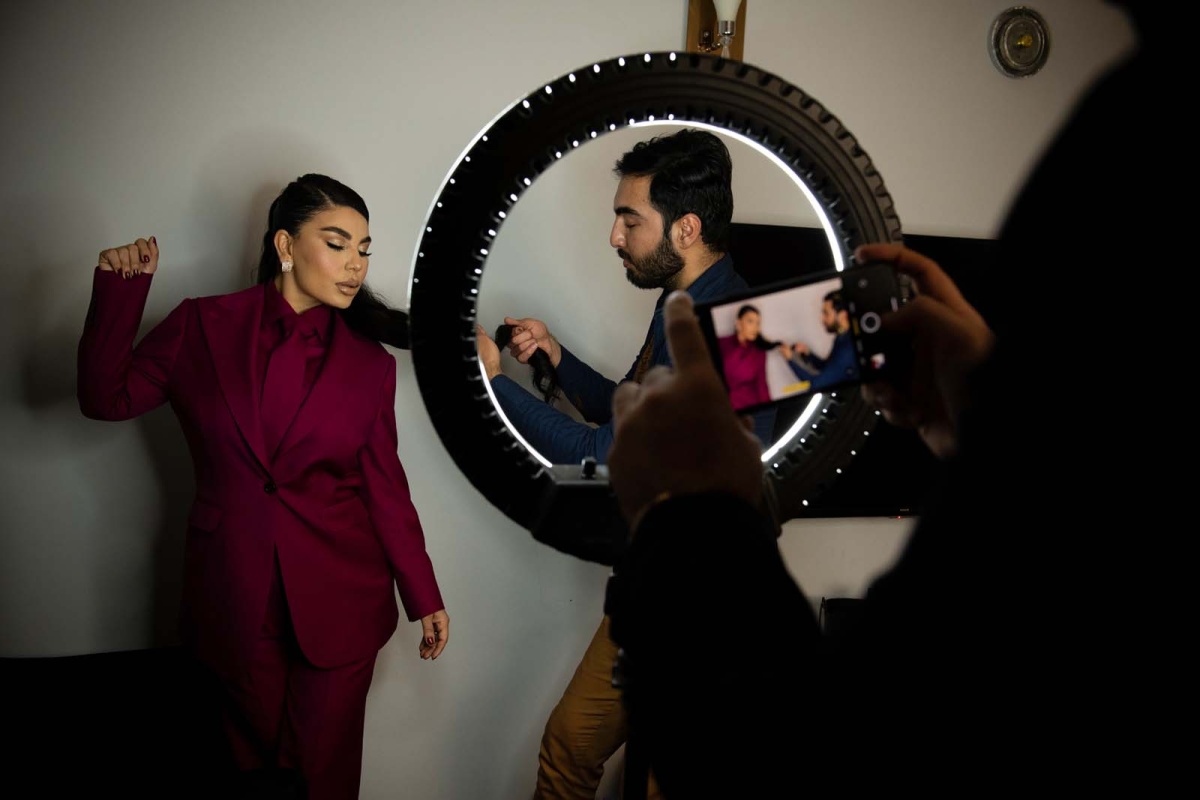 03
Shortly before the recording of the show Afghan Star, Hasib Sayed – Aryana Sayeed’s husband and manager – did a little photo shoot for social media, after her hair and makeup were done in their safe house. Kabul, February 18, 2021 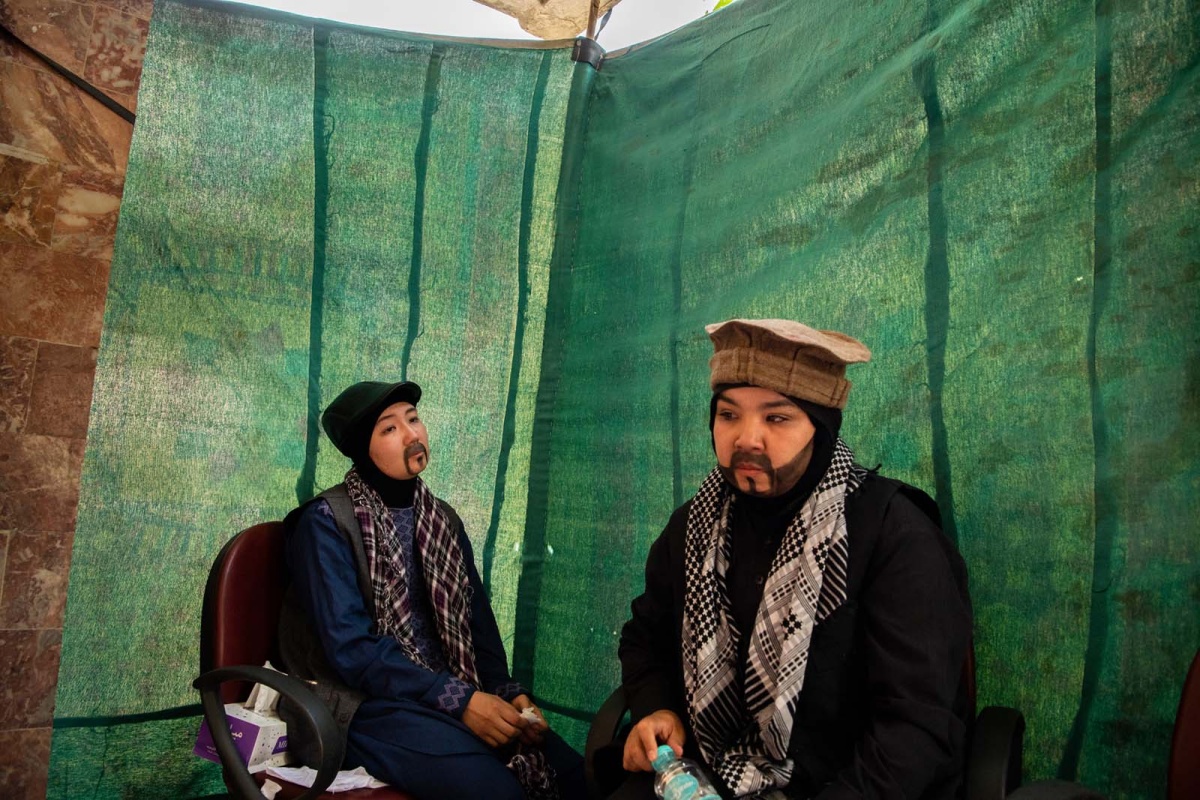 04
The cast of a street theatre group break into tears after the last act, where Tayebba would have played a dead person. Kabul, June 30, 2021. In real life, she and other colleagues from Afghan Film had been killed in an explosion in June 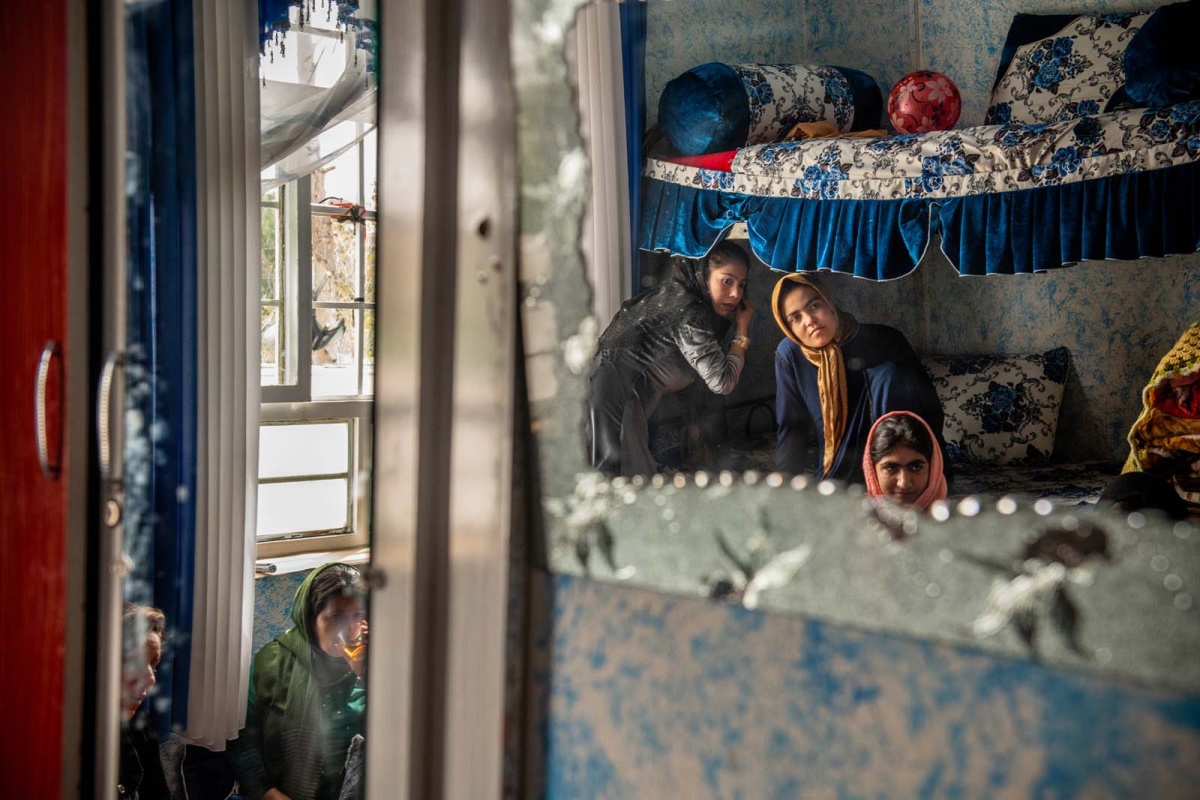 05
Nafas (20), who killed her husband, socialises with their cellmates and other incarcerated women. Herat, April 1, 2019. At the age of twelve, she had been made the second wife of an addicted and abusive man 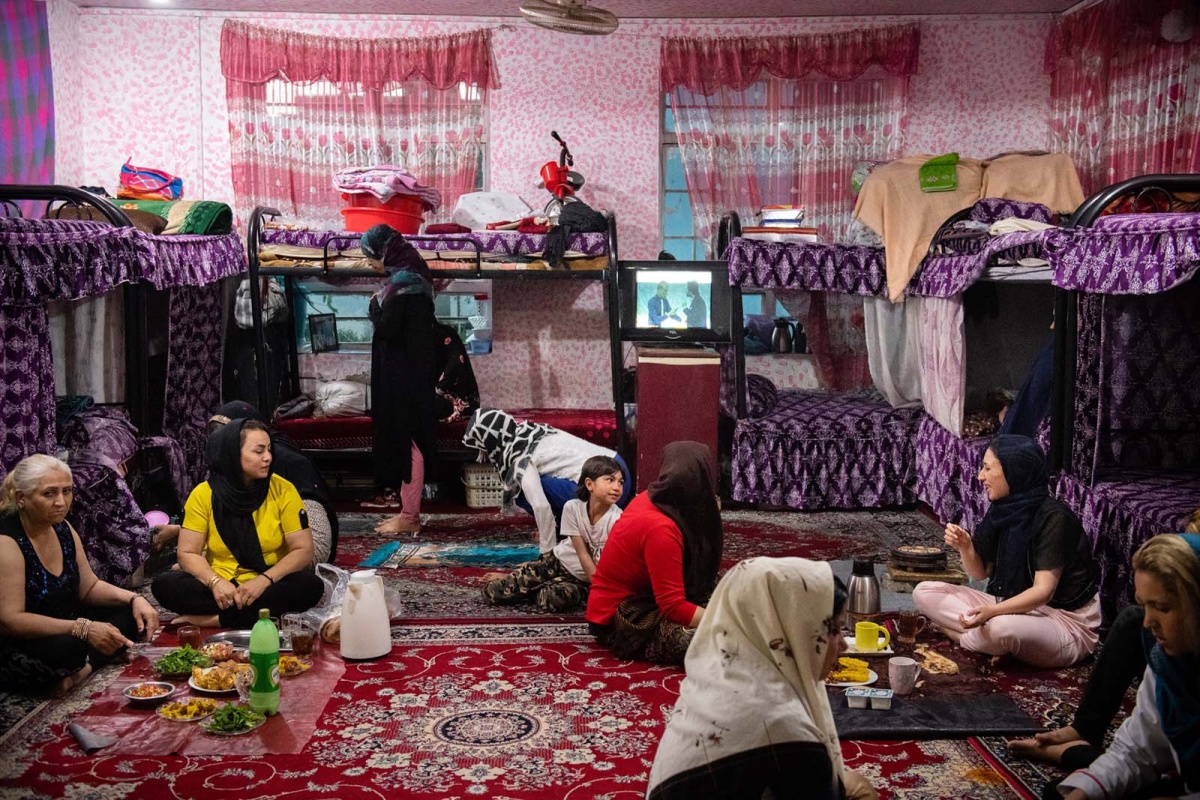 06
Female inmates breakfast together in their rooms, during the month of Ramadan, with the food provided by the prison. Herat, May 26, 2019. After the fall of Afghanistan, the prison was taken over by the Taliban. Prisoners who have made it out, recently, have told human rights organisations about torturing. The safe haven has been transformed into a hell 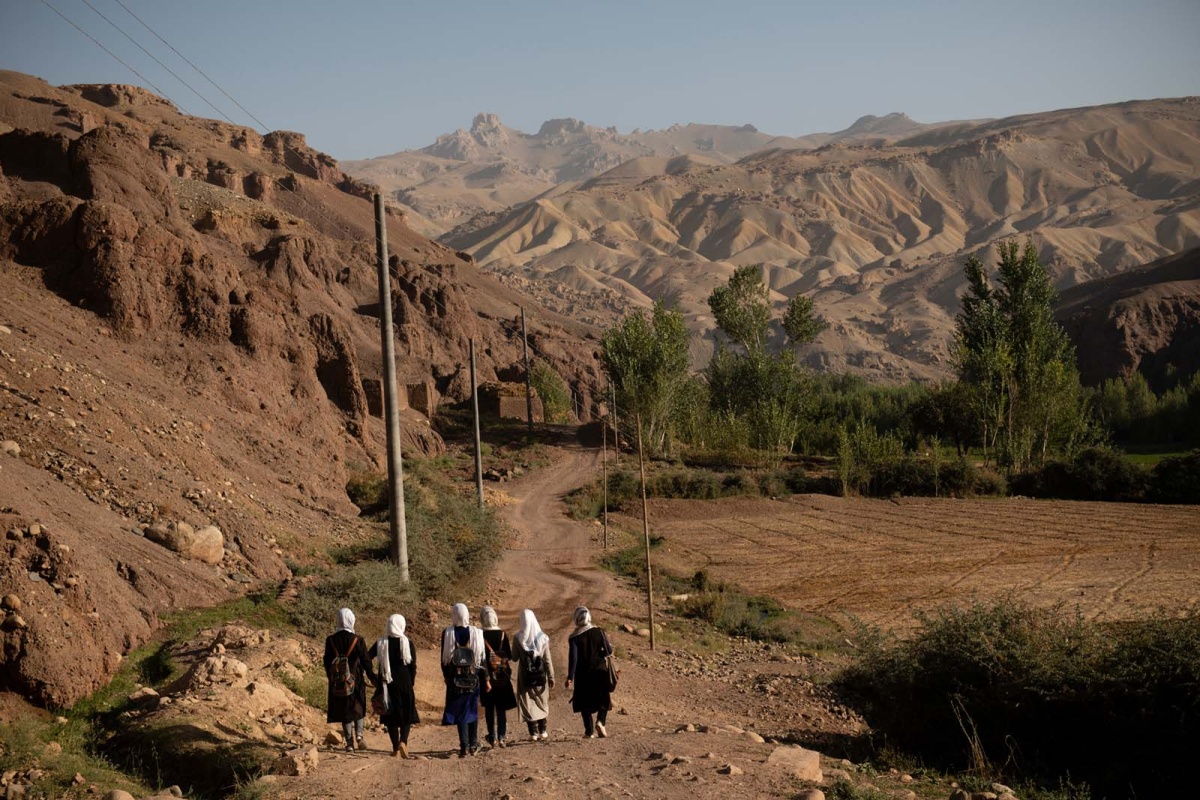 07
A group of high school students walk a two-hour journey, everyday, through Fouladi Valley, to go to the closest school to their village. Bamian, September 3, 2019. The Taliban have now closed all secondary schools for girls, indefinitely 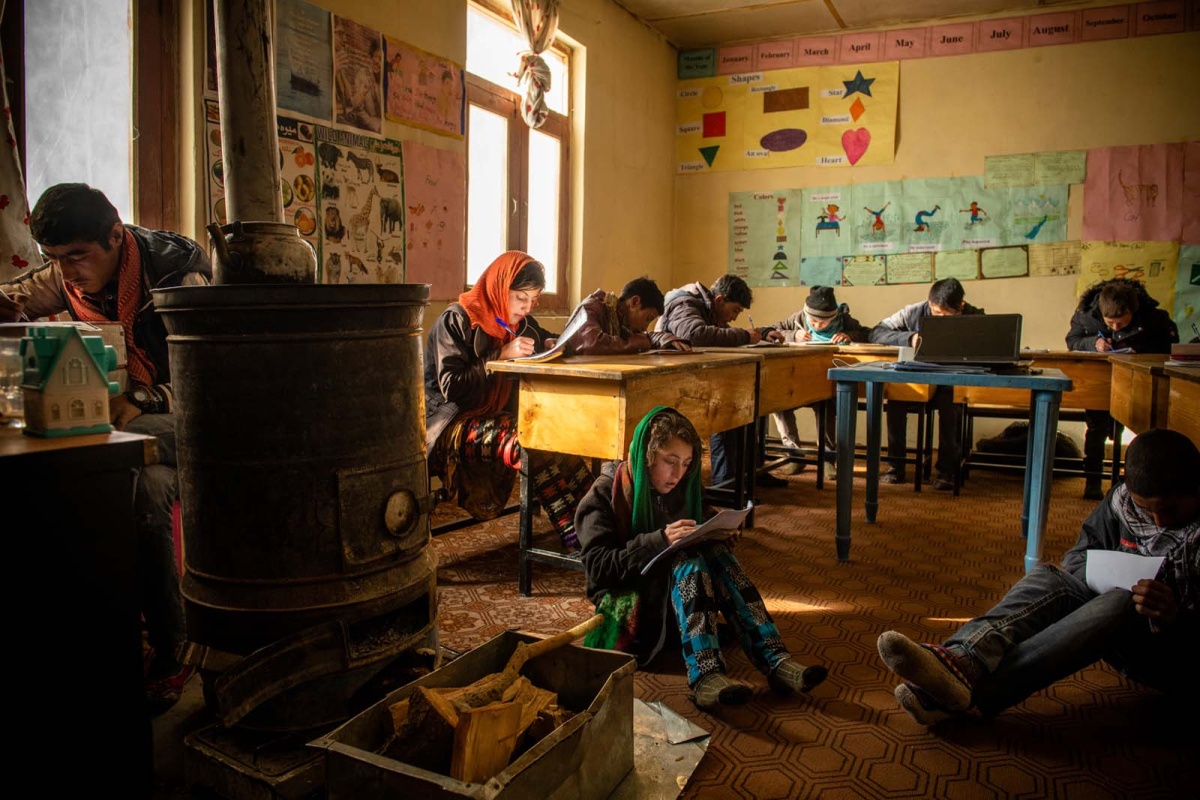 08
Girl students, some of whom have to walk for up to two hours through the snow to reach their school, take their final exam at Sarhad village, deep inside the Wakhan Corridor in the north-west of Afghanistan. December 1, 2020 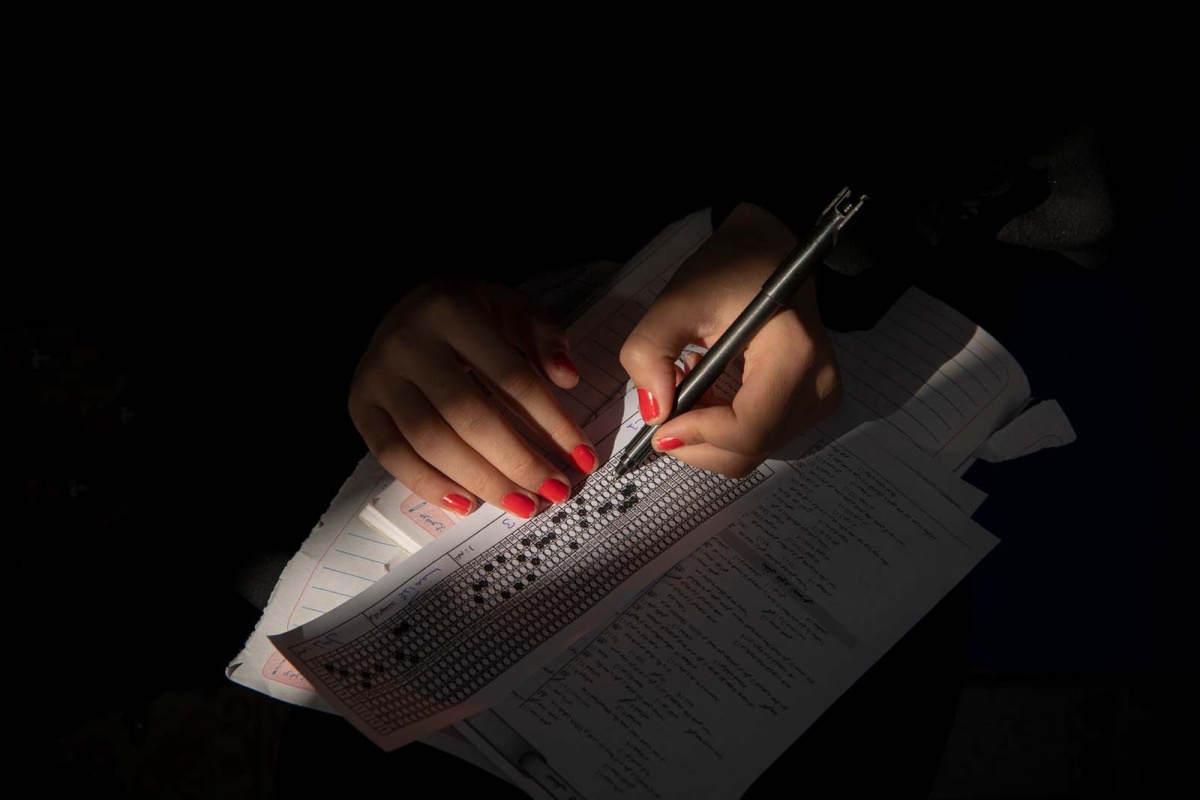 09
A group of girls take their weekly test at the Daqiq Institute, on a Friday morning, in preparation for university entrance exam. Balkh, October 8, 2021. The Taliban have now closed all secondary schools for girls, indefinitely 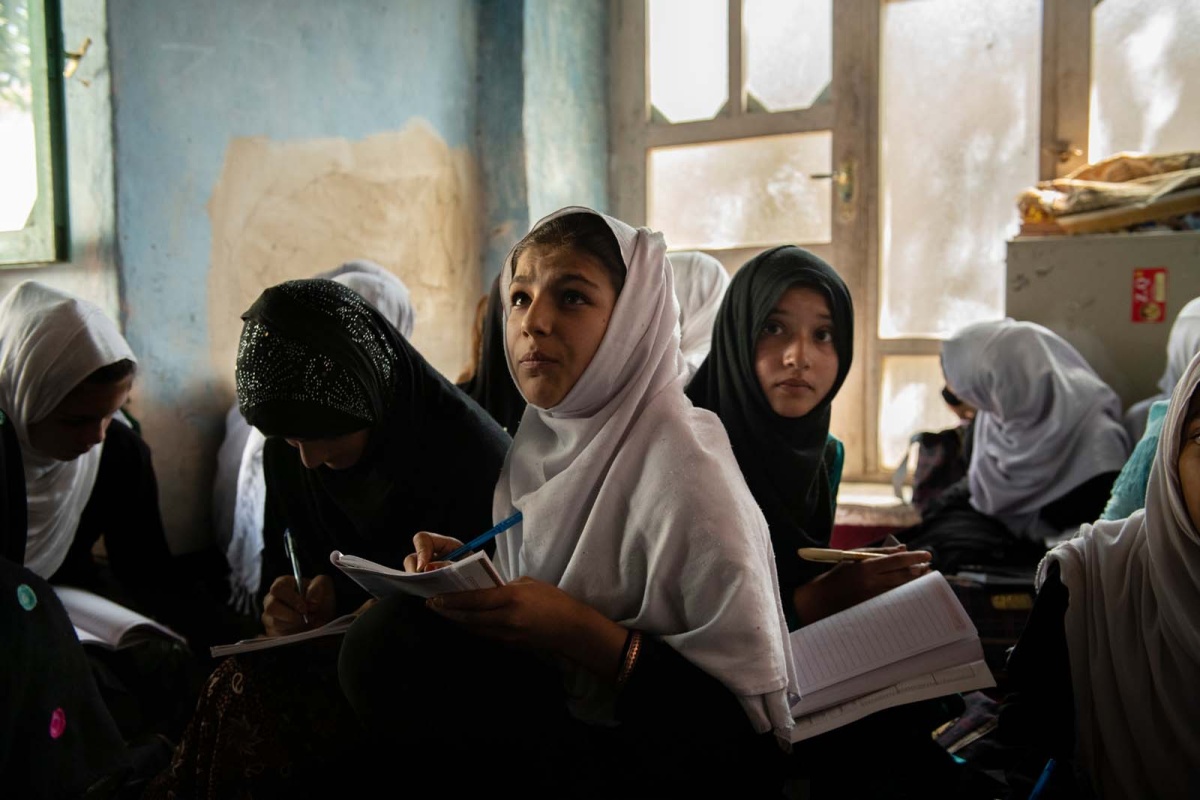 10
In a local school that was set up by a teacher in the village of Hussain Khel, 25 high school girls cram together, everyday, to make the most out of the few hours of schooling. September 12, 2019 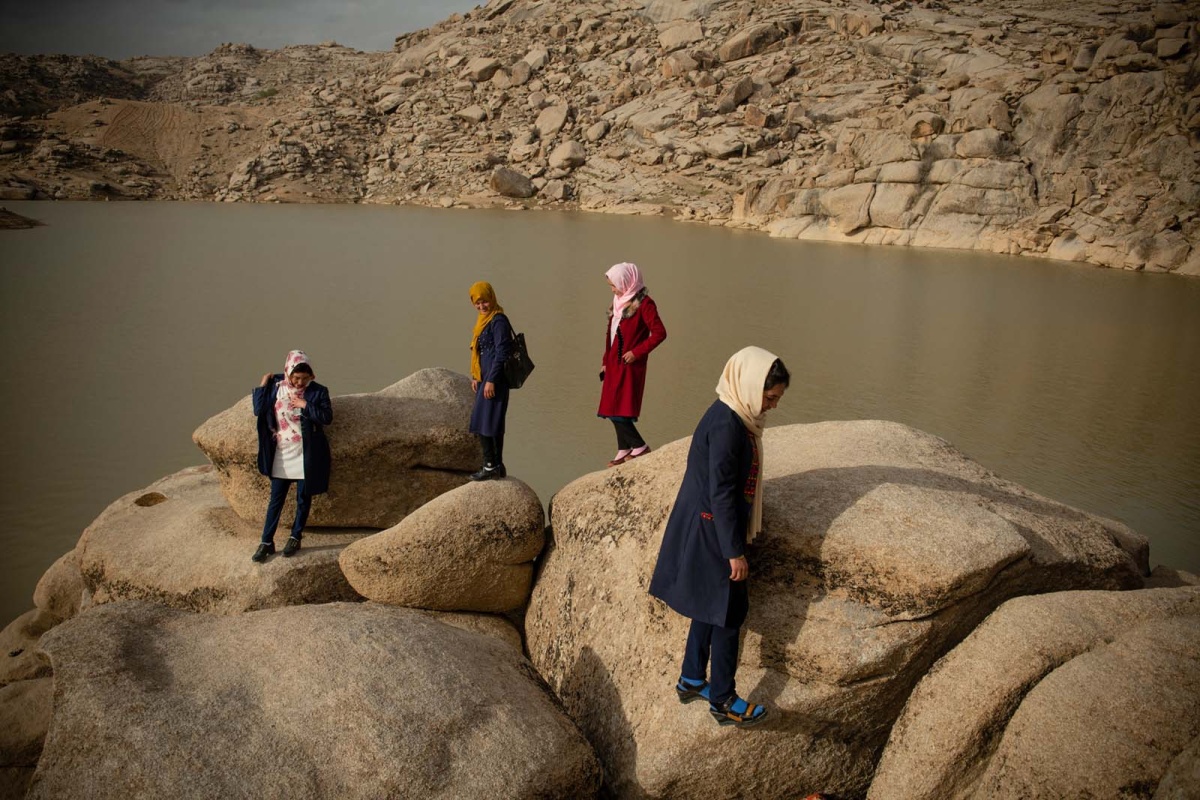 11
On a Friday afternoon, Nazanin (21) and her friends, Salima (22), Madina (19), and Zulaikha (20) go out to Bandi Bargh (Electricity Dam) for a picnic. The girls have come to Nili from distant districts of Daikundi, to complete their secondary education. Daikundi, March 19, 2021 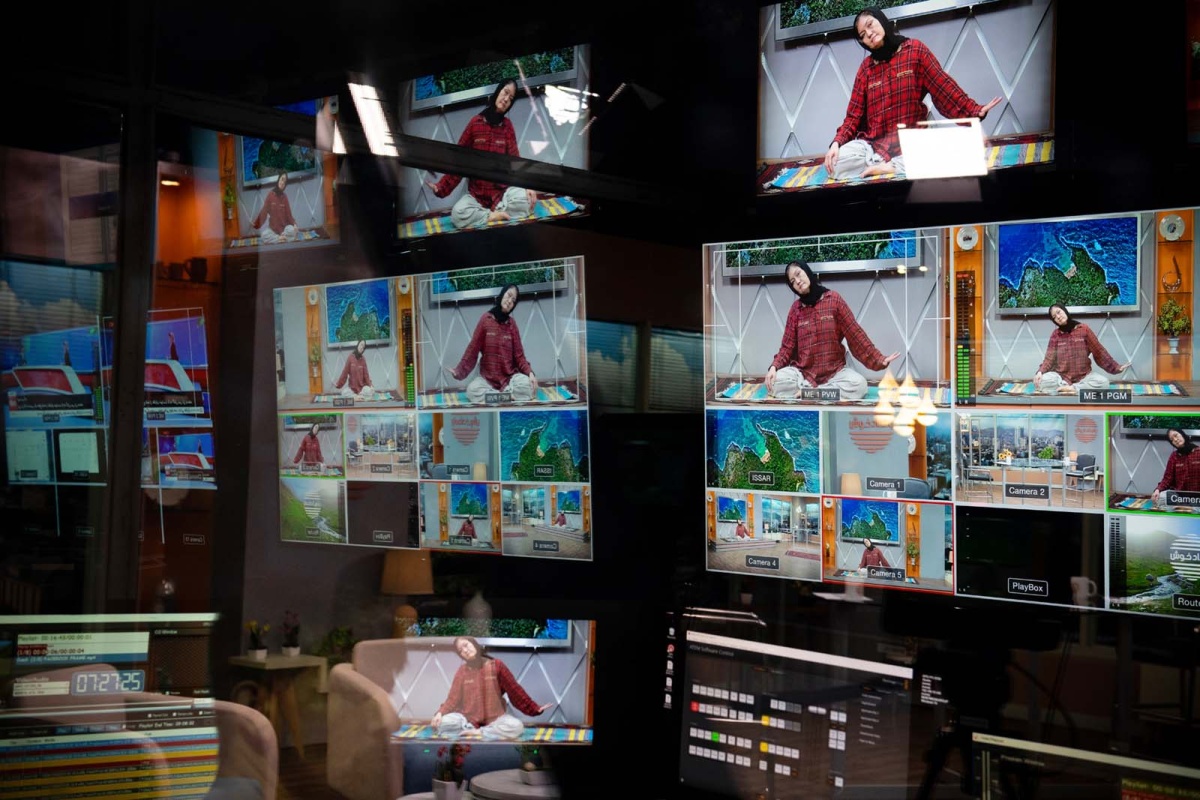 12
Since the lockdown started, Fakhria has been teaching yoga on live TV, once a week. Kabul, August 10, 2020. After Kabul was taken over by the Taliban, she first went underground; then fled to Pakistan with her family of six, where she now sits tight 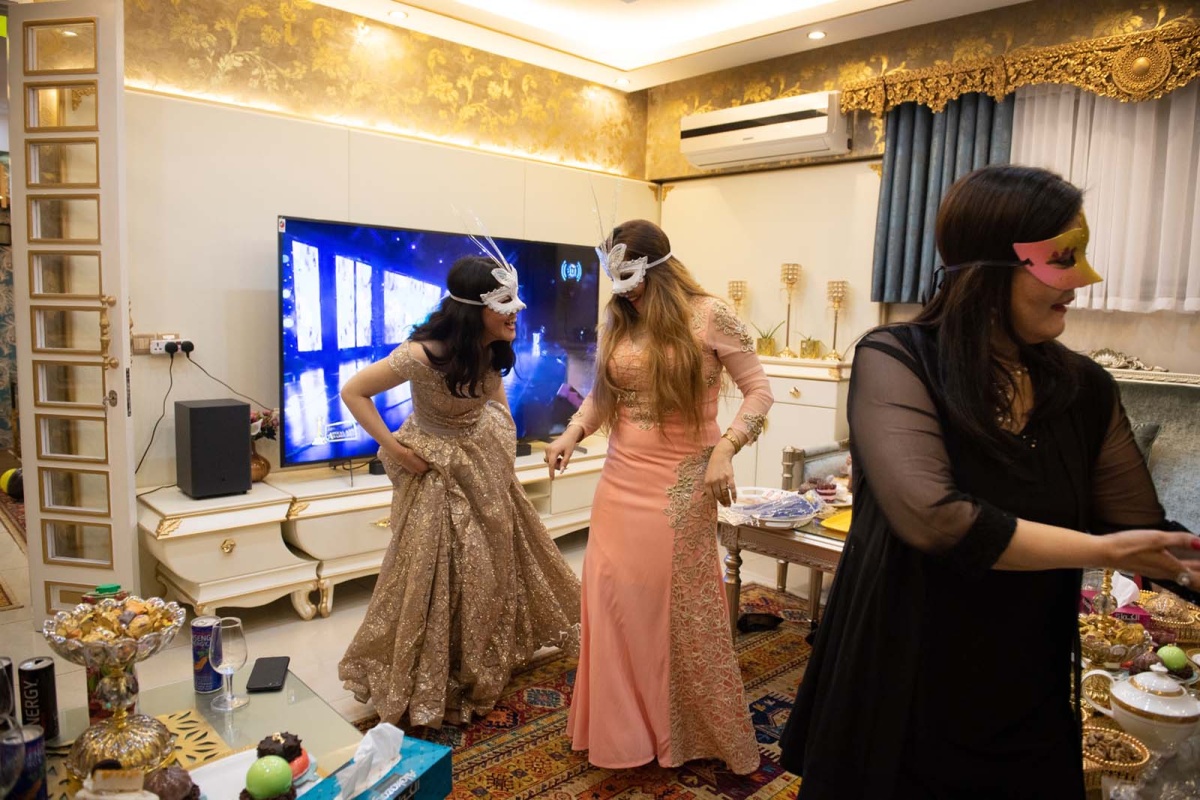 13
Fakhria, her daughter Foroohar, and her friend Masooma wear masks for fun, and dance at the wedding anniversary of a friend. Kabul, February 18, 2021. After the Taliban took over Afghanistan, Fakhria, who often criticises the Taliban and stands up for women, had to flee the country 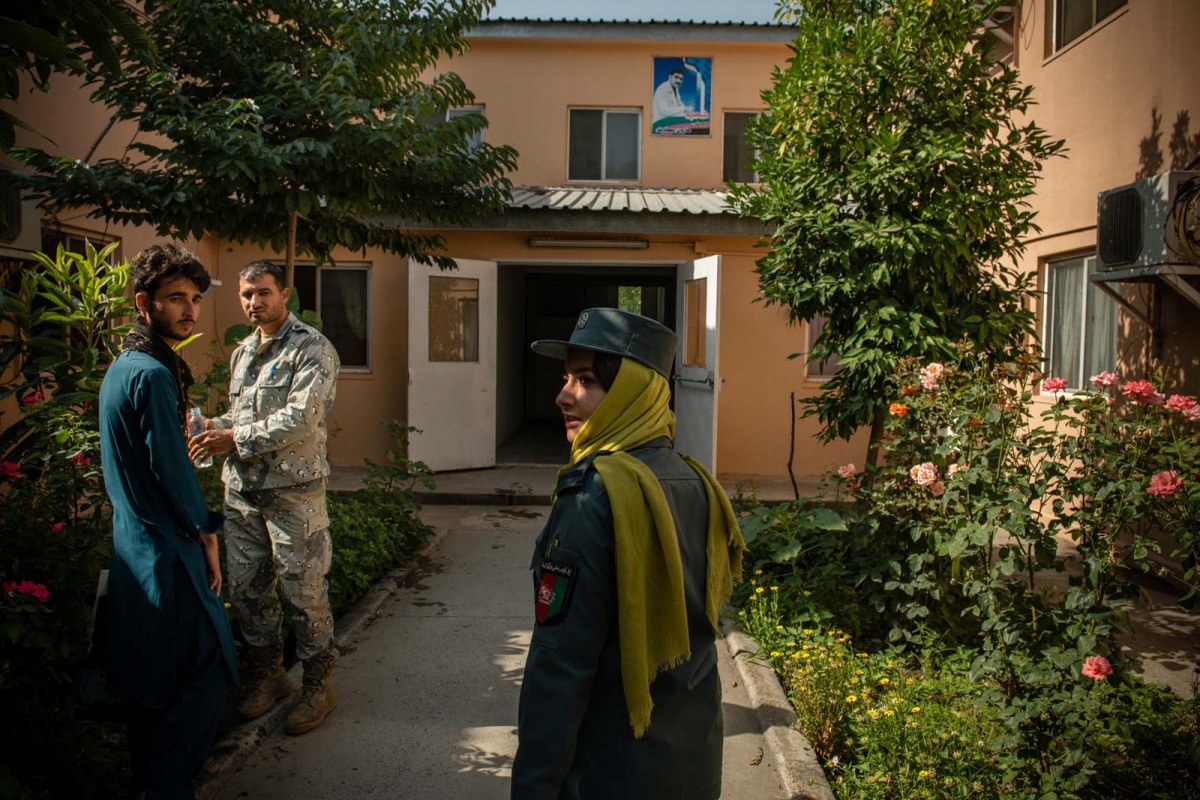 14
Second Lieutenant Zala Zazai enters the Police Headquarters building that hosts her office, in the Pashtun city of Khost, in the east of the country. June 22, 2020. Since the Taliban took over Afghanistan, most women officers and soldiers were fired. With the help of foreign journalists, Zala was able to leave the country, and now lives in Germany 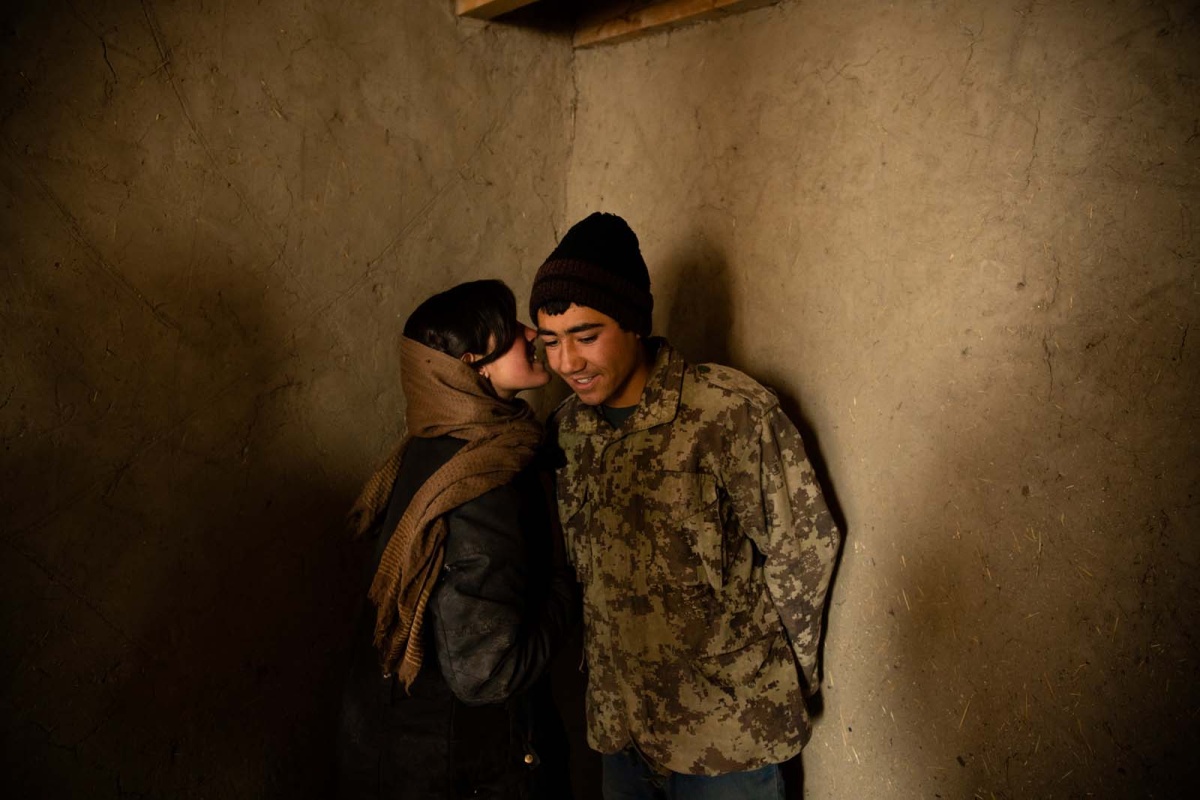 15
During class at a school in the village of Khandood in the Wakhan Corridor, a girl whispers in her classmate’s ear. Wakhan, December 1, 2020. In Afghanistan, a largely traditional and conservative society, girls and boys are strictly separated, when they reach puberty 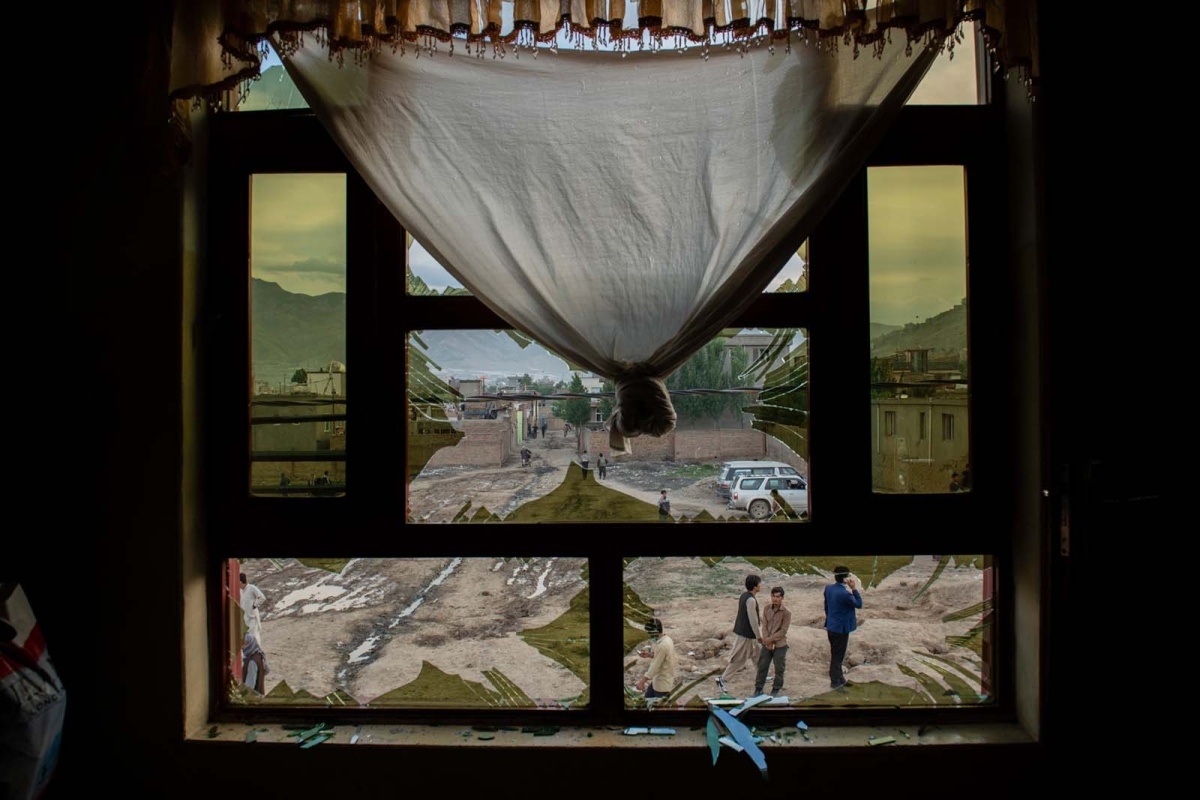 16
An IED was planted in a ditch and exploded a few minutes after the first main explosion, to target those running away from the scene. The house directly opposite the second explosion is only a short distance from the entrance to a school. Kabul, May 8, 2021 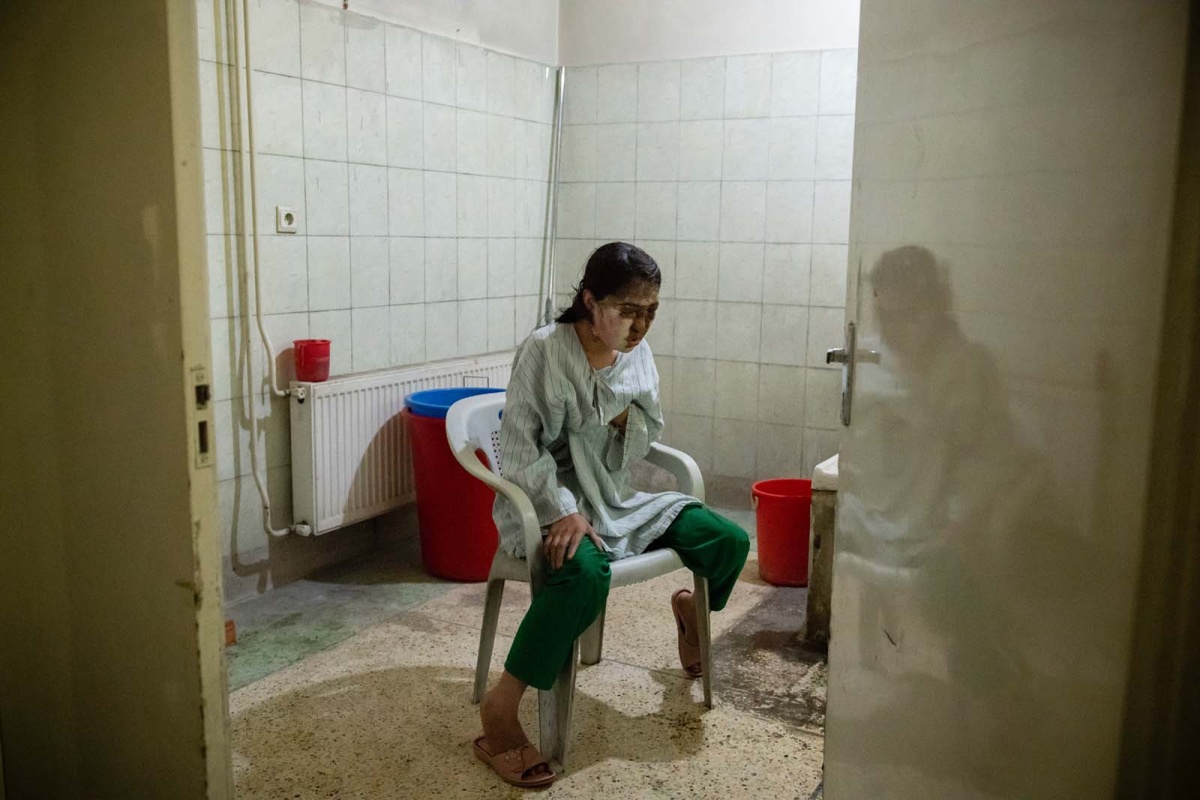 17
Zohra (27), a survivor of an acid attack by her husband and her mother-in-law, sits in a room while nurses change the dressing on her face. She has lost an eye, but is otherwise expected to recover. Kabul, July 31, 2018 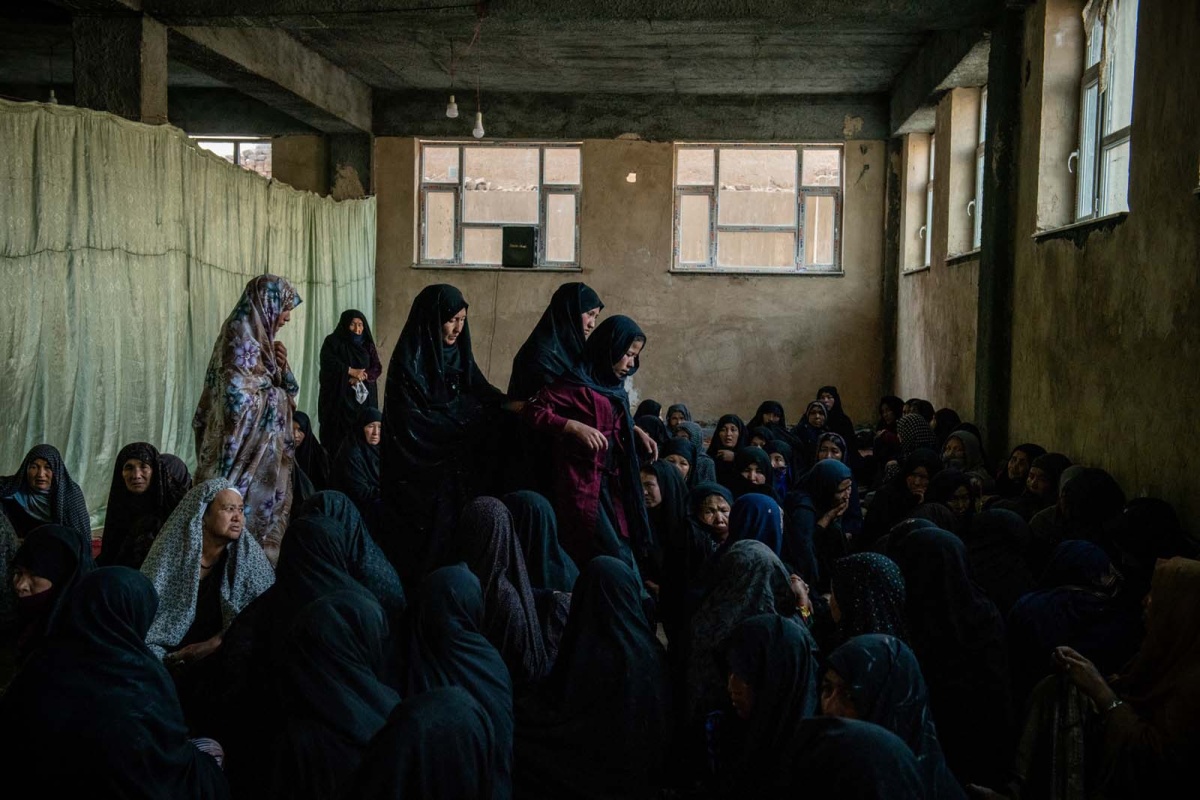 18
In the basement of an unfinished mosque, women mourn daughters and sisters killed in an attack. May 9, 2021. The powerful explosions, in the morning in front of a high school, killed at least 90 people, and injured a further 150. Many were teenage girls who were just coming out of class 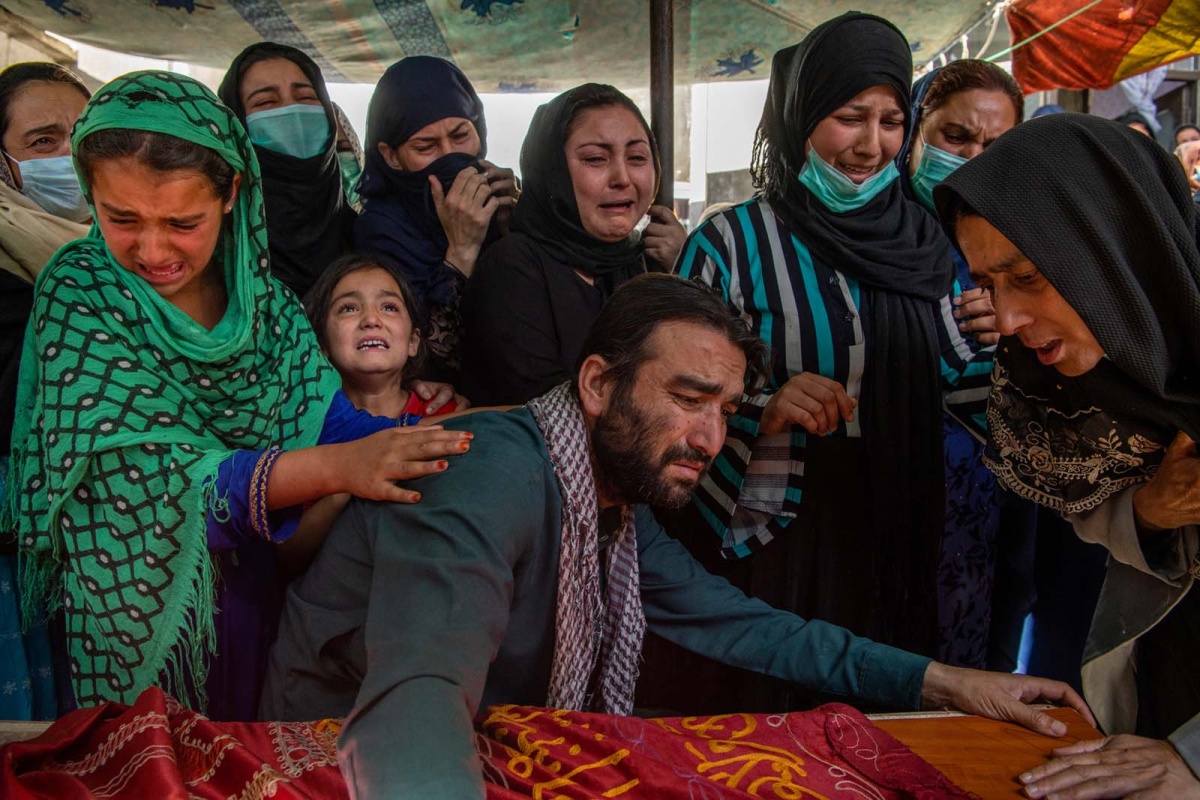 19
A family mourn over the body of their murdered son. He had left Afghanistan illegally and was on his way to Europe, when he was pushed down a mountain on the Iranian-Turkish border. Kabul, June 24, 2021 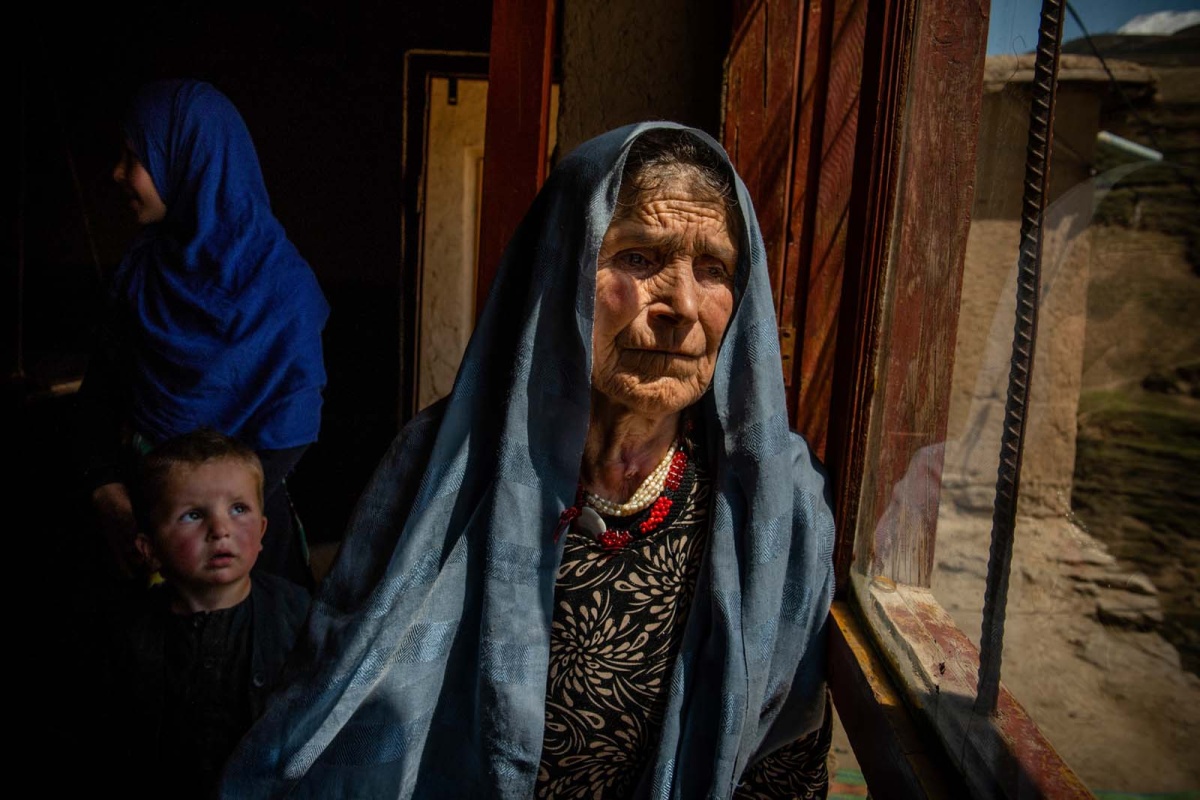