The largest city in the Americas stands on former forest lands, a large region along the Brazilian coast, once inhabited by the indigenous Guarani people. One of the few pockets remaining today in the São Paulo area consists of six villages with around 700 Guarani Mbyá, and is the smallest demarcated indigenous land in Brazil. The Brazilian photographer (born 1989) dedicated himself to this indigenous community and questions the standard urban development model, in times of climate change. 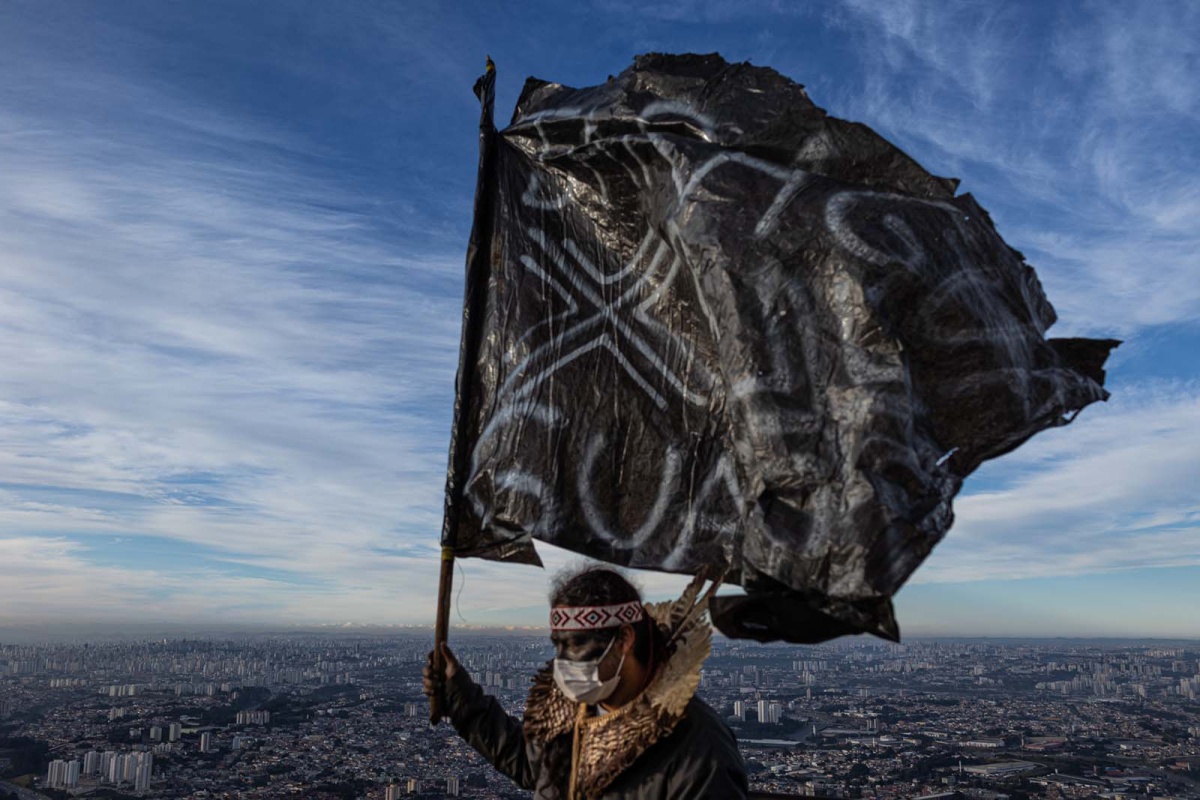 01
June 30, 2021. Hundreds of Mbyá protest at the Pico do Jaraguá reservation, São Paulo, against the land grabbing taking place under the Bolsonaro administration 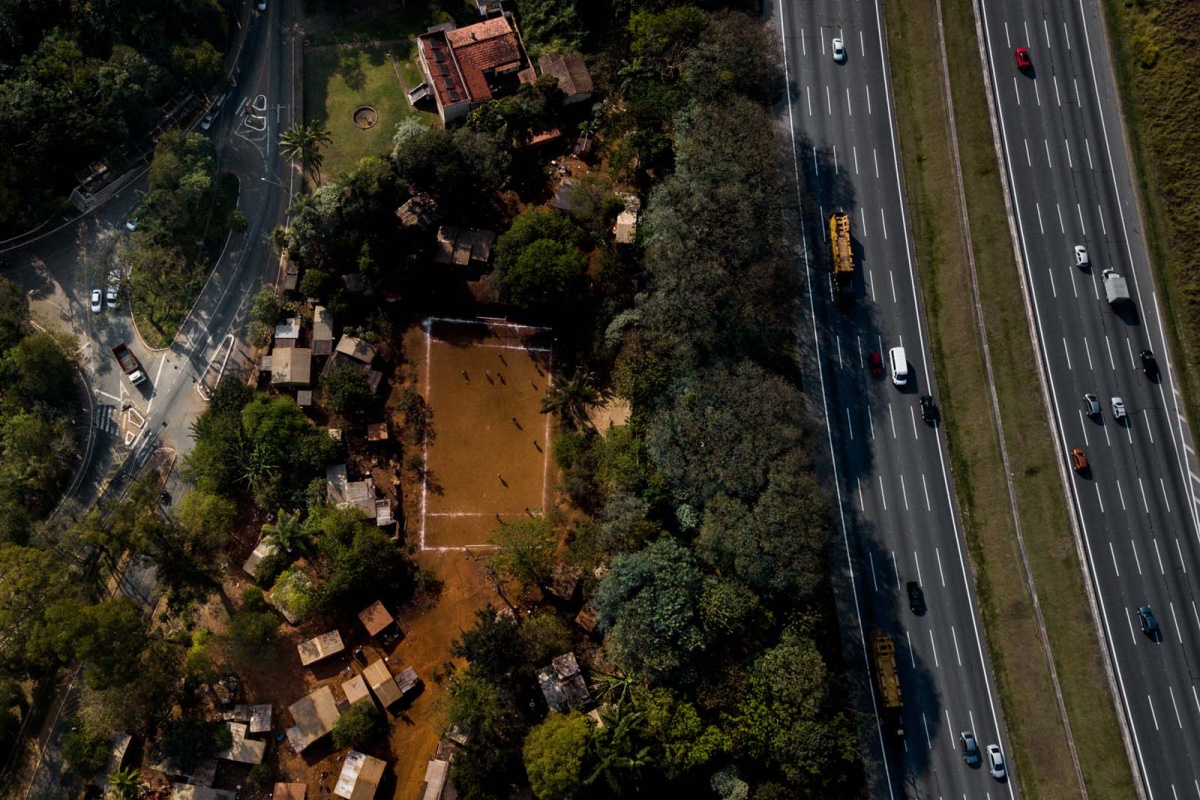 02
The 4.92 square kilometre territory in the administrative district of Jaraguá in the north-west of São Paulo, is the smallest in Brazil 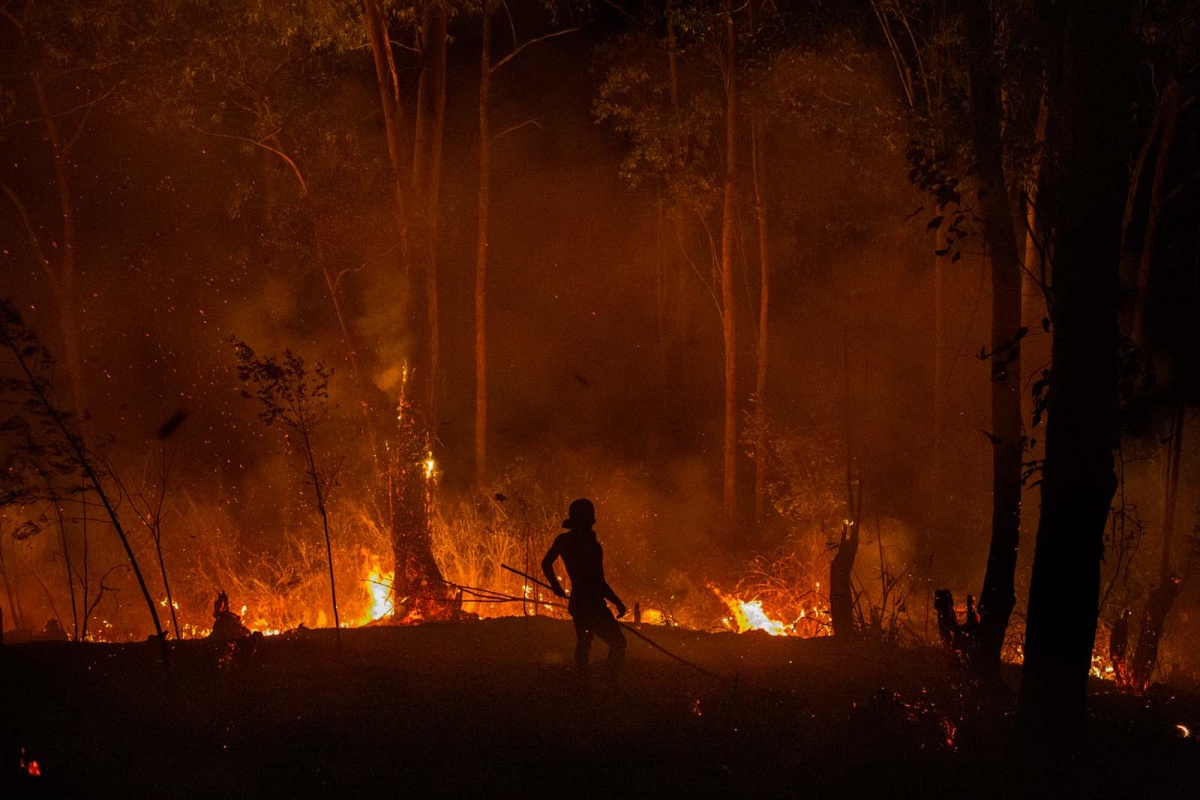 03
Indigenous warriors, known as forest guards, fight against fires that devastated 18 hectare of forest in June, 2020 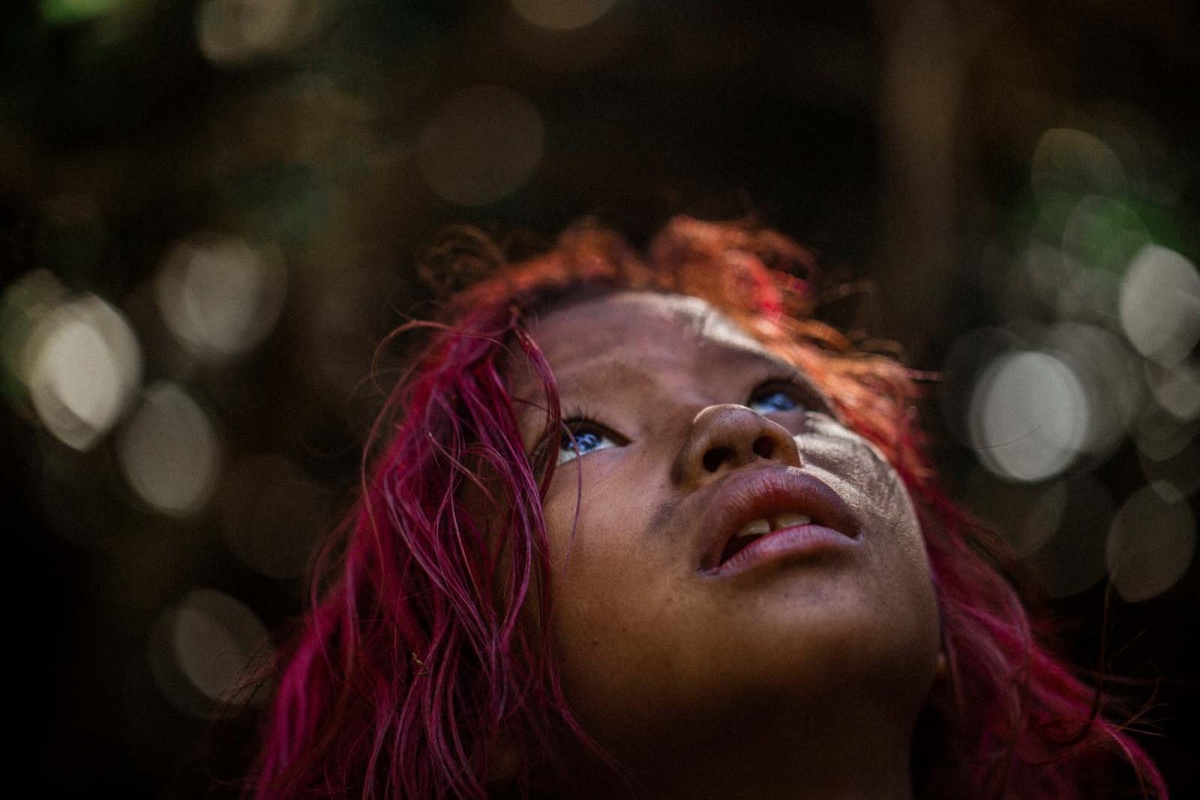 04
The young Mbyá, Manuela Vidal, from the village of Itakupé is appalled by the extent of the damage to the forest 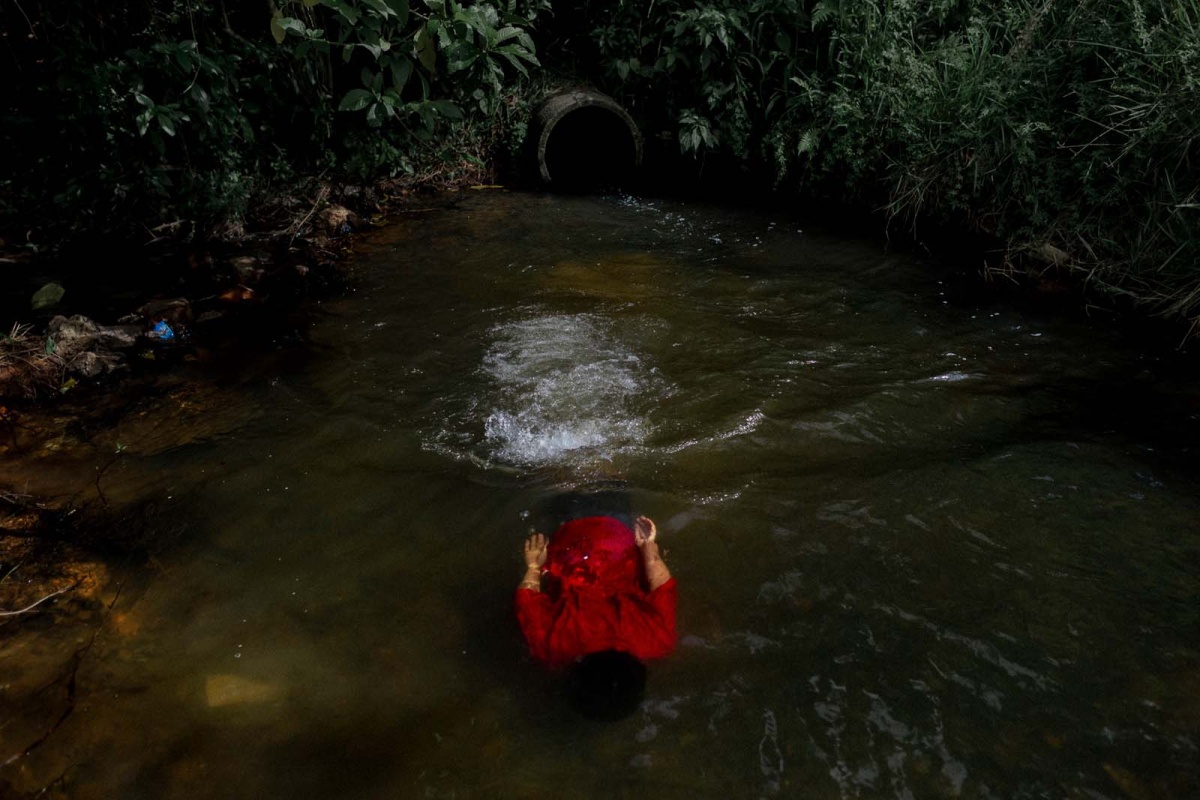 05
A child swims near his village. The pressure of the megacity São Paulo on the tiny territory is growing steadily 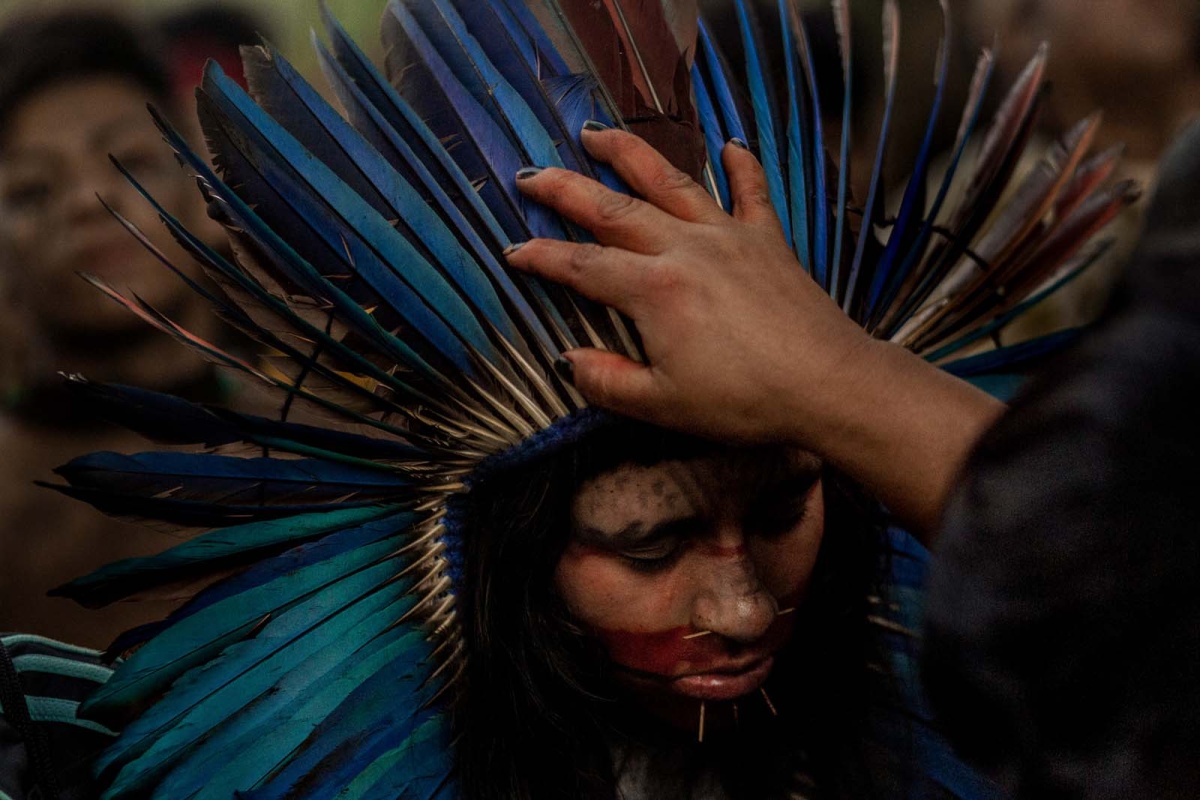 06
Women pray in the indigenous territory, before a possible confrontation with the military police. The Mbyá is a Guarani sub-group; their language is also known as Guarani 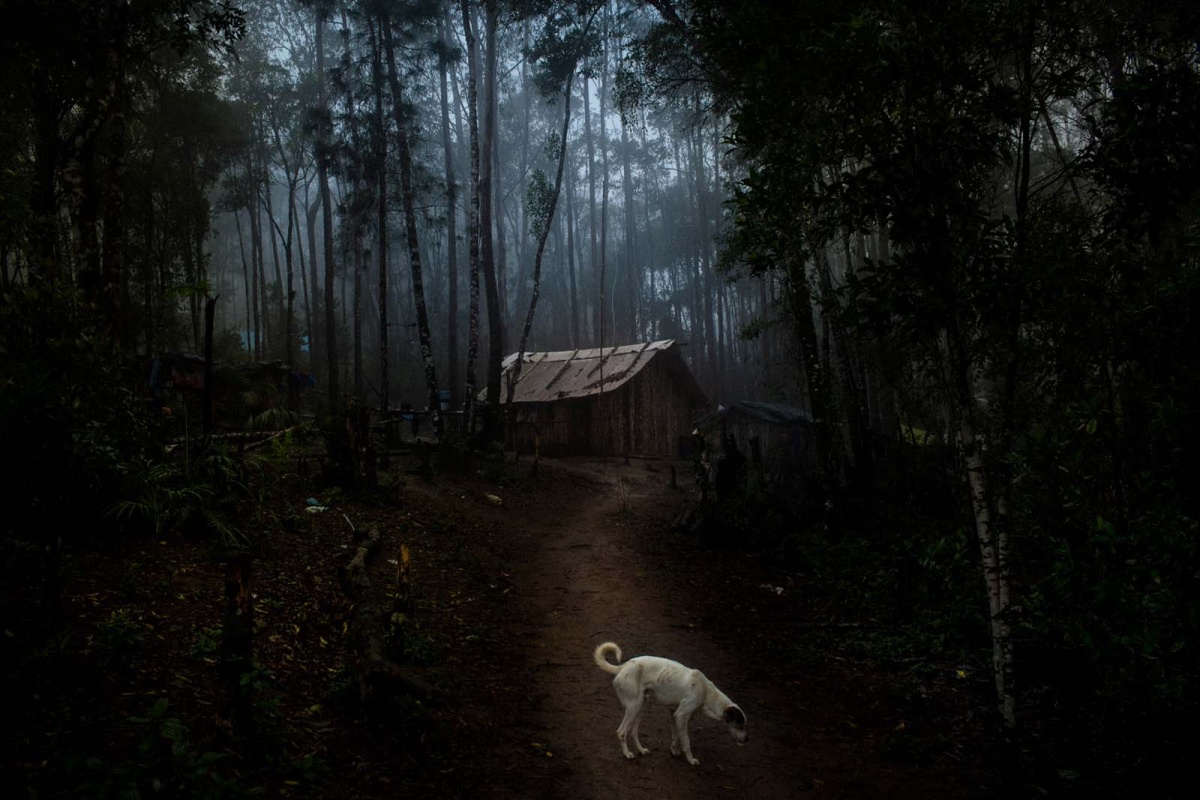 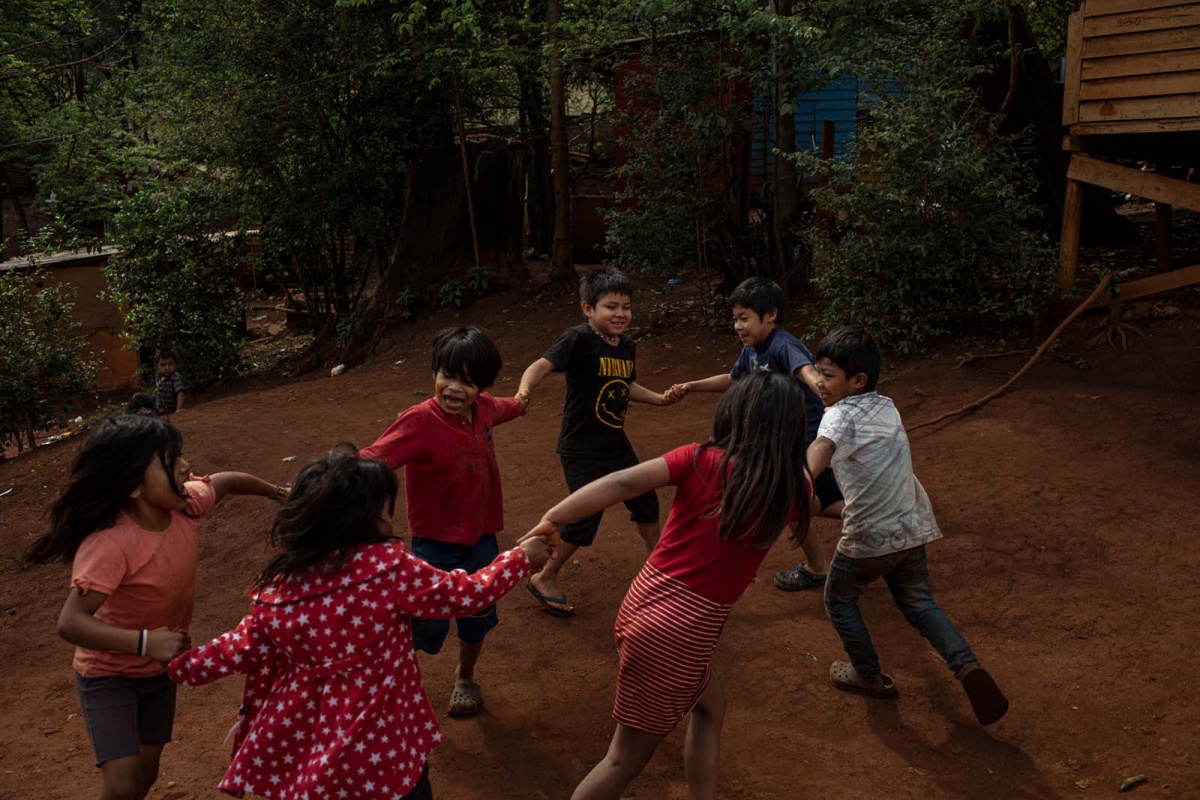 08
Mbyá children play at their school in the village of Tekoa Pyau, where activities took place even during the pandemic 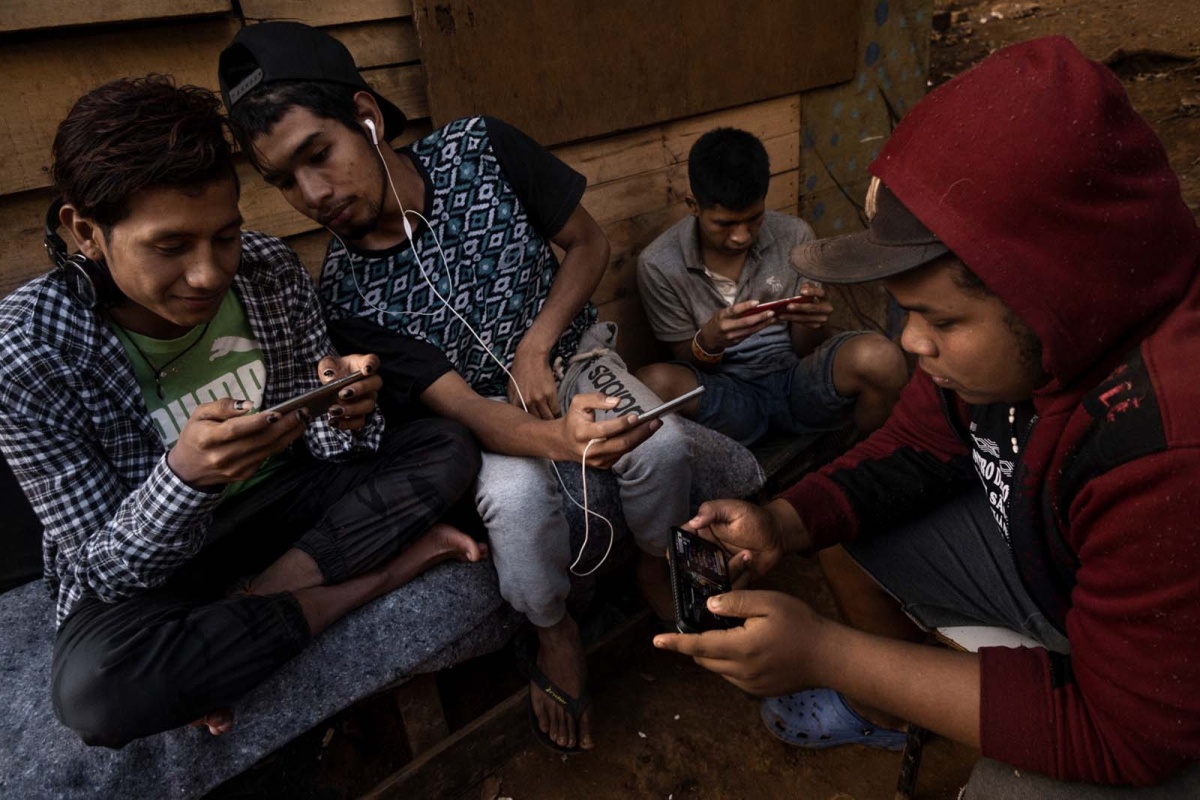 09
In the afternoon, Richard Wera Mirim, 17, and other Mbyá teenagers from Tekoa Pyau play on their smartphones 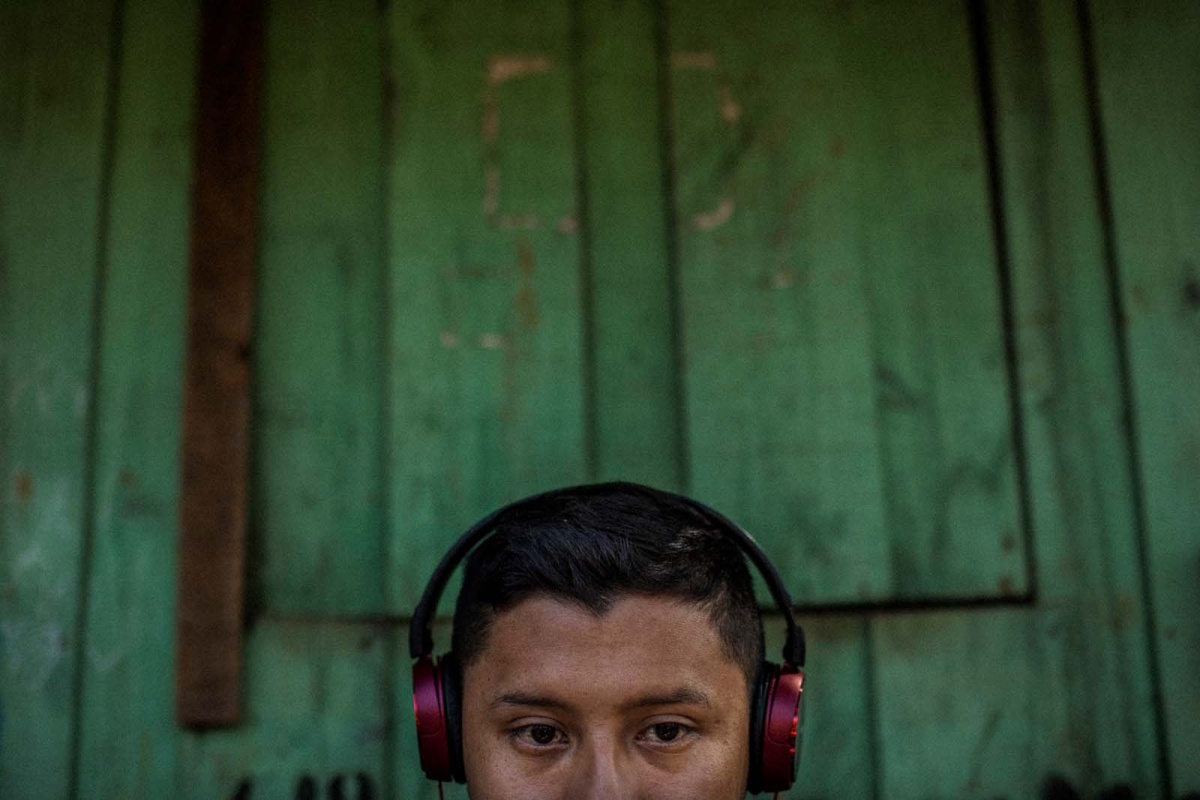 10
Anthony Karai, 21, teaches Guarani online to paying white people. Many white people do not realise that Guarani is a wide-spread, living language 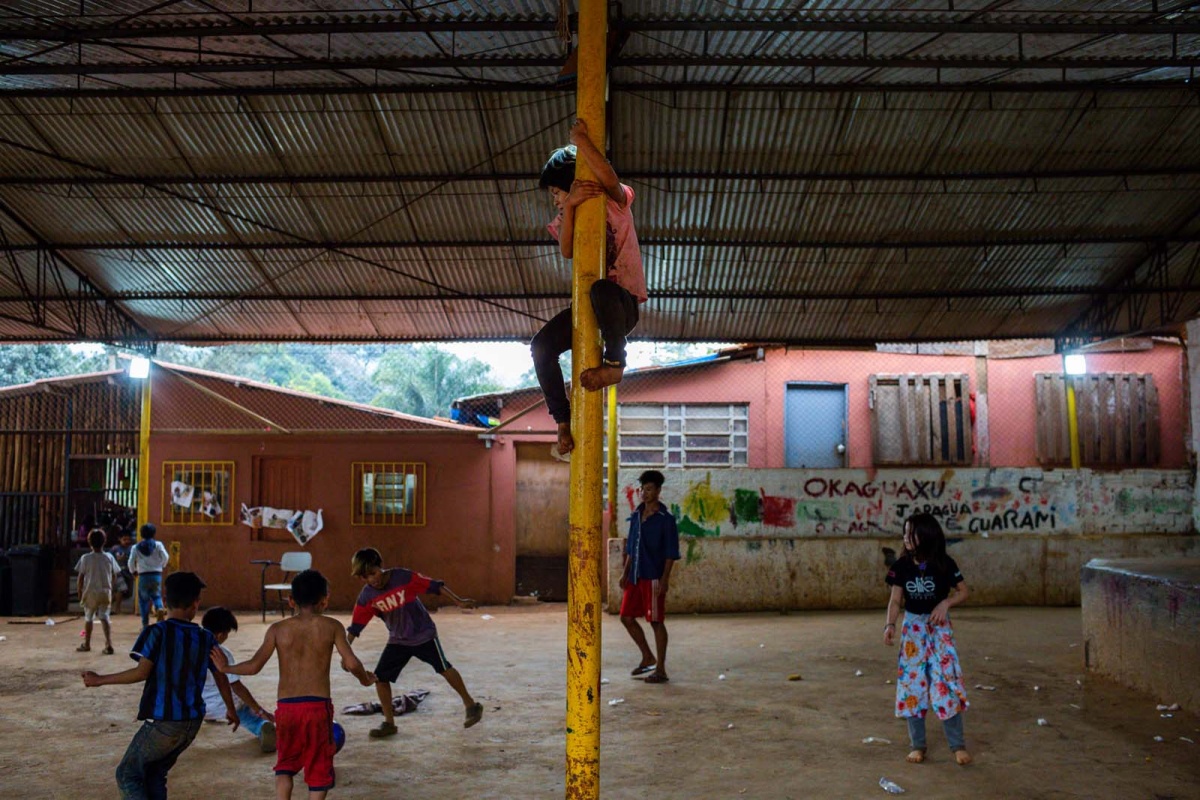 11
“If our children only learn about white people's culture in school, they forget everything,” says Natalício Karai de Souza, one of the Mbyá leaders 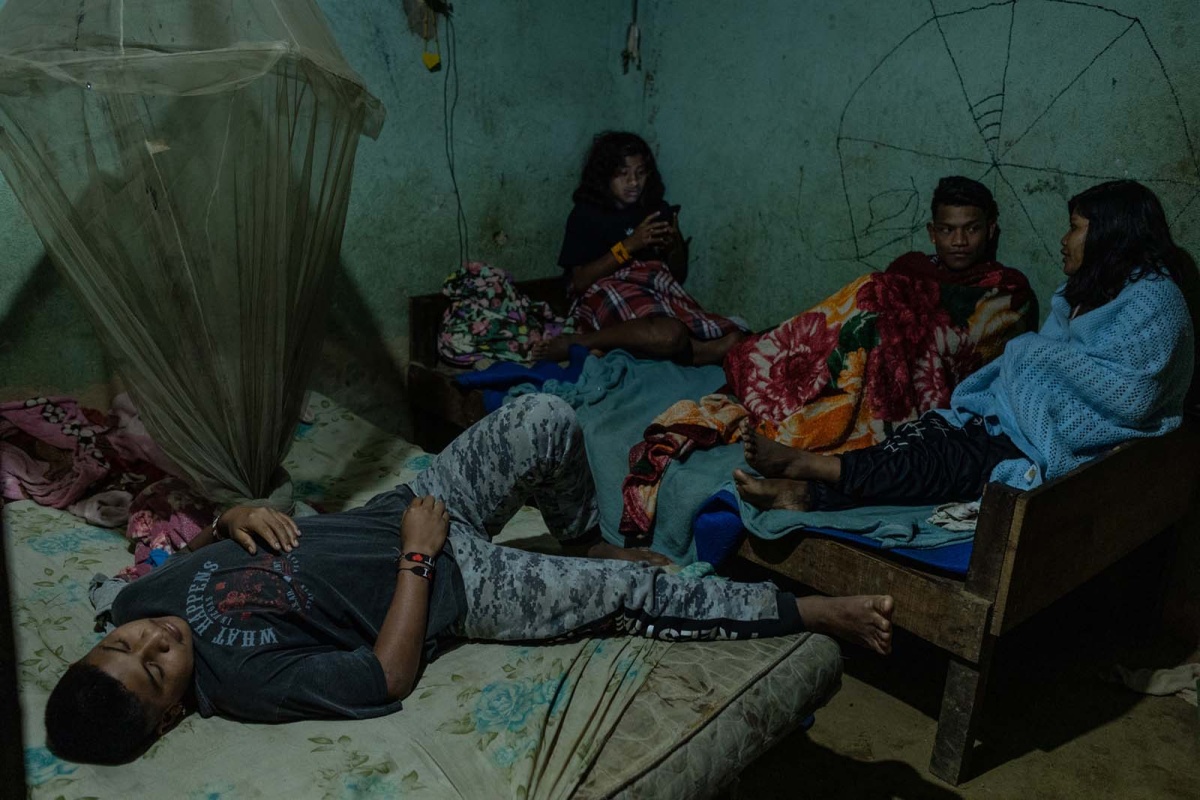 12
Young Mbyá get together at home at the weekend, to chat and relax 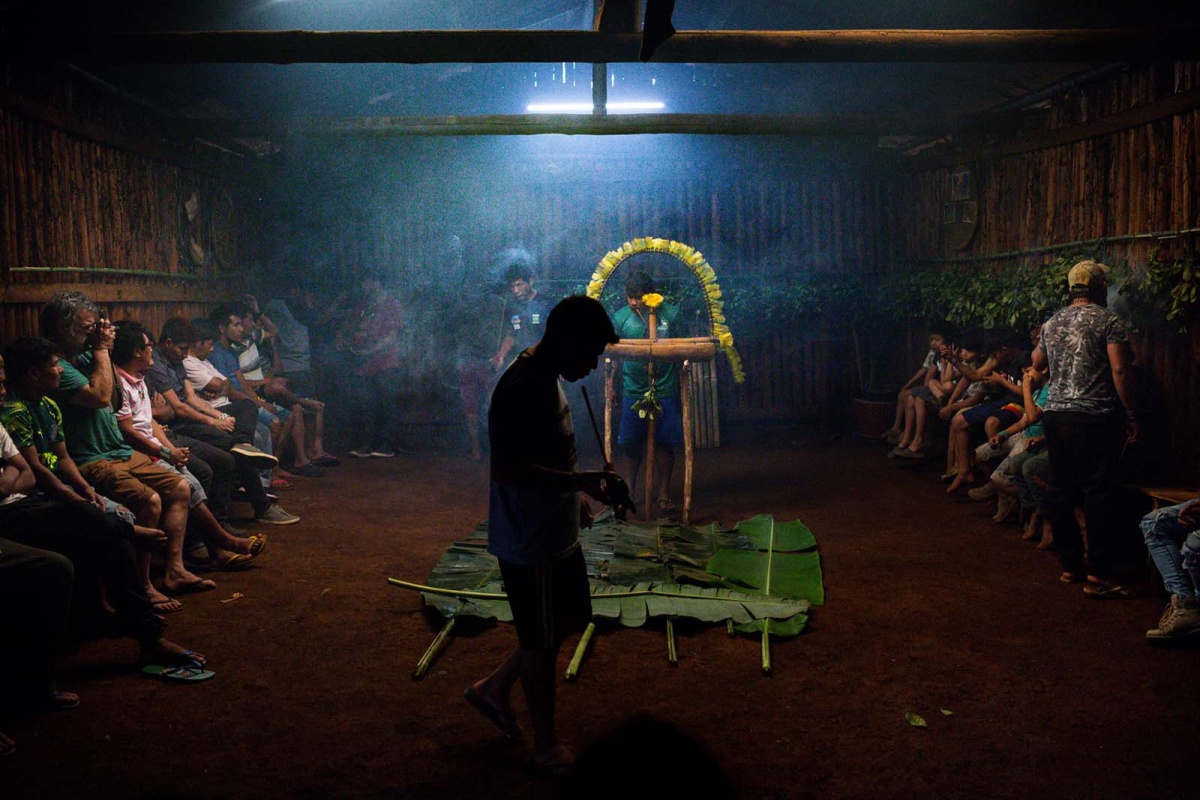 13
The prayer house of the Mbyá is one of the community’s most important meeting places. This is where traditional feasts and ancient rituals are celebrated 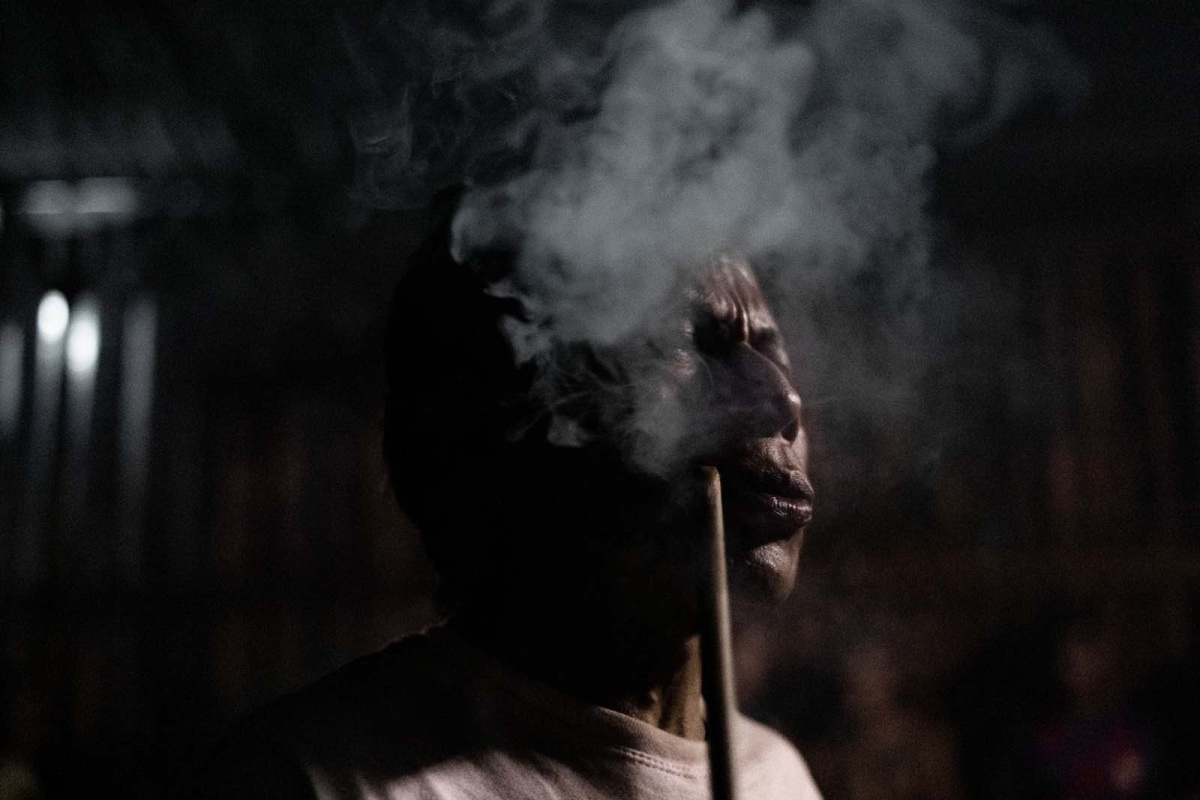 14
A man prays and smokes the traditional Petygua pipe, during Arapyau, the Guarani New Year, which takes place at the beginning of spring 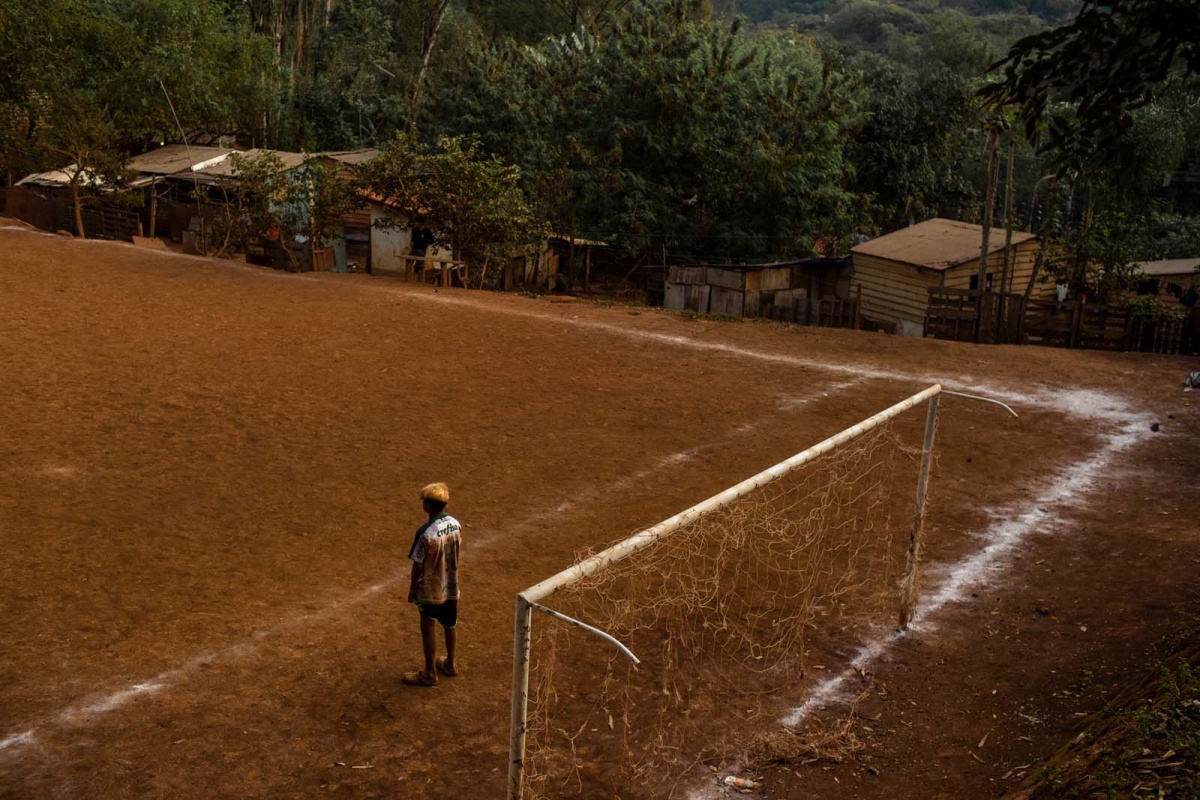 15
During the pandemic, youngsters in the village of Tekoa Pyau took part in an international football tournament 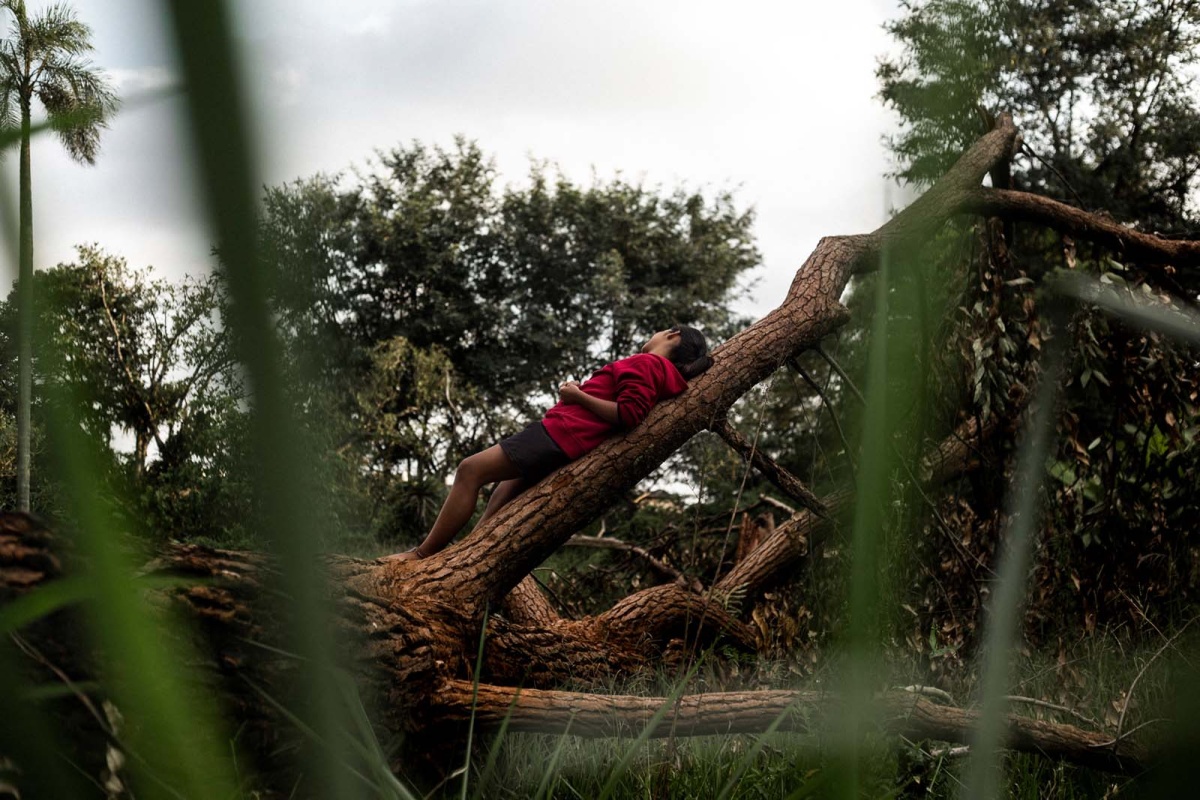 16
A youngster relaxes on a tree trunk. The culture of the Mbyá makes no distinction between the social and the environment, between nature and culture 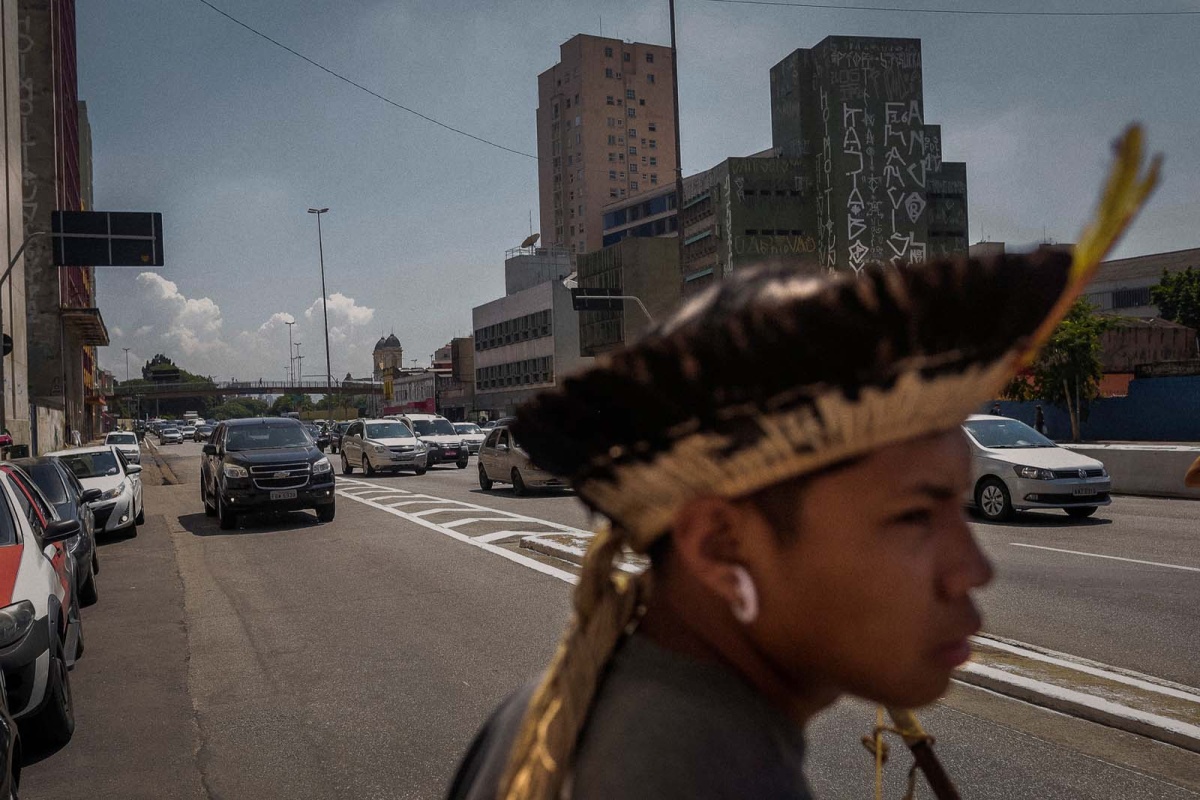 17
Young demonstrators from the reservation protest in down town São Paulo, against the deforestation of their territory 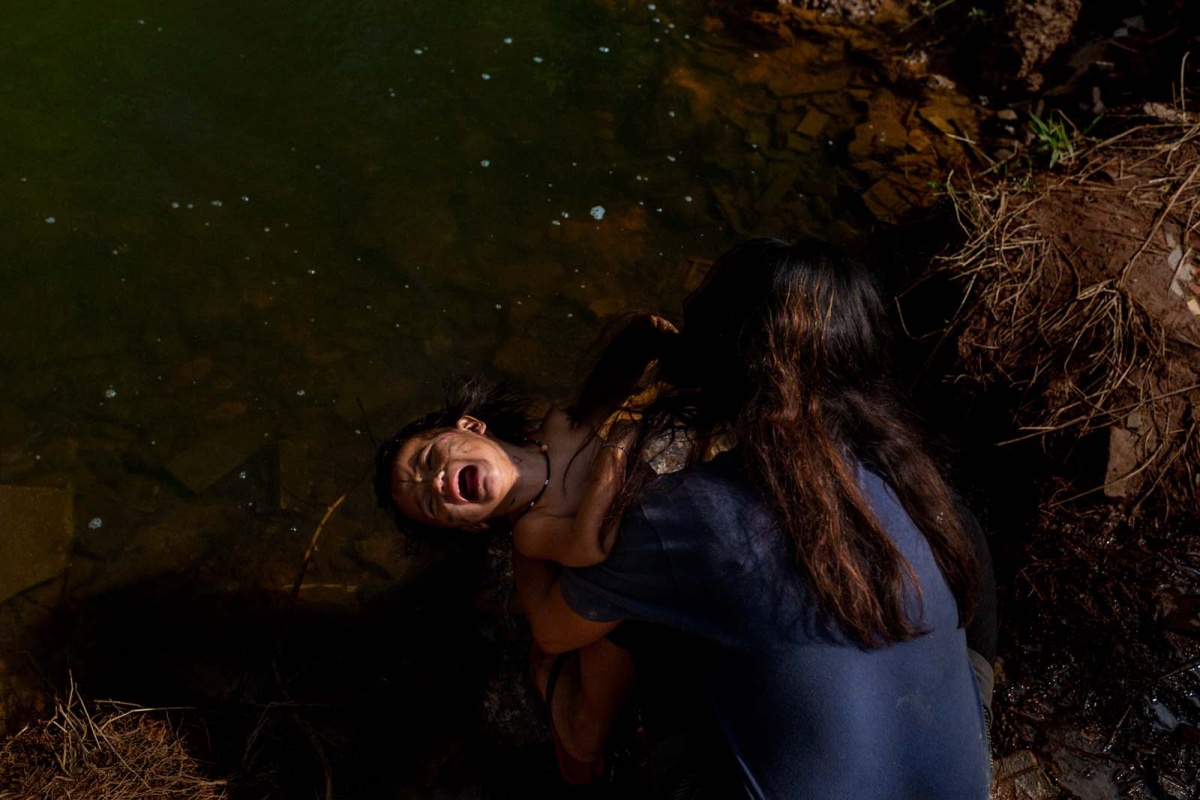