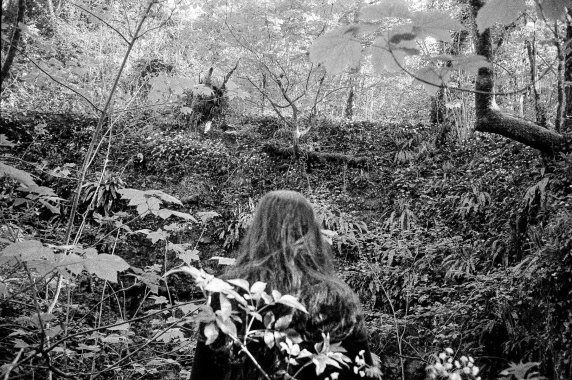 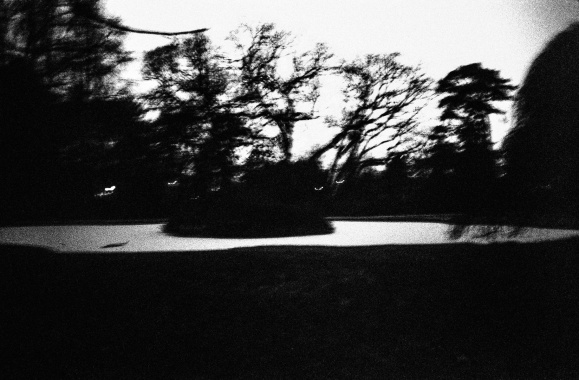 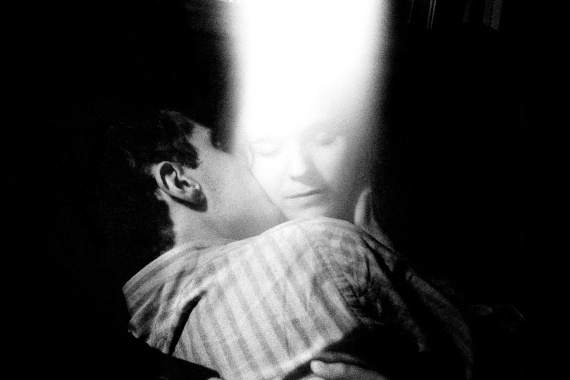 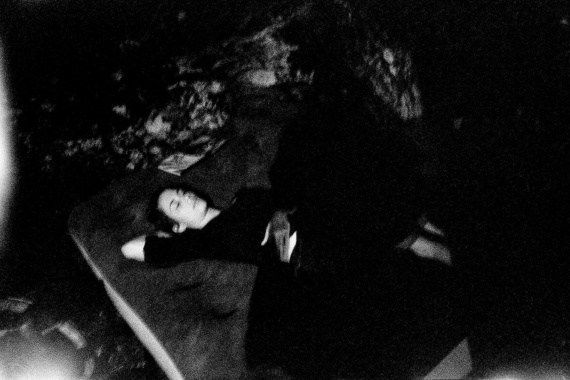 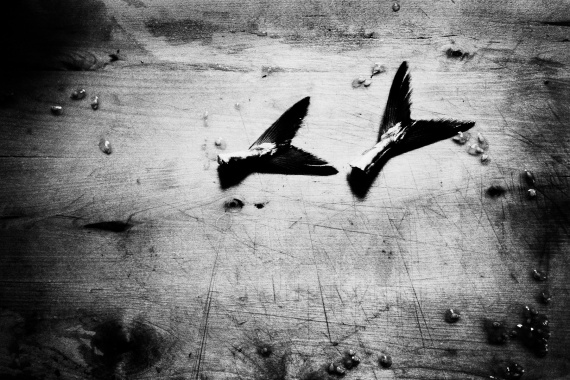 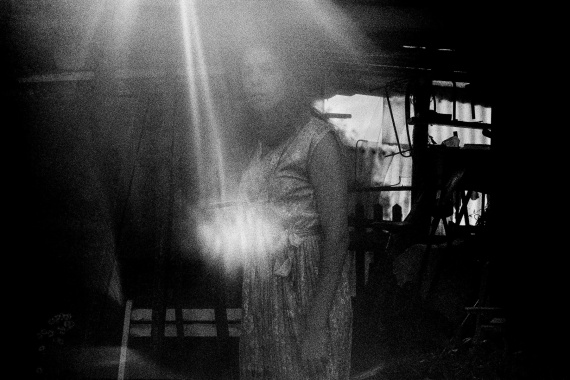 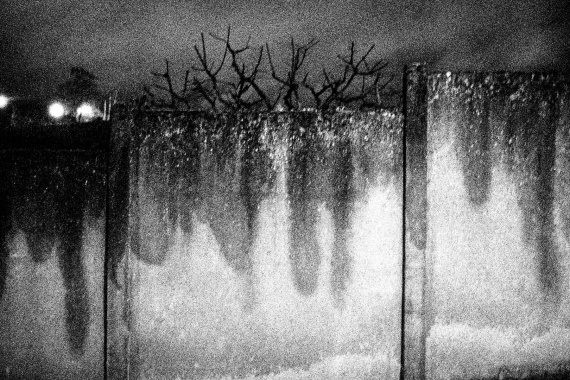 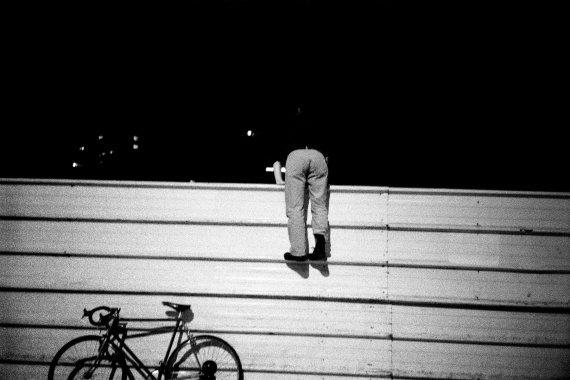 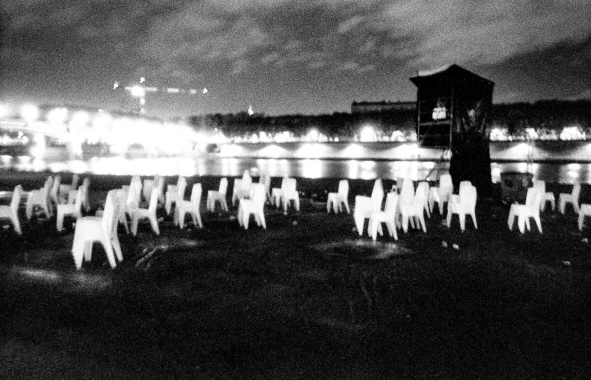 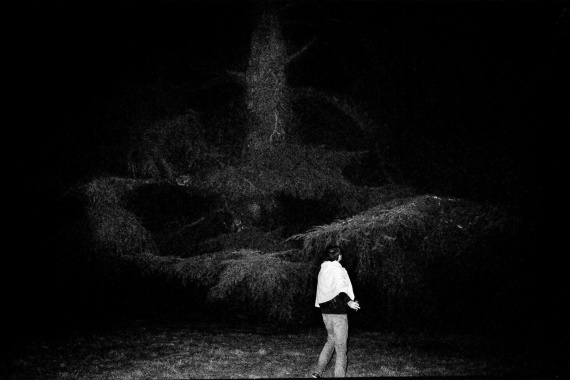 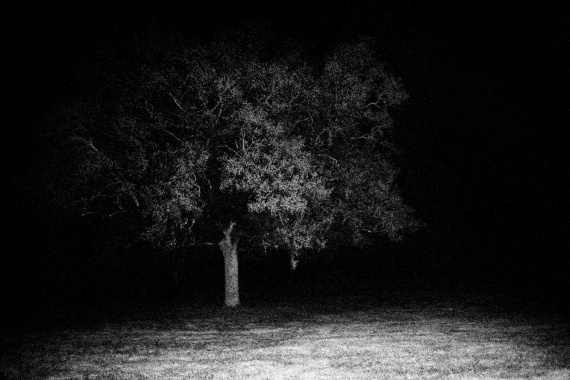 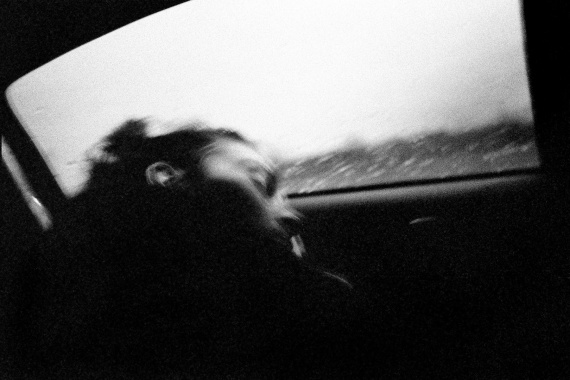 Clara Chichin’s “Under the eyes that few minutes exhaust” series is characterised by enchantingly beautiful, mysterious images taken in high-contrast black and white.The pictures have more in common, however: they are imprints of that which remains after something is lost.

Q: Clara, what is the idea behind your “Under the eyes that few minutes exhaust” series?

A: This series is part of the development of a work focussing on the photographic image, envisioned as both emergence and obliteration, appearance and disappearance, temporal epiphany, mysterious and poetic traces, like François Soulages developed in “La Trace Ombilicale” (The Umbilical Trace). Above all, there’s the idea of something that has to do with time, and with absence. Obsessed with the idea of an image that is disappearing, I try to emphasise the incapacity of photography to fix a specific moment. Notions of incompletion, of fragmentation, of hollowness imbue my work. I envision photography as an imprint (that which remains after loss); and I go along with it, in other words I recompose, I invent, I make it work. The photograph, the accumulated persistent vision, is the starting point for what I produce. The encounter with another is enigmatic, as is photography; this feeds my process and keeps me alert. As I take pictures, I am creating the traces of my passage and of the phenomena involved – I construct my presence in the world. The idea of mourning, of a primordial loss, is anchored in my work, buried deep, an enigma that disturbs and fascinates. The images, the traces are destined to transform and to experience an eternal renewal. In “La Trace Ombilicale”, Soulages writes: “Photo constantly failed, constantly restarted”.

“I assemble the fragments in a system of equivalence, little by little I compose an ensemble with repetitions, echoes, leitmotifs, as if I were writing a poem without a linear narrative, an imaginary voyage, a dream-like meandering.”

Q: Your stylistic means include black and white, un-sharpness and graininess (noise), but it is, above all, the light that provides surprises in every picture. What meanings do the extreme contrasts of light and dark have?

A: I can’t say if these contrasts have a particular meaning, but clearly, light, “dark brightness”, is important in my work. There is this alternation, or rather this ambiguity or paradox between the dazzling and the blinding. Light reveals the imprints that have nearly become lost in the darkness, due to the excess of light. I often think about an expression I found in the “Journal” by Alix Cléo Roubaud: “Enhance the blacks”. There’s also a wish to transcend, to transfigure, to sublimate the images taken from life, those moments that are disappearing; these stylistic means allow me to filter reality.

Q: The series is a long-term project. How long have you been working on it and how has it evolved over time?

A: I began this series in 2009 when I produced a first collection for my DNAP (National Diploma of Visual Arts) at the Beaux Arts in Paris. I presented this short series in the form of a slide show with sound: “Correspondance-s-” (2009), “And now I’m saying ‘worst and worst’ as he said. Rien. ne s’assagit” (2012). Then I began “Sous les yeux que quelques minutes épuisent” (Under the eyes that few minutes exhaust) with new images. I consider these series like chapters in a same story. In July 2016, following an invitation from Anna Alix Koffi, creator of the magazine, Off the Wall, I presented a larger version of “Sous les yeux que quelques minutes épuisent” (which picks up the images from the various series) at the Les Filles du Calvaire gallery in Paris. Accordingly, I am creating an ensemble that evolves with times, and I’m currently hoping to present it in the form of a book. 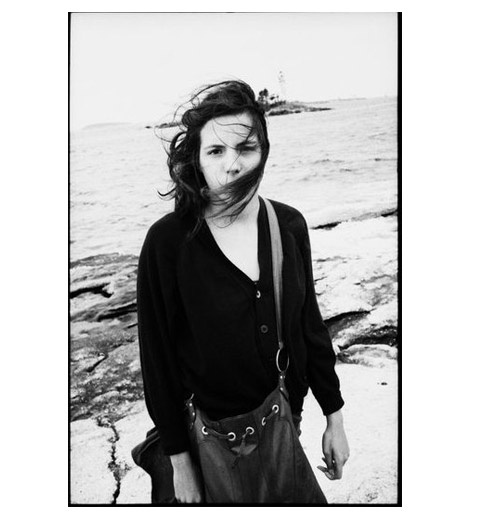 Born in Paris in 1985, the photographer received a Diploma of Philosophy and got her Masters in Art, Literature and Contemporary Thinking at the Paris Universities I and VII before studying photography at the Ecole Nationale Supérieure des Beaux-Arts. She has been represented by the Hans Lucas Studio agency since completing her studies in 2012. Chichin has been involved in numerous exhibitions and has published five books – most recently, “Au lieu d’effacer en vrac les choses fragiles”. She lives in Montreuil near Paris.