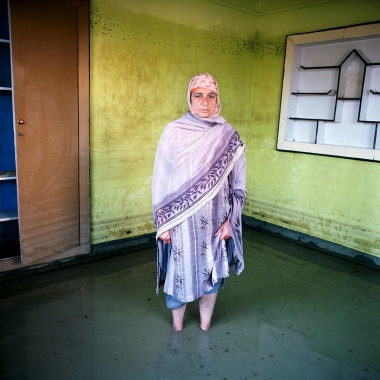 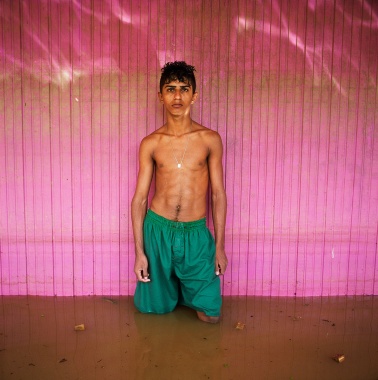 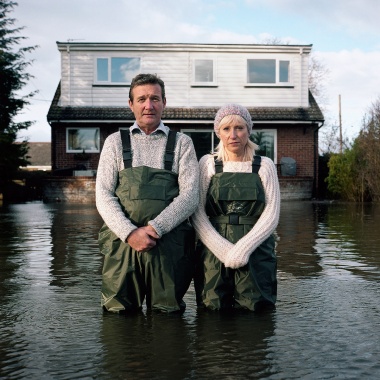 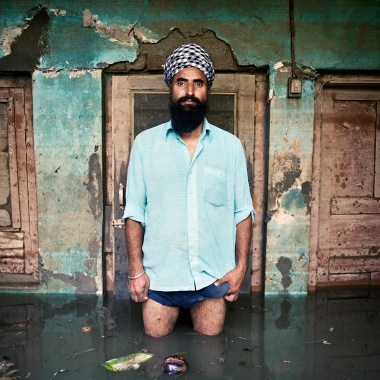 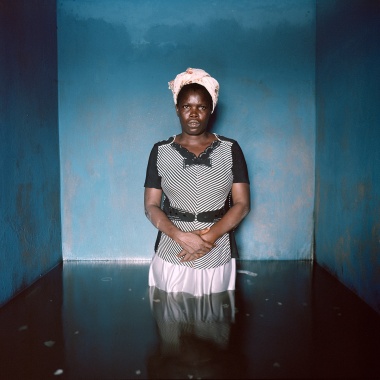 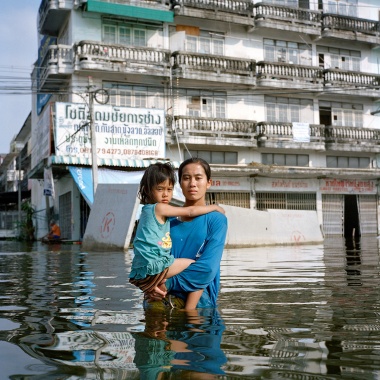 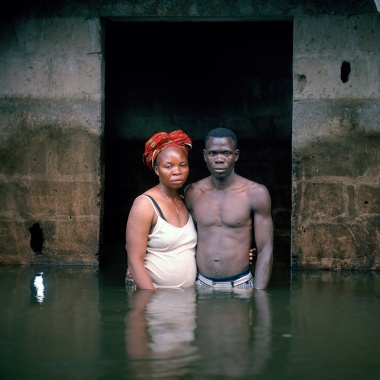 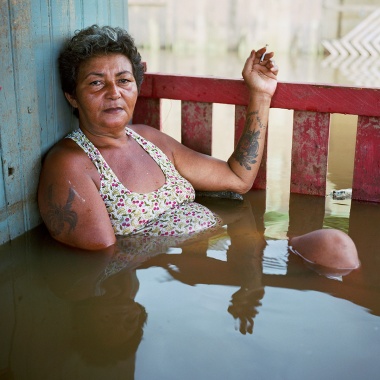 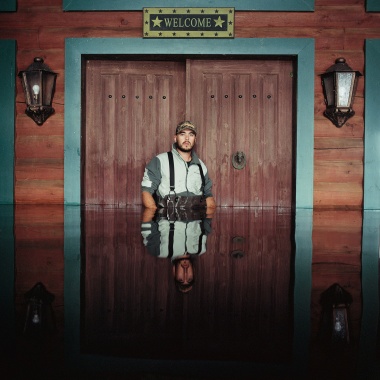 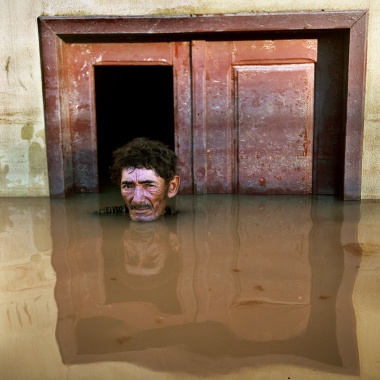 The water took everything but their lives: for his long-term project, “Drowning World”, Gideon Mendel photographed victims of flooding all around the planet.

“I’ve been photographing people who’ve lost all their belonging during floods, since 2007. That year I witnessed two floods that happened within weeks of each other – first in Great Britain and then in India. Despite the different impact these catastrophes caused because of the very different living situations, the despair and unsettledness of those affected was very similar.

This experience moved me deeply and since then I’ve been travelling around the world to areas of flooding: Haiti, Pakistan, Australia, Thailand, Nigeria, Germany, the Philippines, Brazil, Bangladesh and the USA. My portraits help make the phenomenon that is climate change understandable from an individual perspective. A terrifying experience, flooding is both historically and metaphorically universal. It can have natural causes, but, with its catastrophic consequences, flooding is increasingly the outcome of human intervention in nature – whether river regulation, the use of concrete or the expansion of settlements. In addition, the growing number of extreme weather events due to climate change, leads to the fact that ever more numbers of people will be the victims of floods.

“With ‘Submerged Portraits’ I make the consequences of climate change understandable from individual perspectives.”

On the whole, I get to flood locations when the water is still high in the streets and houses, and I connect with people who are then very willing to show me what remains of their homes, and to tell me their story. There’s a peculiar mood: the still water covers everything – including social and cultural differences; all sense of normality has fled from the surreal surroundings and people have to somehow deal with the situation. In my portraits, I also try to give expression to the unreal quietness that reigns – a quietness that will inevitably give way to chaos once the waters have withdrawn and the filth and wreckage are uncovered.

The eyes of those portrayed reveal that they are not just people who have lost everything, but that they mostly feel abandoned by the government institutions that are completely overtaxed by the situation. My selection of pictures for the ‘Submerged Portraits’ series follows a simple dramaturgy: in the end, people are up to their necks in water.” 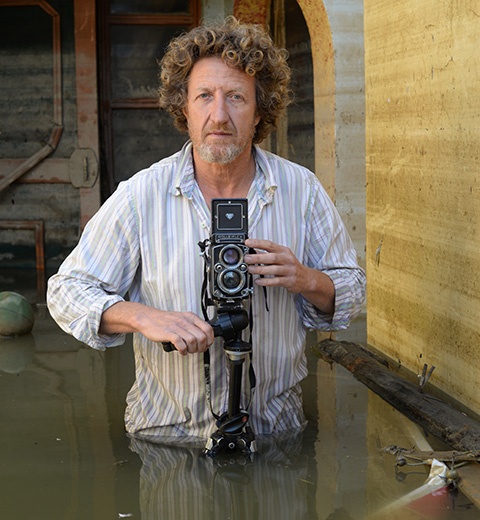 Born in Johannesburg in 1959, Mendel began taking photographs during the final years of the Apartheid regime, after completing studies in Psychology and African History. He moved to London at the end of the nineties, and immersed himself in social reportage, in particular in a long-term project about AIDS. He worked with aid organisations such as Doctors without Borders, the Terrence Higgins Trust and UNICEF, and his pictures have been published in magazines such as National Geographic, Geo, Fortune, L’Express and Stern. He has already received numerous awards for his work, including the Eugene Smith Award for Humanistic Photography, six World Press Photo Awards and the Amnesty International Media Award for Photojournalism. 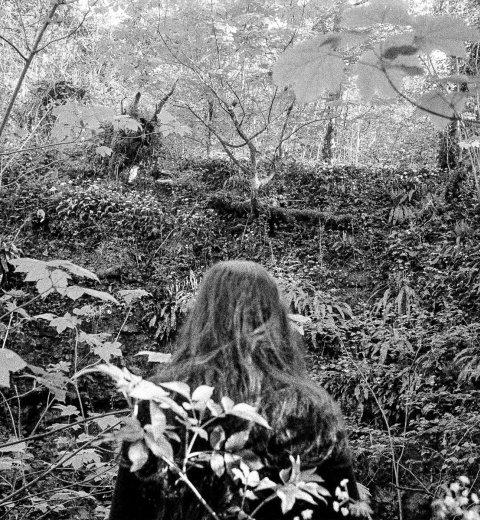 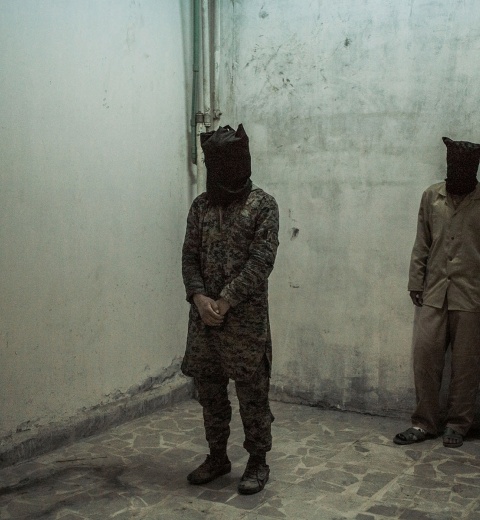 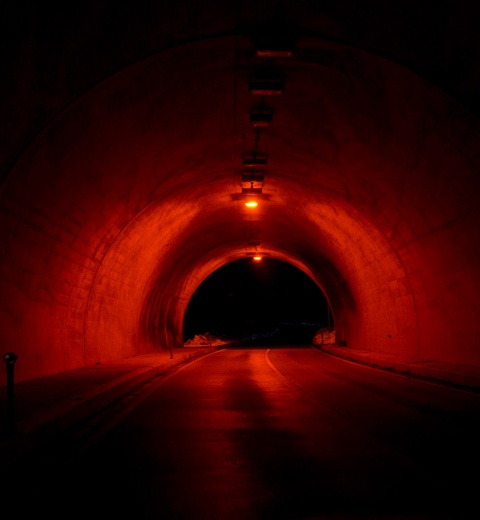