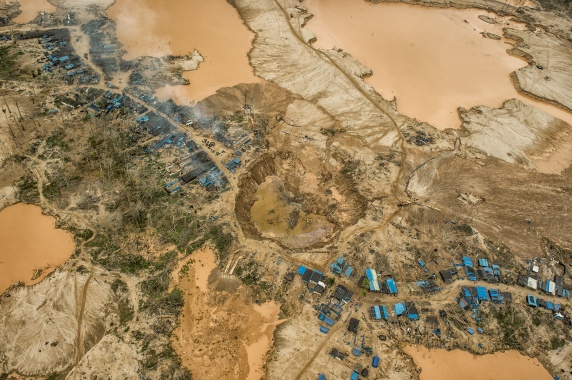 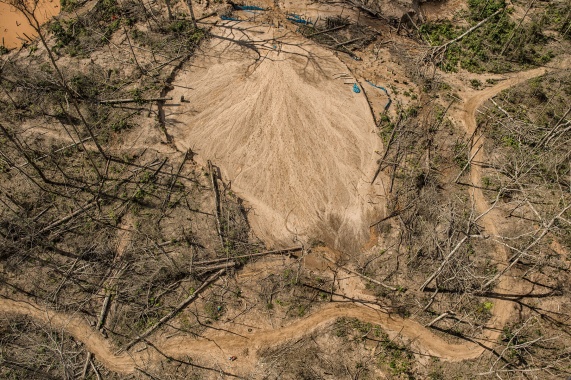 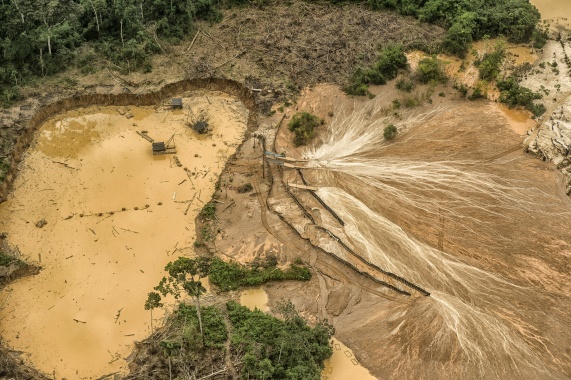 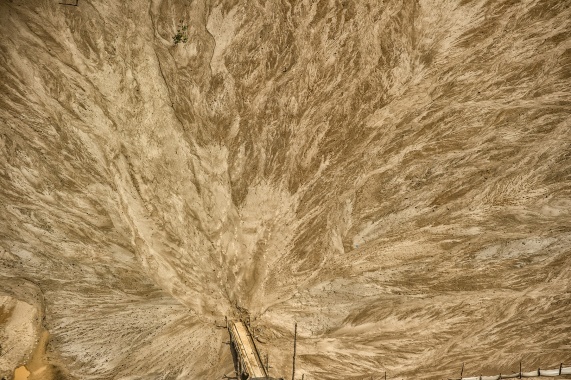 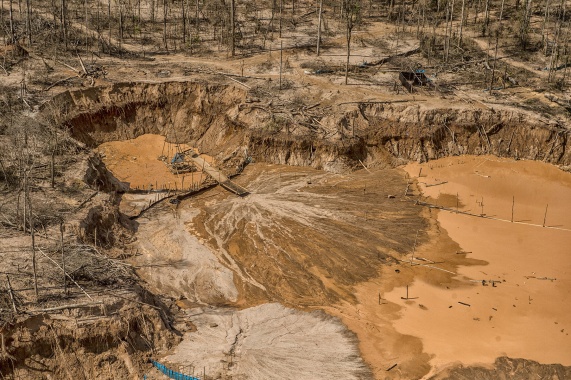 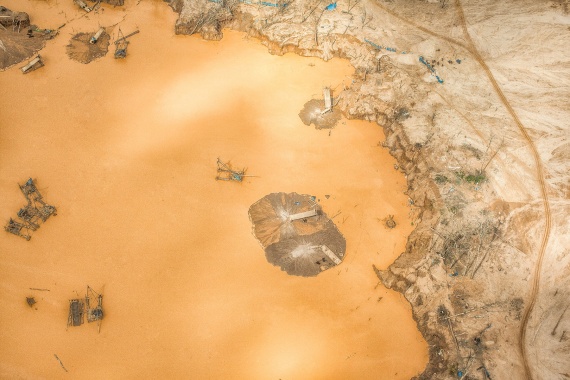 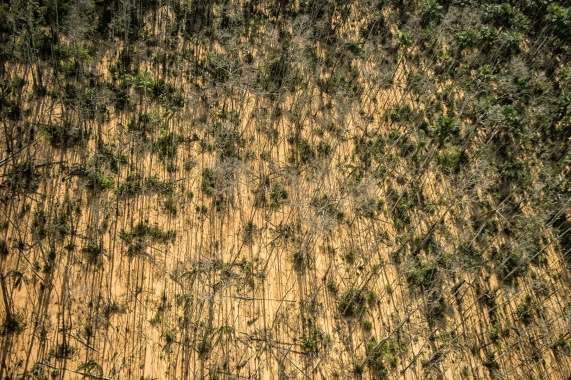 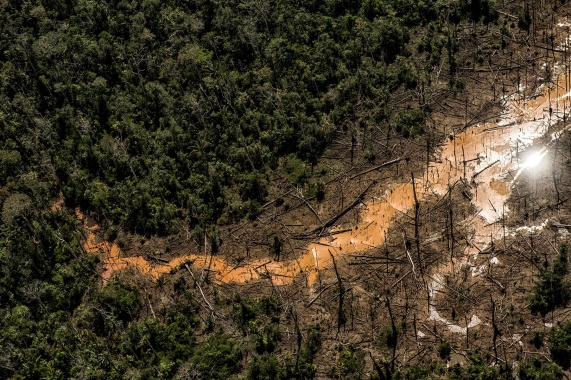 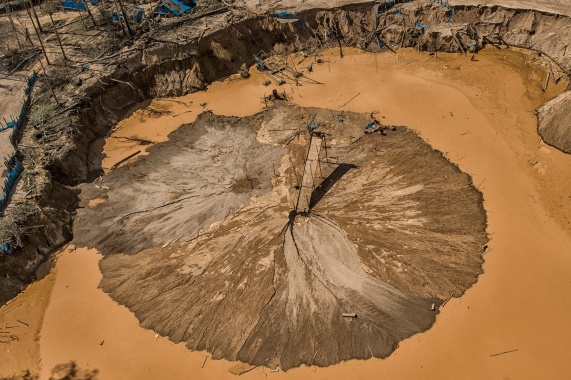 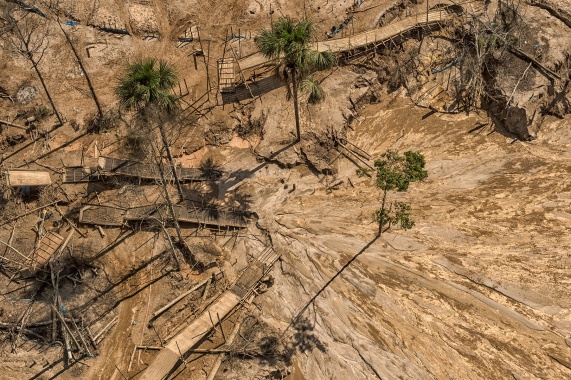 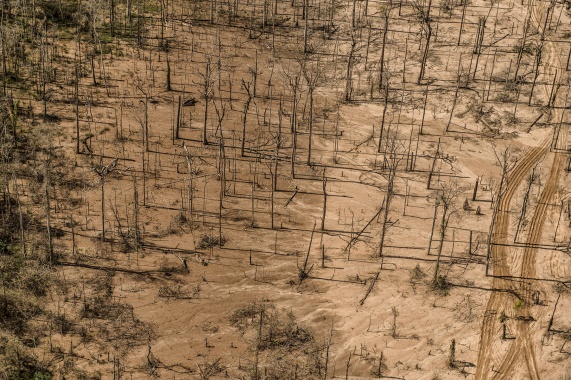 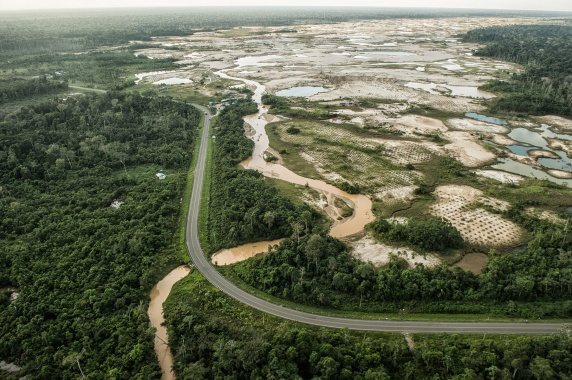 Despite humankind knowing better, the destructive exploitation of nature and of the planet’s natural resources continues unhindered around the world. In his “Dredges” series, the Peruvian documentary photographer, Ernesto Benavides, offers a disturbing glimpse at illegal gold mining in the Amazon region.

Ernesto Benavides has flown over the rainforest in a helicopter many times to take pictures for this, as yet incomplete, series, which documents the visible traces of destruction. When seen from the sky, the evidence of the disastrous exploitation becomes much more apparent, with areas of brown mud in stark contrast to the saturated green of the rainforest. “Seen from above, the Amazon resembles a huge billiards table, a field of intense green pockmarked by brown stains. These are the sites of illegal mines, and they reveal the scope of a gold rush that threatens the lungs of the planet,” the photographer warns.

“My work explores the relationship between man and nature, the consumption of natural resources, and social conflict.”

Well over 600 square kilometres of forest have already been lost to illegal mining in the Madre de Dios region, resulting in the disappearance of many unique species of fauna and flora. Peru is the leading gold producer in South America, ranking fifth in the world. According to the country’s authorities, about 20 percent of its exported gold originates from illegal mines. What is more, this dramatic exploitation, which began in the 1980s, extends far beyond Peru. In every country of the Amazon region, tiny unregistered mines are gradually eating away at the largest forest in the world, unchecked. Even though the authorities manage to close down many illicit ventures, the destruction of the rainforest marches on. The photographer, in creating his “Dredges” series, has found a way to visualise this destruction. 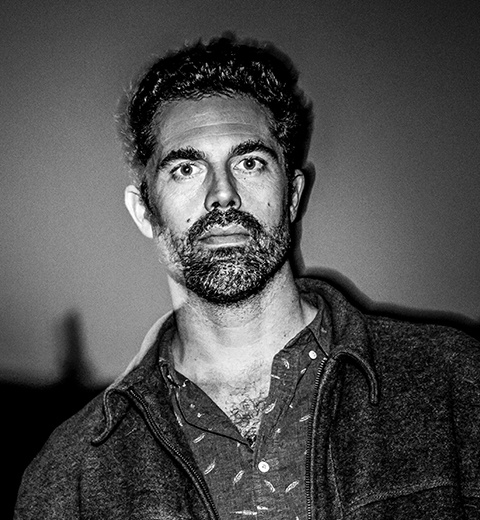 The Peruvian documentary photographer was born in Lima, in 1978, and works mainly in South America. As a photographer for the Agence France-Presse, his work is published regularly in the international media. He is a founding member of the SupayFotos Peruvian photography collective, which has been exhibiting nationally and around the world, since 2007. Benavides studied Communication Sciences and has a Bachelor of Science from the University of Lima. His first photo book, Wanu, appeared in 2013. In 2017, his “Dredges” series earned him the Peruvian IPYS photojournalism award. He lives in Lima.