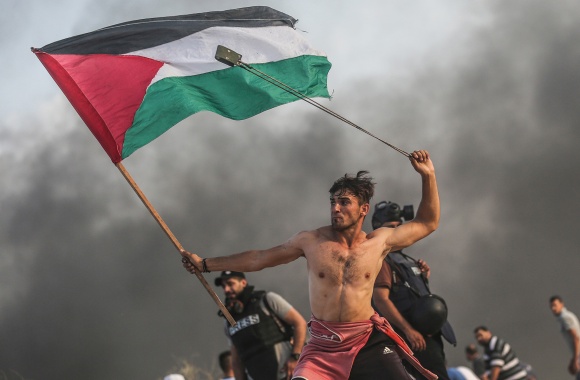 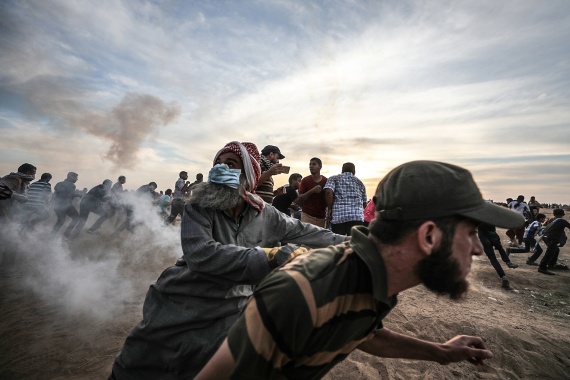 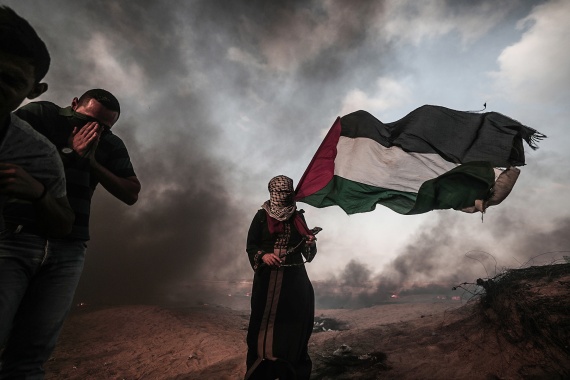 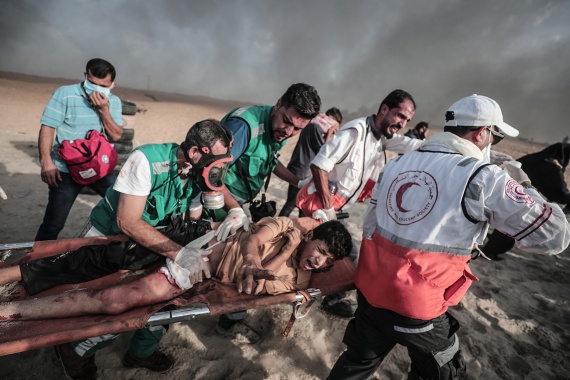 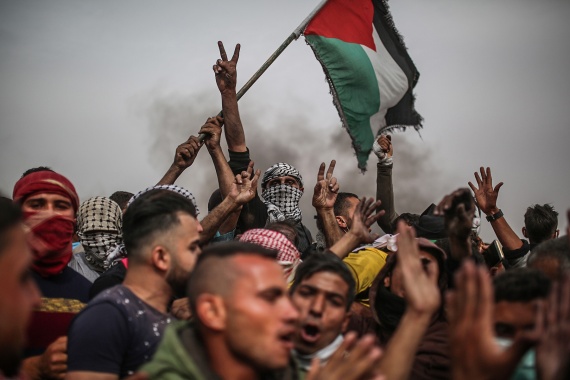 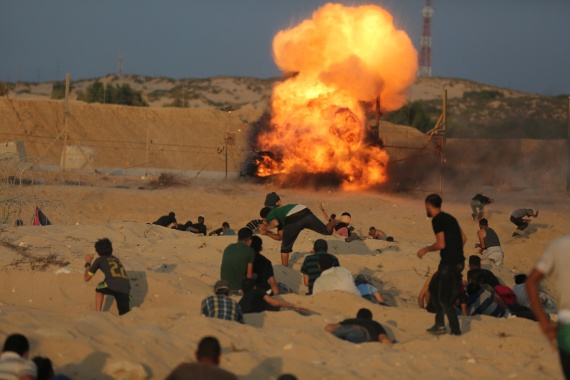 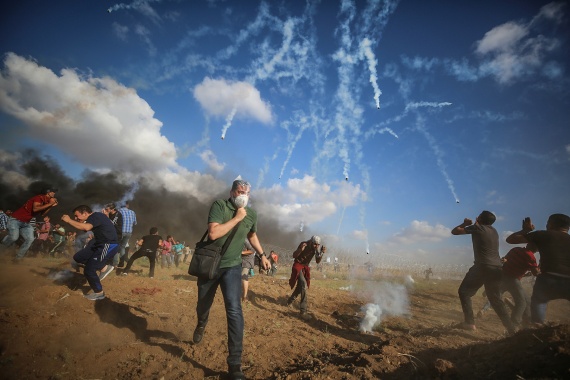 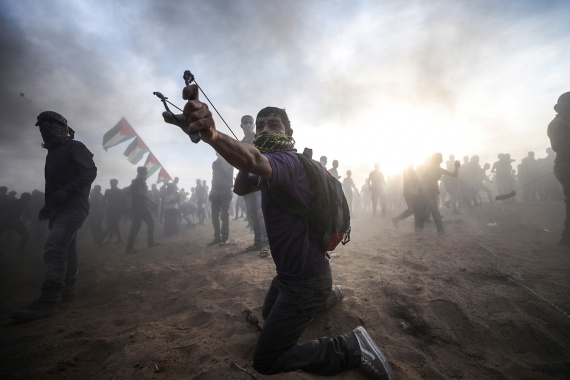 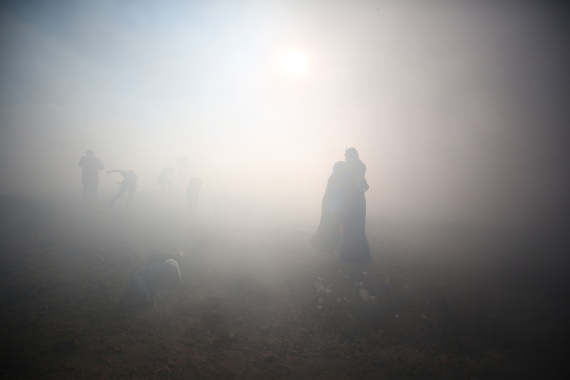 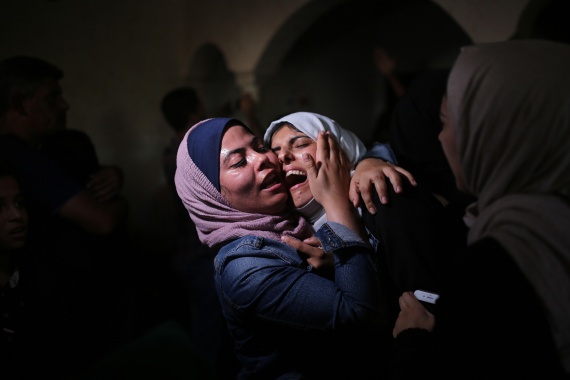 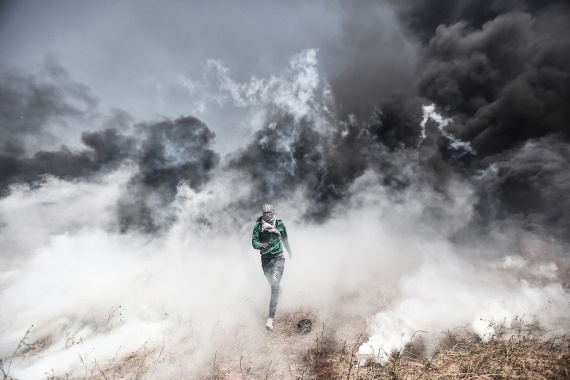 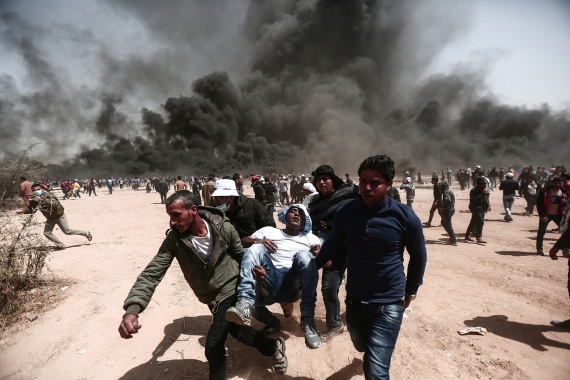 It is a conflict that no one has known how to resolve so far: the hostile tensions between the Arab and Israeli populations of Palestine. It is the land of the Bible – and the conflict today seems barely less archaic than the endless series of skirmishes, wars and other atrocities in the Bronze and Iron Ages described in the Old Testament.

“Between equal rights, force decides” – and it does not seem to make any difference whether they are legally legitimate or only imagined rights; or a mixture of both. The concept applies when talking about the length of a working day, as is referred to in the afore-mentioned quote by Karl Marx; or the tension between Ukraine and Russia over the Crimean Peninsula. It also applies to the on-going, over seventy-year, conflict between the Arab and Israeli populations of Palestine dealt with in this series – a conflict that seems to get tougher, more bitter and more irreconcilable, the longer it goes on. A call to the Great March of Return on Earth Day, March 30, 2018, mobilized 30,000 demonstrators along the border fence: some peaceful, some militant. The Israeli security forces responded with tear gas and rubber bullets, while sharpshooters dealt with anyone trying to climb over the fence. According to Arab sources, there were at least 15 deaths. Since then, every Monday in the Gaza Strip, there is a demonstration for the right of return.

“Working as a photojournalist in the Gaza Strip is not easy; we report on clashes and war, without international protection for journalists.”

In his “Palestinian Rights of Return Protests” series, Mustafa Hassona documents these demonstrations along the Arab side of the fence, which are generally marked by violence. On October 22, 2018, he captured an image that made him and his series famous, overnight, as it went viral on social media and in the press. It shows the shirtless 20-year-old, Aed Abu Ambro, waving a Palestinian flag in his right hand and swinging a slingshot with his left. The picture reminds many viewers of the famous “Liberty Leading the People” painting by Eugène Delacroix, created in 1830 as an allegory for the French July Revolution of the same year. The symbolic power of the photo goes back even further, however, to the times of the biblical King David myth. When still a young shepherd boy, David used a slingshot to kill the giant Goliath, a military leader of the Philistines who were at the time occupying the area known today as the Gaza Strip. The Arab David against the Israeli Goliath is highly evocative emotionally: however, a prophet would be needed to know where this symbolic exchange of roles will lead. 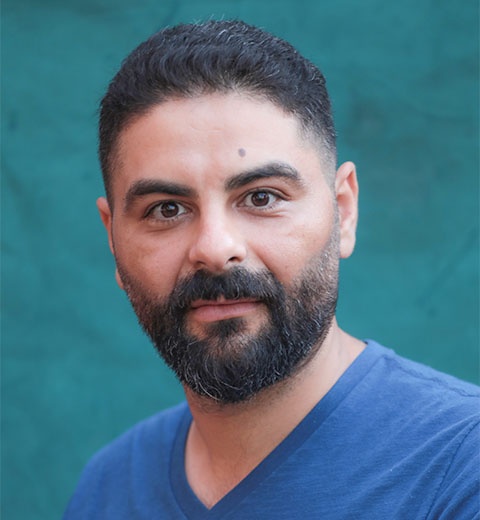 Born in Gaza City in 1981, Hassona completed studies in Media and then worked as a photo editor. He is a self-taught photographer. He has worked for a number of news agencies and is currently working for the Turkish state news agency, Anadolu, assigned to the Gaza Strip. The “Palestinian Rights of Return Protests” series has already earned him third place in the Sony World Photography Awards for professionals, and won him the Lensculture Awards 2019 in the Visual Storytelling category.