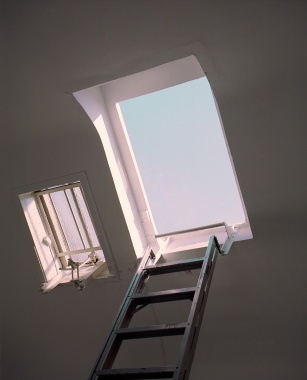 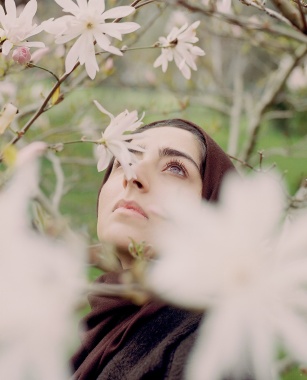 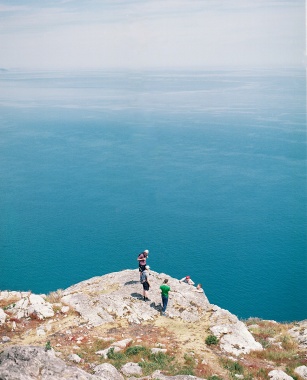 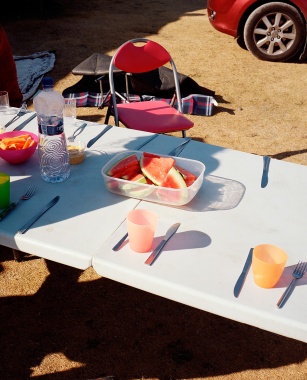 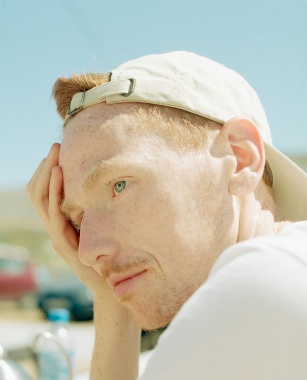 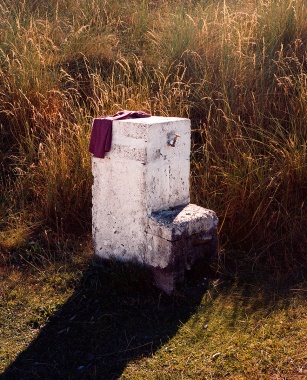 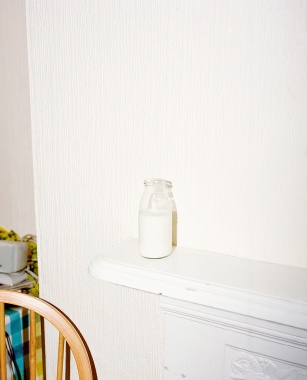 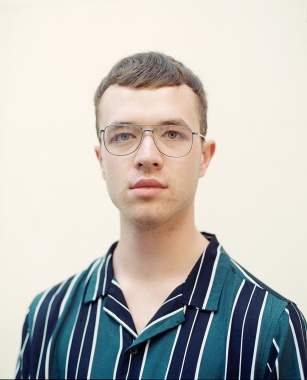 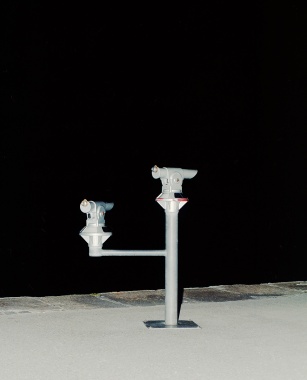 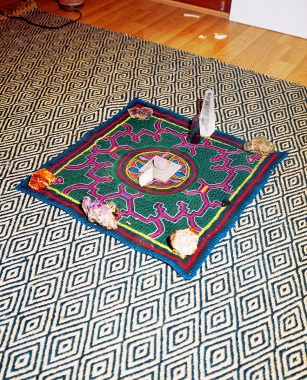 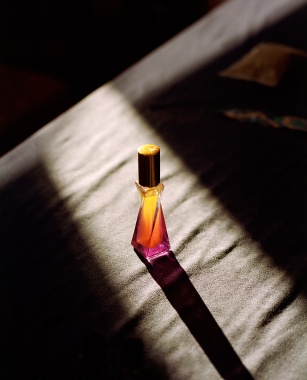 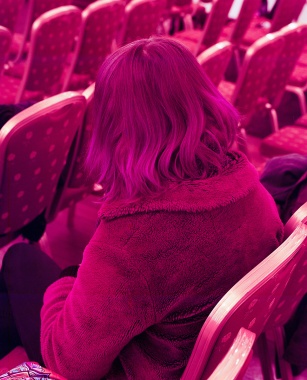 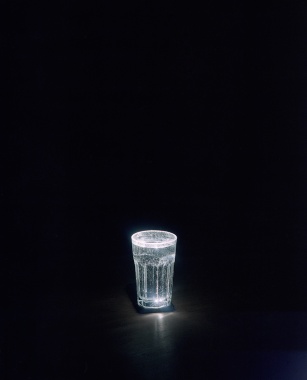 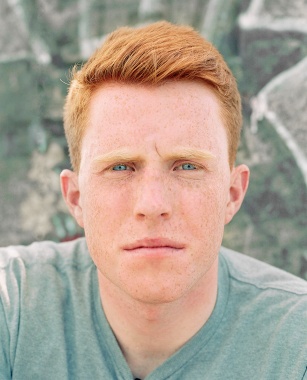 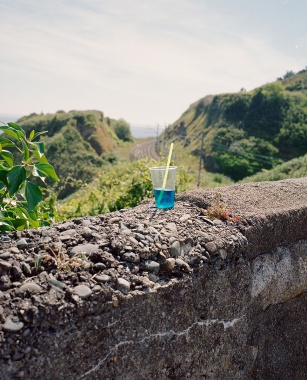 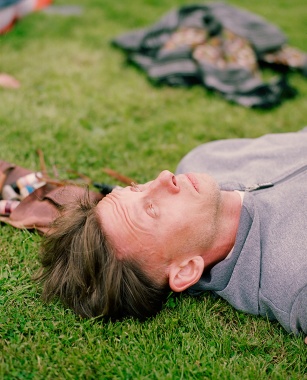 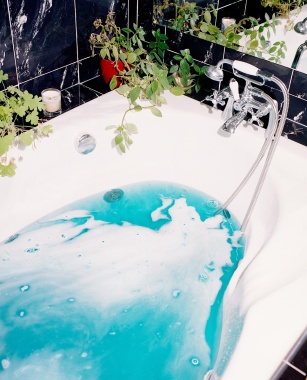 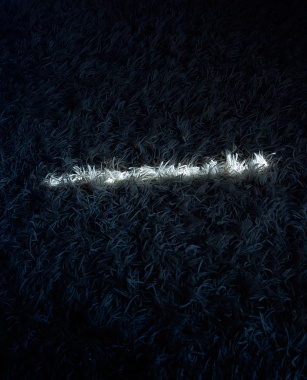 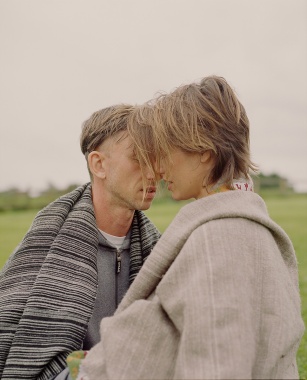 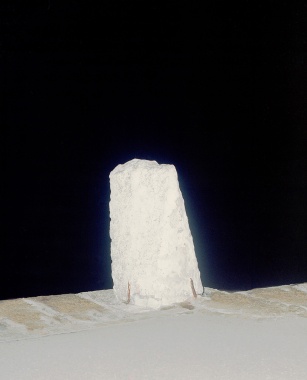 George Voronov – We Became Everything

Feeling, rather than seeing: the Irish photographer’s series aims to encourage others to acknowledge and experience the spiritual worlds of his protagonists. It is a journey into the mysterious realm between reality and non-reality.

In one picture we see a ladder, heading up to the heavens through a skylight. The viewer’s gaze looks upwards from below; from the ground up into the bright blue sky; from reality into infinity. This picture is probably the best example of the project of which George Voronov says, “I was fascinated with the belief, shared among all the people that I photographed, that there is a spiritual world existing in parallel with the material world which we all see around us.”

“The crucial thing about this project is the fact that all the people I photographed have a fundamentally different spirituality and world view. However, they are united by a common desire for enlightenment.”

“We Became Everything” is a series about emotions; about the knowledge people attain, when they give themselves to a spiritual practice; when they leave their familiar earthly existence to dive into a new and transcendental one. The Irish photographer’s analogue photographs show people who have set out on a path that unites them in their desire for a religious experience. Voronov spent a lot of time with these spiritual seekers, having intimate conversations and building up personal relationships. Before he took any pictures, he wanted to be as close to them as possible, as vulnerable as they are. As far as he is concerned, it was not just a matter of images or straightforward documentation. “Rather than simply depicting different religious retreats, rituals, and the people who partake in them, I wanted to use the medium of photography to give the viewer a sense of what a religious experience actually feels like,” he explains.

To achieve this, the photographer spent three years travelling around Ireland. In the predominantly Catholic country, he researched and tried to find other religious and spiritual groups. The idea for his project came after he himself had a spiritual experience in Nicaragua. During a Temazcal ceremony there, he spent a number of hours in a sweat lodge. He left it feeling both relaxed and cleansed.  “I was stunned by how overwhelming and transformative the experience was,” he comments. “It got me thinking about the power of rituals and spiritual experiences.”

A man lies on the grass with eyes half-closed; a woman looks through flower blossoms, towards the clouds beyond; a couple lean tenderly towards each other. In his pictures, Voronov captures moments that appear both fleeting and eternal; moments of altered states of consciousness, timelessness and magic. He aims to take pictures that illuminate the mysterious, he explains; sensual images, rich in colours; photographs which offer insight into an enigmatic and mystical existence.

“I have always said that this project has pretty much nothing to do with religion or theology, and everything to do with the broad concept of spirituality. It’s about people looking for answers, and trying to find them through their pursuit of heightened experiences.”

Voronov states that working on this project has changed him. He has recognised that an image can fundamentally transform a perception of the world, and make a banal object appear fantastic. With his series, he wants to convey what he has learned through practising photography: the idea that sometimes finding little moments of beauty can be the key to a better, more joyful life. 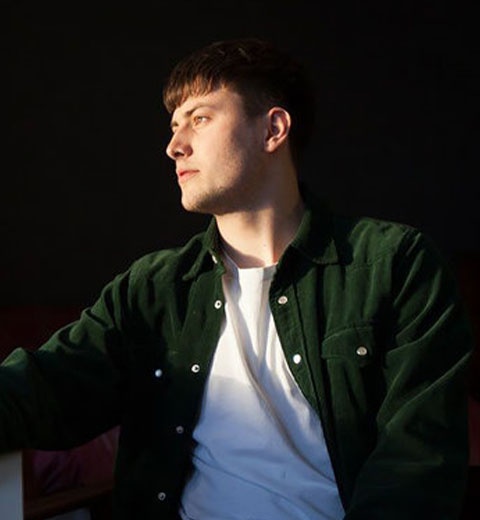 George Voronov was born in Russia in 1993. He moved to Ireland when he was six years old, and lives today in Dublin. He is an art and documentary photographer, and co-founder of Junior, a photo magazine for contemporary Irish documentary photography. His projects concentrate on exploring cultures and rituals. He is now planning a project about his land of origin, about his family, his relationship to Russia, and the idea of a “homeland”.