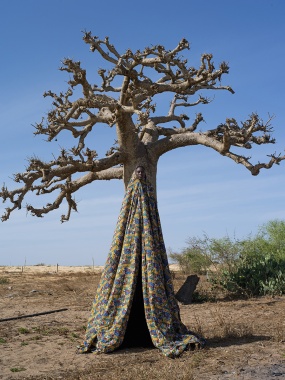 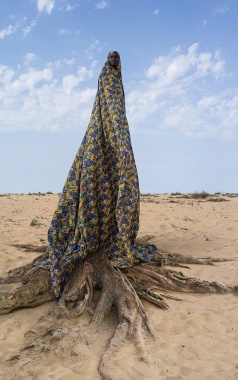 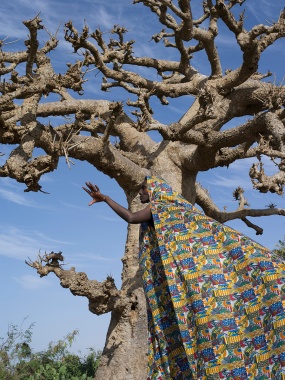 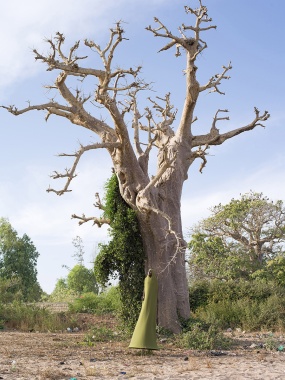 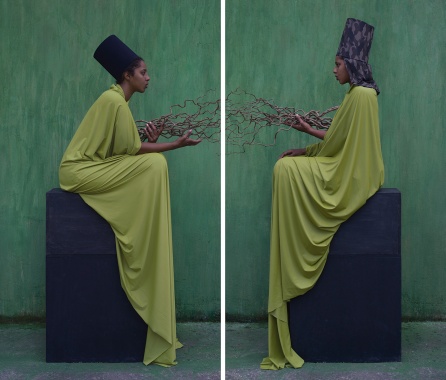 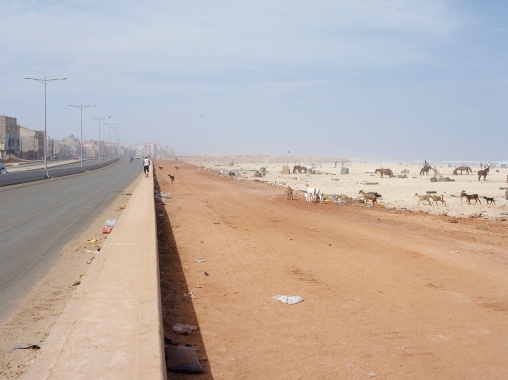 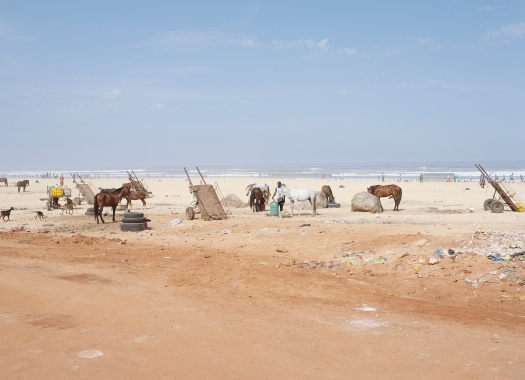 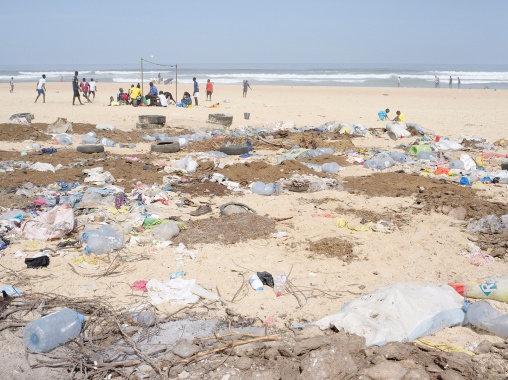 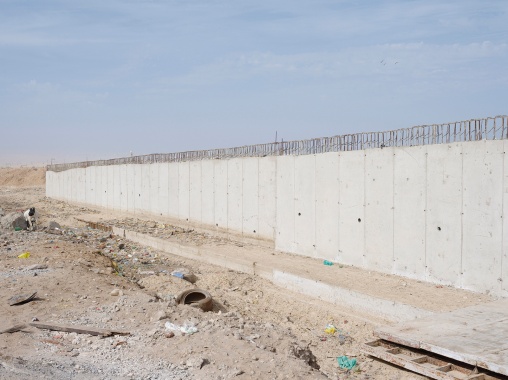 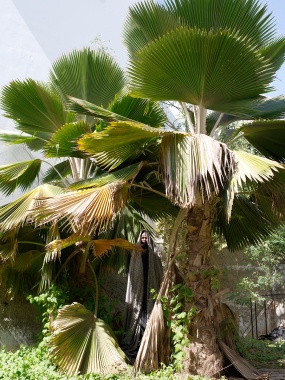 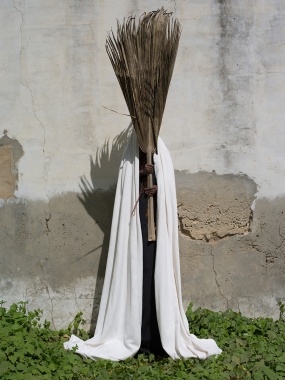 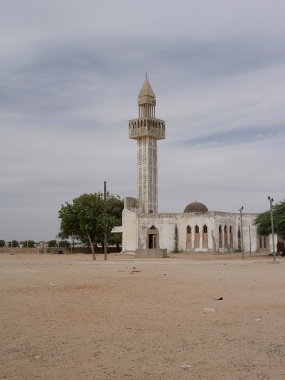 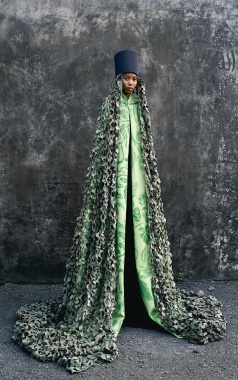 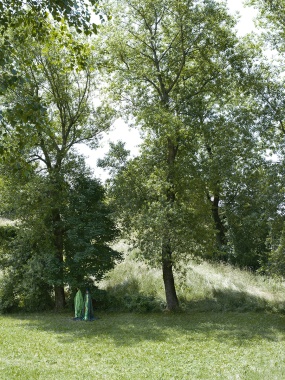 The multi-media artist creates metaphors to express the spiritual connections between people and all that is. With her “Beyond the Border: A Journey to Touba” series, she places the emphasis on people and their relationship to the environment, conveying a strong message in the process: we have to find a new way of dealing with each other.

What do a Baobab tree, the impression of a figure wrapped in traditional African fabric, and juxtaposed landscapes littered with rubbish, have in common? The key to the answer lies in understanding what Maïmouna Guerresi is concerned with – in both the intellectual and the spiritual sense.

Born in Italy, the daughter of a religious Catholic family, Guerresi converted to Sufism in 1991. Her work deals with our common humanity in the sense of a spiritual and mystical dimension beyond psychological, cultural, religious and political limitations. Speaking of her approach, the artist says, “My work expresses itself in the spiritual realm, but it always sheds light on the reality we live.”

“The biggest challenge is to enact a metamorphosis that transfigures the quotidian into the sacred.”

Guerresi developed the idea for “Beyond the Border: A Journey to Touba”, while staying with her family in Senegal, on various trips between her family’s home in the capital of Dakar and the holy city of Touba. Touba is the second largest city in Senegal – and the photographer’s spiritual home. “In Senegal, spirituality – nurtured by faith – is able to alleviate, through hope, the difficulties of daily life,” Guerresi says.

Her series focuses on the connection and mutual dependence between people and nature. “Humanity and nature are intimately interconnected. Each person is connected to everything that exists on earth. It follows that the fate of our planet is influenced by the actions of individuals. The relationships between humanity and nature reflect the relationship with oneself, with one’s own inner. Thus, the desertification of the natural environment corresponds to the spiritual desertification of the inner life of human beings,” she explains. Her work reveals metaphors that represent this connection and relationship between the inner and the outer: a tree stands for humanity’s relationship to nature; a diptych shows the reflection of an opposite; the cityscapes polluted with garbage indicate alienation from the environment.

For Guerresi, being connected to everything is expressed in reflections: I am you, you are me. “It all goes back to the golden rule not to destroy the other,” the artist reflects; yet, this value is becoming increasingly lost. In her generation, consumerism has replaced age-old traditions, and the balanced relationship between the human individual and biodiversity has been destroyed. Most significantly, the world has developed the idea that when something is no longer good enough, or someone does not meet the standards, the object or the person becomes garbage, in both the material and social sense. “Consumerism has created competition. We need to embrace a more collaborative way of working together. This recognition can spark a movement. We need to spread the word,” Guerresi says, quite pragmatically, then adds, “We need to find a new zeitgeist and idea of how we see the world.” 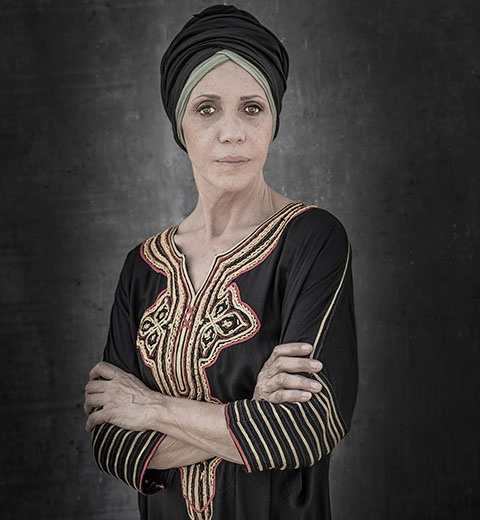 Guerresi was born in Pove del Grappa, Italy, in 1951. In addition to photography, the multi-media artist works with sculpture, video and installations. Her art has been exhibited around the world, since the eighties: including in the Italian Pavilion at the 1982 and 1986 Biennale in Venice; documenta in Kassel in 1987; the Mudima Foundation, Milan in 1999; and at the La Rocca di Umbertide Museum in Perugia.