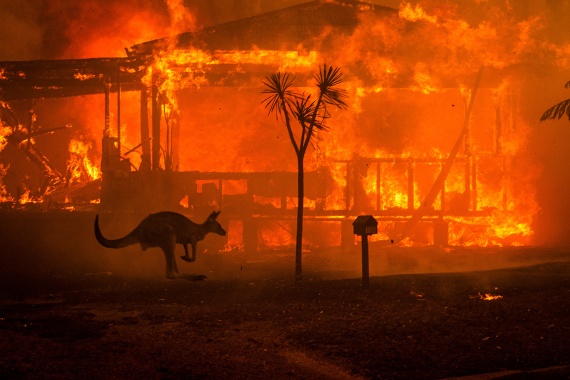 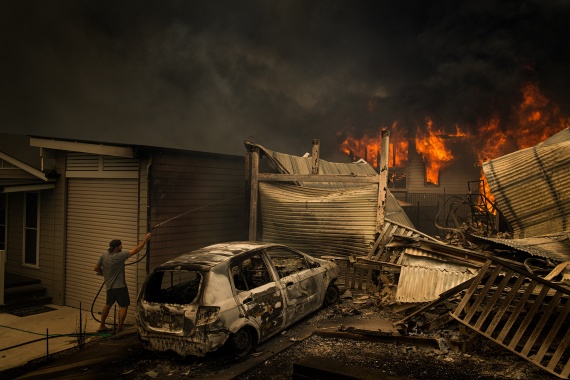 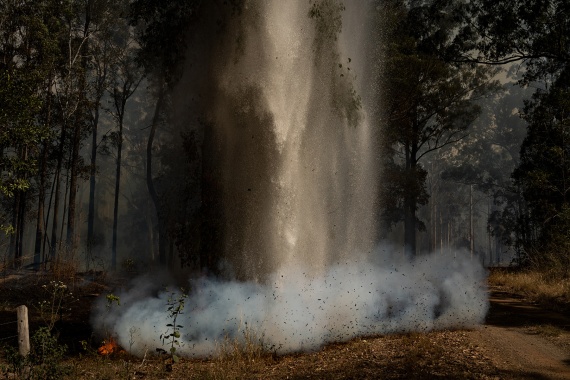 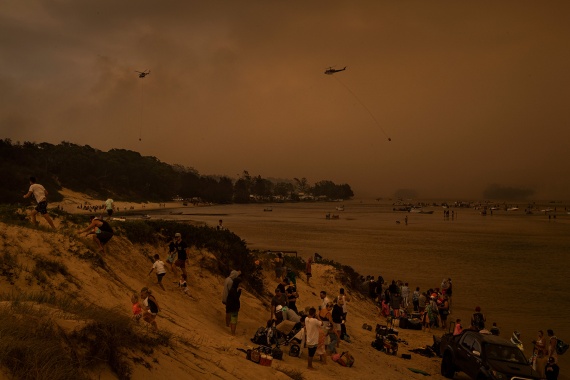 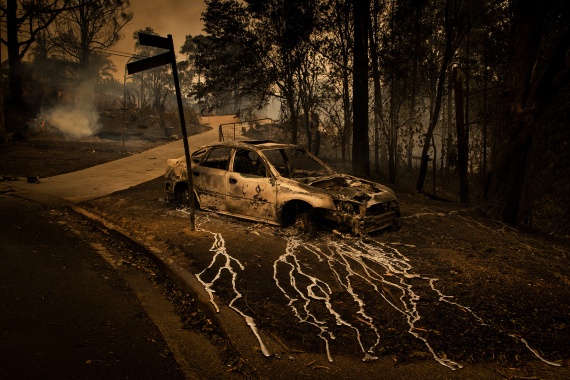 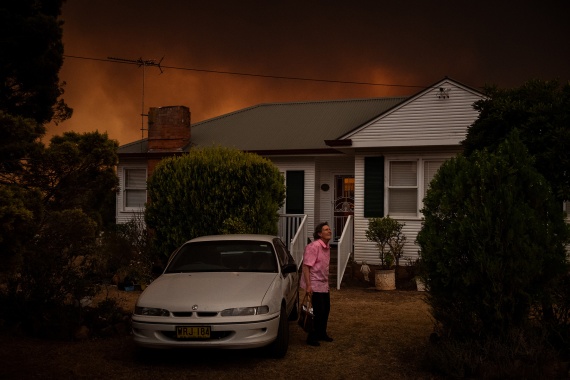 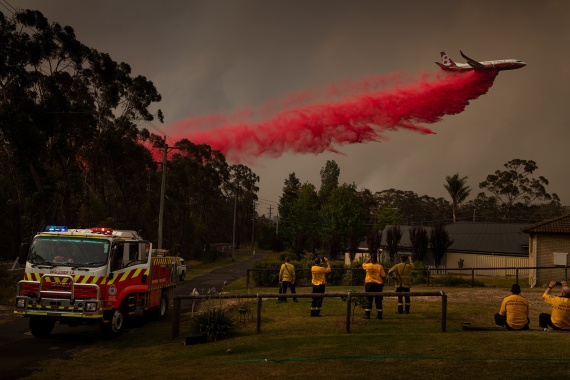 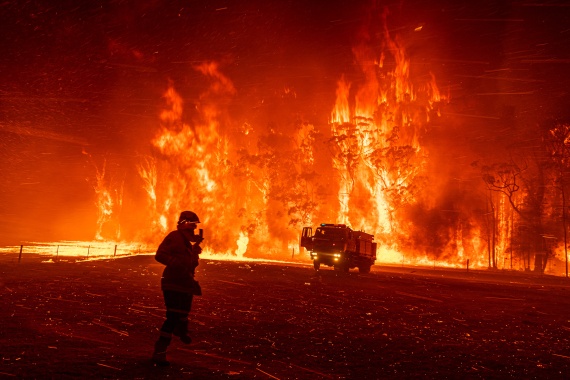 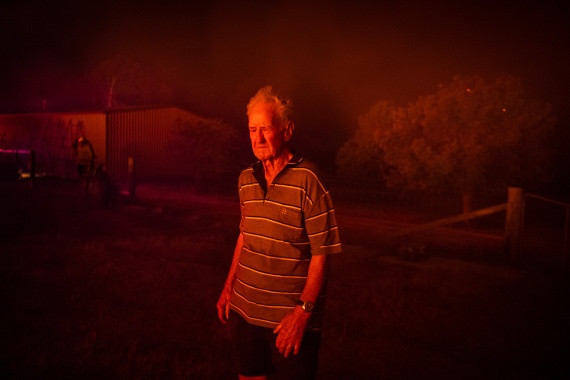 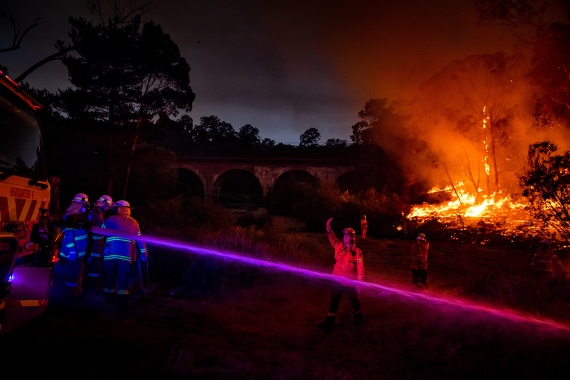 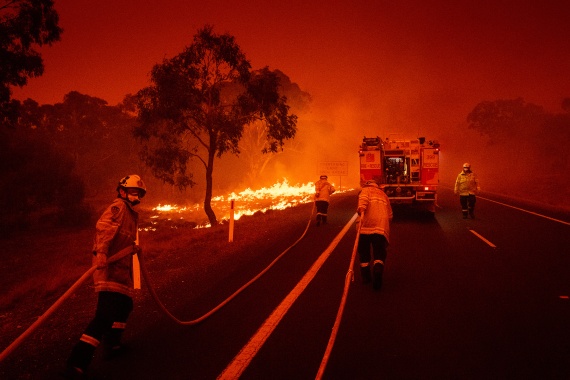 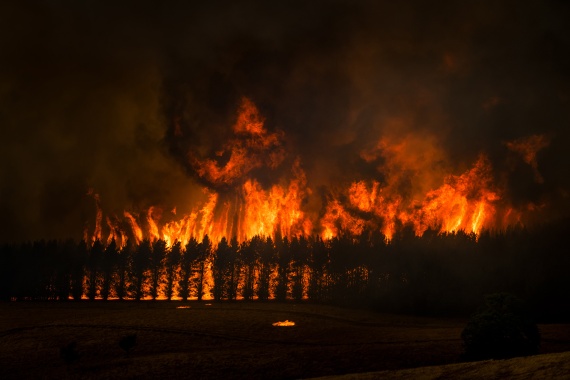 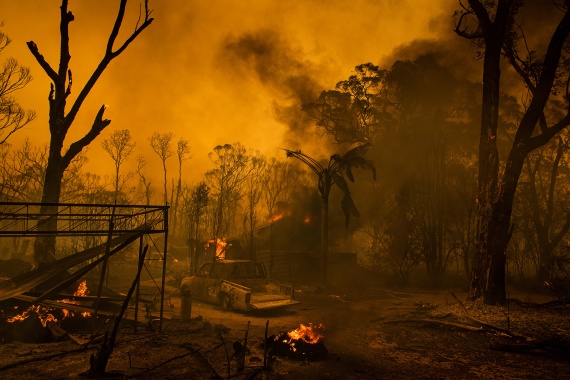 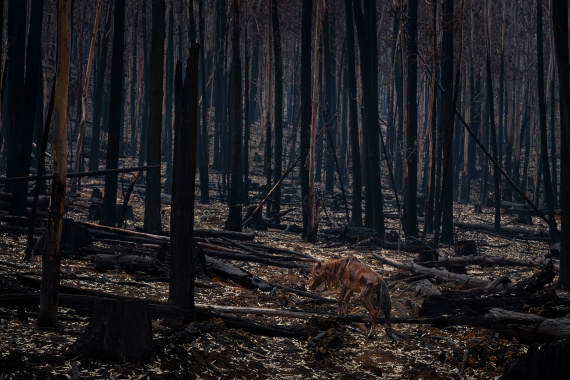 From June 2019 to March 2020, devastating bush fires raged in Australia. After taking a crash course at the fire brigade in Sydney, Matthew Abbott returned, time and again, to the heart of the fire zones. He was not aiming to capture new images of the fires, but rather to document the consequences of the catastrophe. His motifs speak of panic, stoicism and tragedy.

The most recent bushfire season in Australia will go down in the country’s history. It became known as the Black Summer long before the fires were out, and this became the title of Abbott’s series. The black summer left behind charred animals with faces distorted by pain, cars that look like carcasses crying tears of lead, deathly-silent forests of charcoal, and swimming pools that now seem grotesquely out of place. Matthew Abbott took pictures of the drama from up close, and in a manner to make your breath falter. It is as though you can feel the heat on your skin; the smoke and fumes appear painfully real. The series conveys a deep empathy for all the victims of the catastrophe. 34 people died among the flames that reached over 100 metres high. It is reckoned that 186,000 square kilometres of land were destroyed, along with 6000 buildings, and close to three billion animals -- among them species already threatened with extinction. To date, the resulting pollution in the air has claimed more victims than the fire itself; it is impossible to calculate the numbers of people suffering from pulmonary illnesses and long-term damage to their lungs, as the statistics are still incomplete.

“I want people to see the devastation caused by these events, to encourage people and their leaders to act now, while there may still be time.”

After a number of weeks training with the fire brigade, Abbott took his cameras and headed for the fiery hell. “As a photojournalist, I’m not interested in just documenting fire. I’m interested in documenting the impact on people, the impact on the environment, the repercussions and consequences of these fires. It’s about the effect on life,” he explains. He has learned that there are usually five or six helicopters circling over a hotspot, and that one load of fire retardant costs around 45,000 Australian dollars. From close range, he photographed retardant as it was being dropped through the air; local residents using garden hoses to desperately battle the fires; and a dying Brumby, a wild horse, stumbling through a blackened forest. His picture of a kangaroo in front of a flaming building immediately went viral. This iconic motif has the potential to remain anchored in the collective memory as representative of the subject of bush fires.

“It’s the first time everyday Australians were affected by climate change,” Abbott clarifies. Australians have always been known as casual and optimistic people; but the fires put a damper on the nation. Then, Covid-19 followed right behind. “After months of the devastating bushfire crisis, anxiety and trauma had taken hold,” Abbott remembers. “People were asking the question: ‘Is this the new normal?’ With global temperatures continuing to rise and Australia warming more than most, the country is both responsible for what’s happening – as a major coal exporter that refuses to aggressively cut emissions – and a victim of the world’s inaction. The world’s new normal is an era of everlasting and intensifying fire. Australia is where it all begins.” 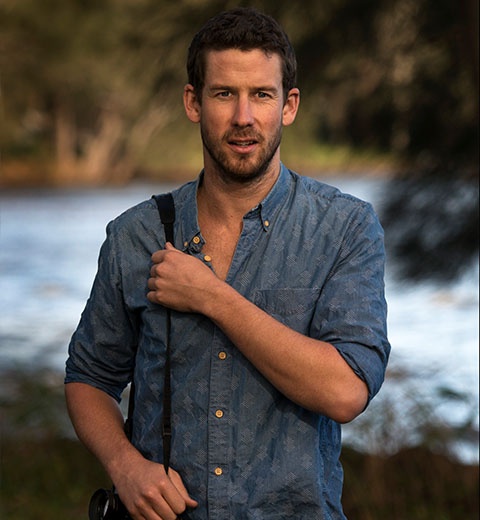 Matthew Abbott was born in Sydney in 1984. He studied International Photojournalism at the Danish School of Journalism in Copenhagen and has a Master of Arts from the University of Sydney. He photographs and writes regularly for The New York Times, and has received a number of awards for his work. His “Black Summer” earned him second place in the 2020 World Press Photo Spot News category. He is represented internationally by Panos Pictures in London, and is currently a member of the Australian Oculi Collective.