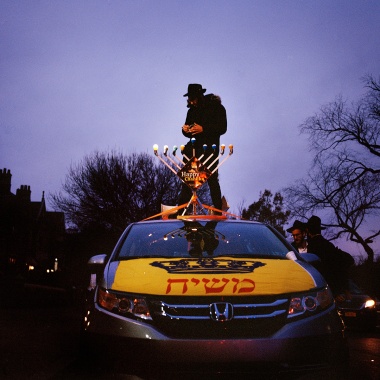 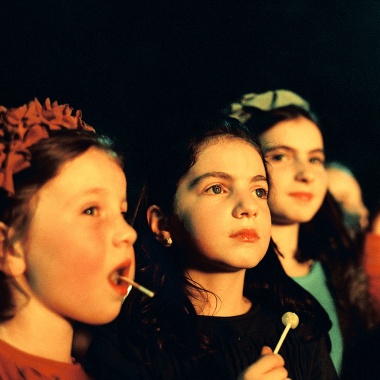 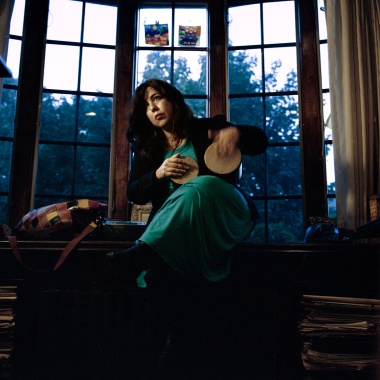 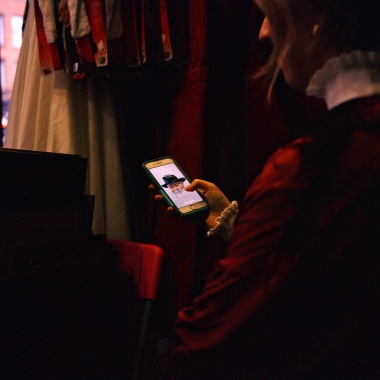 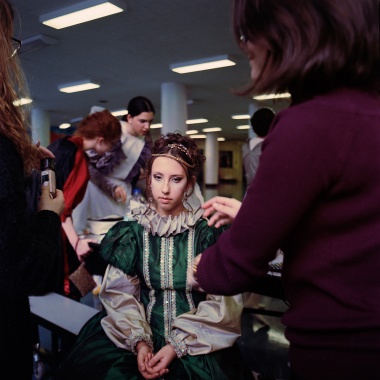 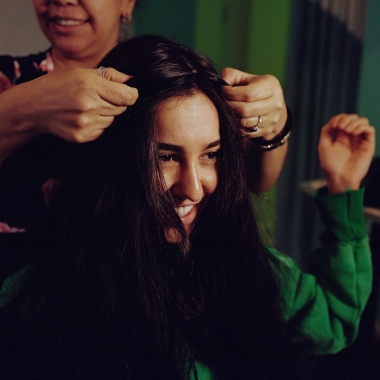 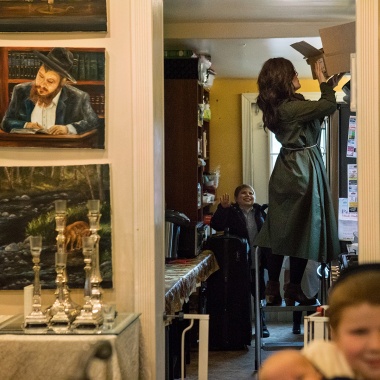 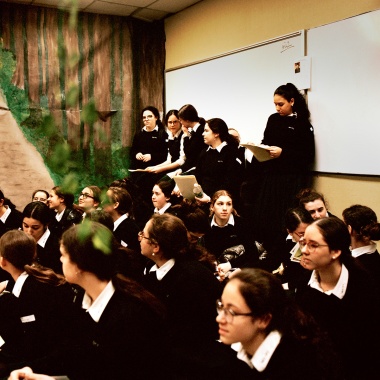 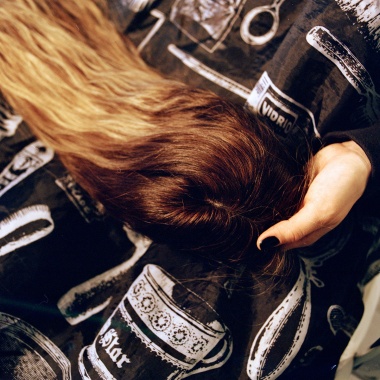 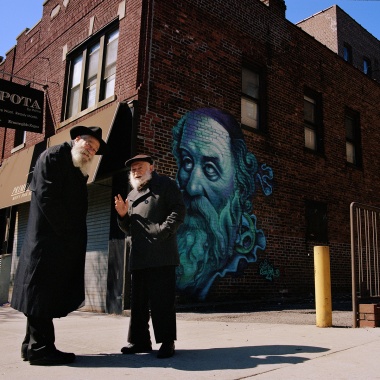 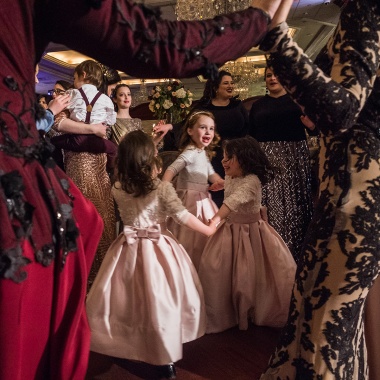 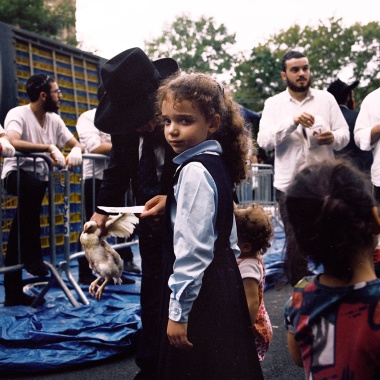 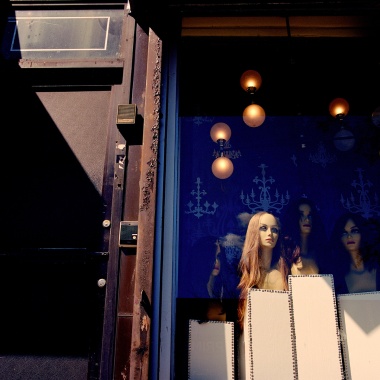 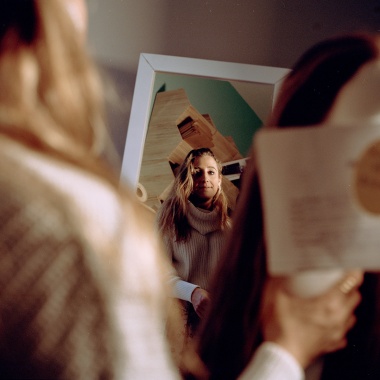 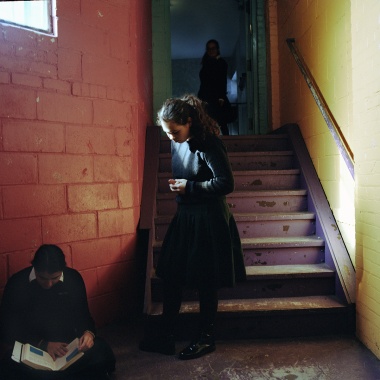 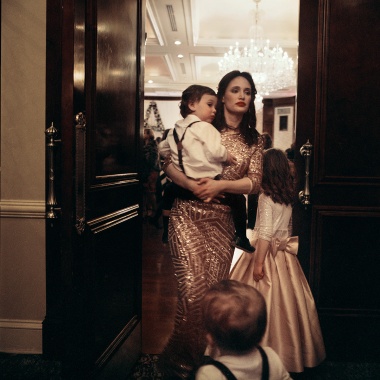 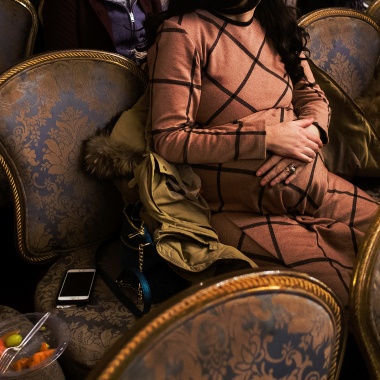 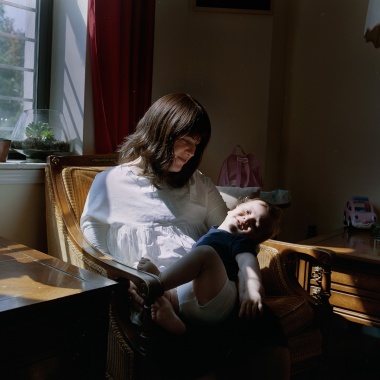 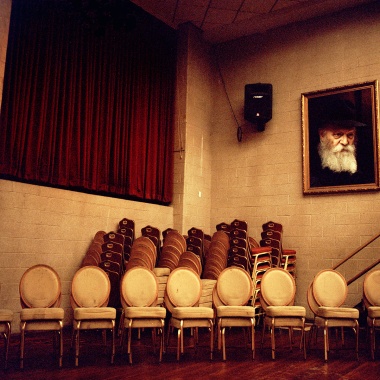 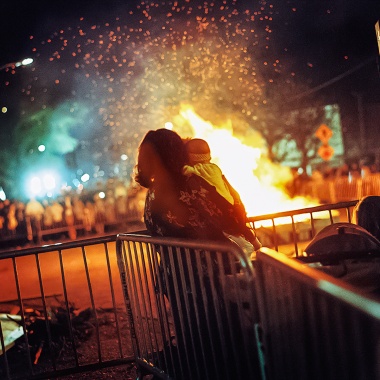 The photographer’s long-term project documents the lives of women belonging to the Chabad-Lubavitch Movement (Chabad), a Hasidic Jewish community in the Crown Heights neighbourhood of Brooklyn, New York. As an observer, Pulwer explores experiences of femininity and motherhood within a strict orthodox setting. The outcome is an intimate glimpse into a parallel world, caught between security and isolation, the past and the future.

The heart of life in the New York City borough of Brooklyn beats at a different rhythm than everywhere else in the Big Apple. This district is home to many Hasidic, ultra-orthodox Jews. Hasidic customs hail from the 18th century, and daily life is ruled by hundreds of laws. Among them are the most obvious ones, separating the world of the men from the world of the women. The men wear hats; the women wear wigs. For outsiders, this cosmos is the world of the Seven Seals. “I wanted to take a community that is considered oppressed, and show the large spectrum of women, their opinions and thoughts. I believe that maybe we can realise that we all have much more in common than we think,” says Sharon Pulwer, herself a Jew, but one who grew up without a religious upbringing. Establishing contacts, so as to be able to have access to the Chabad – a Hasidic group within orthodox Judaism – took a great deal of care. The heart of this community today is located at Crown Heights in Brooklyn. Rabbi Menachem Mendel Schneerson (1902–1994) led the Chabad movement from 1950 until his death. His picture is on display everywhere and, to date, he has been succeeded by no one.

“I had a lot of questions about their life and the tensions between religious ‘roles’ and personal freedom.”

Even though outsiders may consider the Hasidic lifestyle rather old-fashioned, efforts are underway to make reforms that are in line with the times. The Chabad community is allowed to use the internet and have smartphones; secular education is common; and, contrary to the dogma of modesty that requires not appearing in pictures, women are allowed to be photographed. They may also wear make-up. In the Chabad community, many women share their lives through social media. The first Hasidic girl rock band was founded in Crown Heights. As is normal among orthodox Jews, women’s hair is shaved on the day they get married and is replaced by a wig, known as a sheitel. Among the Chabad, these wigs are considered fashionable accessories. “Some of the women who sell the wigs, called ‘Sheitel Machers’, are seen as glamorous style icons, and maintain well-curated Instagram accounts,” Pulwer observed.

The pictures in her „God Fearing Women“ series were taken between 2017 and 2019. “I wanted to provoke a conversation about what it means to be a religious woman and maintain a traditional lifestyle in the 21st century.” Pulwer elected to capture her images using warm lighting and a colour scheme bathed in tones from yellow to orange. Her approach was also rather unusual: “I felt a lot of their life is about lifestyle. I wanted to show beauty and elegance, so I thought about how fashion photographers would photograph the topic. I was trying to intertwine reportage with fashion photography.” In doing so, Pulwer succeeded in dispelling any possible resentment, and managed to reveal the conservative values of the Chabad community in a new light. 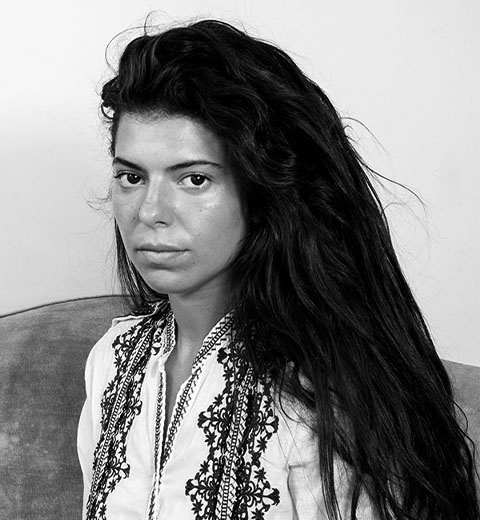 Born in Tel Aviv in 1995, Pulwer served as a journalist for the Israeli Defence Forces from 2012 to 2015. She was a Legal Correspondent for the Israeli newspaper Haaretz, from 2015 to 2017. In 2018, she completed studies of Documentary Practice and Visual Journalism at the International Center of Photography (ICP) in New York. She has also worked for The Washington Post and The New York Times.