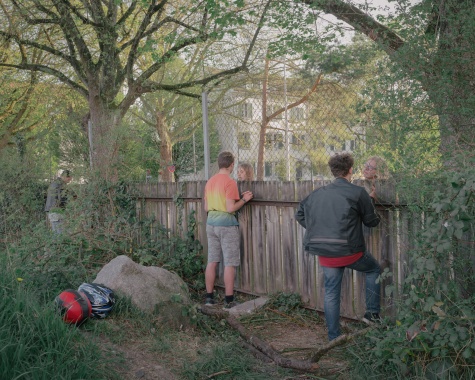 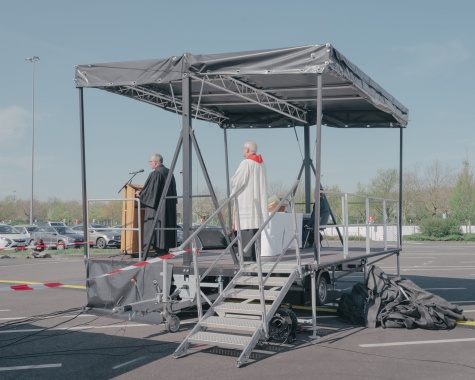 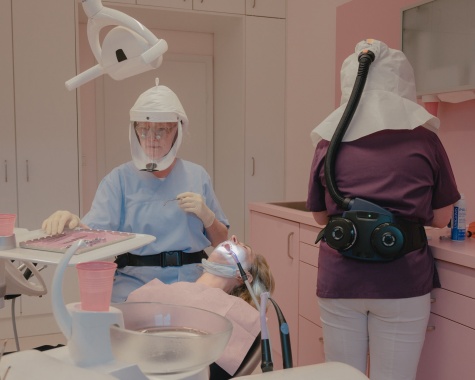 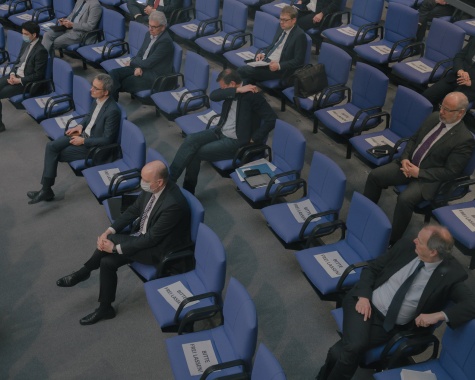 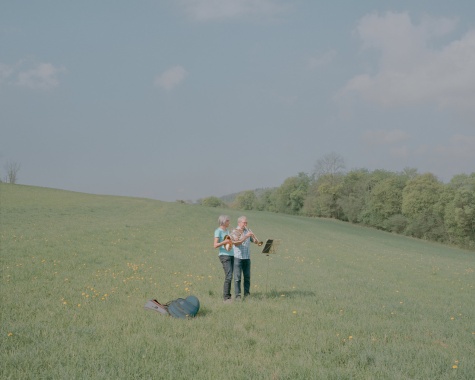 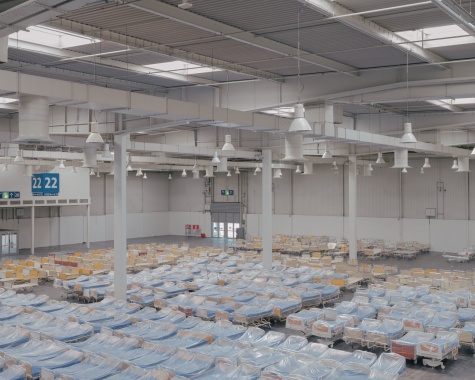 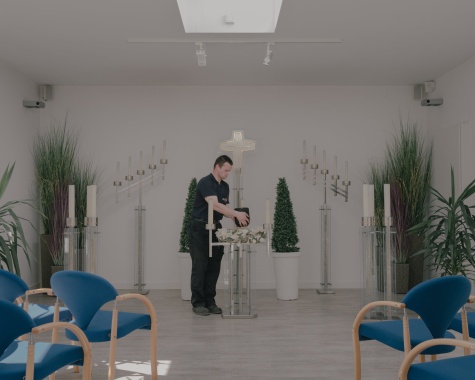 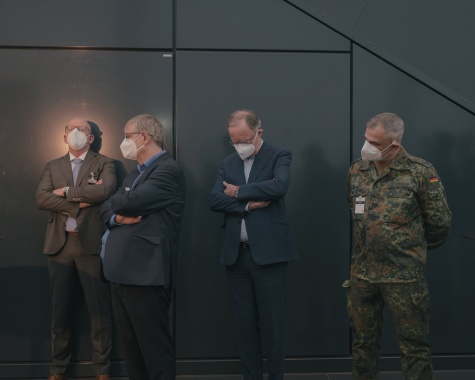 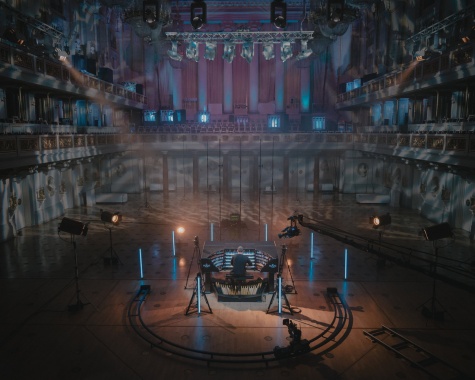 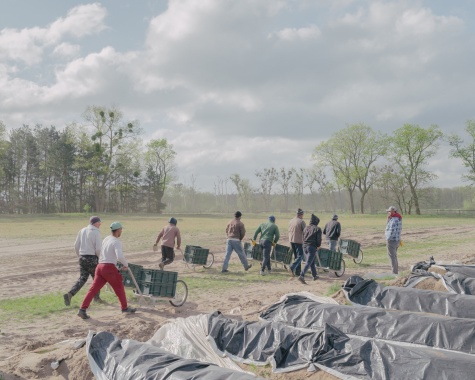 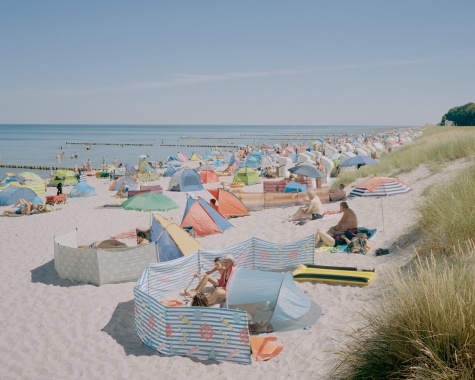 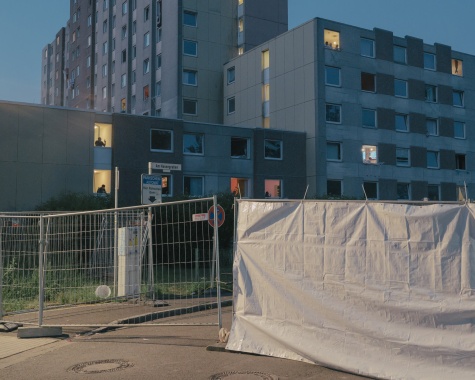 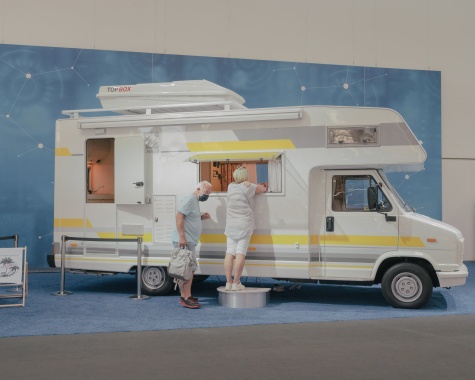 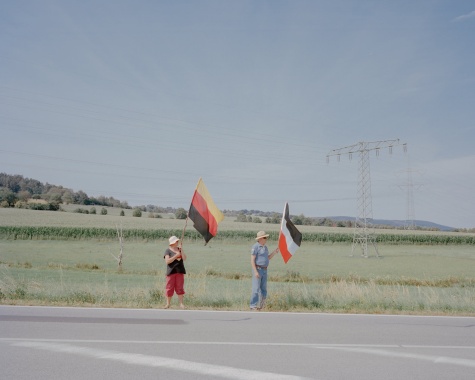 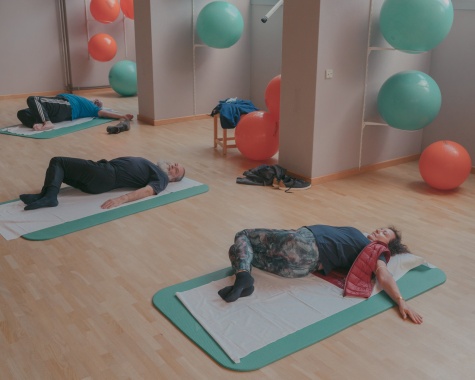 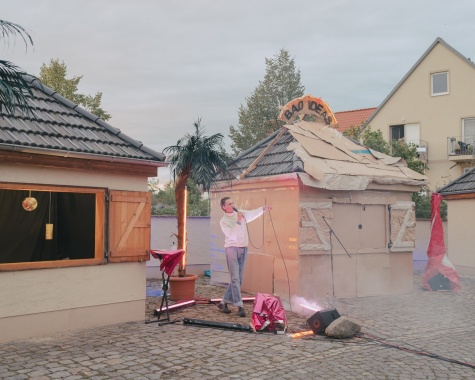 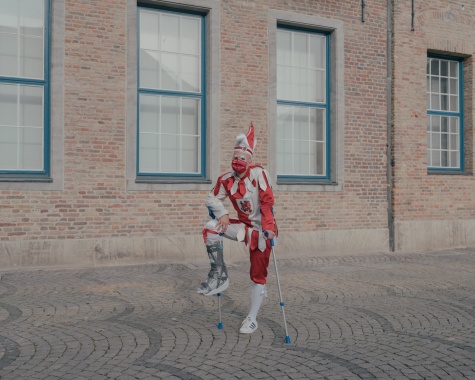 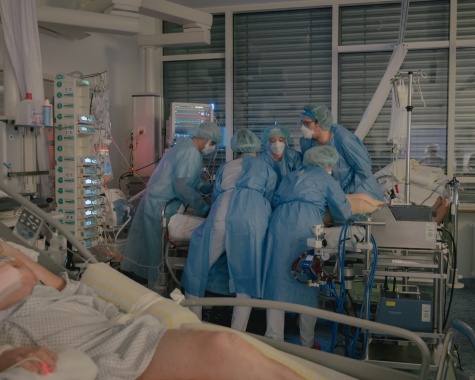 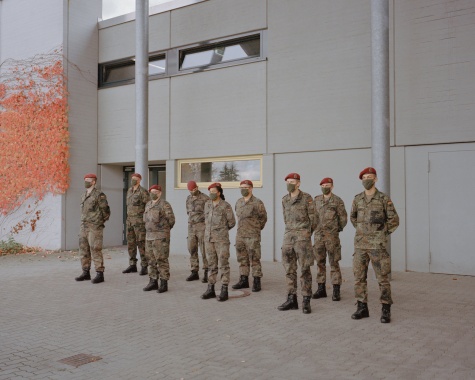 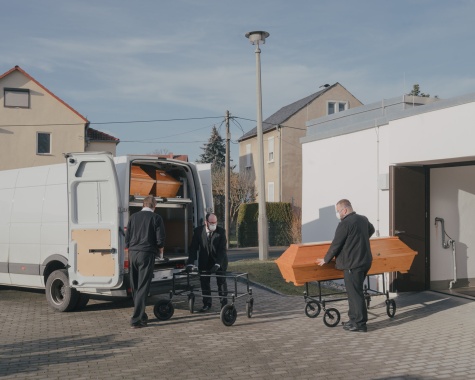 Ingmar Björn Nolting – About the Days Ahead

The Corona virus disease started spreading through Germany as of mid-March, 2020. Shortly afterwards, Ingmar Björn Nolting began a road trip. He travelled 25,000 kilometres up and down the Republic, capturing emotional scenes with his camera from a country in a state of emergency. His pictures appear like fading memories – both personal and iconic.

An undertaker places an urn on a stand in front of rows of empty chairs; two flag-waving protesters stand virtually unnoticed at the side of the road; an organist plays in an empty hall for a live-stream concert; pooling their strength, doctors treat a severely-ill patient. The pictures reveal daily life in Germany, during a state of emergency. The series begins in the spring of 2020, just after the beginning of the Corona virus pandemic. It was a time when panic penetrated deeply into the limbs of society: not only the fear of getting sick from this unknown virus, but also the fear of never reawakening from this science fiction nightmare. It was a time when there was, as yet, no routine; no perspective; and no vaccination. On the contrary, a paralysing fear lay over the country, like a leaden fog.

“Whenever I think about getting sick, I feel fragile and my heart starts beating fast. It has always been like that. When COVID-19 began to spread rapidly around the globe in early 2020, I found myself waking up in a world that felt just as fragile,” Nolting remembers. His reaction to the Corona crisis was experienced like a very personal confrontation therapy: following strict security protocols, he went on a road trip, travelling 25,000 kilometres throughout Germany, taking photographs. He photographed strangers and acquaintances; and soldiers who had been drawn into crisis management. He documented summer scenes on packed beaches on the Baltic Sea coast; and a member of the Bundestag, sneezing into his arm. He also photographed members of his father’s brass band; artist friends at open-air performances; and his aunt having dental treatment.

“Photography gives me a raison d’être, a possibility to connect, and a way to meet people which would have been impossible without photography.”

When taking pictures, Nolting deals predominantly with stories outside his familiar surroundings; though he says: “When the crisis was suddenly so close, and affected us all, I also felt the need to talk about it, personally.” His melancholic images cover a broad range of experiences. They speak of isolation and the fear for one’s life, as well as the longing for an improvised normality. Thanks to a slight overexposure, the carefully-composed pictures often lose contrast and saturation. “This results in a surreal and sterile mood, which refers to the feeling I had at the beginning of the crisis,” the photographer explains. Even though all the shots certainly have an undeniably surreal feel about them, they touch the viewer and convey a lasting sense of unease. “Photography represents the possibility for me to express myself beyond words,” Nolting admits. He has managed to do so in an extremely artistic way in this series: its images are delicate and disturbing, haunting and beautiful. 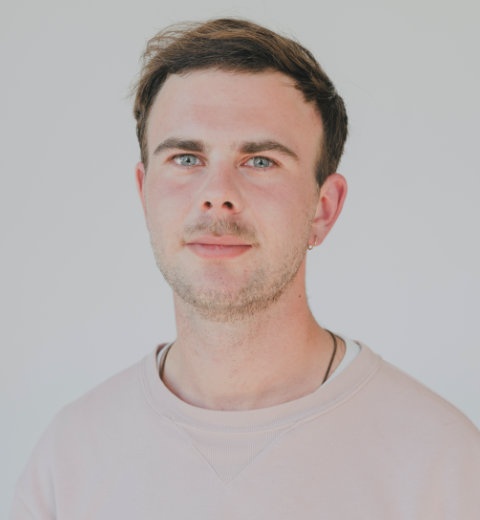 Born in 1995, Ingmar Björn Nolting studied photography in Dortmund. His work and essays explore social, geographical and geopolitical isolation. Nolting is the recipient of a Stiftung Kunstfonds scholarship and a founding member of the DOCKS Collective for humanist photography. His work has been published in TIME Magazine, ZEIT,  GEO, The Guardian, STERN, Brand Eins, SZ Familie, NZZ, and Spiegel Online, among others, and has been honoured with several awards. Nolting lives and works in Leipzig.