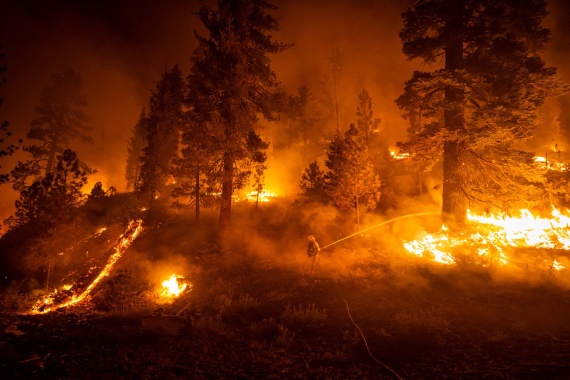 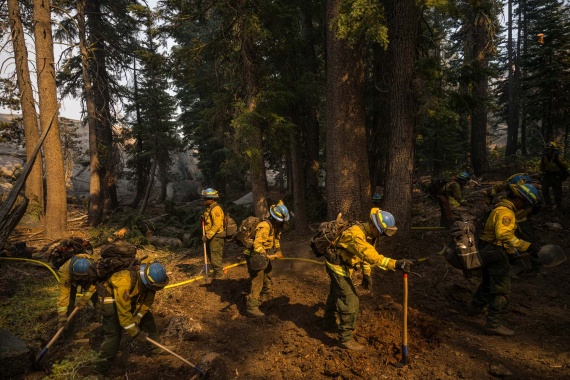 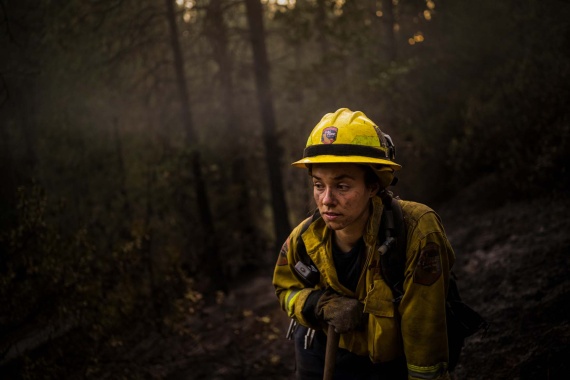 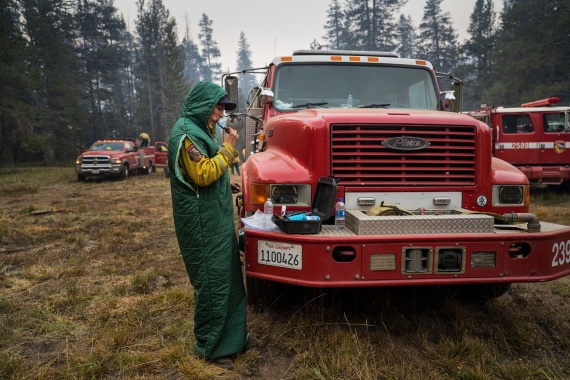 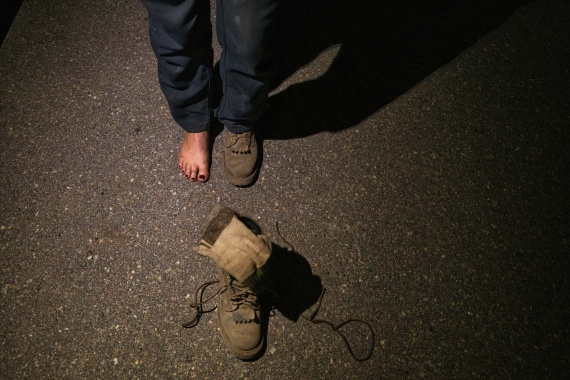 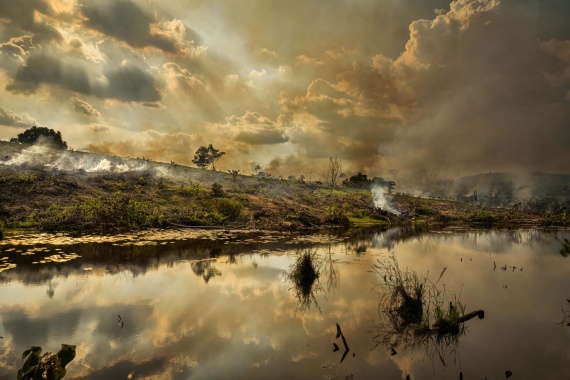 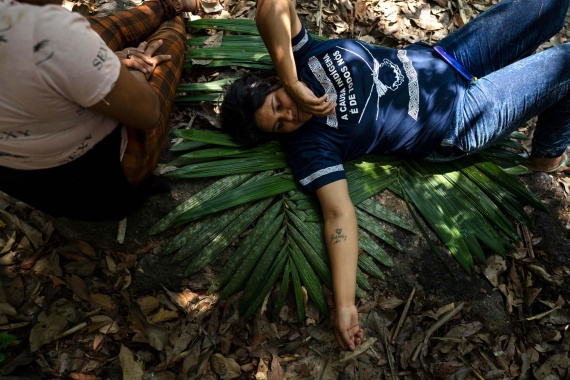 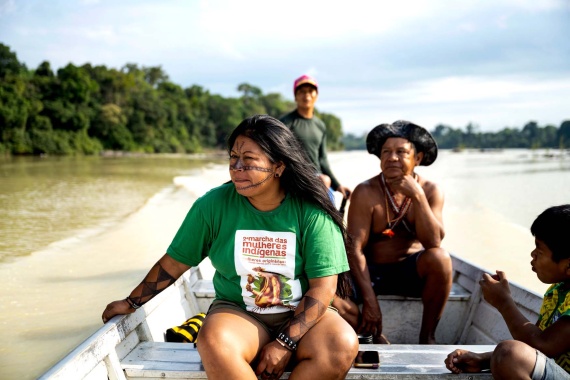 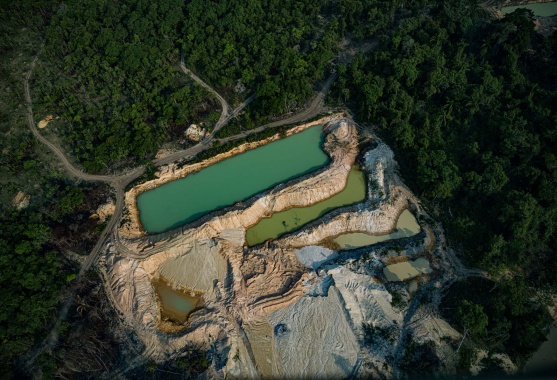 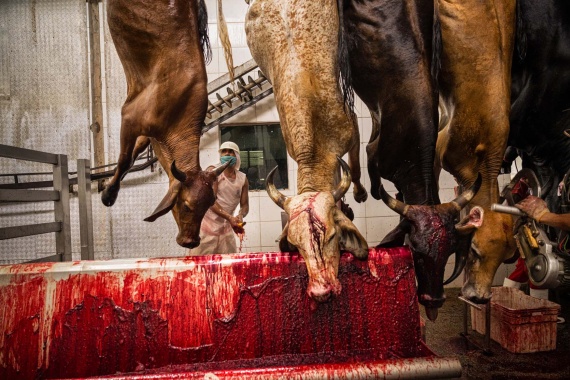 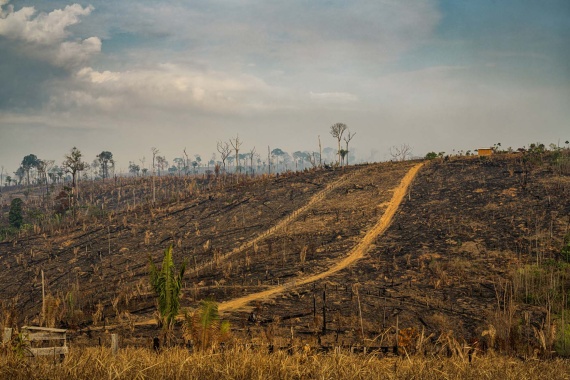 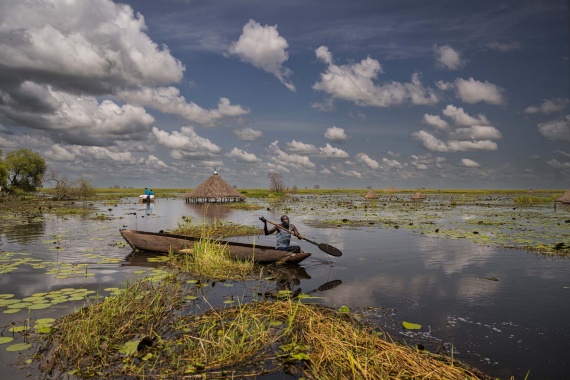 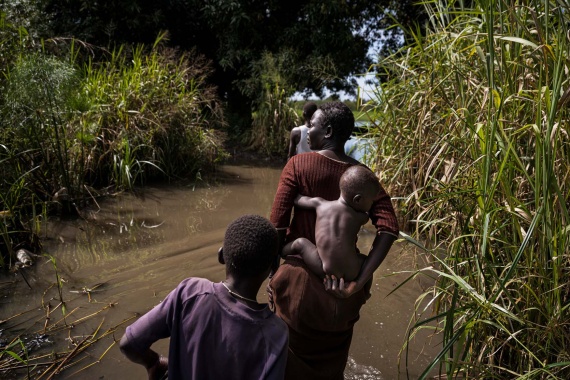 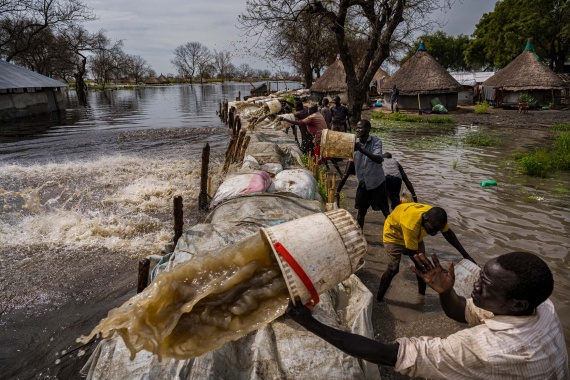 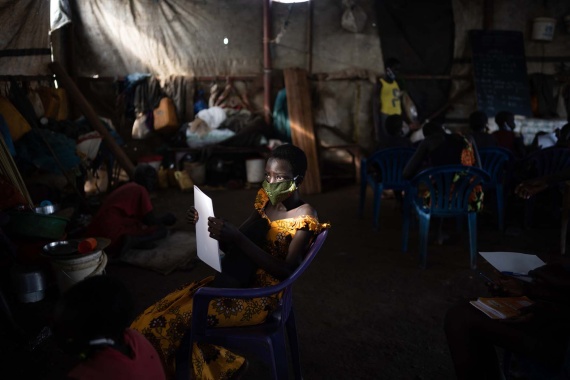 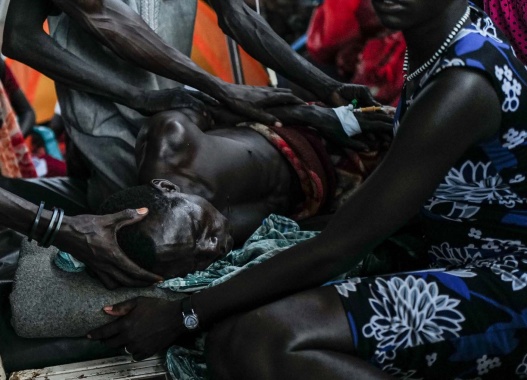 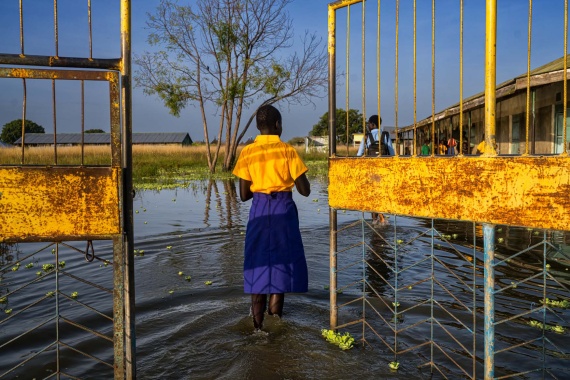 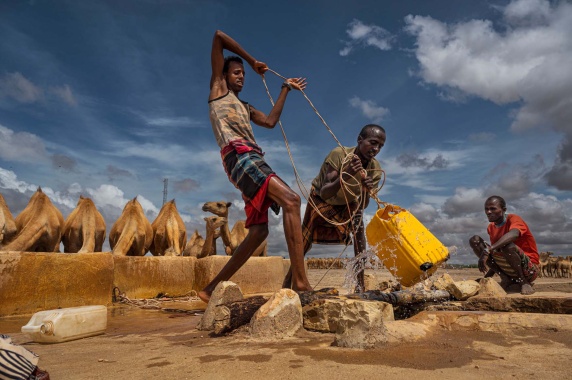 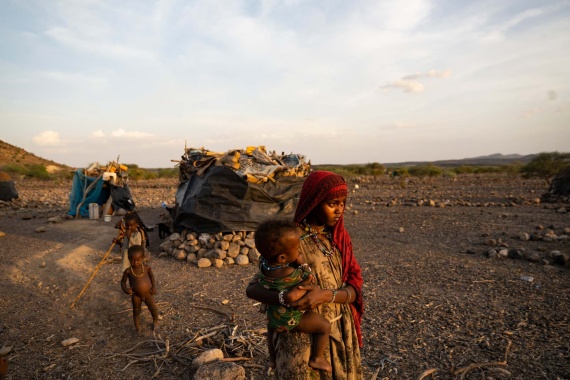 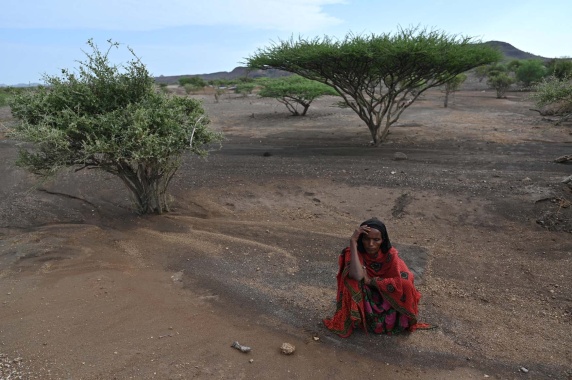 Lynsey Addario – Women on the Frontline of Climate Change

Flooding, droughts, forest fires: in her series, American photojournalist Lynsey Addario captures the impact of climate change on daily life. Her camera focuses on women, from four different regions around the world, who fight against environmental destruction. With rich imagery, bold colours and accentuated sharpness, her photographs aim to inspire the viewer to be more aware of the need to care for the environment.

Alone and looking lost, a person stands in the middle of an inferno: the surrounding forest is burning; flames are flaring; and the fire looks impossible to contain. After fire broke out on July 13, 2021, in California’s 400,000 hectare Lassen National Forest, south of Highway 44, the Cal Fire firefighters needed several months to bring it under control. Lynsey Addario’s pictures were taken on October 2 of the same year; they not only reflect the extent of the catastrophe, but also acknowledge how small and helpless people are in the face of nature. “My goal is to show the reality on the ground, and the devastating effects and threats of climate change,” says the photojournalist. “The only way to truly do this is to experience them – or to get close enough to show how fires, floods, deforestation, illegal mining and changing weather patterns affect us in most aspects of our lives.”

Four different regions on three continents: a National Geographic Society research grant allowed Addario to spend a year travelling around the globe, to document devastating climate disasters and the consequences of economic interests. In Northern California, she recorded the battle against historic forest fires; in the Brazilian Amazon, she accompanied indigenous women working against illegal logging, slash and burn practices, and land grabbing; in the state of Jonglei in South Sudan, she photographed the worst flooding in six decades; and in Ethiopia, she took pictures of the ongoing drought.

“The dangers for myself were the same as the dangers presented to the men and women living and working within these environments; but probably photographing the wildfires presented the biggest risk.”

Fire, water, earth and wind – Addario’s series is an intense examination of climate change, at all levels and in a number of areas. Each story in her portfolio reflects the direct consequences to human existence, due to our disrespect for nature: danger and loss; flight and displacement; disease and hunger. “In terms of the climate series, I aim to inspire people to care more about the environment, and to be more cognizant of the choices they make which affect the environment,” the photographer explains.

“With the representation of women, I wanted to find a specific focus, within the broader category of climate change, to humanise the story more – to give the viewer an entry point, and to try to show the symbiotic relationship between us and our environment.”

Her series centres primarily around women: firefighters, climate activists, mothers. They are the heroes of the stories – tales that reflect the symbiotic relationship between humanity and nature. These heroic women often work in tough professions: they are committed, courageous, strong and militant. Addario approaches them with respect, sensitivity and intimacy; her pictures convey admiration, understanding and loyalty. In one photo, we see Californian firefighter Meglan Enz showing off her painted nails and toe ring, while waiting for instructions on a possible night mission to deal with the raging fire. In an environment of dirt and desolation, wearing sturdy working clothes and fireproof boots, and with the masculine rigour of her job, she is a woman who likes to retain her femininity. 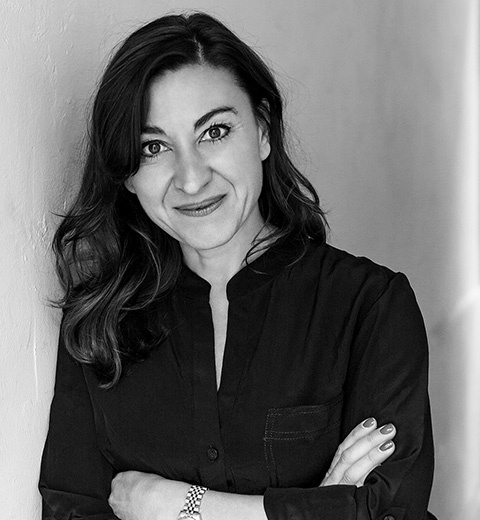 Born in 1973, the American photojournalist works regularly for The New York Times, National Geographic, and Time Magazine. Over the past 15 years, she has covered every major conflict and humanitarian crisis of her generation: in Afghanistan, Iraq, Darfur, Libya, Syria, Lebanon, South Sudan, Somalia, and Congo. Addario has been the recipient of numerous international awards, throughout her career.