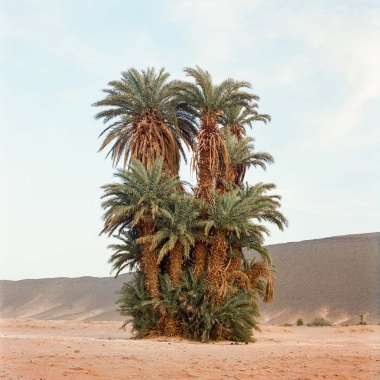 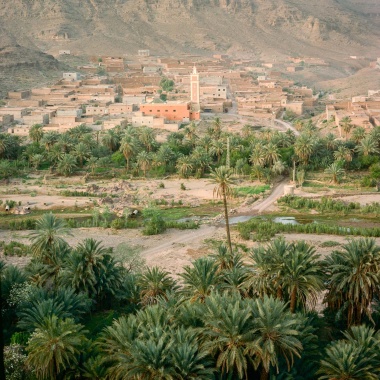 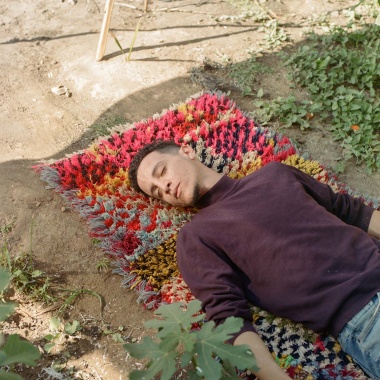 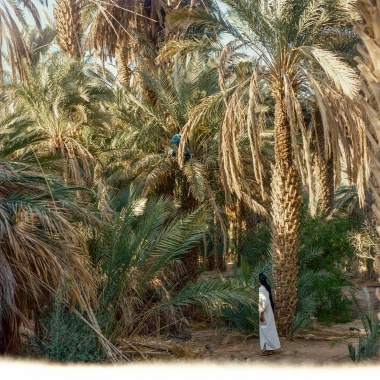 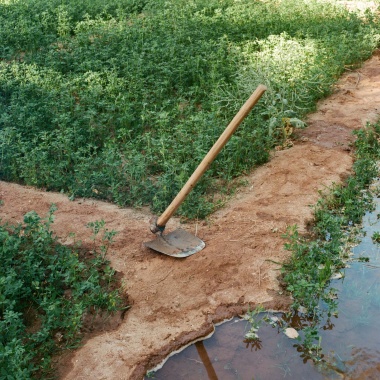 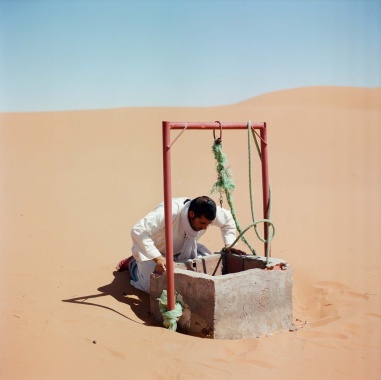 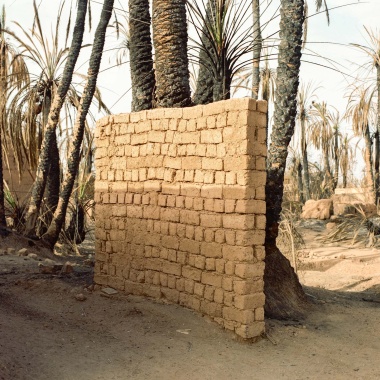 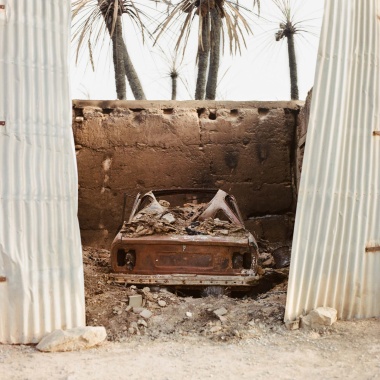 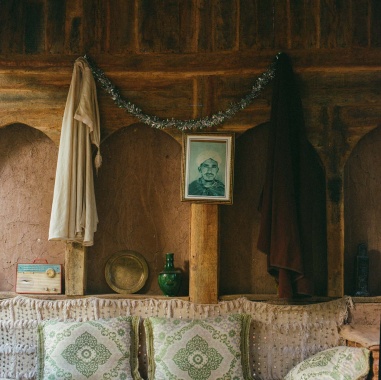 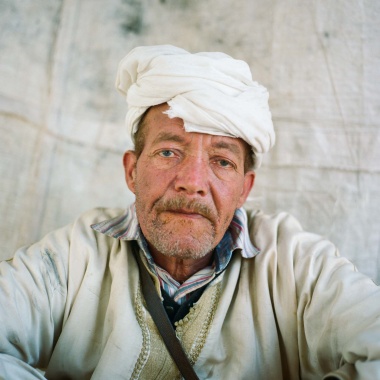 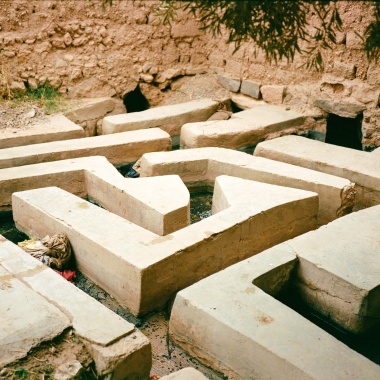 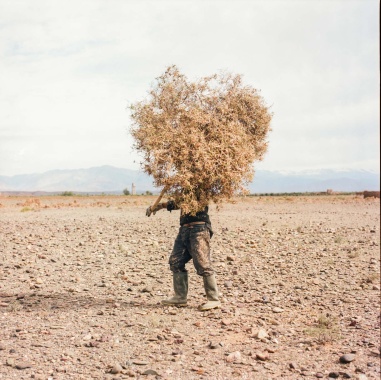 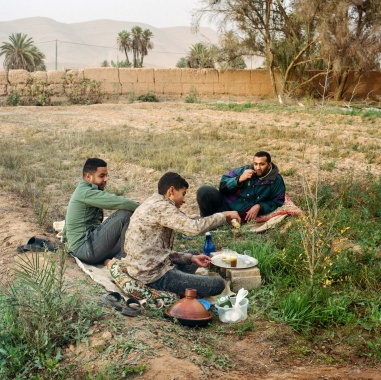 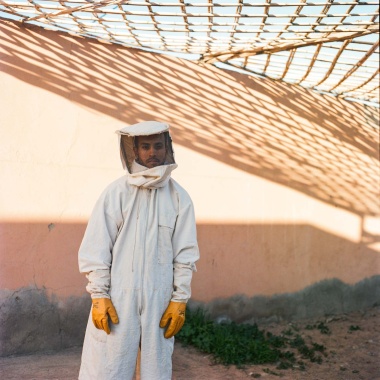 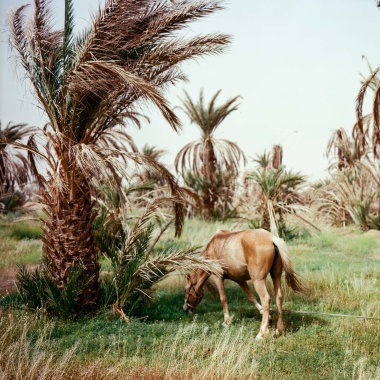 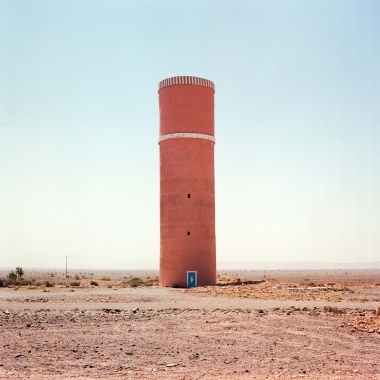 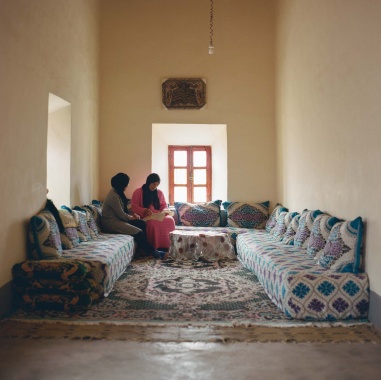 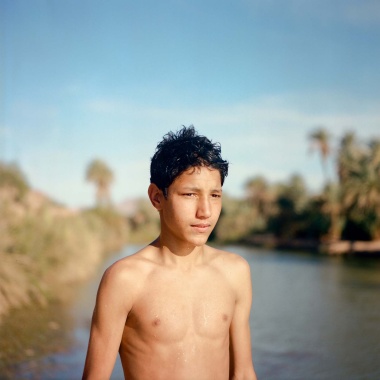 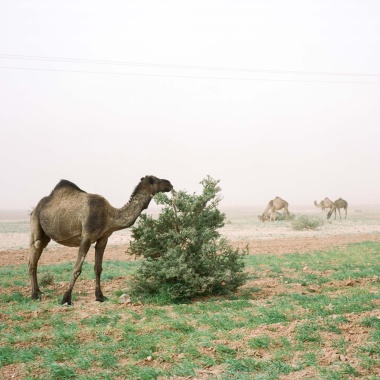 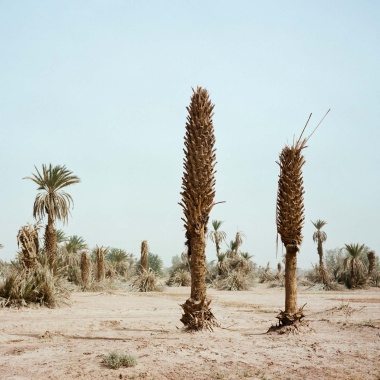 Oases are places of rich beauty, fertility and biodiversity. However, they are increasingly falling victim to climate change, and suffering from the consequences of dryness and drought. In his series, the Moroccan photographer explores an ecological system at risk of extinction – while also trying to rescue a piece of his country’s cultural heritage.

In our minds, an oasis is a harmonious patch of earth: a fertile place in the middle of the desert; a spot beneath palm trees and with sufficient water, protected from the eternal sun. These ecosystems have worked well for a long time; the natural management practises, by the communities living in them, ensured prosperity for all. Today, however, these areas of vegetation are in danger; just like a powerful desert sandstorm, climate change threatens the lives and well-being of oases inhabitants. M’hammed Kilito explains: “For many Moroccans living in fragile ecosystems, dryness and drought mean the loss of biodiversity, the disappearance of a cultural heritage, recurrent fires, environmental migration, water salinization, desertification and precariousness.”

“I decided to work on this project to highlight these multiple concerns rarely covered by the media, and largely unknown to the general public.”

The photographer’s “Before It’s Gone” project aims to bring the diversity of the problems caused by climate change to the attention and knowledge of the broader general public. Over recent years, he has visited many oases in Morocco, establishing close connections with the locals, and experiencing their harsh reality. They have been suffering from drought for almost 40 years; and the sharp decline in the groundwater level, in particular, is a threat to their existence. Dead palm trees, dried soil, burned out houses – Kilito illustrates the complex and multi-dimensional aspects related to climate change and its destructive impact on the oases, as well as the consequences for their people. At Tighmert Oasis, he met a 60-year-old man who belongs to one of four families remaining in a village that used to be home to one hundred. “The water stress is accelerating the displacement of the indigenous populations. They have all moved to bigger cities because, due to drought and the water shortage, they can no longer live from agriculture, which used to be their main means of income. They are climate refugees.”

“Nature for me is beauty, power, fragility and a world full of wonders. It is a force that surpasses us; it will outlive us and, without it, we cannot exist.”

One of Kilito’s pictures shows the last group of palm trees in Tanseet, a former oasis, located 15 kilometres from the town of Assa. Lost and forgotten, the palms stand in the sand, like a monument to the memory of better times. In the desert, green represents the promise of water and, as a result, life. That green is disappearing; the trees, plants and objects are gradually absorbing the colour of their surroundings, the patina on the desert sands, which is also present in the series. “Before It’s Gone” is an attempt to capture the few remaining traces of human existence, as well as the colours of the future. Kilito says that he considers photography a means for artistic expression that is easy to share, can stimulate reflection and sharpen awareness. Consequently, this series is his contribution towards giving voice to those who fight, day by day, to rescue what can still be rescued. 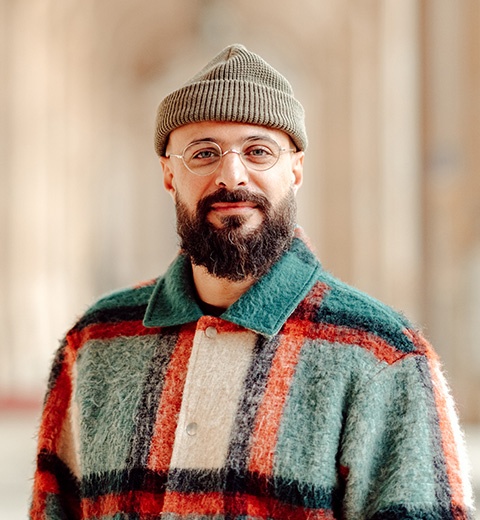 Born in 1981, Kilito is a documentary photographer based in Rabat, Morocco. His work is dedicated to the relationship between groups or individuals and their environment, tackling issues of cultural identity and climate change. In 2020, he was selected as one of the 18 best emerging photographers by the British Journal of Photography. The same year he was a winner of the World Press Photo 6×6 Global Talent, and the CAP Prize for Contemporary African Photography.