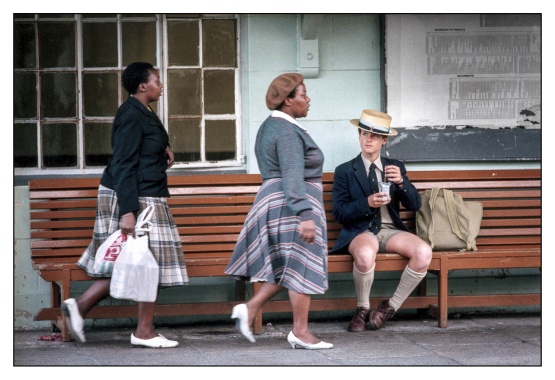 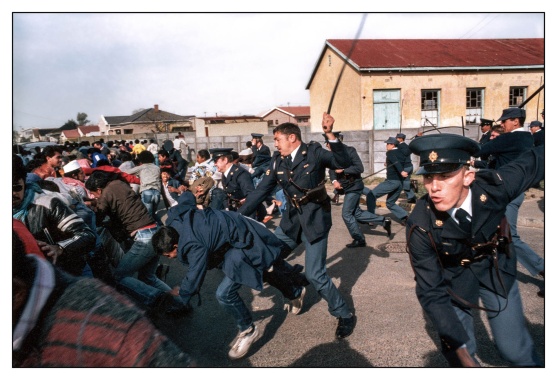 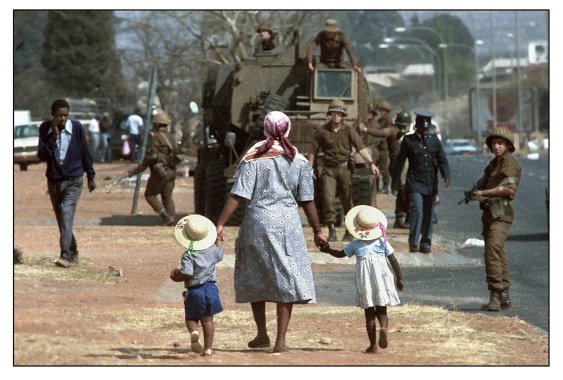 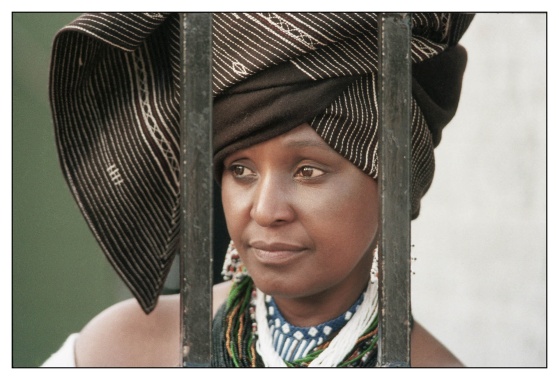 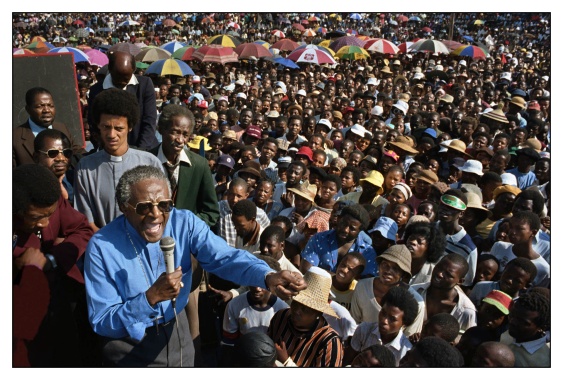 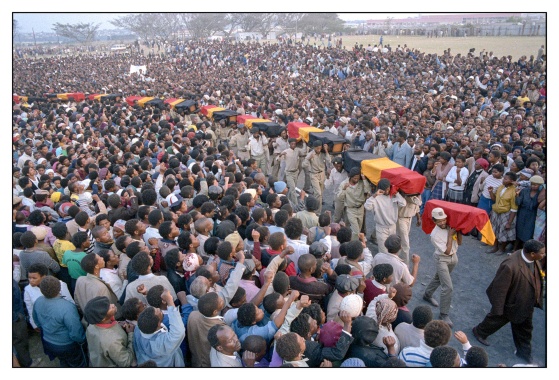 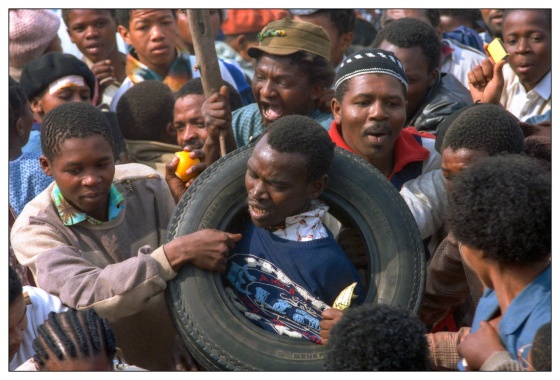 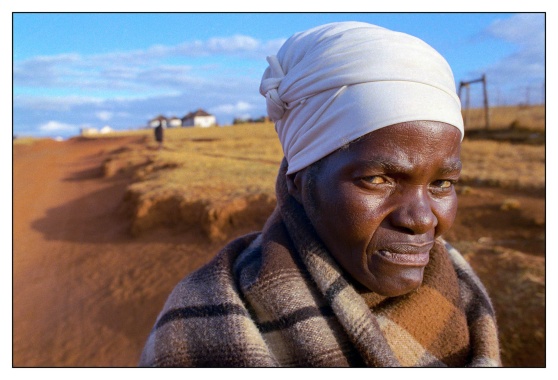 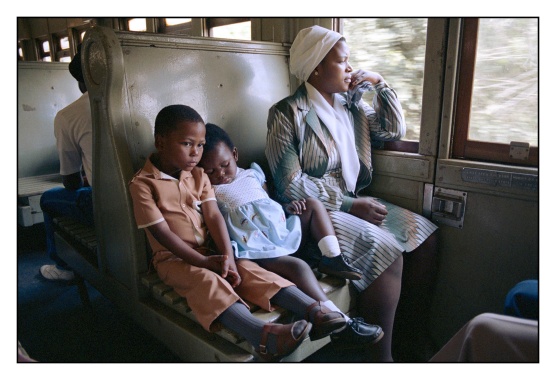 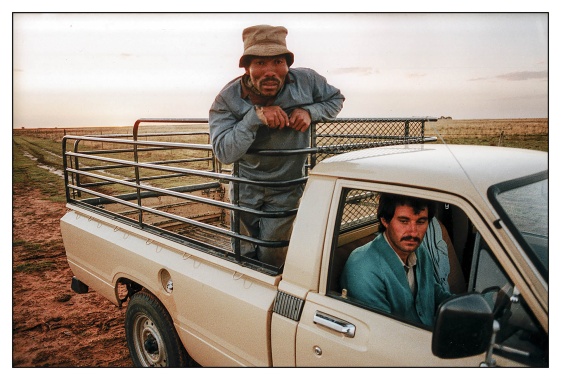 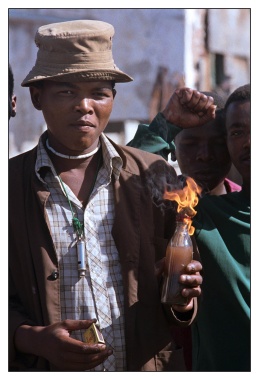 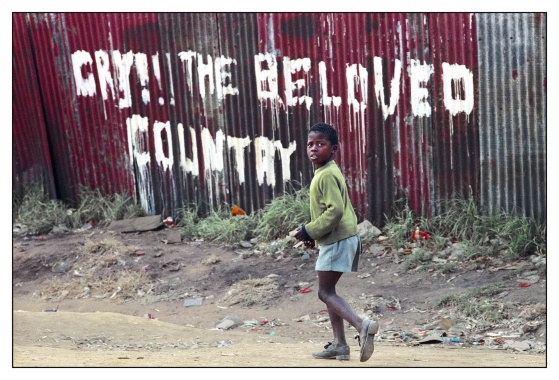 He considers himself a humanist behind the camera: for twelve years, between 1985 and 1997, David C. Turnley captured life in South Africa, during and after Apartheid. His haunting images sent out an appeal around the world.

February 11, 1990 was a very special day. It was the day that American photographer David C. Turnley took the picture that has made him the happiest. It shows Nelson Mandela, who was to become the first black President of South Africa, after being freed from prison. His wife is standing beside him and they both have their fists raised in the air. The decade-long fight for freedom from oppression and social injustice appeared to have been won: Apartheid was soon to end. “I am extremely proud to have been one of so many, doing whatever I could with my work as a photographer, to contribute to the struggle, to raising awareness around the world, to ending Apartheid, and to the beginning of a new South Africa,” Turnley says today. Before he took that famous picture in 1990, he had already spent five years travelling the country as a photographer, documenting the violent oppression of coloured people and the humiliation associated with the racist-dominated powers that were.

“The work I have done, contributing as a documentary photographer to the struggle in South Africa, has been one of the great privileges and honours of my life.”

The photographs he took during that time, tell the story of tragic everyday reality. They show the ignobility, the brutality, the death and the tears. He photographed people at work, at home, at protests, and at funerals. “I think the most important element of my approach, as a documentary photographer, is to really immerse myself in the lives of the people I photograph. I need to be patient, to allow the serendipity of real, often touching, unexpected moments to happen,” he says. “I am always interested in a person’s humanity and wish to earn my way to photograph that.” His approach to the people in his pictures has always been accompanied by the feeling that each is worthy of being treated with dignity, respect, trust, empathy and an open heart. Turnley refers to himself as a “humanist with a camera”.

In 1986, Turnley received the Leica Oskar Barnack Award for his series on South Africa. This was a great recognition for him, and provided tremendous support and inspiration for his work, which he considers one of the great privileges and honours of his life. He says it was important to use his camera as a tool to point out the fact that every society that defines rights according to race is fundamentally wrong and tragic, and deeply unfair. His photographs were not only testimony to an inhumane system, but also an appeal to the whole world.

“The Leica Oskar Barnack Award, given to one photographer each year from around the world, is a tremendous honour – really one of the special tributes any photographer can receive. The validation that this brought, within the midst of what can sometimes be life-risking work, has been a tremendous support and inspiration.”

In addition to documenting Apartheid in South Africa, in his 47-year career as a photographer, Turnley has covered the revolutions in Eastern Europe, the Fall of the Soviet Union, and the Gulf and Bosnian Wars. Time and again, his work has borne witness to social crises and changes. When Mandela was made President of a democratic South Africa, in 1994, the photographer was there as well. He remained a companion for Madiba – as the Nobel Peace Laureate was also called – until Mandela’s death, in 2013. Turnley remembers that every time the President attended a banquet, he would first greet the cooks, waiters and security forces, before the official reception began. “This was the kind of man he was – a man of such profoundly deep respect for people, based on the content of their character and not on the colour of their skin, their gender, their identity, or their wealth,” he explains. This experience remains alive in him even now – inspiring him to discover each day anew.

“Throughout my career, I have always photographed with a Leica M-series camera. I feel very happy when I work with my Leica – and know that the quality of this beautifully-engineered camera has the same level of aspiration as I bring to my efforts to make powerful photographs. It is a marriage that, like all good marriages, makes one-plus-one feel like ten!” 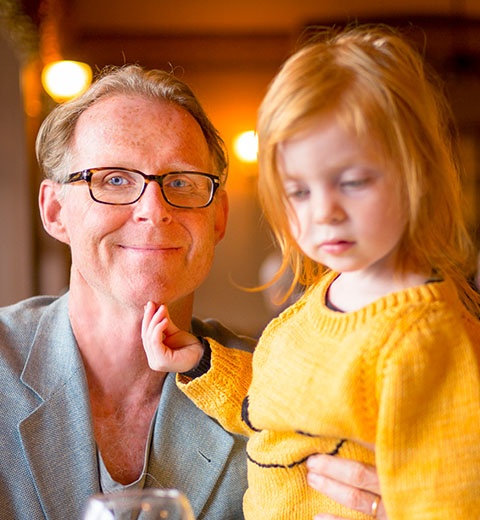 David C. Turnley was born in Fort Wayne, Indiana, in 1955, and can look back over a career that has taken him to around 90 countries. He is a winner of the Pulitzer Prize; in addition to the LOBA, he has received the Robert Capa Gold Medal, and the World Press Photo of the Year, twice. He is presently working on a number of book projects. His work is being exhibited in various museums. Turnley is currently photographing with a Leica M10.