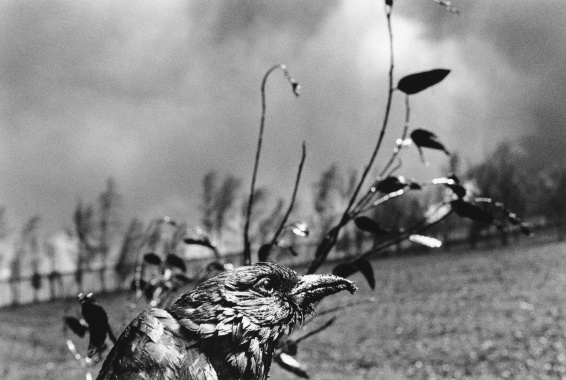 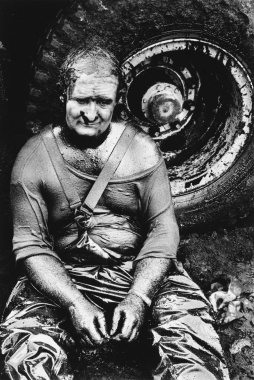 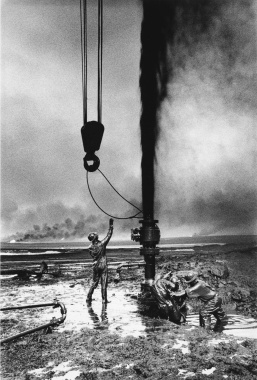 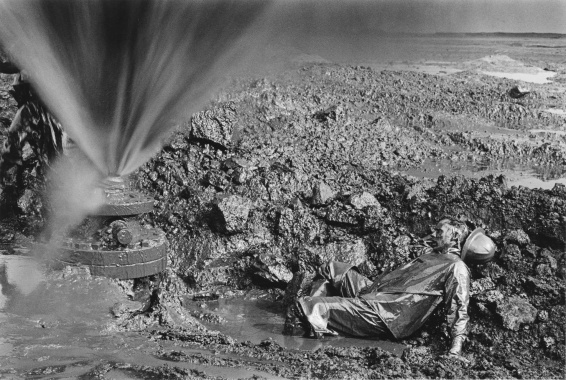 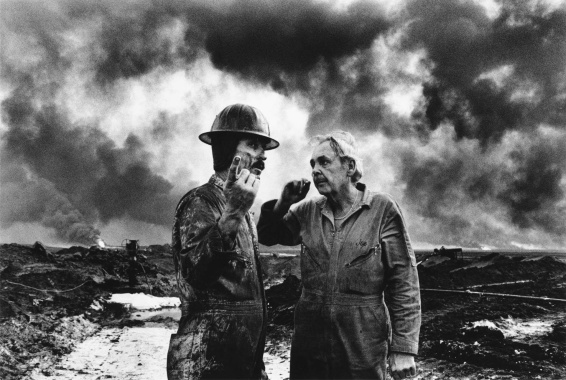 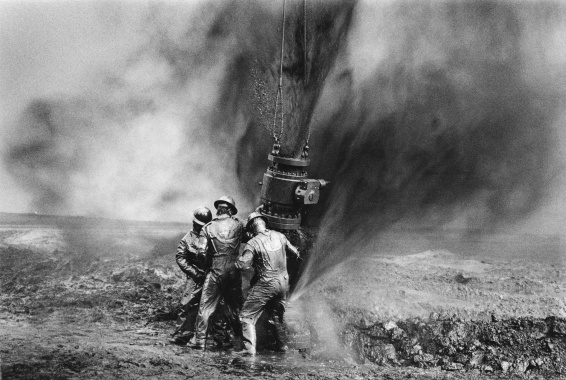 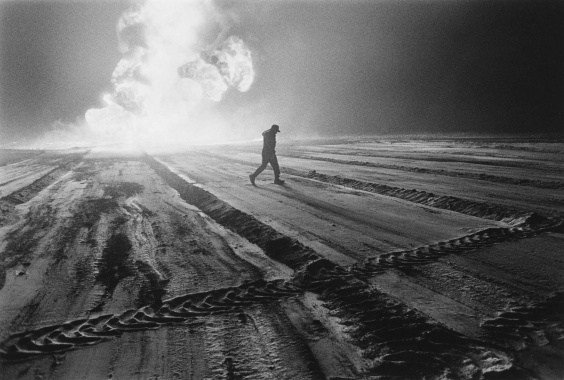 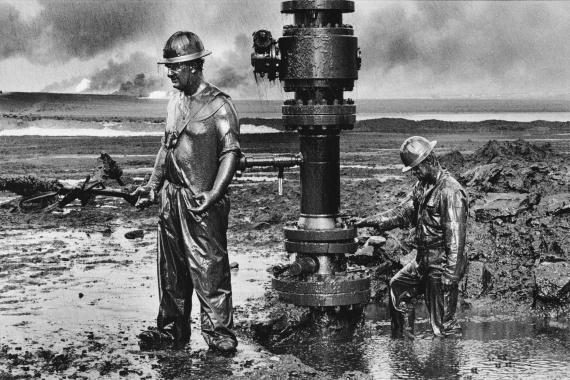 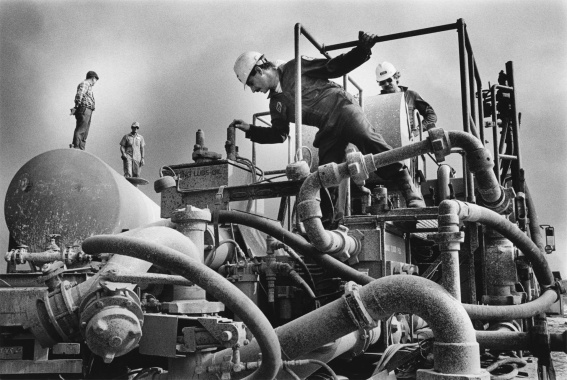 Nearly thirty years ago, the desert in Kuwait was burning: in February 1991, during the Second Gulf War, troops belonging to the Iraqi dictator, Saddam Hussein, set the Kuwaiti oil fields on fire, before making their retreat. Sebastião Salgado travelled to the disaster area and photographed the ghostly inferno. The following year, the pictures – first published in the New York Times Magazine – earned the Brazilian photographer his second Leica Oskar Barnack Award.

Two men are standing next to an oil rig, stiff and unmoving, like statues cast in bronze. Their clothes and their bodies are soaked in oil; it drips like sweat from their protective helmets. Blazing fires burn in the background, as thick smoke darkens the sky, smothering all light and all hope. It is an apocalyptic scenario, an inferno, captured by Sebastião Salgado in 1991, the year when Iraqi troops withdrew from Kuwait, setting the country’s oil fields on fire as they left. Over many days, firefighters went to battle against the flames, and tried desperately to save the tiny Gulf state from economic, ecological and humanitarian catastrophe. “For me, these men are the true heroes of the war,” the Brazilian photographer says. “Covered head to foot in oil, they moved like phantoms through the gloom. The roar of the flames forced them to communicate by shouting into one another’s ears. I am as moved now by the dedication of the firefighters as I was a quarter of a century ago.”

“I used exactly 200 rolls of film in 40 days. I lost a lot of pictures because walking close to the fire was very hot, and the heat sometimes caused a fire inside my camera that destroyed all the pictures. What impressed me was this apocalyptic light.“

At the time, close to one thousand oil wells were in flames, spread across the sweltering heat of the desert. Thick black sand and clouds of soot were carried on the polluted air, as far away as East Africa. The equivalent of forty million barrels of crude oil burned. Black gold, normally a symbol of wealth and power, became a symbol of hell. Devastated landscapes, charred camel carcasses, birds unable to fly, oil constantly gushing from destroyed pipelines and workers fighting the fires: Salgado’s monochrome images captured the ruthlessness of the scenes he encountered there. How small a person actually is when compared to a drill rig! He seems like Don Quijote battling against windmills, a battle against nature and industry, a hopeless battle. Both oppressive and impressive, the photographs are like representations of force, destruction and desperation, hewn in stone.

The “Inferno in Kuwait” series first appeared in the New York Times Magazine in 1991, with the title “The Eye of the Photojournalist”. After this initial introduction, it was picked up by numerous European publications. The following year, in 1992, the series earned Salgado his second Leica Oskar Barnack Award. In 2016, the work appeared in a photo book titled “Kuwait, A Desert on Fire.” At the time of the book’s appearance, Salgado stated: “We must remember that in the brutality of battle another such apocalypse is always just around the corner.” With this in mind, his pictures of the inferno in Kuwait remain ever topical.

“In all my long life, I never again found that kind of light – it was a Dantesque night.” 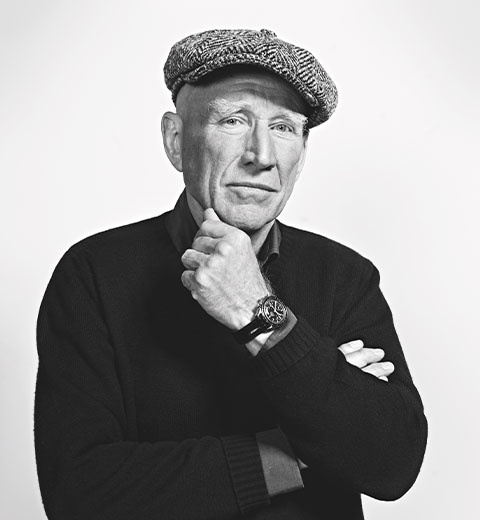 Sebastião Salgado was born in Brazil in 1944. He is one of the best-known and most acclaimed photographers in the world. His work has received numerous awards, including the LOBA twice (1985 and 1992), the Hasselblad Foundation Award, and the Dr. Erich Salomon Award. In 2019, Salgado was the first photographer to be honoured with the German Book Trade’s Peace Prize. Together with his wife Lélia, he is involved with international environmental and medical aid organisations. He lives in Paris and in Brazil.