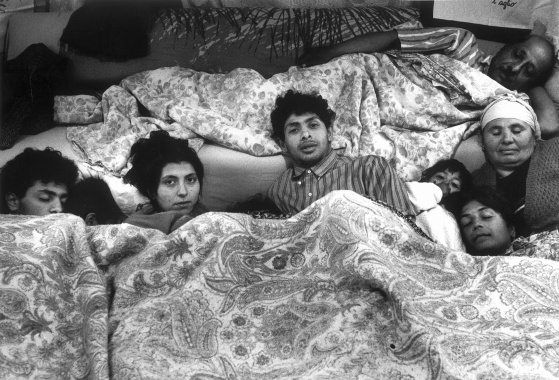 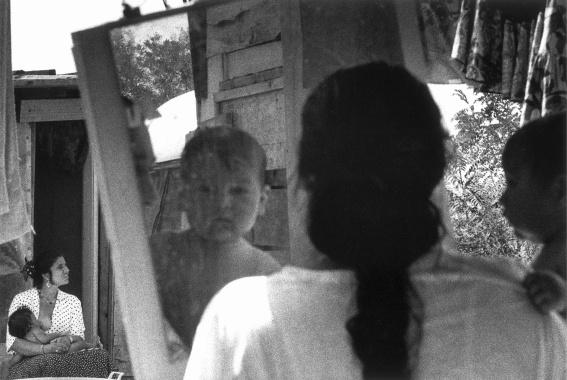 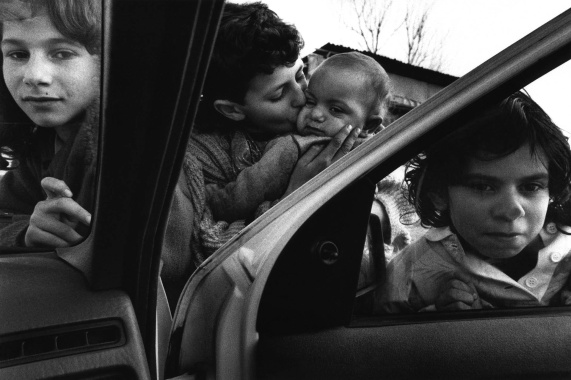 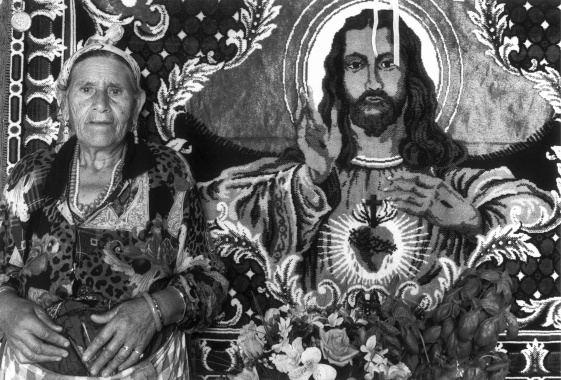 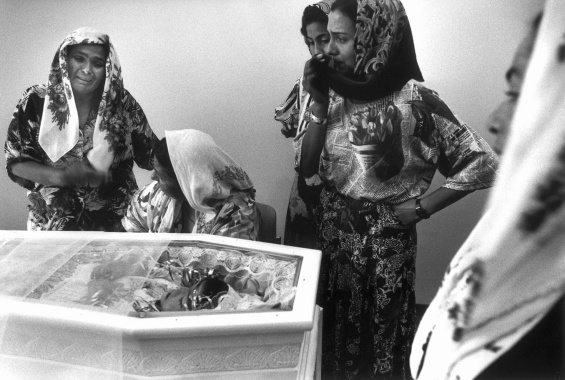 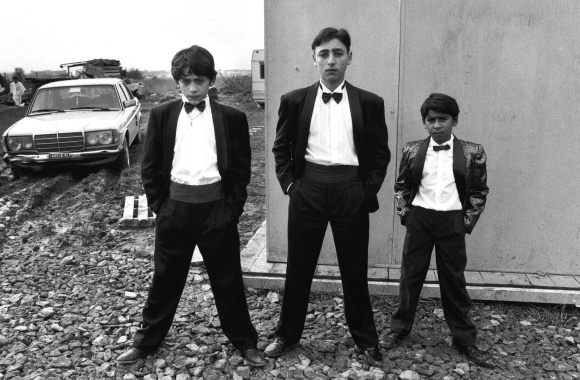 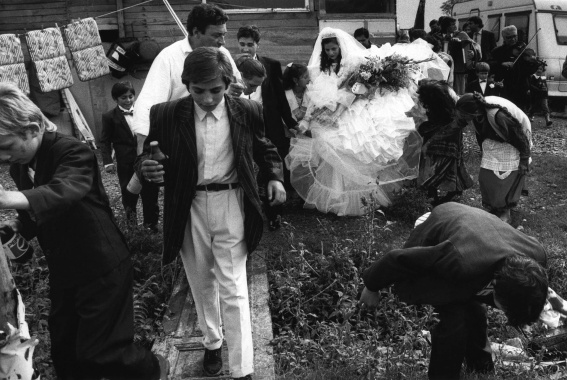 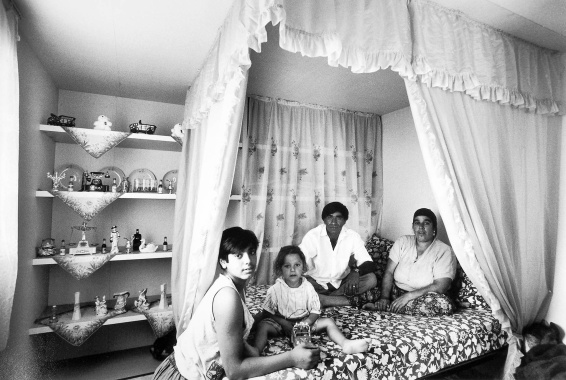 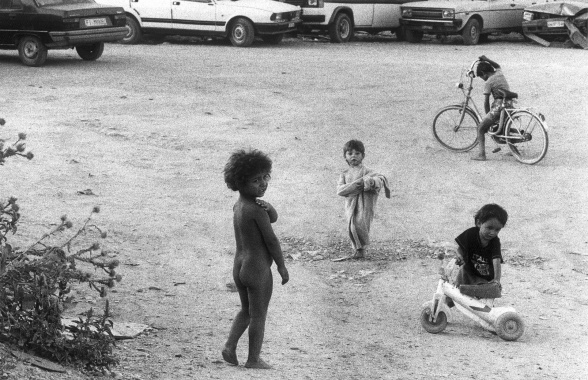 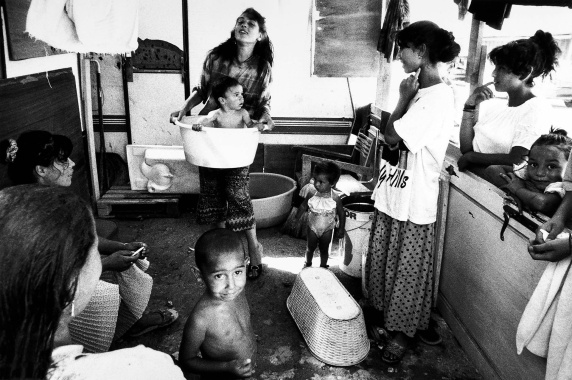 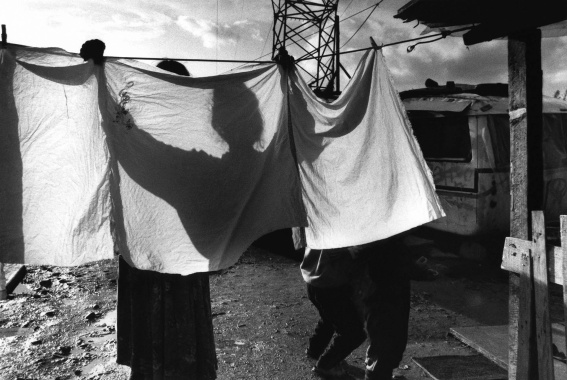 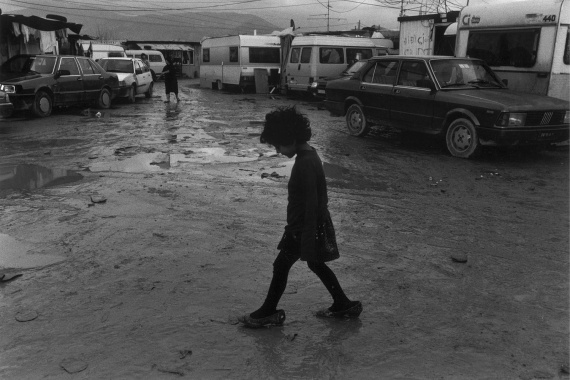 With his series dedicated to the daily lives of Roma families in Florence, the Italian photographer was able to convince the jury and win the 1995 Leica Oskar Barnack Award. Gianni Berengo Gardin was presented with the award at the antique theatre of Arles, during the 15th LOBA award ceremony. For the first time, the LOBA ceremony took place within the context of the Rencontres de la Photographie in Arles, France, on the evening of July 9th.

The starting point for the series was a connection between the photographer and the President of the Association for the Defence of Minorities in Florence. “She wanted me to go and photograph a young Roma family, as the association’s lawyers had succeeded in blocking the abduction of one of their recently-born sons – an odious practice that was very common amongst judges in Italy,” the photographer remembers.

The project was to quickly expand. First of all, the photographer needed to build a relationship of trust. “I introduced myself without cameras, accompanied by members of the association, to become familiar with the people and get a sense for the situation. The idea for the series came to me as a result of this encounter with the hard reality of Roma camp life.” Little by little, over the following weeks, Berengo Gardin and his Leica M managed to capture a direct and trusting glimpse into the family’s daily life: “Initially, they were rightly distrustful; but when they understood what I wanted to do, they showed incredible goodwill and generosity. They started to call me ‘Grandpa Gianni’ and opened their home to me. So I was allowed to attend and photograph different moments of their daily life; the good and festive moments; a wedding or Christmas lunch preparations; and the sad ones too, such as a child’s funeral.” The photographer’s work with the Roma resulted in an exhibition in Florence, as well as the publication of an accompanying book titled “La disperata allegria” (Desperate Joy). The foreword to the photo book was written by the German author Günther Grass. “The exhibition and the book were well-reviewed by the media; and more so, after I received the Leica Oskar Barnack Award. Regarding the public, the response was good; but this topic is so controversial that I do not know if they really understood the message,” the photographer muses in retrospect.

“My aim was to make a documentation: not only of the bad, the difficult conditions in which they lived – such as the cold, the heat, the mud, the dirtiness, the lack of water and the diseases, etc.; but also the good – such as the traditions, the celebrations, the family occasions. In short, the daily life of Roma people in every aspect.”

Berengo Gardin has had a strong impact on Italian photojournalism for many decades. His inimitable ability to capture country and people, daily life and all those special moments, ensures that his work is unmistakable. Time and again, he has been able to maintain the balance between topical, visual storytelling and the timeless moment. His work has not only been published in newspapers and magazines: so far, the number of his book publications has reached a healthy 200 titles. The photographer’s eye has frequently turned to the life of the Roma in Italy; such as the time he photographed a reportage on the Muslim Roma society in Palermo, in 1996. That series was also published in a book titled “Zingari a Palermo” (Gypsies in Palermo). When asked about the current living situation of the Roma in Italy, the photographer answers somewhat hesitantly. “I am not very confident. Discrimination is still very common. In Italy, each municipality has its own guidelines. In some cases the situation is better, because some of the big camps have been closed and the people distributed into small camps or houses; in other cases, it’s worse. Every attempt to find a solution, to give them a decent life, means a struggle against the opposition of the local communities. Furthermore, the Lega and right-wing parties exploit the situation to gain support.”

“This series, along with one on asylums that I did in 1969, was the project that most involved me emotionally, and of which I am the most proud.” 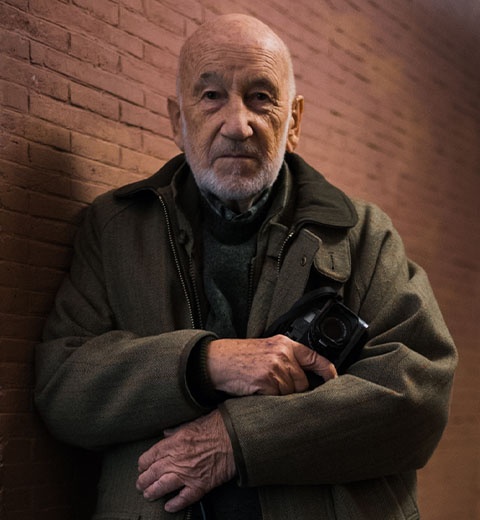 Gianni Berengo Gardin was born in Santa Margherita (Liguria) on October 10, 1930, and spent his childhood in Rome. Until 1965, Berengo Gardin worked as a photo reporter for the newspaper Il Mondo. In 1964, he moved to Milan, where he opened a studio for fashion, commercial and still-life photography. He is the recipient of numerous awards, including the Prix Brassaï 1990. In 2017, Berengo Gardin was inducted into the Leica Hall of Fame.