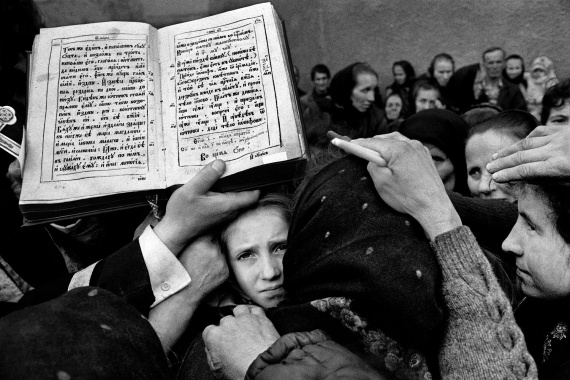 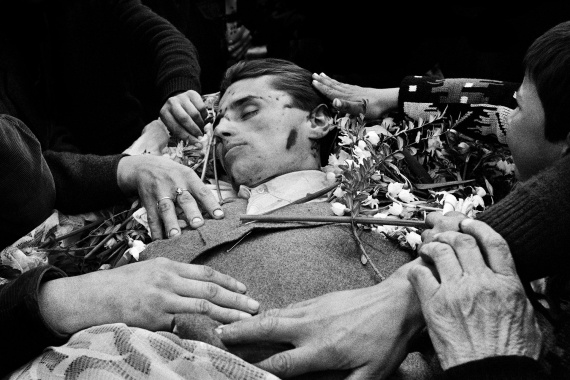 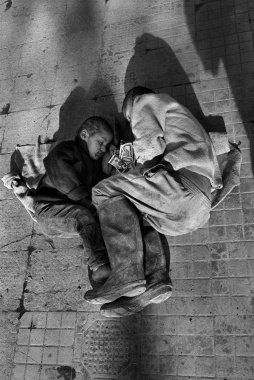 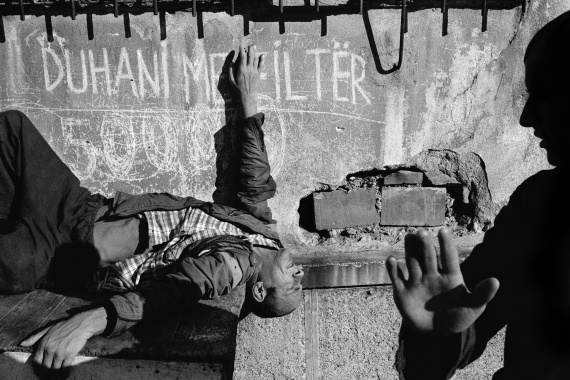 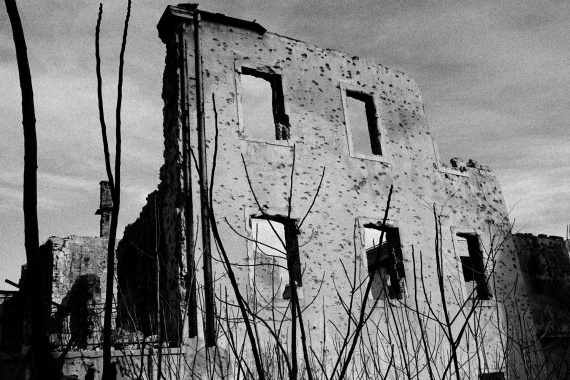 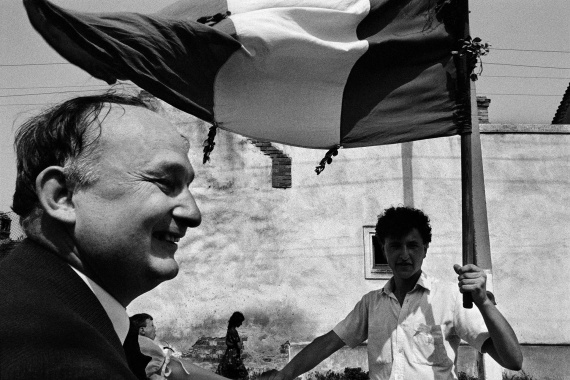 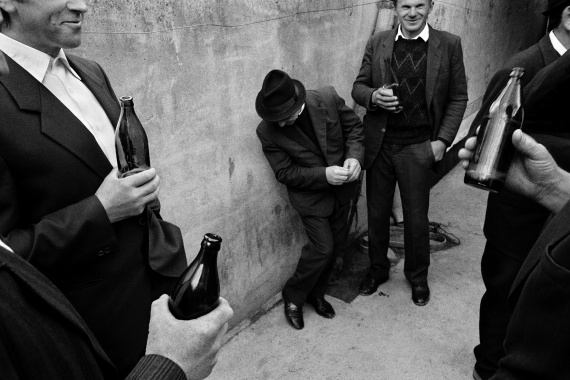 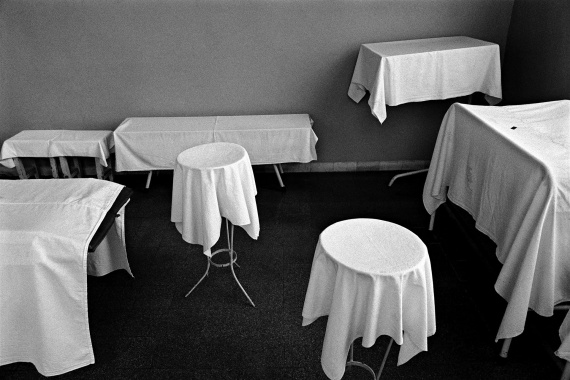 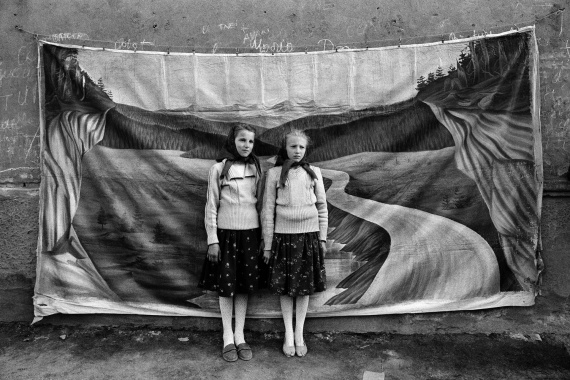 The East: a vast and mysterious region that was yet to be explored. For a period of twenty years, the Italian photographer took his camera on a journey of over 250,000 kilometres, travelling through strange lands and different political systems. In 1998, his work earned him the Leica Oskar Barnack Award.

One direction and one idea: when Fabio Ponzio visited Istanbul for the first time, in December 1987, he quickly realised how this European city differed from the cities of Western Europe. This realisation marked the beginning of his focus on foreign cultures, traditions and social realities. From the Balkans, passing through the rest of Eastern Europe all the way to the Caucasus – he travelled in local busses and in a red Volkswagen, where he also cooked and slept. Crossing this world, full of history and mystery, allowed him, he says, to better understand the nature of human life.

“As far as I was concerned, Eastern Europe was one big country, spreading from Istanbul to Moscow, from Prague to Tbilisi, from the Carpathians to the Caucasus. While travelling through the region, I discovered the deep soul of Europe.”

Ponzio explored Christian Orthodox communities in Catholic Poland, and Czechoslovakian villages in Romania. He saw Yugoslavia in crisis and faced with the abyss of war; the uprisings in Prague and Bucharest; absolute poverty in Albania; lines of people waiting to buy bread in communist Poland; and exhausted miners at the end of their workday in the Katowice region. His pictures document human existence amid collapse, transformation and new beginnings. They capture suffering, corruption and political change. At the same time, they are a testimony to the energy and will it takes to survive. As he says, “For sure, life in Eastern Europe was tougher than in the West; yet the people there were used to it. I didn’t encounter any despair, but rather, resigned acceptance of their fate. I saw a lot of suffering, but also the kind of stamina that helps people survive.”

“The LOBA was an important acknowledgement for ‘East of Nowhere’. Above all, however, it brought me psychological help that gave me more energy to continue with my work. When you’re working on a long-term project, it’s important to feel supported.”

Ponzio spent 22 years travelling through the countries of Eastern Europe. He often returned to certain places, so as to further understand the reality of what he was photographing, and to give additional depth to his images. He met many local people along the way, and many of them became friends. They welcomed him into their homes, with understanding and generosity, and supported him in his undertaking. “The people I photographed always understood that it was my intention to give them a remembrance,” he says. “As far as I’m concerned, this is photography’s main task: it’s important to me that their lives have a place in the collective memory.”

Ponzio’s “East of Nowhere” series is a concentrate of that legacy. It is the tale of a European living in Eastern Europe at a unique time in history that will never return. It is a portrait of a society that hardly changed over the two decades following the upheavals of 1989, when market economies and freedom were big words – but words with little reality. Perestroika and Glasnost led to the crises of the various communist systems, and it is this drama that is clearly reflected in Ponzio’s encompassing project. He tried to discover, and capture in pictures, the elements uniting the peoples of Eastern Europe, as they dealt with common hardships and fought for the future.

“For me, the main task for a photographer is to give the people photographed a remembrance. It’s important to me that the life of the humble and exceptional people that I photographed has a place in the collective memory.”

Ponzio won the 1998 Leica Oskar Barnack Award for this project, and he considers it an important recognition. Above all, however, it brought him the psychological help that gave him more energy to continue with his work. “When you’re working on a long-term project, it’s important to feel supported.” On the evening of the award ceremony, he received a gift of two M6s from Leica. He used one of these cameras over the following years to continue working on his Eastern Europe series; he is using the second one for his current long-term project. This project is taking him to Western Europe, within a completely new social and visual context. Ponzio has not been back to Eastern Europe for ten years. Yet even though his eyes have now turned to the West, his heart has remained in the East. 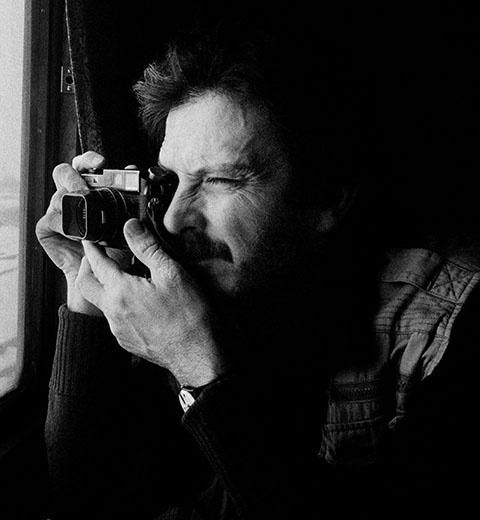 Fabio Ponzio was born in Milan in 1959. He first became interested in photography during a trip to the Balkans in 1976. Europe, travelling and photography were to become the focus of his life over the following years. In addition to the LOBA, his “East of Nowhere” series earned him the European Kodak Award of Photography and the Mother Jones Foundation Award for Documentary Photography. In April 2020, Thames & Hudson in Great Britain and the USA, as well as Actes Sud in France, will publish “East of Nowhere”. Ponzio is currently working on a project about Western Europe, photographing with a Leica M6 with Elmarit-M 1:2.8/28 ASPH., Summicron-M 1:2/35 ASPH. and Summicron-M 1:2/50 lenses.

In 1998, the series “Solo” by the Portugese photographer Paulo Nozolino, was given an Honourable Mention.