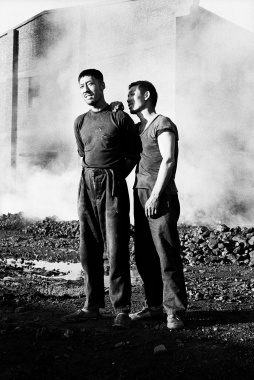 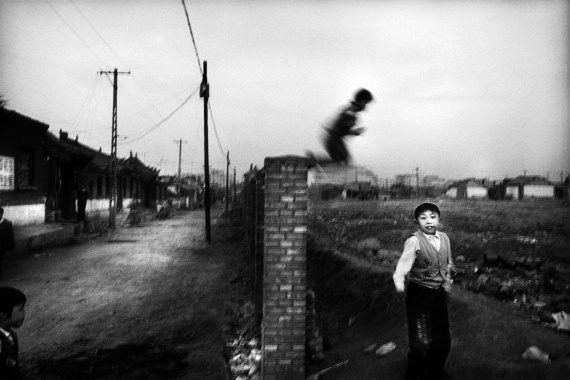 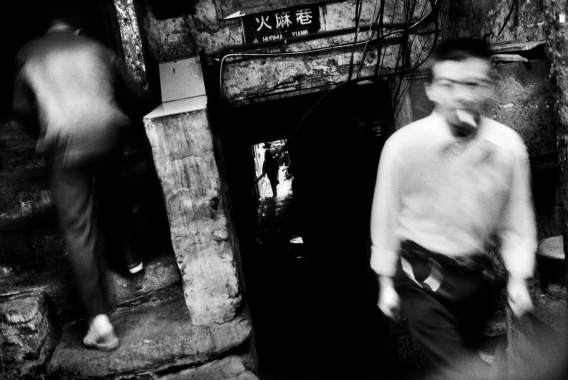 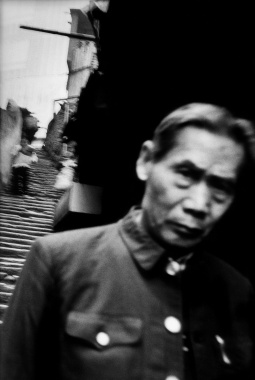 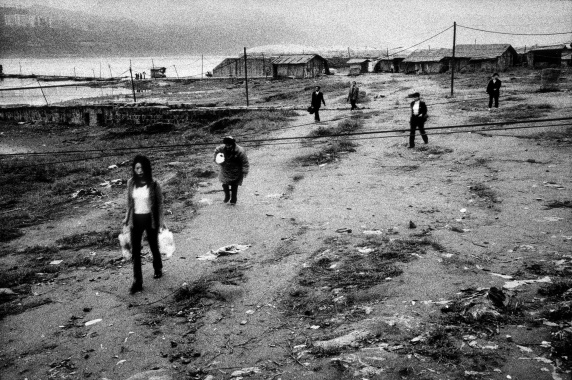 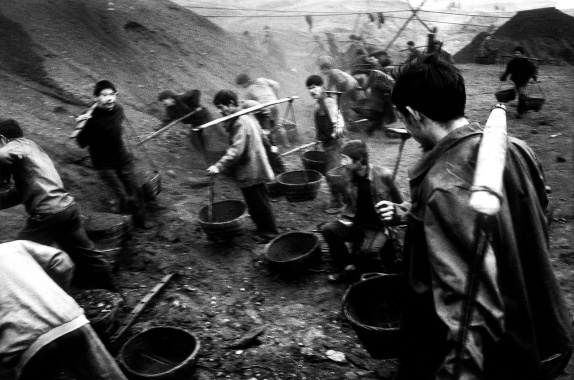 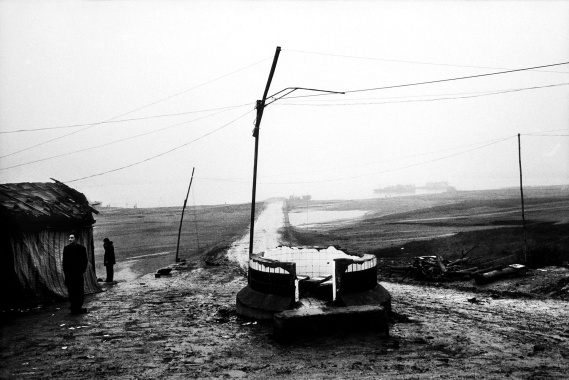 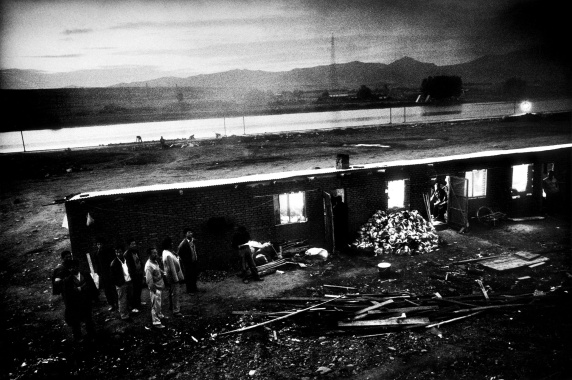 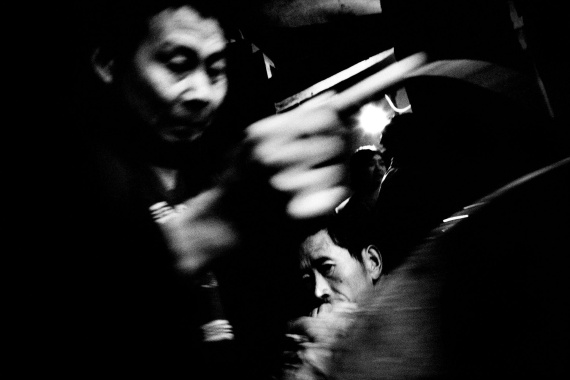 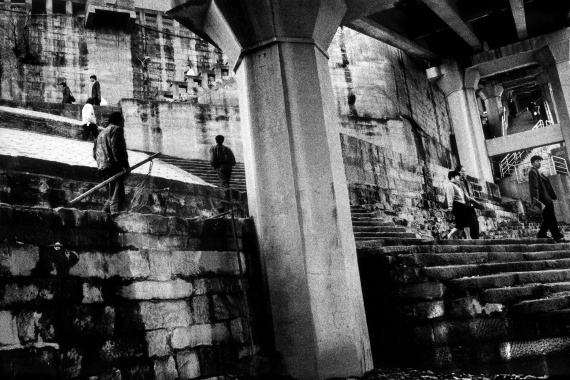 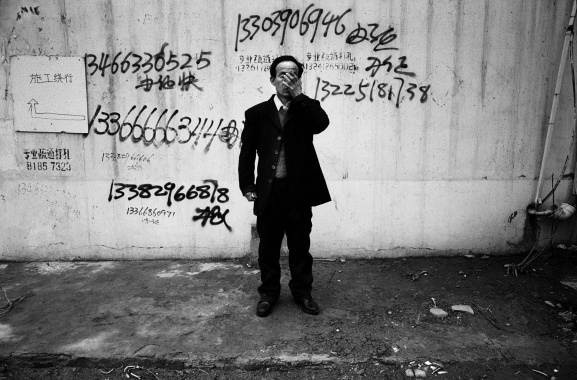 China in upheaval: Meunier’s powerful series “Erased”, presents the consequences of economic change for its people, and earned him the 2001 Leica Oskar Barnack Award. With strong motifs in black and white, the French photographer speaks of the end of China’s great industrial cities, while placing the harsh realities of life for the workers at the heart of the project.

Twenty years ago we all stared in amazement at China’s rapid economic boom and the emergence of its countless megacities. Despite its stunning economic growth spurt, however, a closer look quickly revealed the dark side of this enormous process of change. Bertrand Meunier began travelling regularly to China at the end of the nineties. At the heart of his exceptional “Erased” series, he placed the people who have lost out during these developments, those who society prefers to overlook. His raw, contrast-rich pictures, often deliberately defined by blurriness, speak of the reality behind China’s economic miracle. Back then, the State was rigorous in its efforts to restructure both the economy and society; one of the consequences of those policies was the increasing gulf between rich and poor.  Above all, the workers at the very bottom of the social ladder became even poorer. Things were particularly bad in the central and western regions of China, which were classified as disaster zones at the time. The violence resulting from the individual fight for survival, for work and for a roof over one’s head, was brutally and physically perceived by Meunier: “It can be felt everywhere; it is permanent; it permeates the atmosphere.”

“I have to say I love to work and focus on a long-term project. I like to allow myself the time and the space to understand the subject.”

The photographer’s series concentrates on the living conditions in impoverished industrial regions. After China’s brief period of industrialisation in the fifties, where coal mining and steel production were at the forefront, and following the economic reforms of the seventies, many sites in China were closed down because they were no longer profitable. Unemployment grew in addition to the enormous environmental pollution, and an army of migrant workers set out in search of new ways to secure a living. It was this social schism that the photographer discovered in the expressionless faces, in the daily hardship and in the suffering of the poor, and was able to translate into his extremely emotional images.

Meunier uses a cinematographic-style approach, placing a series of pictures together in a sequence. Consequently, it is hardly surprising that the photographer does not see himself as a documentarist, because he also includes allegorical and symbolic images in his black and white, Leica MP series. Even so, and however subjective it seems, he remains dedicated to the people portrayed, hoping that his imagery will convey the greatest empathy possible for each of the individuals.

“The winning series gave me the chance to produce the main body of my work on China: “
‘Erased’. Through this award, I was able to get assignments in China and further pursue my own personal work.”

“LOBA was an important moment for me. With the support of Christian Caujolle, I had joined the agency VU’ a few months earlier. I wasn’t so sure of myself. LOBA, and the fact that I received the award in Arles, was a splendid opportunity to believe in my photography, in my project on China,” Meuniers remembers. Even afterwards, China remained a central theme for the photographer. “China has been my main focus for many years and I will still be working there in 2020. In fact I tried to finish the second part (REC) of my work on China this year. It’s hard to summarise my feelings for China. I have friends there. I have seen so many changes since 1998. For the good, and currently for the worst.” 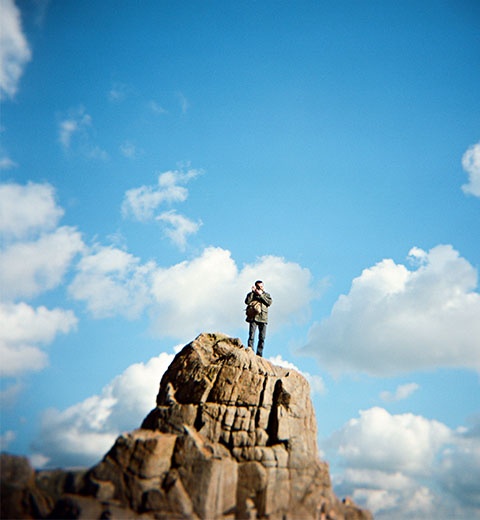 Bertrand Meunier was born in Nevers, in the centre of France, in 1965. He began teaching himself photography in 1993. His long-term dealings with China were revealed in the 2005 photo book Le sang de la Chine (The Blood of China). He has filmed numerous documentaries on a variety of countries and subjects. His work has been exhibited and received awards a number of times. He is a member of the Tendance Floue photographer collective. Meunier lives and works in Paris.

In 2001, the series about disappearing traditional lifestyles on the islands of the North Atlantic by Icelandic photographer Ragnar Axelsson, was given an Honourable Mention.