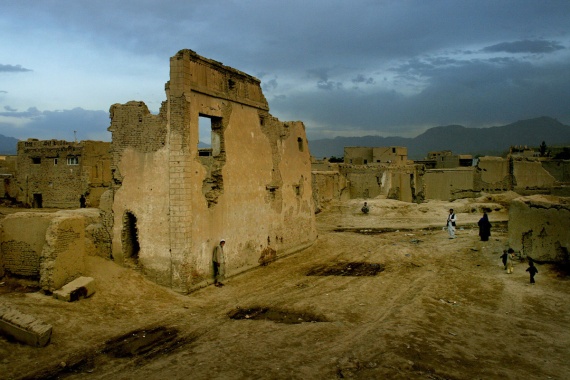 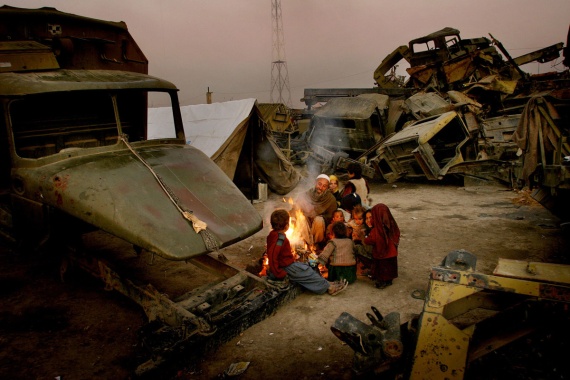 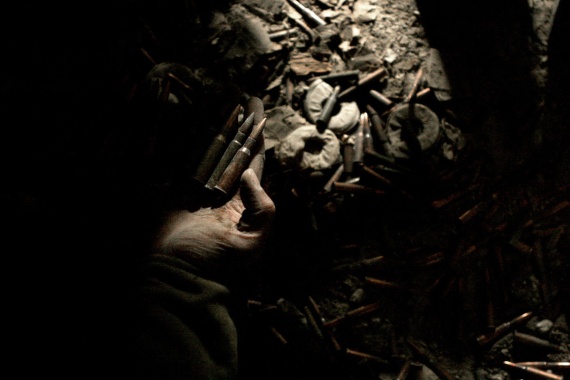 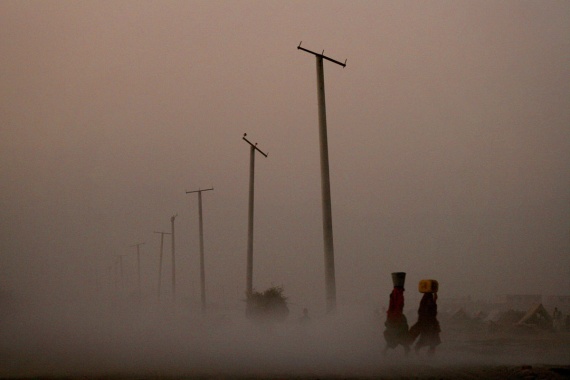 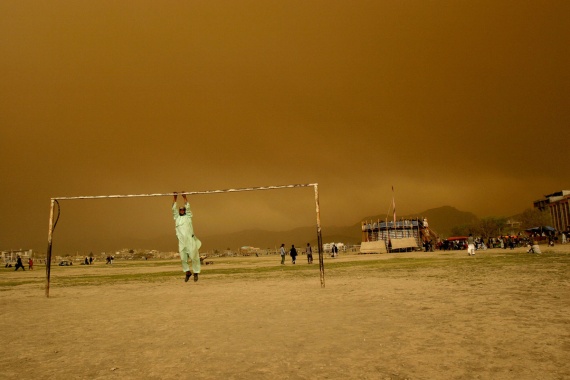 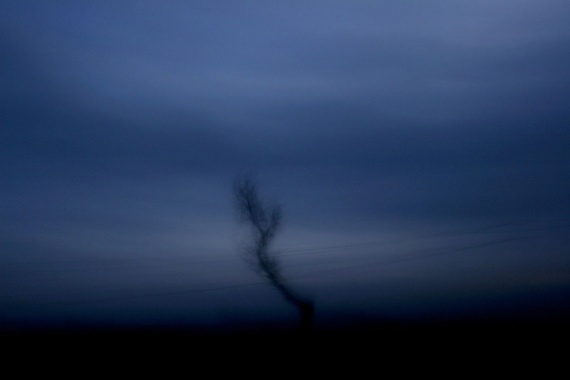 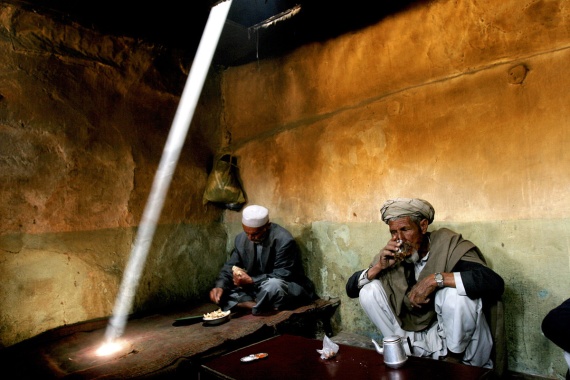 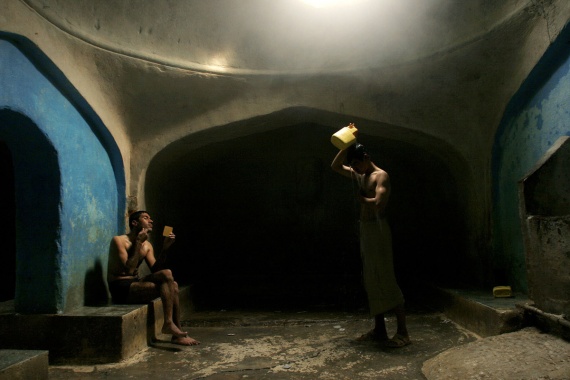 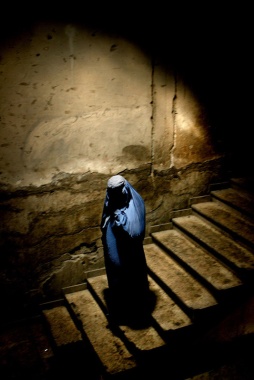 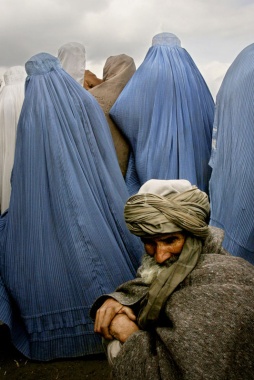 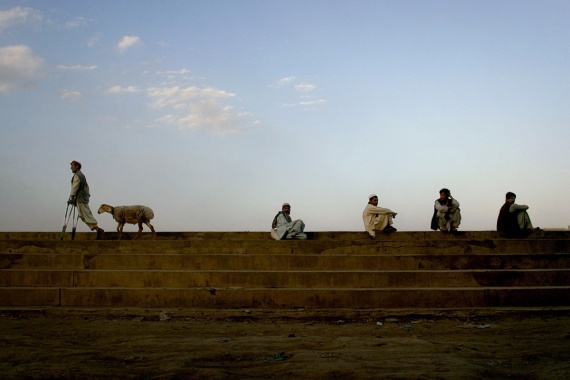 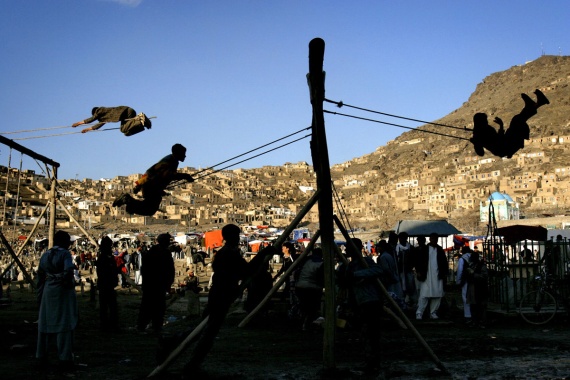 For nine months, the Chilean photographer Tomás Munita travelled around war-stricken Afghanistan, made possible thanks to a long-term assignment for The Associated Press. Munita’s photo reportage takes a penetrating look at a country on the verge of a new beginning.

“Leaving the Shadows” can be interpreted in two ways. The contrasts of bright and dark as well as the interplays of light and shadow are strong elements of his visual style. Furthermore, the title nails the situation of the Afghan population. A country leaves the shadows of the past behind and returns to the light of hope. People who have experienced and survived the unimaginable take cautious steps back into a form of normality. Throughout the Cold War of the 20th century, Afghanistan was divided into two opposing camps due to the conflicting world views of the USA and the USSR. The country was consistently plagued with war. In the 1990s the Taliban pushed through a radical interpretation of Islam, but the regime fell during the ‘War on Terrorism’ of 2002. In 2004 the first ‘free’ presidential elections took place under dodgy conditions: among the candidates were former warlords and avowed Taliban members. The security situation remains critical. In the south and in the east of the country there are places where no foreign troops will go.

Munita’s photographs take us into a wonderfully foreign world that is in the process of being resurrected. Amidst all the destruction, the first thing that appears to be coming back is the laughter and the gratitude for the security within communities and families. Children swing into the bright, blue sky; dark clouds withdraw. An adult man dangles giddily in the frame of a football goal post. A family huddles together in the warm glow of a fireplace – happy to be together. In other photos, cultural customs are celebrated. Two dominant elements can be observed throughout Munita’s work: light and colour. Our attention gets caught by the glistening beam of light, as it finds its way through a hole in the roof, or is warmed by the dark orange sky. The victory over shadows and darkness conveys a sense of hope: to the protagonists in the photos, and to us, the viewer. The omnipresent witnesses of war – wreckages and junk – become secondary in his pictures.

Where is Afghanistan heading? Munita’s photos fail to provide an answer. But they do convey the assurance that even in Afghanistan there are people who want the same thing out of life as everyone else: peace and a bit of personal luck. 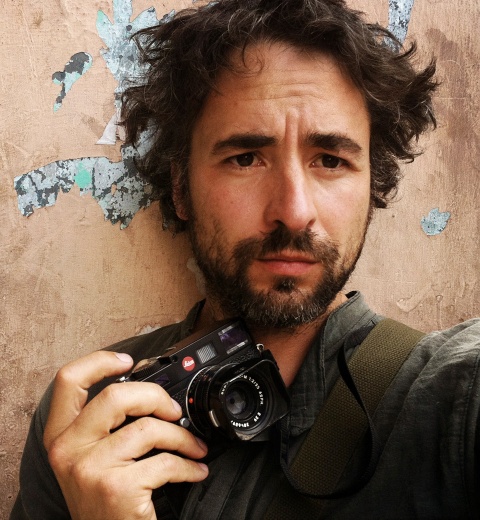 Born in 1975, Munita studied photography from 1994 to 1997. From 1998 to 2000 he worked for the daily newspaper El Metropolitano in Santiago and then, until 2003, for The Associated Press with a focus on Latin America. Until his Kabul assignment, he realized projects of his own, such as a 12-month reportage trip to Southern Asia. In 2003 he took part in the Joop Swart Masterclass of World Press Photo in Amsterdam. In 2005 he received the ICP Young Photographer Infinity Award conferred by the International Center of Photography in New York. Since 2006 Munita has worked as a freelance photographer in his home city of Santiago de Chile.

An honourable mention in the Leica Oskar Barnack Award 2006 was given to the American, James Whitlow Delano. In his personal, long-term project, “Japan Mangaland”, the photographer takes a critical look at the country he lives in. 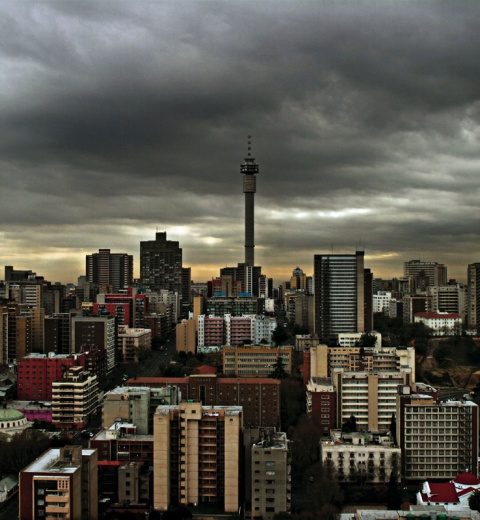 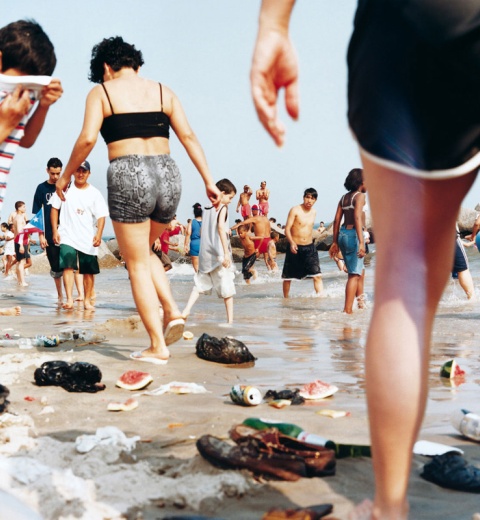 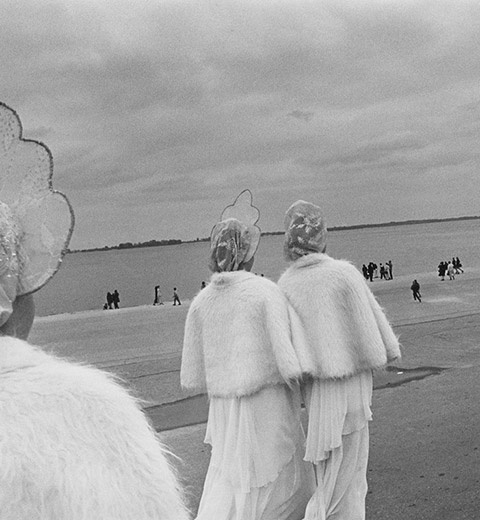