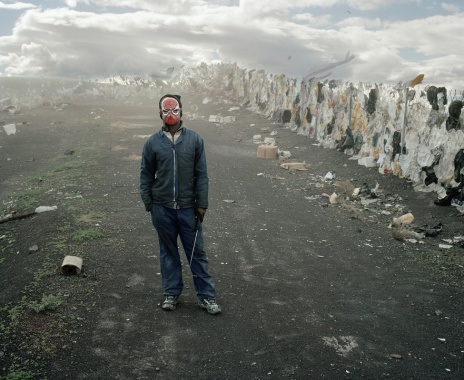 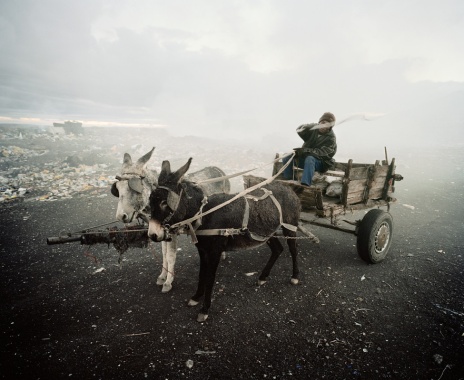 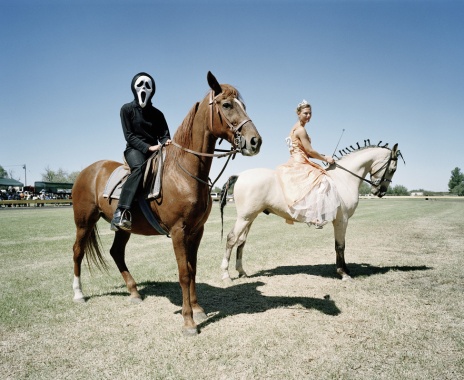 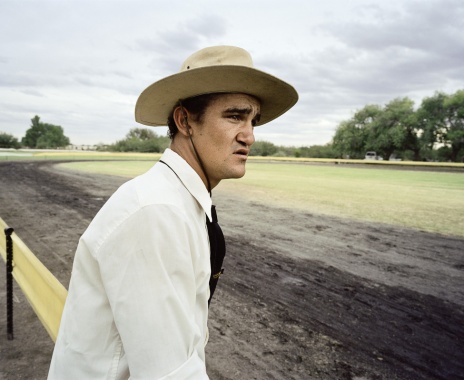 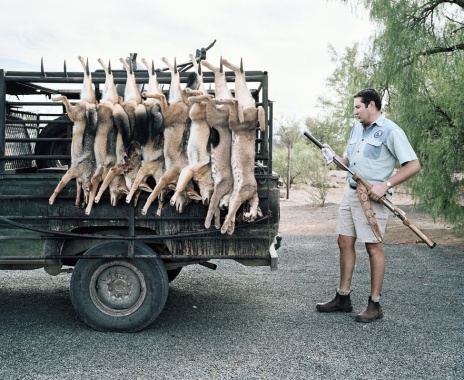 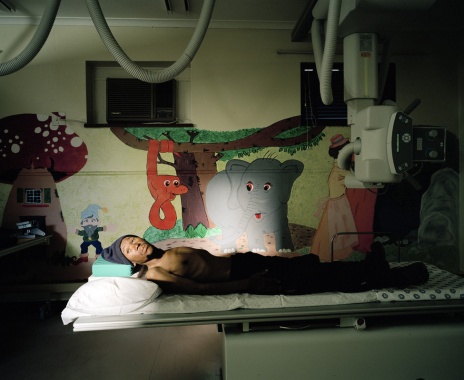 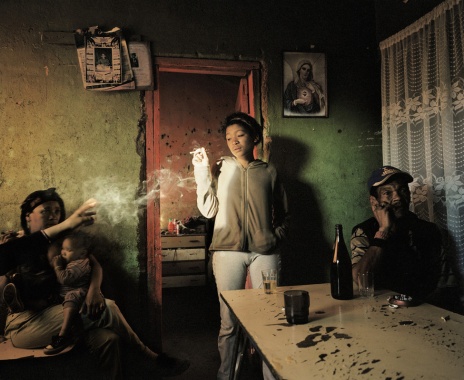 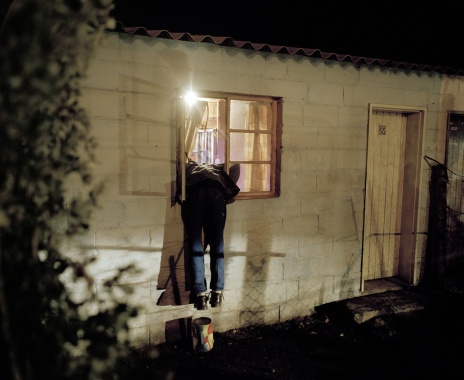 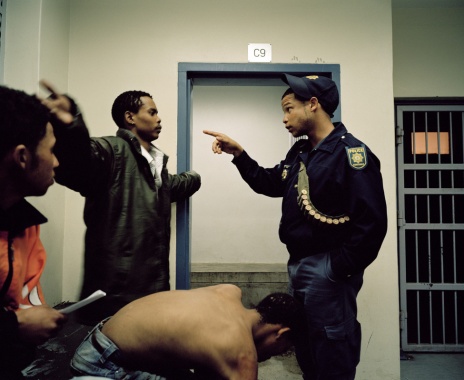 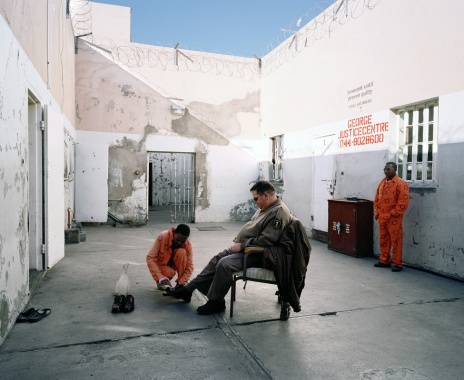 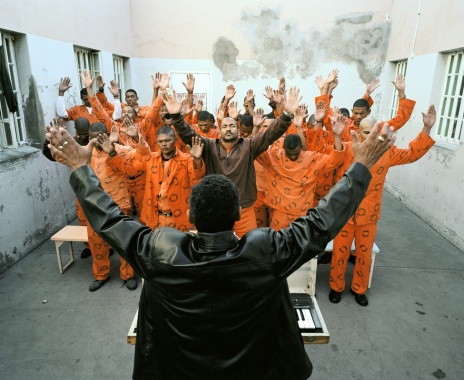 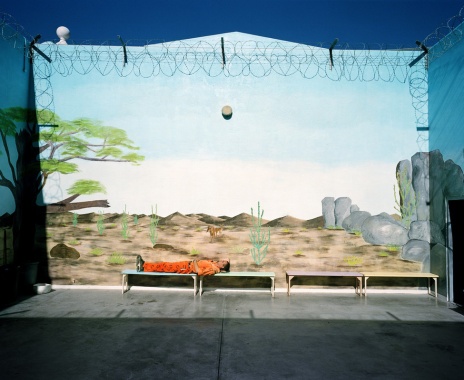 Beaufort West is a town in South Africa with a population of 37,000. As a town, it has little to offer its residents: its chief attractions are the main road and its neighbouring municipal jail. This is amply documented in the images captured by Mikhael Subotzky. The series earned the South African photographer the LOBA in 2009.

The series’ core theme is the N1 national road, a main thoroughfare connecting Johannesburg and Cape Town. This road, or more aptly highway, runs through Beaufort West for several kilometres, and brings over a million transiting visitors every year. For many of the residents, the road is not just their most important, but also their only connection to the outside world. In addition, the busy through traffic contributes significantly to the income of the predominantly unemployed residents, many of whom line the sides of the road to peddle their wares to travellers: food, refreshments, petrol and accommodation. At the same time, prostitution also plays a considerable role.

“‘Beaufort West’ is about my personal connection with other human beings. I believe in personal responsibility and in living life as consciously as possible. Viewing the world through my camera enables me to do just that.”

His work became an exploration of his personal surroundings, seeking his place in this new and unfamiliar world. In his images, Subotzky shows various street scenarios and captures the essence of each: people living on a refuse tip, a hospital with terminally ill patients, young prostitutes selling themselves to help eke out an existence for their families. In this portfolio, light-hearted and happy scenes – for instance, showing the visitors to an agricultural show – are few and far between. Next to the motorway there is the prison, which is what caught Subotzky’s attention: “I’m interested in the image of the prison as the centre point of the city.” Its inmates are predominantly locals from Beaufort West who, after prolonged unemployment, have turned to crime and attacked and robbed their families and neighbours. Nothing remains for them – except the never-ending roar of the highway heard over the prison walls. When the photographer created his series, even twelve years after the end of Apartheid, there was little sign of the new conditions in society. “Working on ‘Beaufort West’ led me to change my approach. At first I had a classic photo reportage in mind. Getting to know the inmates, however, relationships were formed,” explains Subotzky, who also worked directly with the prisoners and started workshops. 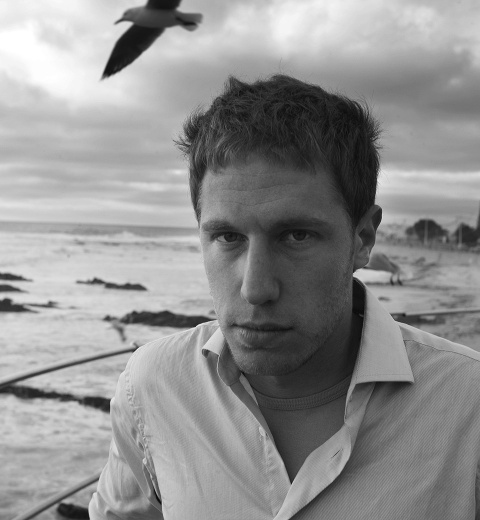 Mikhael Subotzky was born in 1981 in Cape Town, South Africa, and graduated with distinction from the Michaelis School of Fine Art at the University of Cape Town. His works are concerned with the structures of narrative and representation, as well as the relationship between social storytelling and the formal contingencies of image making. He has received numerous awards, including the 2008 ICP Infinity Award, the 2012 Standard Bank Young Artist Award and the 2012 Discovery Award at Arles. His book “Beaufort West” was published in 2008 followed by “Retinal Shift” in 2012, and “Ponte City” in 2014, which won the 2015 Deutsche Börse Photography Prize. Subotzky has been a member of Magnum Photos Agency since 2011. He lives in Johannesburg. 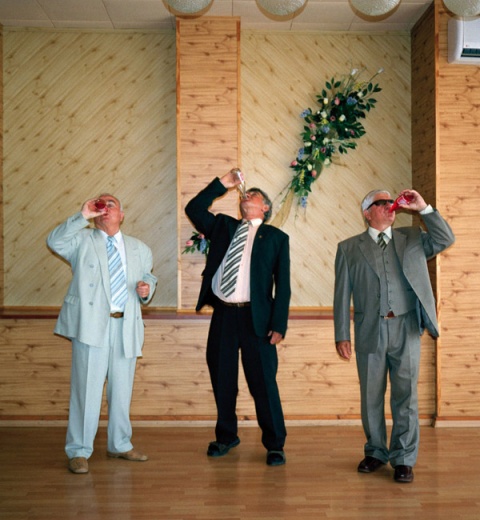 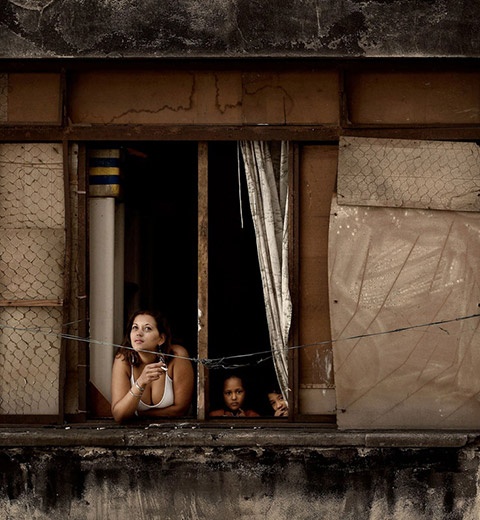 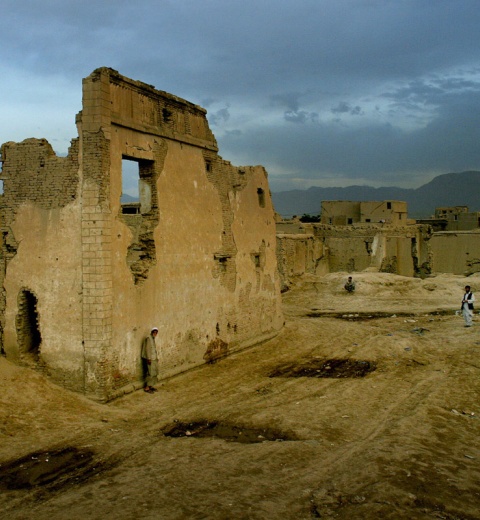