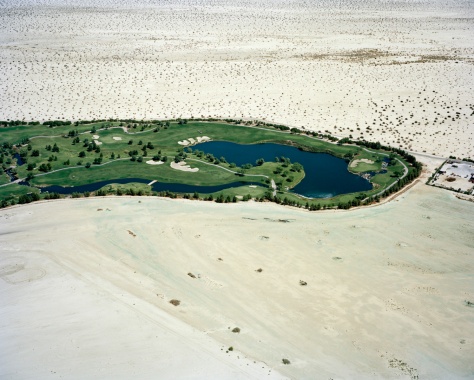 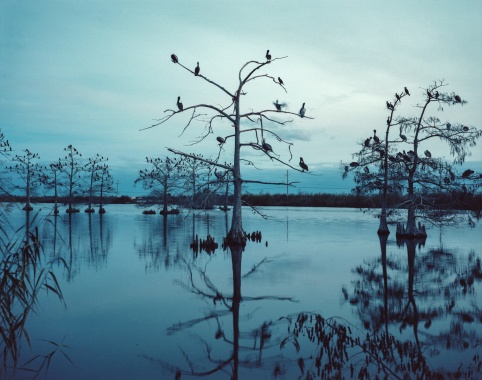 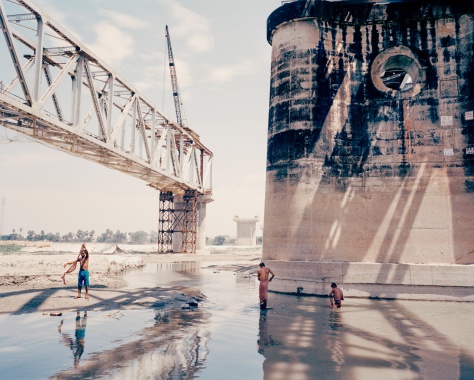 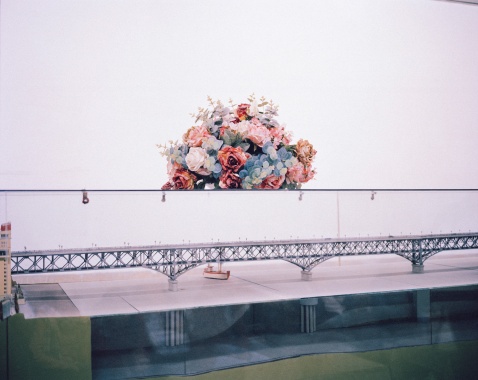 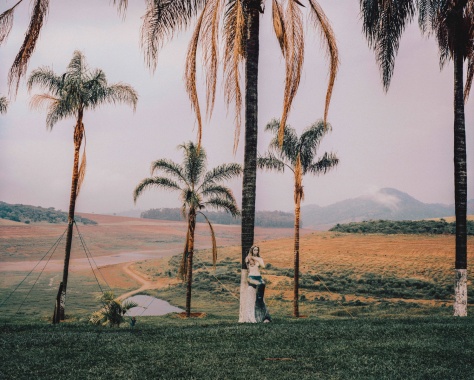 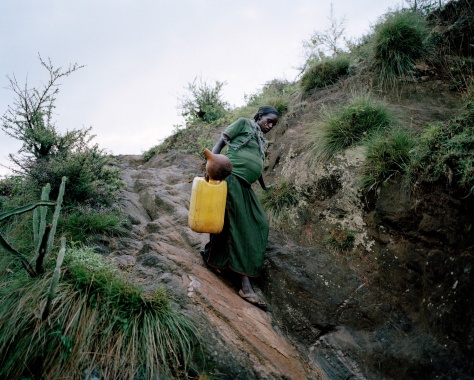 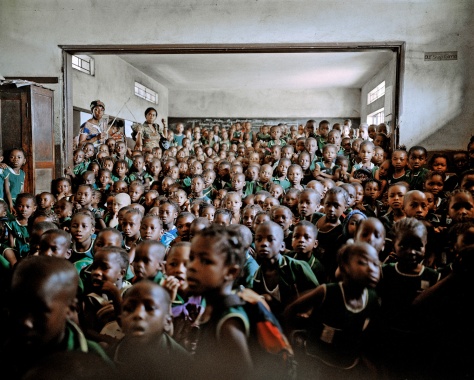 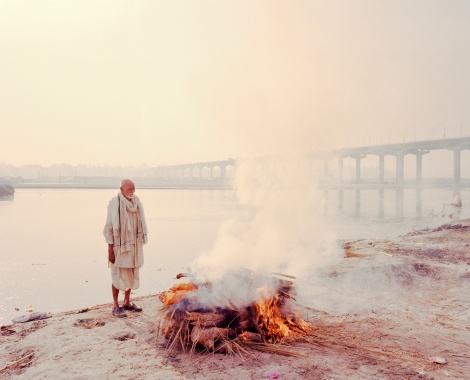 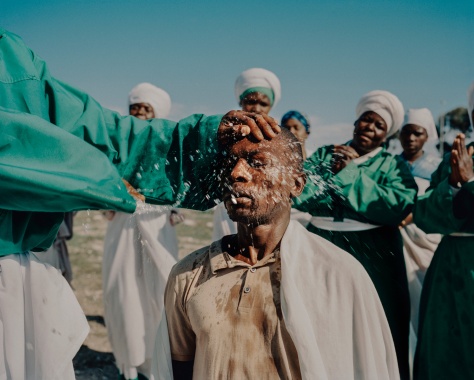 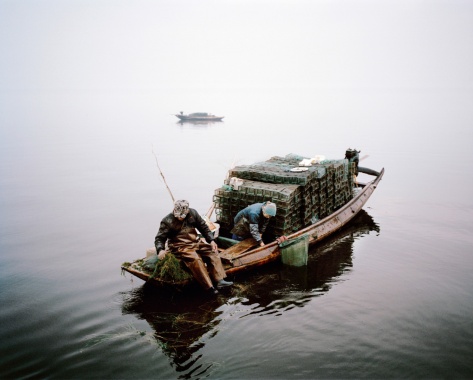 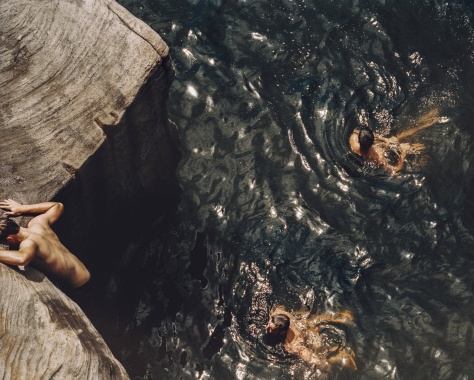 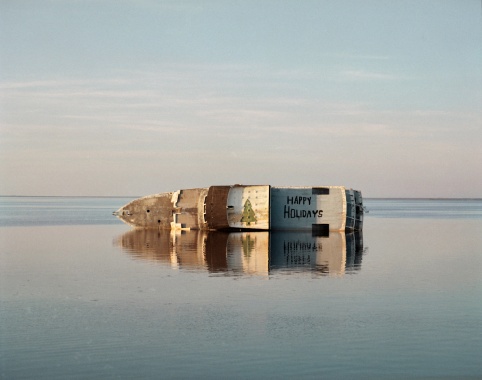 With his epic long-term project, “Water”, Mustafah Abdulaziz, winner of the 2019 Leica Oskar Barnack Award, is underlining his understanding of photography. He has packed this universal theme into powerful imagery, producing a visual commentary on the relationship between humanity and the environment.

“This project is my way of exploring the world,” says Abdulaziz, summarising the intention behind his “Water” series – a series that has developed over more than eight years, with pictures captured in every corner of the world. The undertaking also allows him to examine his own personal ethos, and reflects his desire to draw closer to the subject matter. With its deeply symbolic images, the presentation reveals how water touches every aspect of human existence – whether as an indispensable element, as part of religious ceremonies, as the basis of trade routes, or as a means to produce greenery for recreational facilities. What emerges in his pictures is the quintessential essence of the overall theme that envelops the series: “‘Water’ is a long-term project about how human beings interact with the natural world and what this means for our civilisation and our future.”

“I choose to do this work not only because it brings me great fulfilment, but because it is necessary. This project is my way of exploring the world, of participating in a relevant and responsible way. It is a way to give meaning to an overwhelmingly large but critically important topic.”

As he considers the different facets of our relationship to nature and the planet, the visual approach Abdulaziz uses for his photo essay is naturalistic and documentary, while also exploring metaphor. All the motifs in the cycle confirm the fact that without water there can be no life. In some cases the meaning of an image is striking, as in the example of the green golf course in the middle of the California desert. Other pictures require complicated mental deductions: from the photographer’s perspective, the three young swimmers are a symbol for the process of evolution, with life emerging from the water and moving onto land. As for the model of a bridge in China, decorated with flowers as propaganda celebrating masterful major construction projects, the image is rather reminiscent of Snow White in her glass coffin.

“Photographs inherently have the potential for great beauty, and this is also something I am cautious about,” explains Abdulaziz: “It must be balanced with something else, something meaningful in terms of concept and presence, otherwise I don’t believe in it; and if I don’t believe in it, I can’t expect a viewer to either. When it comes to the photos in ‘Water’, this means that I am constantly assessing and reassessing each and every part of my visual approach. It must be an on-going and organic process of discovery. It has to fail at times, because failure during experimentation brings me liberation; it illuminates new paths for me, that I would otherwise never follow.”

By working on this project with analogue film, the photographer set himself a technical challenge. “The process of reduction is part of the game. Analogue photography is like a poker game. You constantly have to make decisions. You can have failures, you need to take risks; otherwise there is nothing to win,” he explains. Reflection is the biggest gain, and knowledge a logical consequence. Abdulaziz has exposed our way of dealing with the natural resource that is water. He does not want his pictures to serve as a documentary about the situation, but rather as a commentary on human behaviour. They allow us to recognise the course we are following, the aspects we subordinate and, ultimately, what we need to consider. 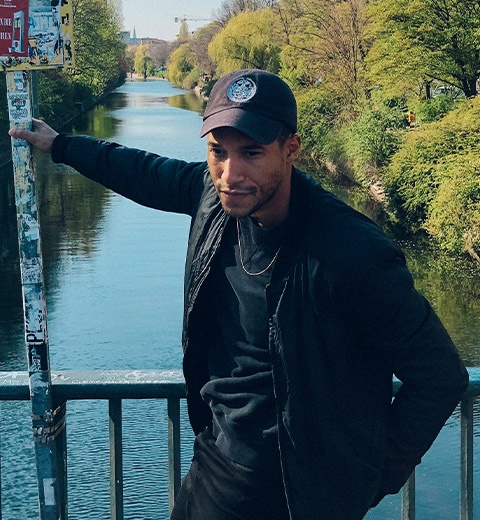 Abdulaziz, born 1986 in New York City, is a self-taught photographer. He moved to Berlin in 2011 after working as the first contract photographer for the Wall Street Journal. His work has been exhibited internationally. He is currently a fellow of the Alicia Patterson Foundation. His series “Water”, on which he has been working for more than eight years, has received support from the United Nations, WaterAid, the WWF, VSCO and Google.