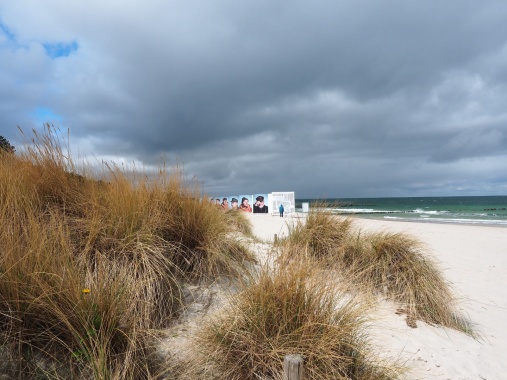 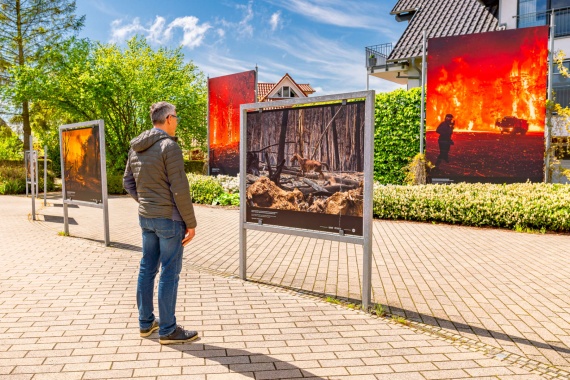 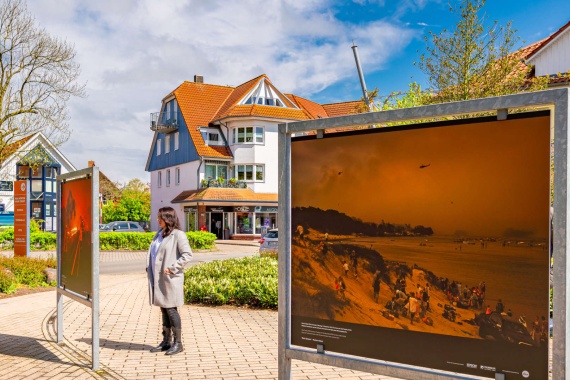 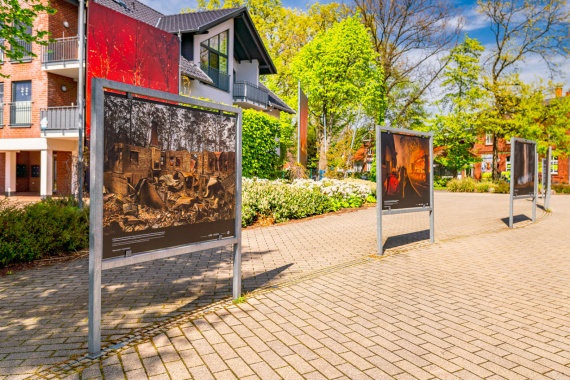 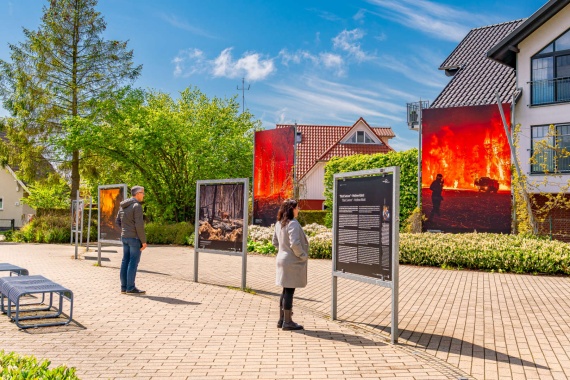 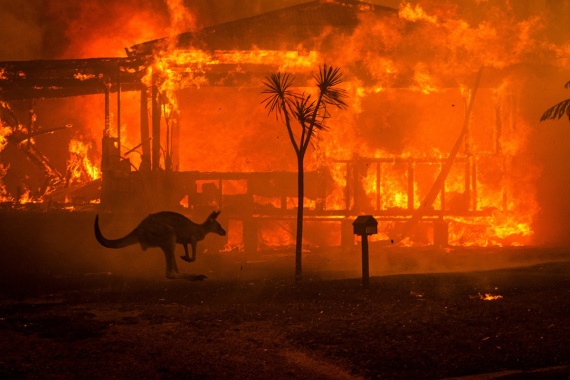 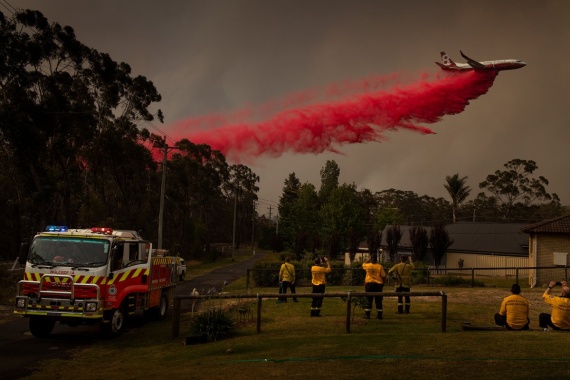 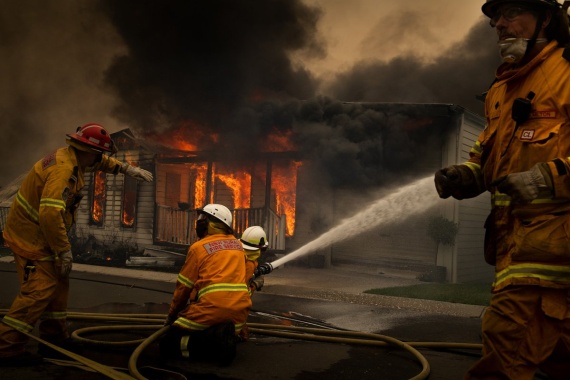 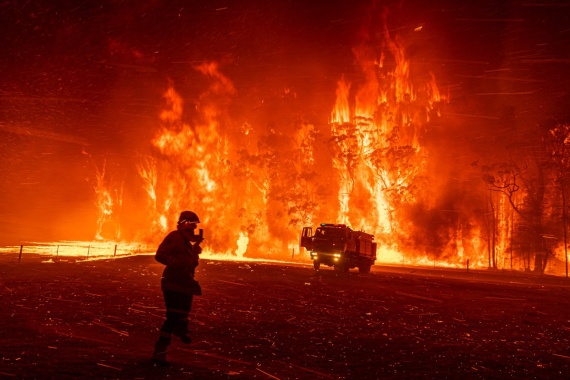 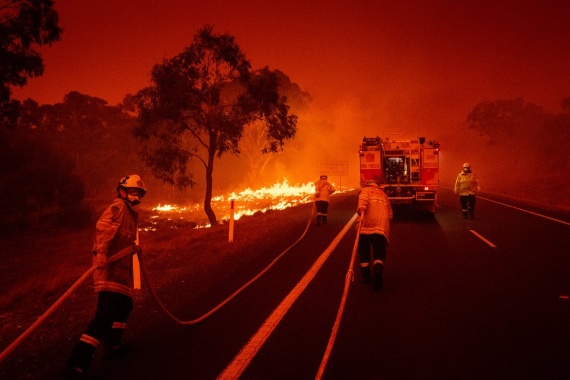 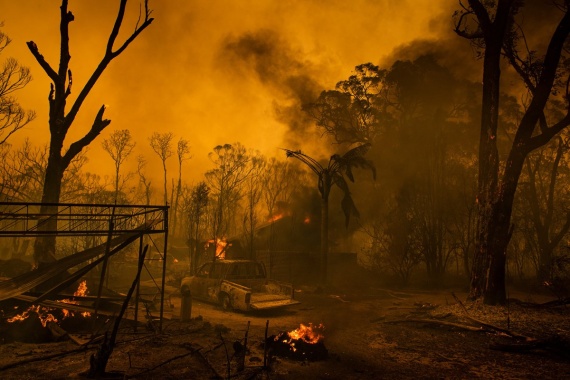 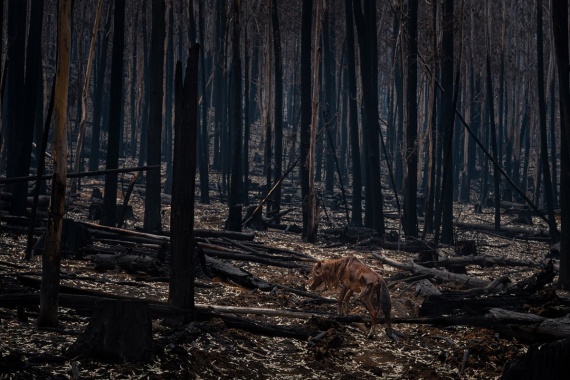 In 2021, the popular holiday destination on the German Baltic Sea coast is, once again, home to the “horizons zingst” Environmental Photo Festival. As in recent years, Leica is a festival partner. This summer there is a particular aspect to the presentations: most of the exhibitions are designed for open-air settings. This is why many of the picture series may still be seen on the beach or around town, even though the actual festival programme had to be cancelled at short notice, due to the pandemic.

One of the exhibitions is dedicated to the “Black Summer” series by Australian photographer Matthew Abbott. Abbott was one of the 2020 LOBA finalists, for his pictures of the devastating wildfires in his homeland. From June 2019 to March 2020, Australia suffered the worst bush fires the country has ever known. Even while the fires were still raging, the event was given a name: Black Summer. After a few weeks spent taking a crash course with the fire department in Sydney, Abbott took his camera and headed for the areas that were burning. He managed to capture frighteningly horrific, yet also impressive, images of the violent fire. He documented the devastating consequences for the environment, the landscape, and the local residents of the affected areas. 34 people lost their lives. It is calculated that around 186,000 square kilometres of land, close to three billion animals, and nearly 6000 buildings were destroyed by the bush fires.

The presentation of “Black Summer”, in the middle of Zingst, will last longer than the Australian wildfires themselves did. The pictures are on display at the Postplatz, and will remain there until April 30, 2022. We spoke with Festival Curator Edda Fahrenhorst.

“Photography allows us to experience, feel, remember and consider.”

What is the motto for this year’s photo festival?

The leading theme for this year’s “horizons zingst” Environmental Photo Festival is: Water – Origin, Element, Resource, Life. Water is everywhere; it is the basis of all life and, because of that, it is the most valuable resource on our planet. At the same time, the shortage, pollution and waste of water are symptomatic of the climate crisis – the consequences of which threaten all habitats, including humanity’s.

Yet fire is at the centre of Matthew Abbott’s work…

… yes, in line with the motto. Most of the festival exhibitions deal with some facet of the central theme. So, this includes the lack of water, or deals with its elemental counterpart, fire. Over recent years, gigantic wildfires have raged in different parts of the world. Fortunately, photographers have set out each time to capture pictures of this horror – be it in the Amazon region of Brazil or in California.

How did you discover the Matthew Abbott series?

While I was researching the subject, I came across the 2020 LOBA shortlist, and was captivated from the first moment I looked through Abbott’s series. I was – and remain – deeply touched by the scenes that he observed; by the elemental violence of the fires that he approached; and by the great loss that the Black Summer means on so many levels, and which Abbott’s photography conveys in a very direct manner.

How will the pictures be presented in Zingst?

Abbott’s “Black Summer” series will be hard to miss, as it’s at the Postplatz, in the middle of Zingst, close to the “Polarnacht” exhibition by Esther Horvath. The violent columns of fire will burn in 3 x 4.5 metre displays. People’s efforts to put out the fire, the animals’ attempts to escape, and the devastation left behind by the fires will all be part of the exhibition installation.

What plans are there, after the cancellation of the original festival programme?

It is incredibly sad that it became impossible to celebrate “horizons zingst” as we wanted to. What we can do, however, is display photography and speak about it. So this is what we are going to do, throughout the year; and, what’s more, we’re doing it with enthusiasm! Together with our partners, we will modify some of the content that had been prepared, and present it over the coming months. We’re also already looking to next year: the planning for the 15th “horizons zingst” Environmental Photo Festival has already begun. It’s due to be held from May 20 to 29, 2022.

The Matthew Abbott series will be on display, until then. Many thanks for speaking with us. 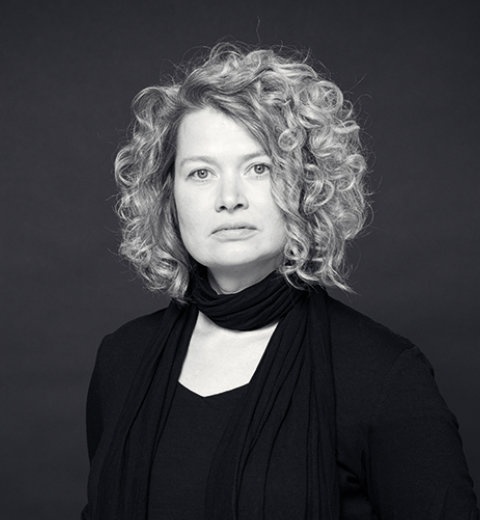 Edda Fahrenhorst, from Hamburg, has followed the development of the “horizons zingst” Environmental Photo Festival over the years; she has lent it her expertise, as co-curator, for the past two years. Photography is the common thread that weaves through her biography. She studied Photography in Bielefeld and worked as a Picture Editor for the Bilderberg Agency. For the past ten years, she has been the owner of Fotogloria in Hamburg, a company focussing on photographic collaboration.