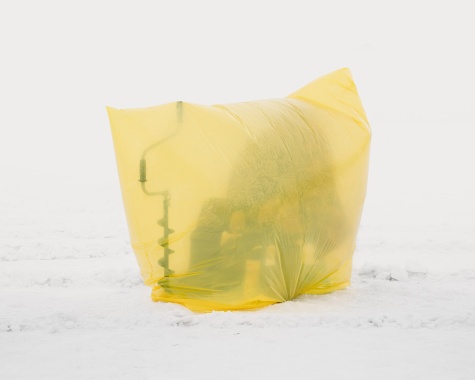 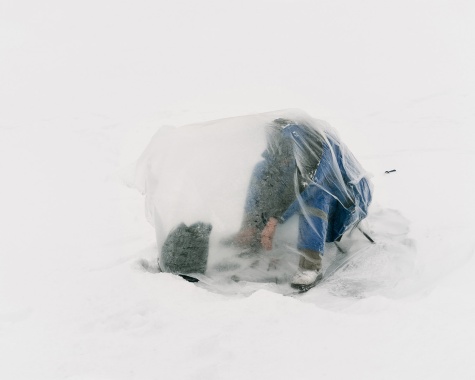 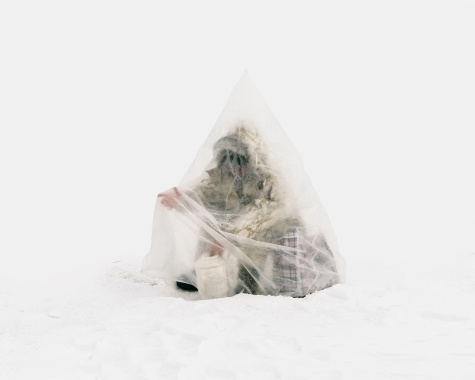 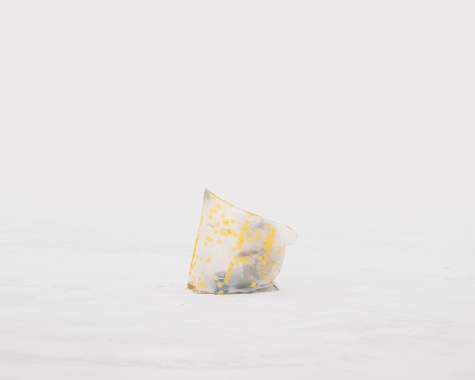 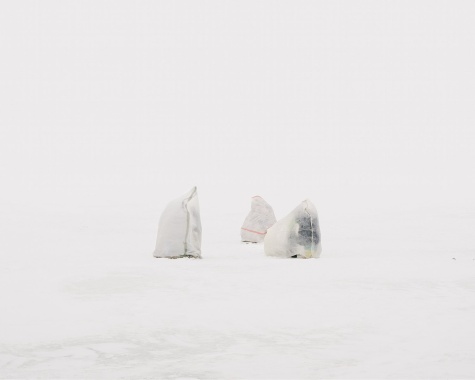 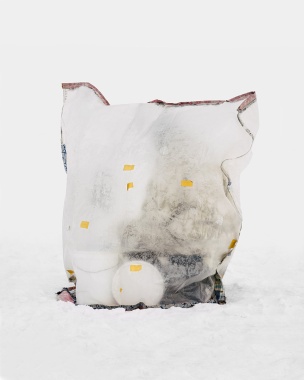 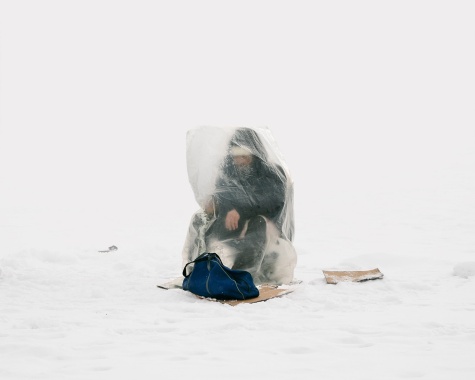 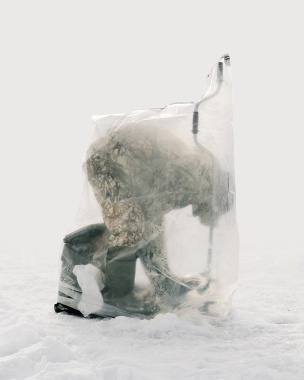 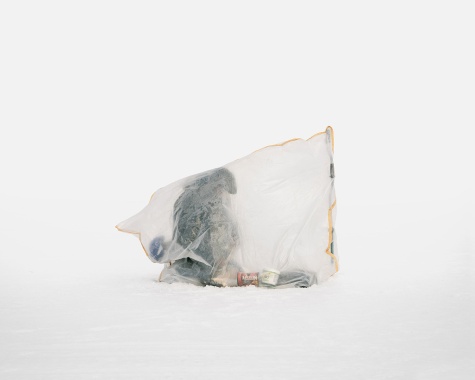 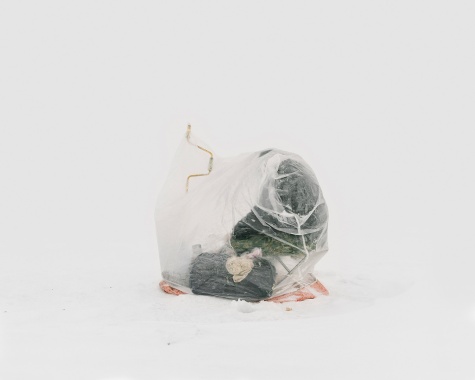 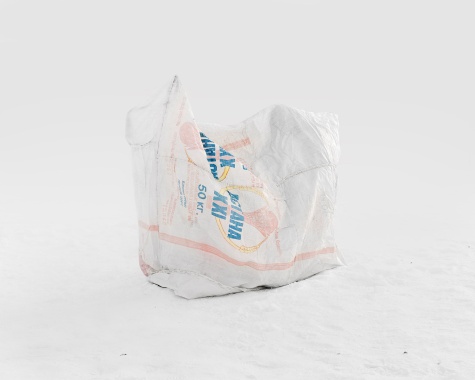 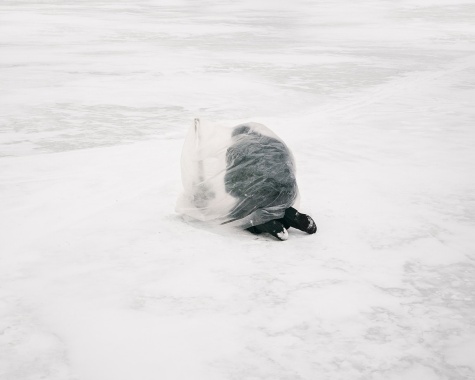 In Astana, northern Kazakhstan, modernism romps around in gaudy colours. Irrespective, ice fishermen sit on the frozen river Ishim, hoping to make a good catch. The tents they use to protect themselves from the icy cold have been patched together with the leftovers of consumerism and capitalism.

According to frost ranking, Astana is the coldest capital in the world. Winter temperatures there can drop to minus 52 degrees Celsius. During the winter months, winds from northern Siberia blow virtually unhindered through the region. Astana only became the capital of Kazakhstan in 1997. After the land-locked country obtained its independence following the fall of the Soviet Union in 1991, the city in the north of the country was first made its capital in 1994, receiving the name of Astana in 1998 – which in English simply means ‘capital’. With barely one million inhabitants, the metropolis fresh off the drawing board appears to be something of a post-modern architectural fantasy – beaten out of the steppe by Kazakhstan’s autocratic ruler, Nursultan Nazarbayev, during the intoxicating oil boom of the nineties.

“With this project I was interested in the vestiges of a nomadic way of life despite the country’s embracement of modernity.”

Kyrgyzstan photographer Aleksey Kondratyev went to Astana in 2014. At the time, his work was focussing on the transformation of central Asian states in the post-Soviet era. However, what he came across on the frozen river Ishim as it meandered through the capital, had little to do with futuristic dreams. What he saw were man-size, plastic tents, each occupied by a ghost, of which virtually the only thing discernible through the foil was their lack of movement. In some cases not even that. Kazakh ice fishermen had crafted together these mobile shelters. Thin layers of plastic, patched together out of bags and rice sacks – the waste products of consumerism serve to protect against inhuman temperatures.

“With my ‘Ice Fishers’ series, I wanted to show the vestiges of a nomadic way of life despite the country’s embracement of modernity,” Kondratyev explains. Consequently, his picture reveal not only the carefully glued together shelters, but also a meeting point between age-old traditions and post-modern hysteria. Quite casually and without pointing any fingers – they build a bridge between extremely humble comfort and the outbreak of morbid consumerism. 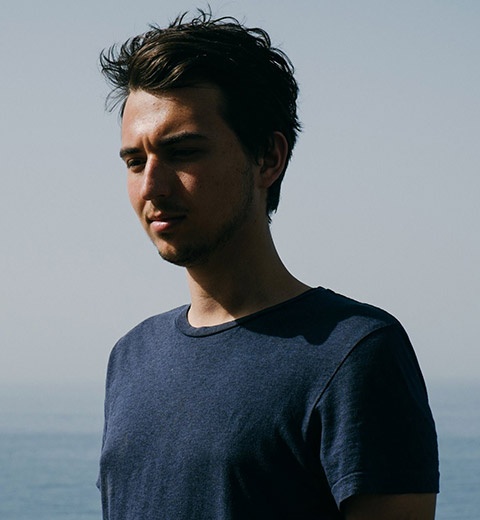 Born in Bishkek, Kyrgyzstan, in 1993, the photographer first studied in Los Angeles, before completing his Bachelor of Fine Arts at Wayne State University in Detroit. He held an artist residency at Fabrica in the Italian city of Treviso in 2015, and published his first book, ‘Formations’, at Fabrica in 2016. Kondratyev has already received a number of recognitions, including finalist for the 2016 New East Photo Prize. His work is on display at solo and group exhibitions, as well as international photo festivals. His clients include CNN, National Geographic and Libération. Kondratyev currently lives in Detroit, but will be moving shortly to Los Angeles. 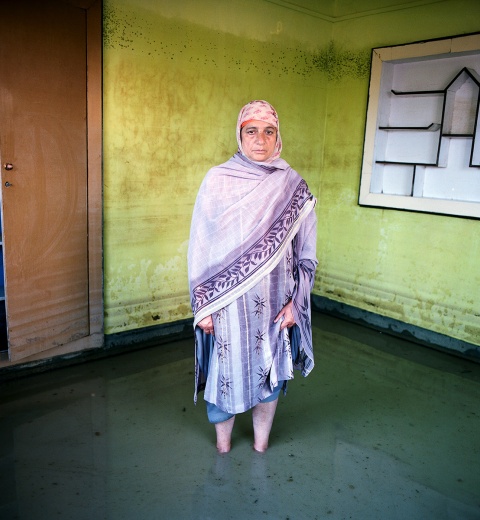