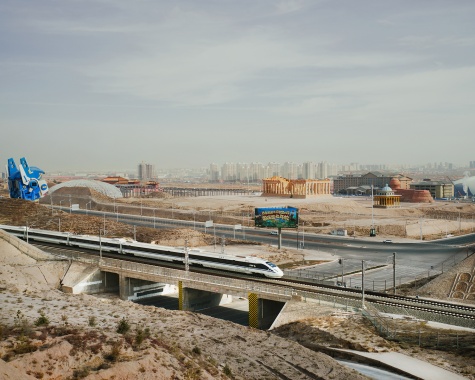 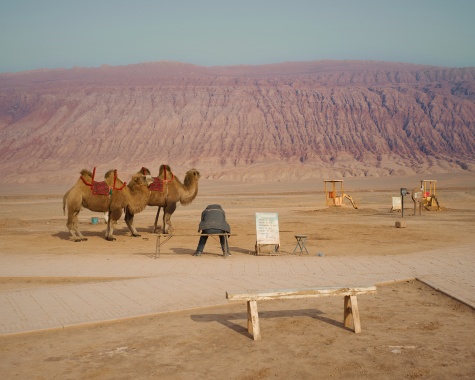 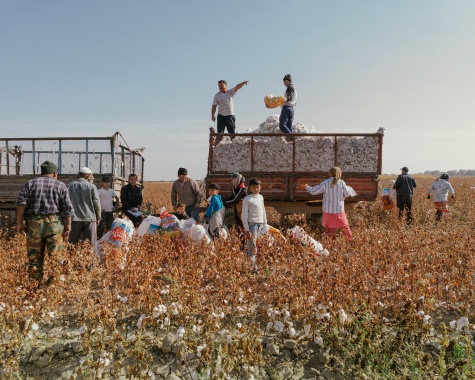 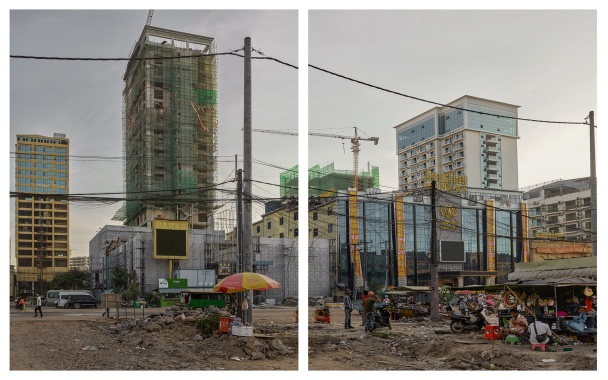 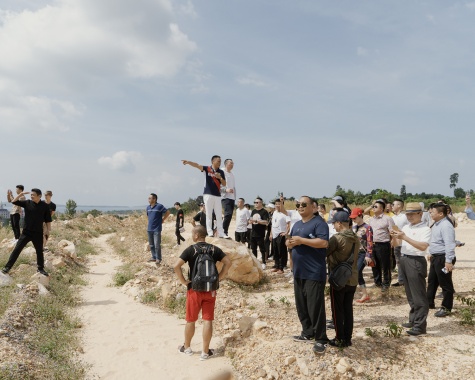 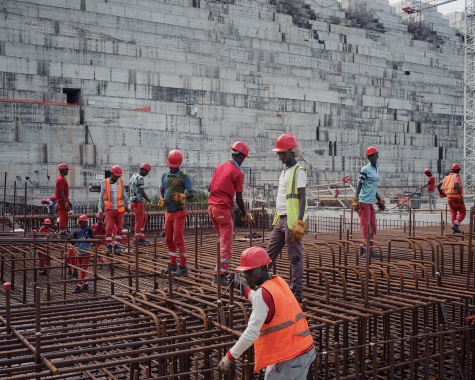 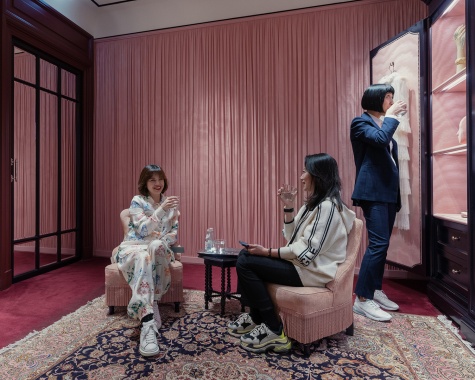 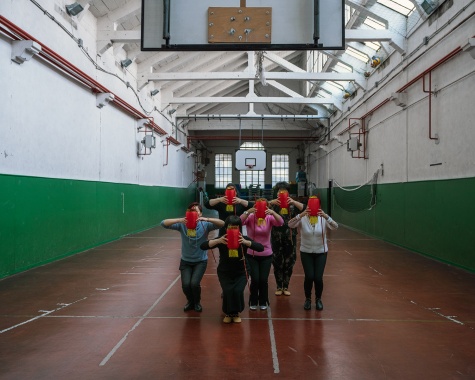 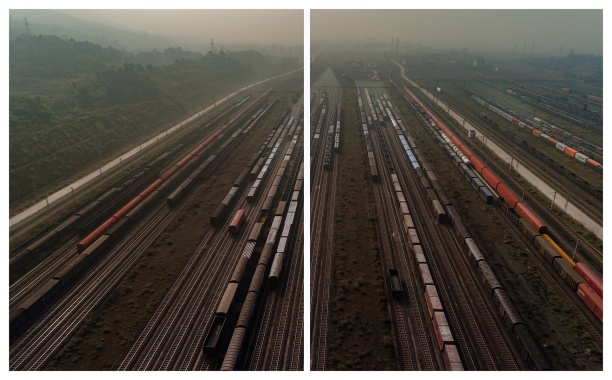 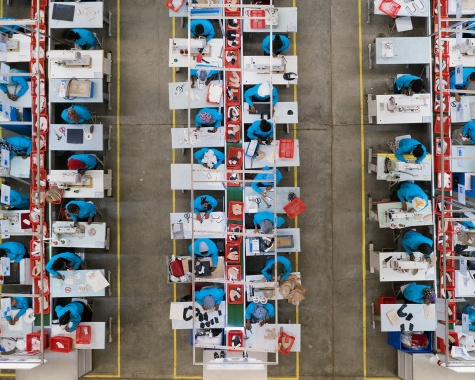 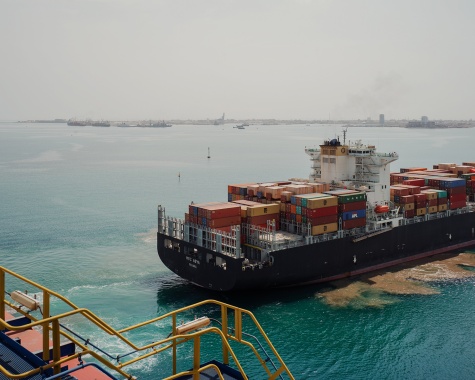 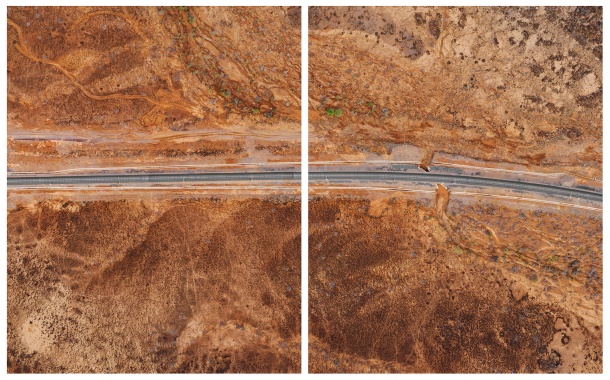 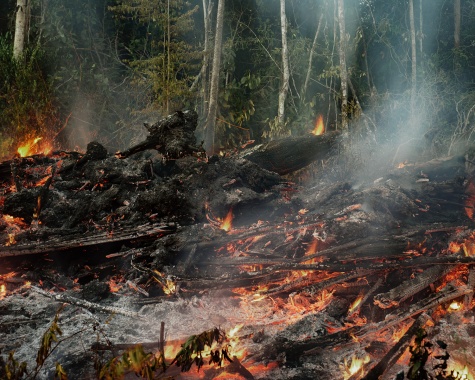 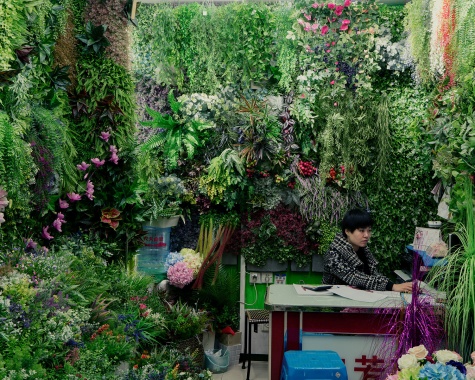 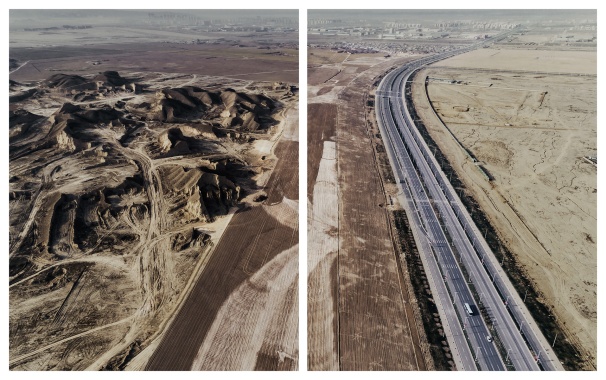 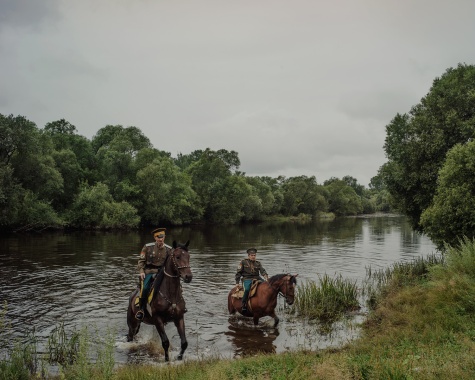 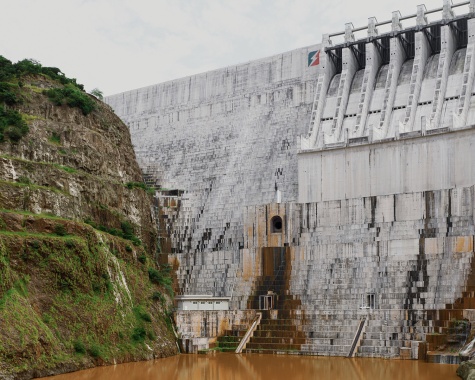 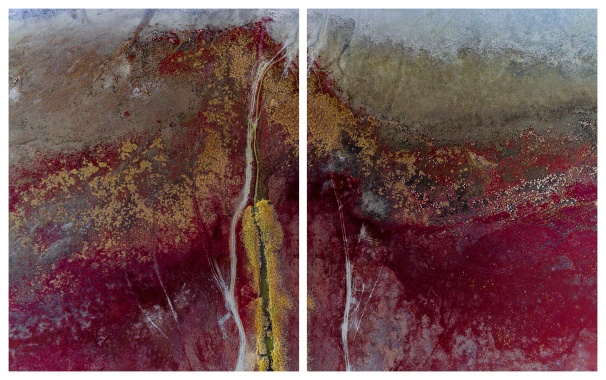 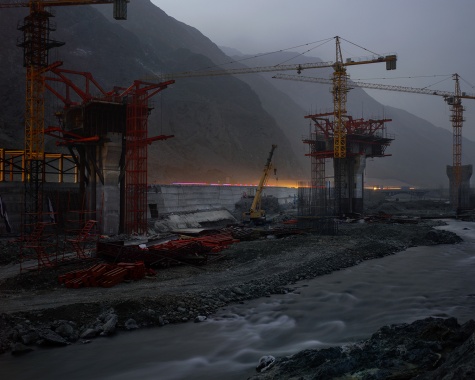 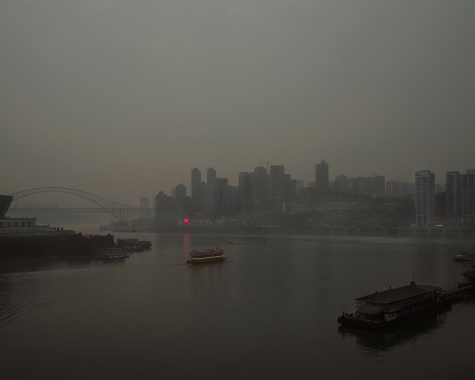 His work springs from interests that transcend his passion for photography. Using the example of China, Davide Monteleone’s series presents multi-layered images that reveal the global consequences of economic expansion.

“Sinomocene”, the title of Monteleone’s photographic project, is a combination of ancient Greek and Latin words that describe what the series is about: China, money, and new things. The influence of this most populous country is growing steadily. Its economic ascendancy is symbolized not least by skyscrapers, some of which are hundreds of metres high, and among the tallest in the world. On the scale of superlatives, the People’s Republic has been at the forefront for some time now: higher, faster, further, greater purchasing power, and economic superpower.

The Italian photographer decided to dedicate a photographic project to documenting this boom phenomenon. His series is a visual examination of China’s political and socio-economic expansion – but the questions it asks go well beyond the country itself. “Like many of my previous works, this series also questions the relationship between power and individuals and global geopolitical dynamics,” the photographer explains. “In this case, the Chinese economic power is an expedient to try to understand what the social, political, and environmental consequences of huge financial funding are.”

“I try to be as accurate as I can in choosing the places or situations I want to shoot, using maps, and collecting as much information as possible. From a narrative point of view, I try to avoid visual stereotypes and I am not interested in building images that are traditionally decorative.”

The basis for this project is the Belt and Road Initiative (BRI), also known as the New Silk Road. This gigantic Chinese undertaking aims to build new roads, railways, harbours and digital infrastructures to unite 65 percent of the world’s population. The idea is to establish the foundations for long-term economic growth in developing countries. Yet, might it also be the start of a new type of economic colonialism?

Monteleone followed the BRI for a number of years, across four continents and seven countries, including Cambodia, Djibouti, Ethiopia, Italy, and Kazakhstan. His photographic essays speak of destruction and conquest, and the demystification of nature through brutal technical offensives – thanks to man, mass and money. The photographer manages to convey his perspective without using visual stereotypes; his pictures are in part scientific-geographic testimonials of an observer looking at events “from above”. His aerial images reveal the social and ecological impacts of the BRI, while other photographs offer an indirect glimpse into the affluent lives enjoyed by some members of the Chinese population, as a result of the economic boom.

“The Chinese expansion has global implications, with consequences on environmental issues, on the theme of wealth distribution, on the world economy,” Monteleone summarises. “Because of the underlying geopolitical nature of any country’s ambitions for international influence, this work pertains to some of the most urgent global issues of our times: issues relating to soft power and cultural integration; environmental conservation and inclusive economic development; international power; and fragmented sovereignty.” As a result, the photographer concludes, his series has a socio-critical aspect.

“My work has always sprung from interests that transcended the passion for photography itself.” 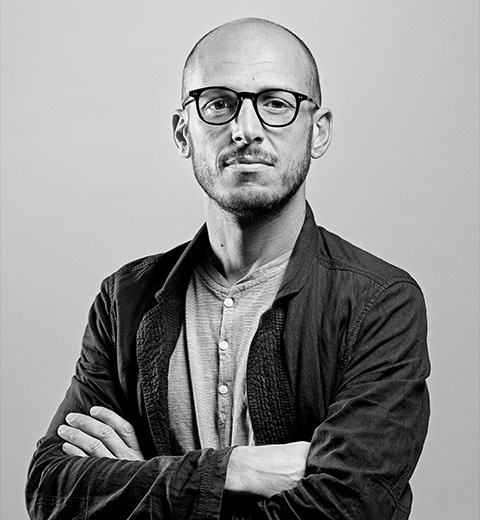 Davide Monteleone was born in Italy in 1974, studied Art and Politics in London, and currently lives mostly in Russia. He is a photographer and journalist for international magazines such as Time, The New Yorker, National Geographic and The New York Times. His work deals mainly with geopolitics, geography, identity and data issues, as well as the relationship between power and individuals. He is the recipient of the National Geographic Fellowship, the Carmignac Photojournalism Award and the European Publisher Award.