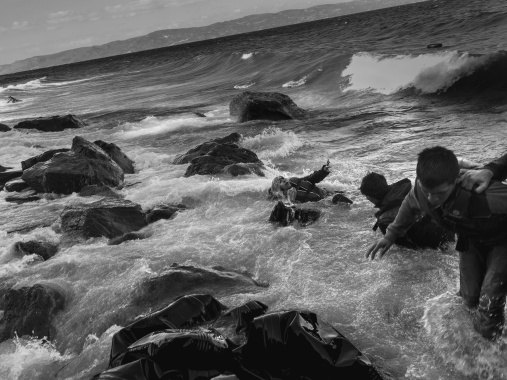 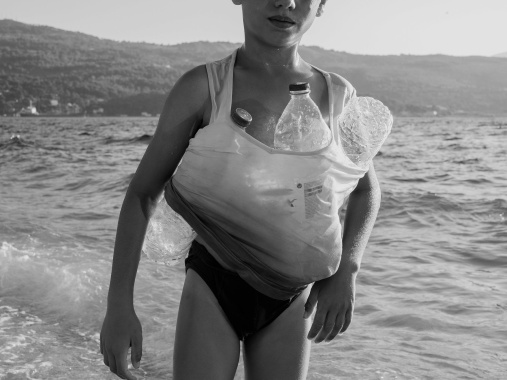 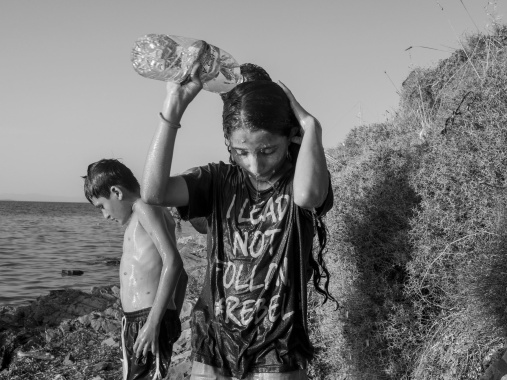 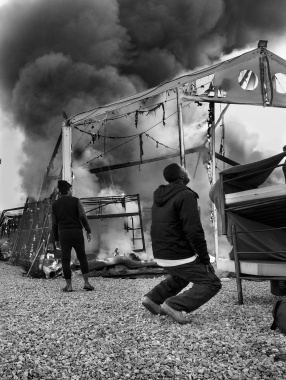 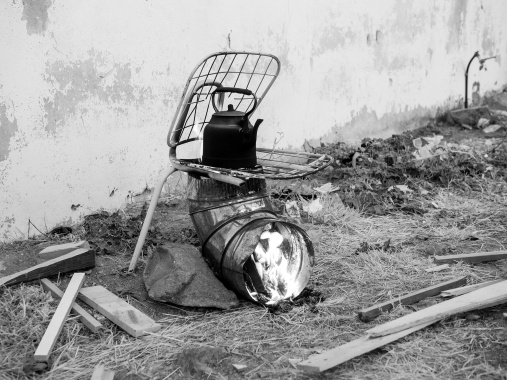 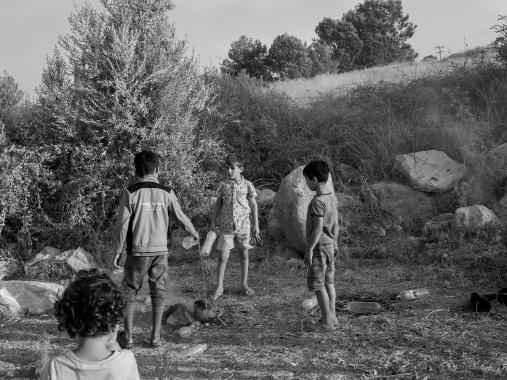 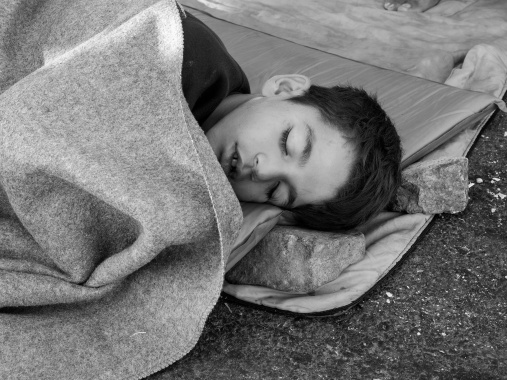 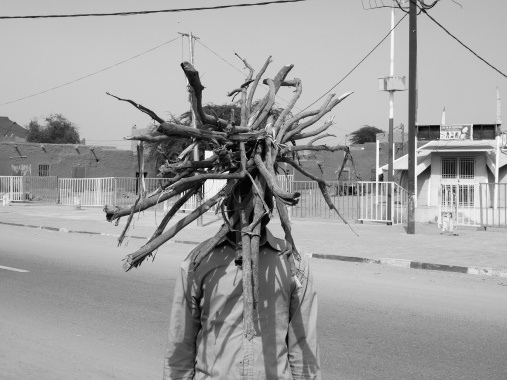 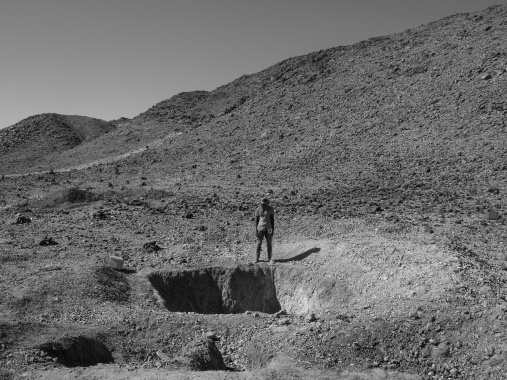 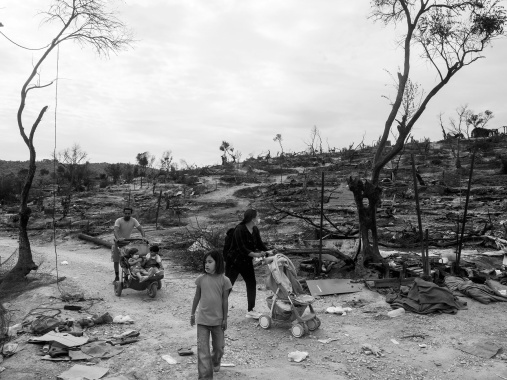 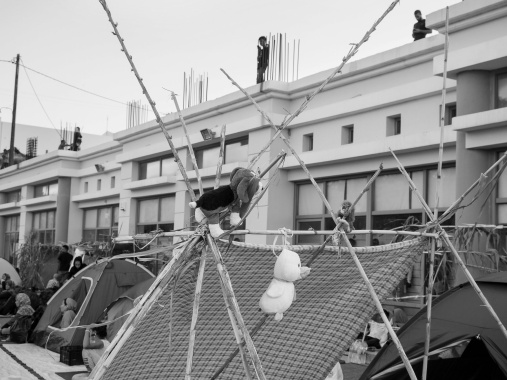 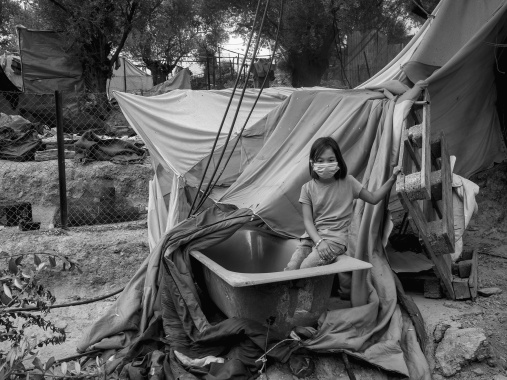 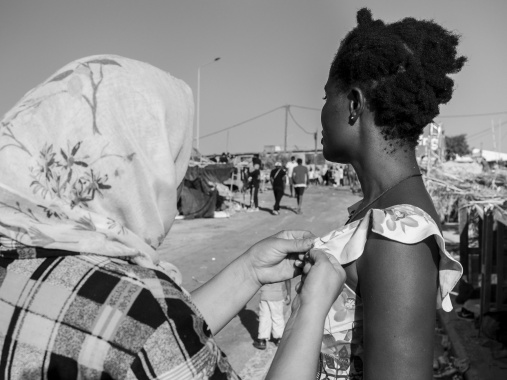 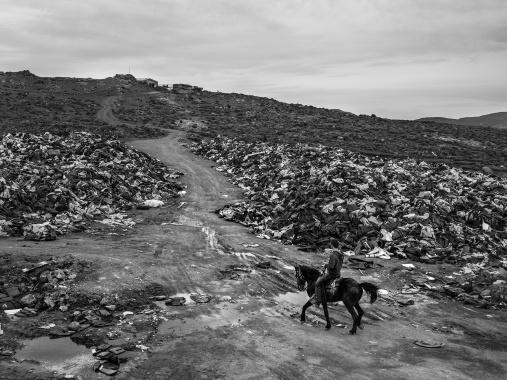 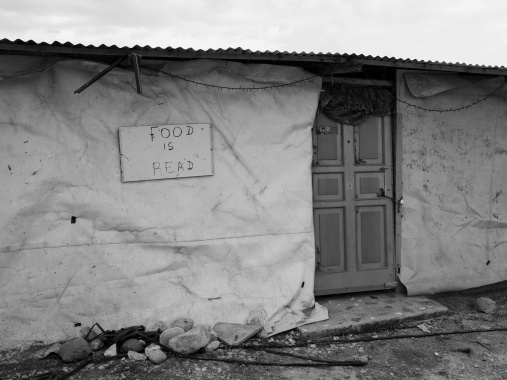 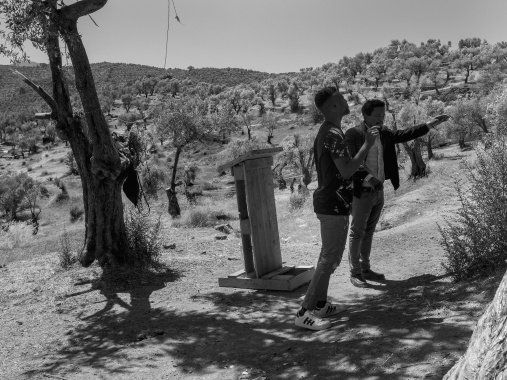 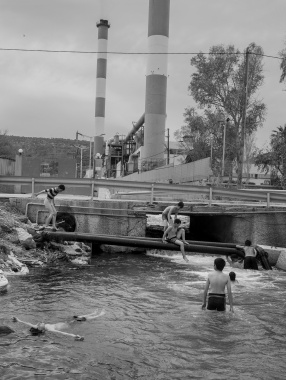 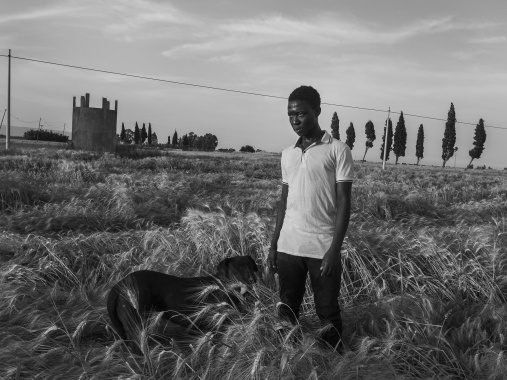 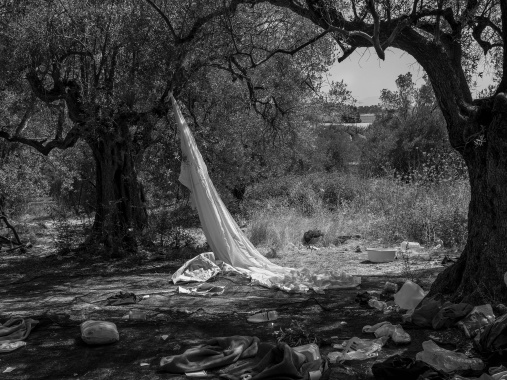 They live in camps without any privacy, without medical care and without running water. They pray beneath olive trees, bathe in the Aegean and put their children to sleep in makeshift beds made of cardboard and stone. For a number of years, the Magnum photographer Enri Canaj accompanied migrants on their journeys into uncertainty, documenting the deprivations of lives in a state of emergency.

In fact, the series reflects his own story: a story of flight and of homelessness, of places of transit and journeys into the unknown. When Enri Canaj and his family emigrated from Albania to Greece, he was only 11 years old. Those experiences left a profound mark upon him, and have become his life’s theme. They are, inevitably, also visible in Canaj’s reportage titled “Say Goodbye Before You Leave”. He himself describes his early memories as a book, once slammed shut: “When I started photographing and working on covering migration, back in 2005, that book fell off the shelf it had been on, and reopened. For me, it was a process of going back into my past, while I was testifying to the present experience of other migrants.”

“For me, a perfect photo is the one that triggers something inside your mind and soul; that affects the process of thinking and feeling. The longer that process, the more perfect the photo.”

For “Say Goodbye Before You Leave”, Canaj took photographs in Niger, Greece and Italy. He accompanied people there, as they made their uncertain journeys. He documented their improvised daily lives, the catastrophic living conditions, and their existential need – but also, their dignity. He followed many over a longer period of time, photographing the different stages of each journey, including the arrival in a foreign land, and the first months or years there, until they could begin a new life. When Europe’s largest refugee camp, Moria – a so-called EU hotspot on the Greek island of Lesbos – went up in flames, Canaj was present, and he saw many of the resulting homeless people then move onto the mainland: “I know how it feels to be trapped, being undocumented for many years, living at risk, and all of those feelings returned once again, while I was photographing the people’s journeys and stories.” The fact that he shares a common experience with those he photographs – even if at a different time – helps him to talk with them and reach a special closeness that is evident in his images. At the same time, the medium of photography has helped Canaj “to decompress all the experiences I was carrying within”.

“Through photography, I’ve learned that it is very important to have a vision and follow your path towards it – with the camera as your closest companion, as an extension of yourself.”

The touching photographs, composed by Canaj in cinematic-like black and white, represent unvarnished testimonies to the deprivations of lives in transit, on the one hand. On the other, they also attest to courage, pride and human dignity. The photos also speak of how the environment is the most important resource for the survival of displaced people: daily bathing in the salt waters of the Aegean to ensure a minimum amount of hygiene; a baby crib, lovingly built out of pieces of wood; fishing in the sea to feed the family; temporary houses, churches and mosques, set up in the middle of nowhere to safeguard body, mind and soul. “For me, this is the important part of my work – to share people’s emotions and stories; not only the tough circumstances and the misery of the inhuman conditions,” Canaj explains. It is this deeply humanistic approach that is reflected in his images. They present, with great respect and poignant honesty, nothing less than people and their stories, making Canaj’s work both deeply personal and highly political. 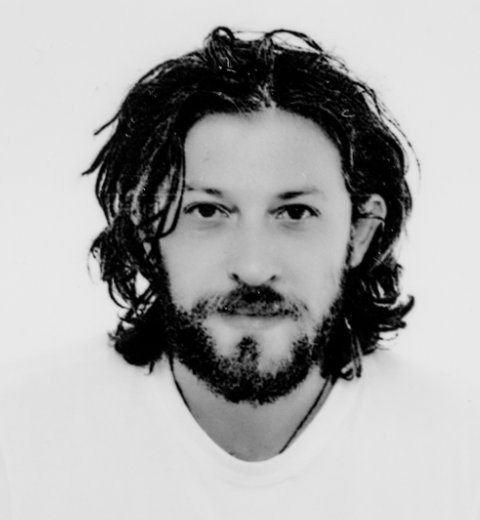 Enri Canaj was born in Tirana, Albania, in 1980, and moved with his family to Greece in 1991. He studied Photography in Athens. In 2007, he took part in a British Council project on migration, attending a year-long workshop with Magnum photographer Nikos Economopoulos. Since 2008, he has been a freelance photographer for major national and international publications, and has won several awards. In June 2019, Enri Canaj became a Magnum Associate.