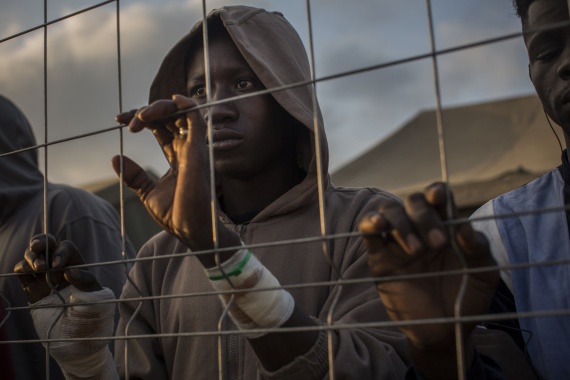 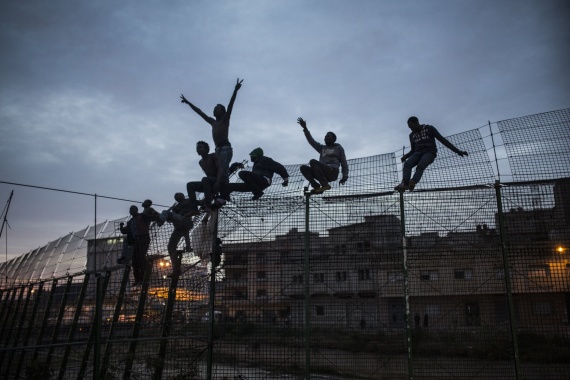 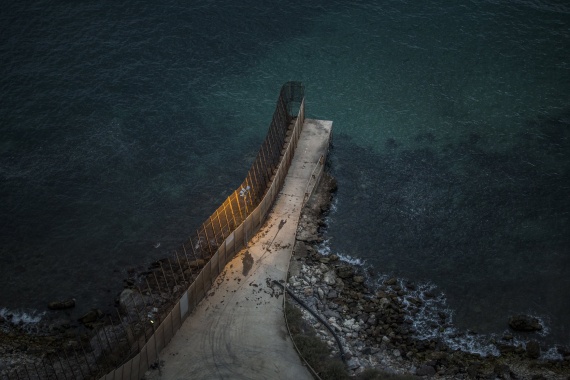 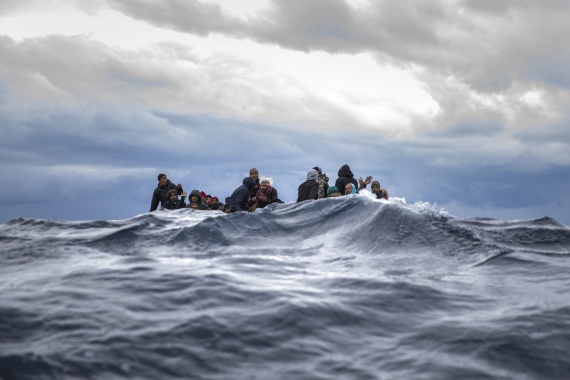 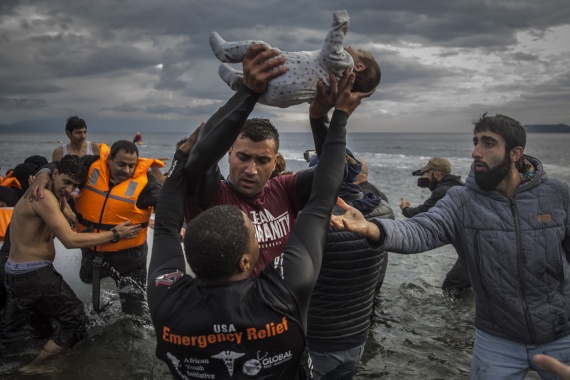 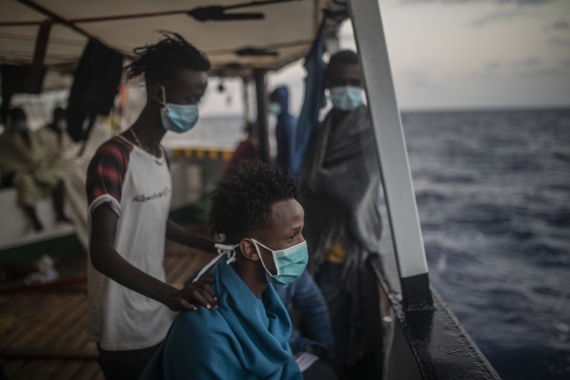 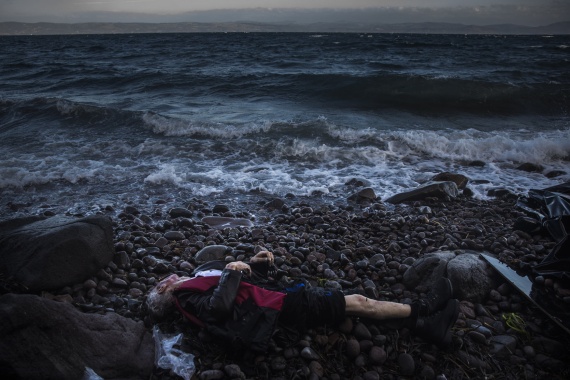 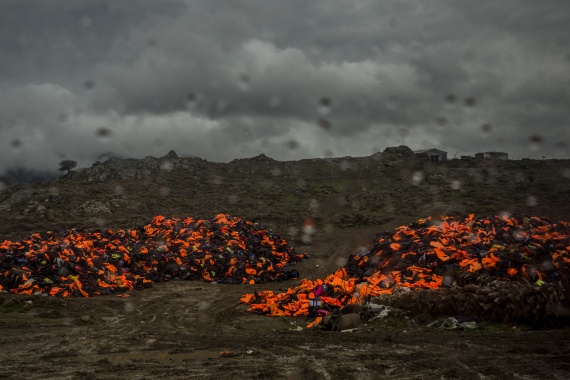 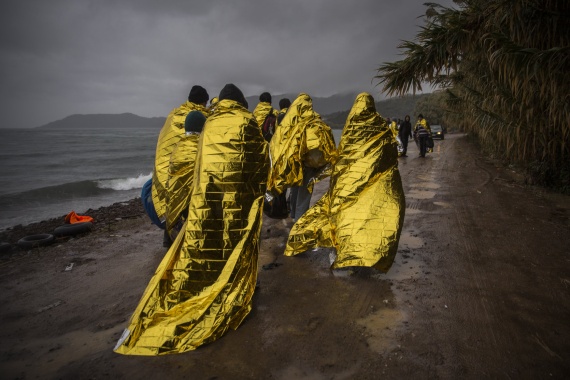 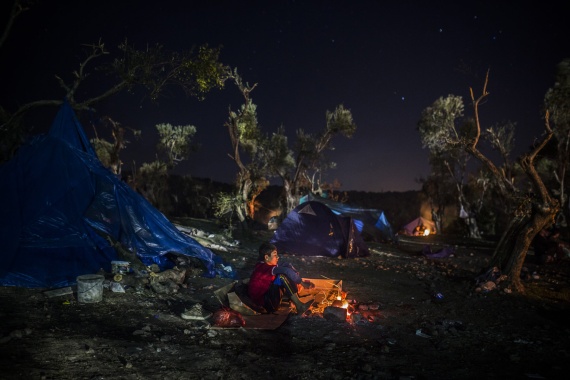 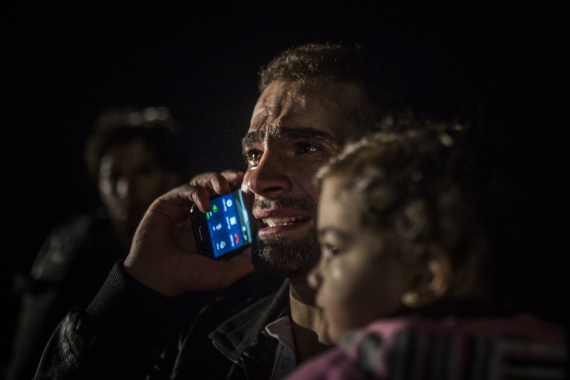 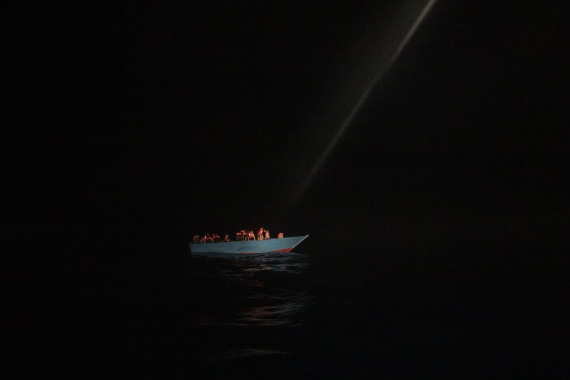 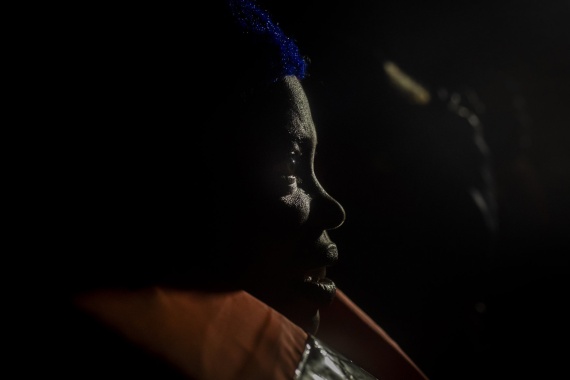 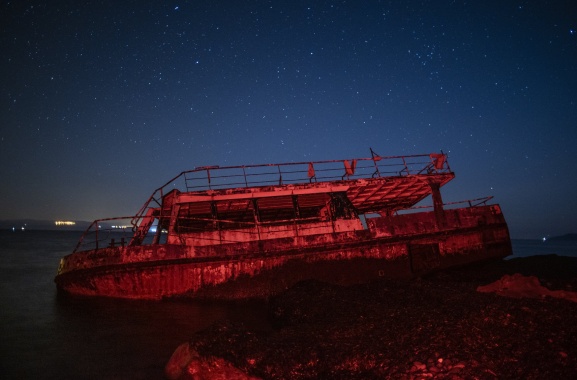 Santi Palacios – On the Edge

The Spanish photographer has been documenting the refugee movement, accompanying those fleeing, as they follow routes across the Mediterranean that link Africa and the Middle East to Europe. With powerful scenes and colours, his dramatic images reveal the degree of suffering, pain and misery that is the result of political irresponsibility.

The sea is their greatest enemy: when darkness falls, it is impossible to recognise its inherent dangers; the spray, the waves and the currents – the Mediterranean can be treacherous. They can only hope that they will survive the night on the water; that they will reach safety. Every year, over 100,000 refugees risk embarking on the dangerous journey across the Mediterranean Sea – a deadly monster that claims many victims. Thousands of people, fleeing from war, violence, persecution and hunger, begin a search for a new life – but many never reach safe shores.

“I have always been interested in migration, conflicts and human ecology, so I try to focus my work on them. It was these issues and the stories behind them that originally took me into journalism and photography.”

“On the Edge” is the title of the project by Santi Palacios, shortlisted for the LOBA. He is documenting the largest refugee movement ever – an exodus that reached its highest point yet, with over 80 million souls, in 2020. The photographer has spent the last eight years travelling along the most important migration routes that cross the Mediterranean and link Africa and the Middle East to Europe: the western route (from Morocco to Spain); the central route (from Libya to Italy); and the eastern route (from Turkey to Greece). Along the way, Palacios captured moments in which people prepared their escape, and carried it out; some died in the attempt.

“Some of the pictures that are part of this project capture scenes of people crossing borders, or rescue operations at sea,” he explains. “Those are chaotic situations, when there is little or no option for any interaction, prior to taking the picture. But there are also scenes of people’s daily lives in camps or shelters. In those cases, it is all a matter of time and building relationships.”

Palacios’s photographs are a chilling testimony to reality, capturing intimate moments of hopelessness. They show stranded people, after they have reached the shore – soaked-through, fearful and distraught. Their faces reflect the struggles of the past years, and the last hours; the agony of having to leave everything behind; and the relief, as the tension dissipates, once they have made it to their destination. While his pictures report on the sea crossing, they also tell the broader story of the journeys: for example, when a picture depicts a mountain of orange life jackets, or a capsized boat, it is symbolic of the dangers and suffering that connect all refugees, no matter which route they take.

“I wouldn’t say my pictures are important; but I would say that the work, carried out by thousands of professionals, leads to a better knowledge and understanding of the world in general, and of borders in particular; and that is important.”

Eight years of pain. Eight years of sorrow. Eight years as a witness to events surrounding refugees. How can the photographer stand it? “I deal with it much better when I feel the work I’m doing is worth it,” says Palacios. “This usually happens when the story is widely published or exhibited, and I’m able to read a reaction from the audience. It’s even easier to deal with, when I learn that some reaction to a published work has caused someone to take positive action in relation to the story I’m working on.” Consequently, the photographer does not want his pictures to simply inform the viewer; he also wants to awaken them to empathy and action. 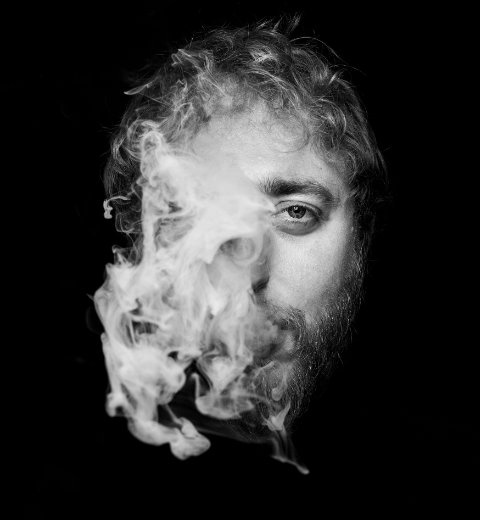 Santi Palacios was born in Madrid, in 1985, and currently lives in Barcelona. A Sociology graduate and trained journalist, his work deals primarily with issues of migration, borders, conflicts and the environment. He writes for the Associated Press and for the NGO Open Arms. He has been working as a Professor of Photojournalism at the EFTI in Madrid, and Blanquerna University in Barcelona, since 2016. His reporting on the migration routes in the eastern Mediterranean was nominated by the Associated Press for the 2016 Pulitzer Prize, in the Breaking News Photography category.