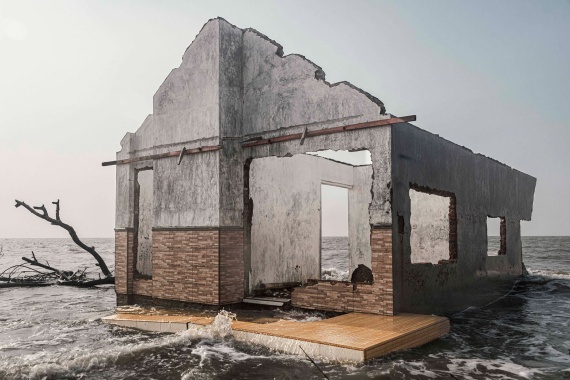 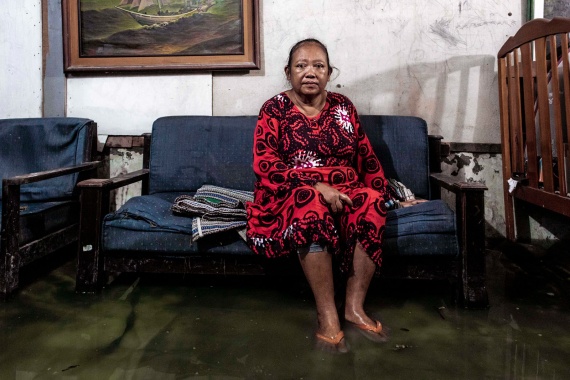 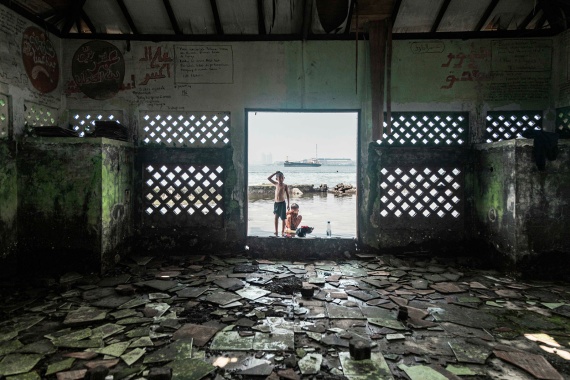 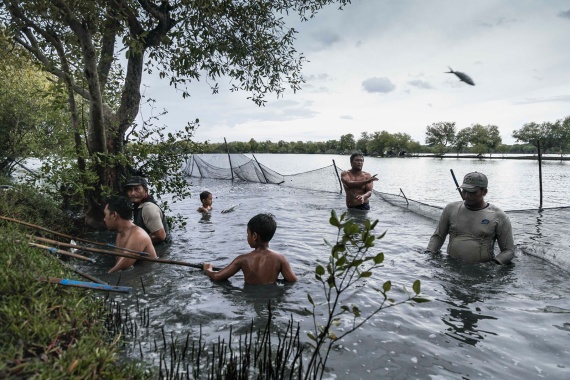 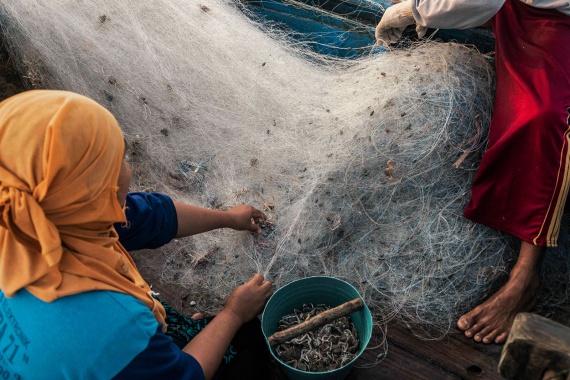 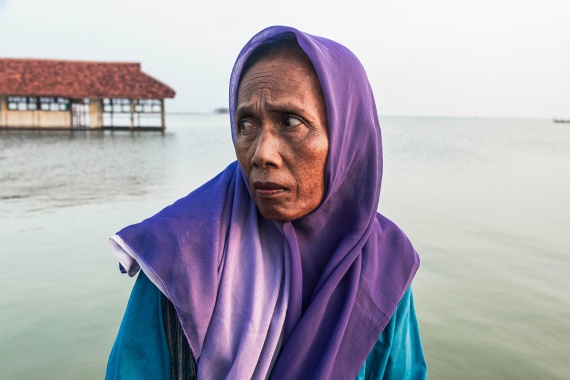 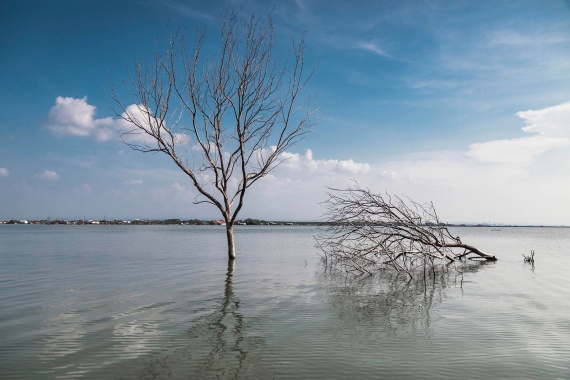 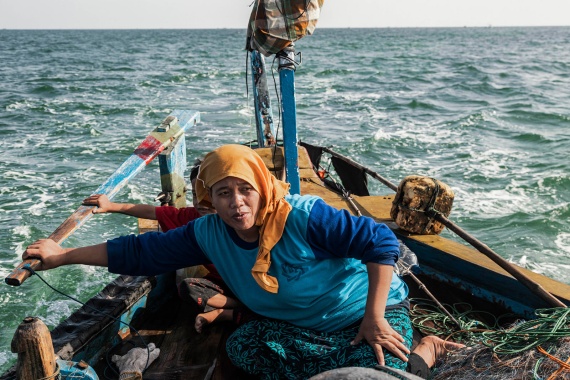 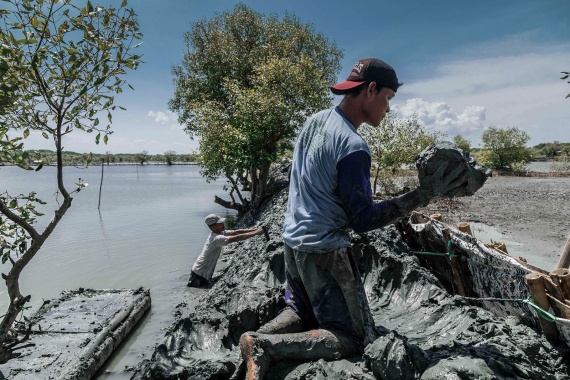 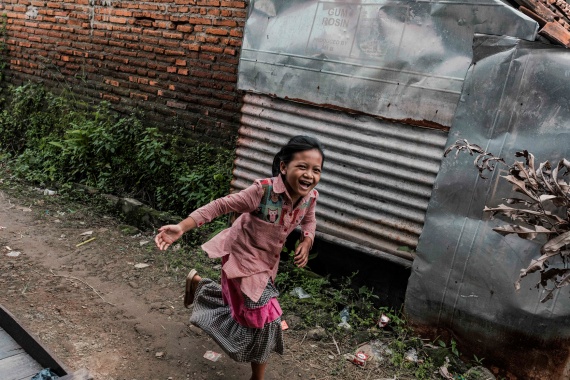 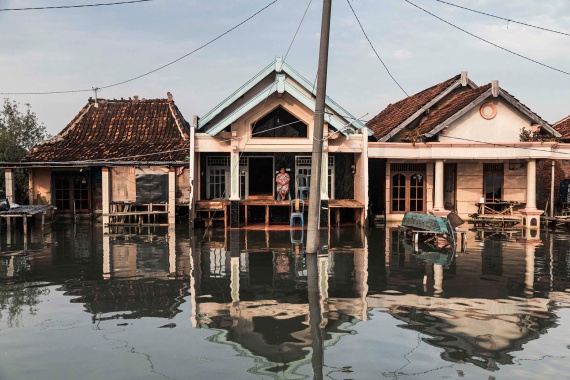 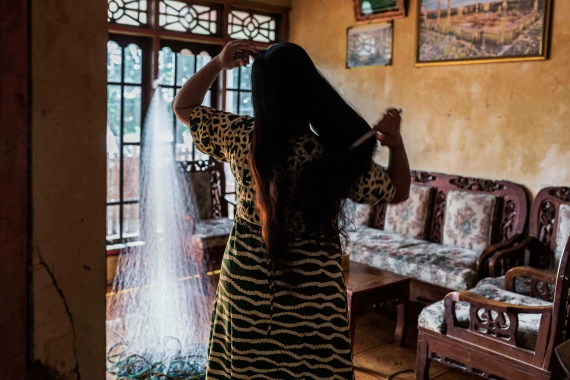 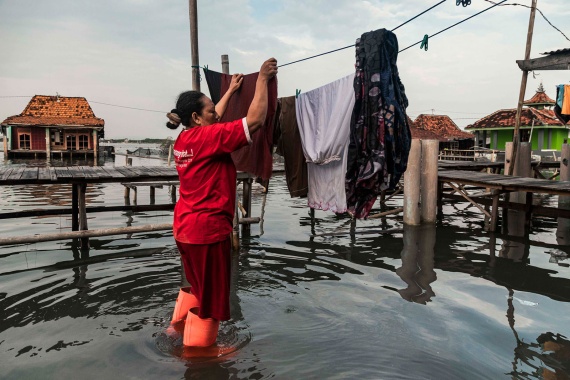 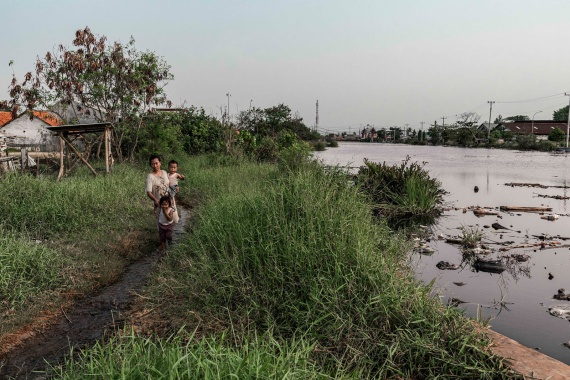 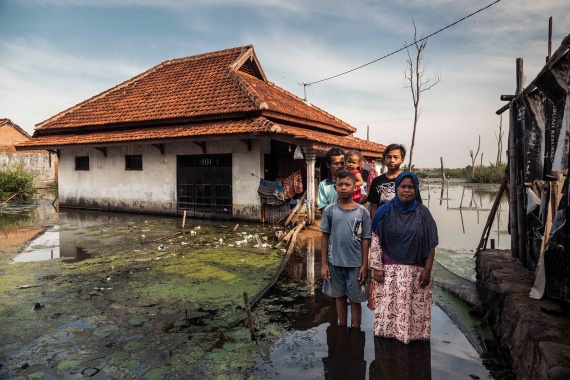 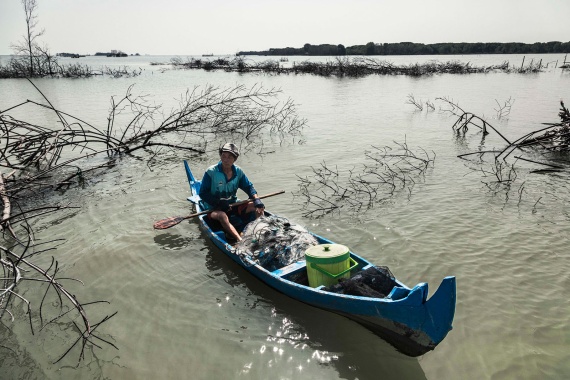 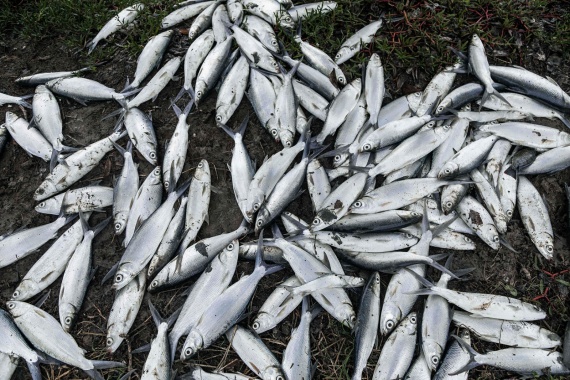 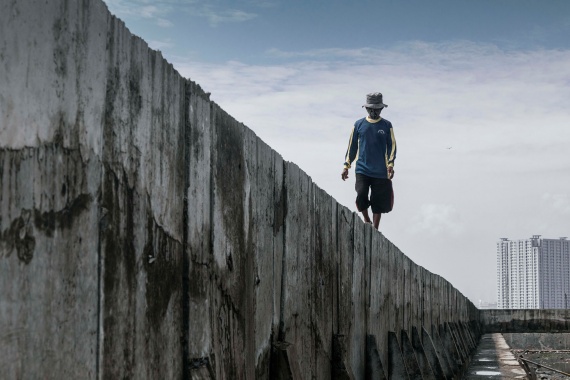 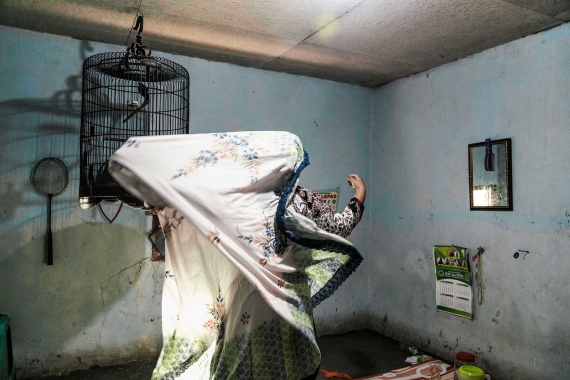 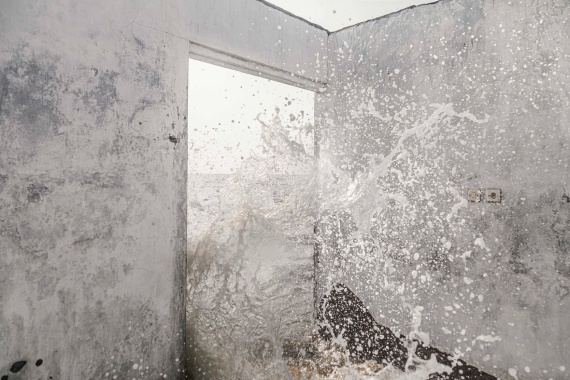 Irene Barlian – Land of the Sea

Indonesia is one of the countries most severely affected by climate change. The Southeast Asian archipelago consists of over 17,000 islands; due to rising sea levels, most of them are at risk of flooding. Irene Barlian portrays people who counter this hopeless situation with their unwavering will to survive. The pictures are as haunting as they are empathic.

Though it sounds like a surreal, science fiction scenario, it is the harsh reality of Indonesia today. It is Java, the Southeast Asian archipelago’s main island, that is most seriously affected by climate change. Displacement, resulting from rising sea levels and the subsequent floods, is a bitter fact of life for numerous people living along Java’s north coast. Jakarta, the capital and home to over ten million inhabitants – over 30 million, when considering the larger metropolitan area – has sadly gained fame as the fastest sinking city in the world. Nearly half of Jakarta already lies below sea level. According to experts, the whole region of North Jakarta will be under water by 2050. And so it was that finally, in January of this year, Parliament agreed to the Indonesian government’s plan to move the capital to the island of Borneo, and build it there from scratch. In the Javanese coastal areas, such as North Jakarta, Demak, Pekalongan and Gresik, grave transformations of the landscape have already taken place. Hundreds of hectares have been swallowed up by the sea; numerous house foundations have had to be reinforced; and populations of complete villages have been displaced to higher lying areas.

Time and again, over the past two years, Irene Barlian has been travelling along the north coast of Java, for her long-term project “Land of the Sea”. “A photograph is essential to help spread information about the real conditions that exist in parts of the world,” Barlian states. A photo can sharpen awareness, it can be a medium for creating a deeper understanding of what our future might look like; to learn from others who are already affected; and it can be a wakeup call that has to be dealt with now. Consequently, the Indonesian photographer sees it as her responsibility to “portray the actual condition of those affected areas. The extent of climate damage depends on all of us.”

“I would personally feel very guilty if I didn’t at least try to work, and talk about one of the biggest issues that threatens life on earth.”

In “Land of the Sea”, Barlian turns her compassionate eyes primarily towards women who, “all over the world have less access to resources; and who, as a result, are more endangered by climate change”. Her photographs are deeply shocking, despite their unassuming manner. The images speak of resistance; of will to survive and pride; of the final chance for action; and of inventive people who try to come to terms with the high waters – yet, with little chance in the end. “Yes, the situation is rather hopeless,” Barlian admits. “But I choose to be hopeful. I believe that we could, at the very least, collectively prevent the future from becoming the most harrowing future.” This is the reason why Barlian will continue to work with great determination on this project, for as long as it takes, till something changes. 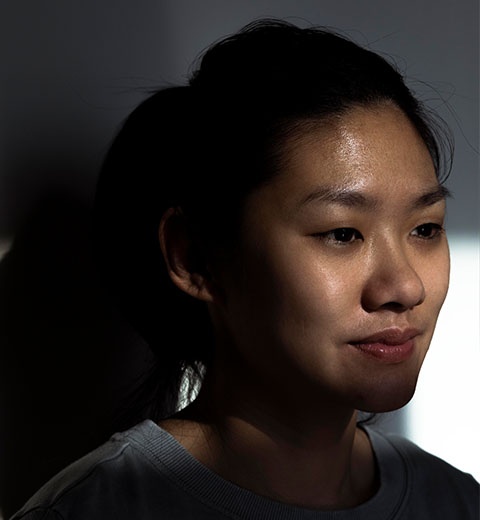 The freelance documentary photographer was born in Jakarta in 1989. The emphasis of her work lies in social, ecological and cultural stories, as well as women’s issues. The most important element of her professional undertakings is her long-term projects. Barlian’s multi-award-winning pictures have been published in The New York Times, The Los Angeles Times, Vice, and Reuters, and have appeared in group exhibitions in the USA, France, Switzerland and Greece.