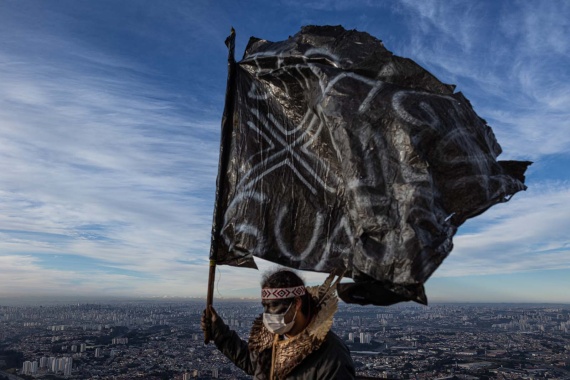 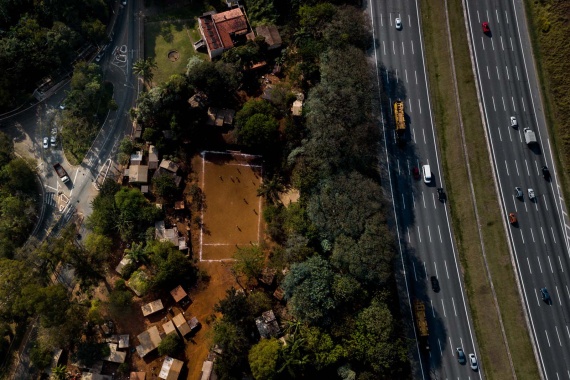 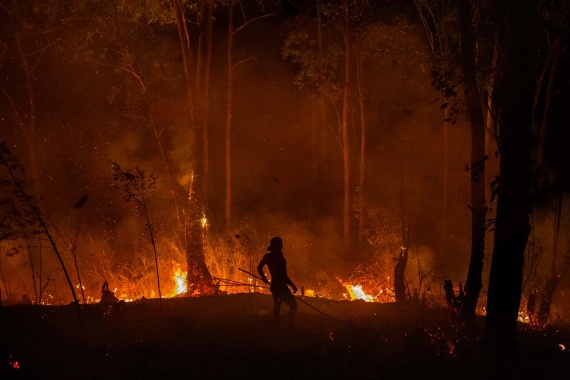 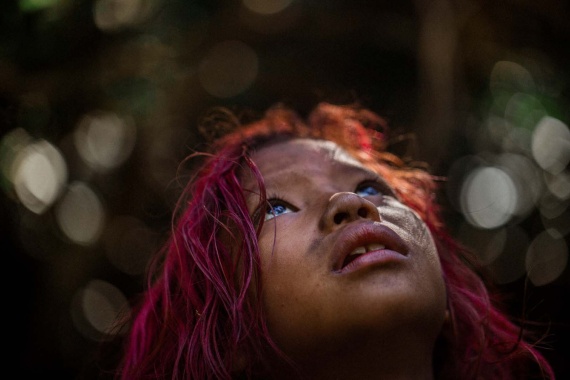 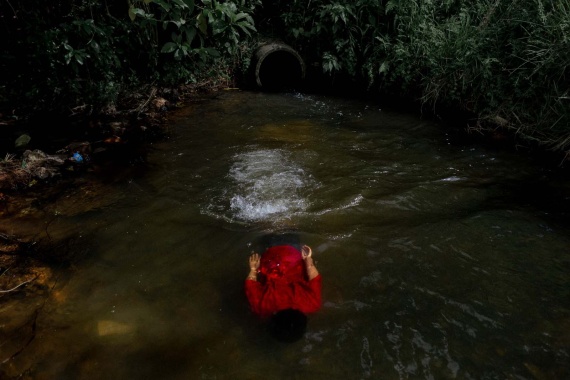 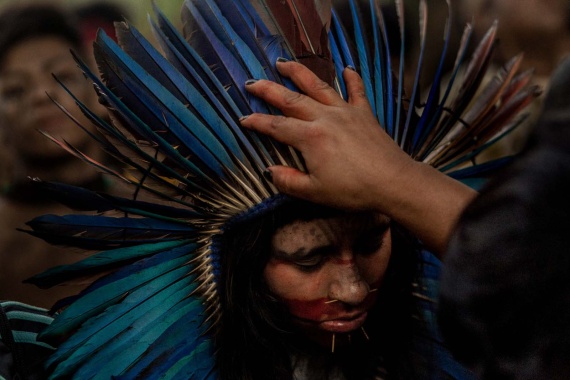 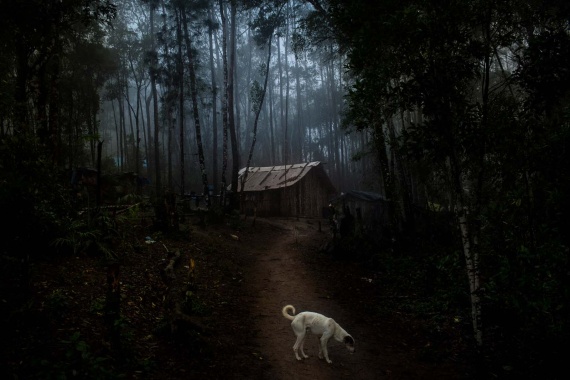 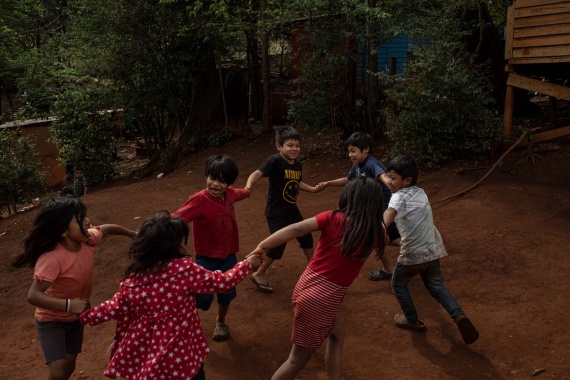 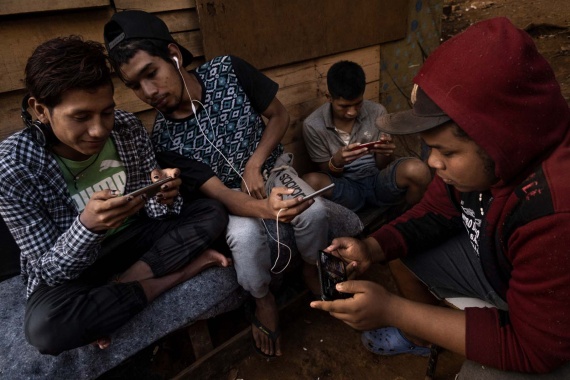 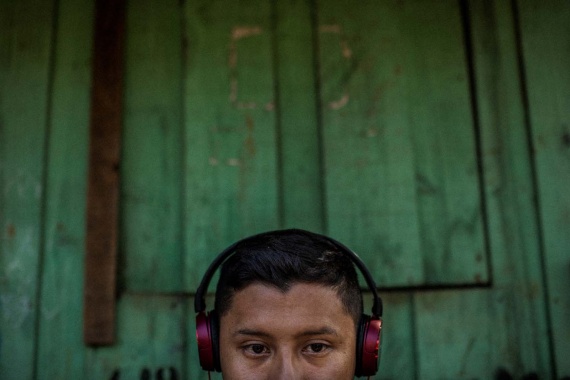 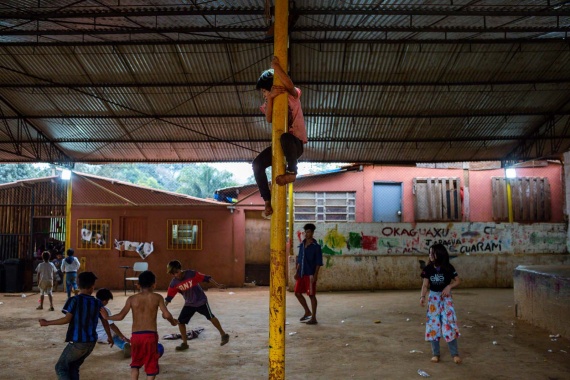 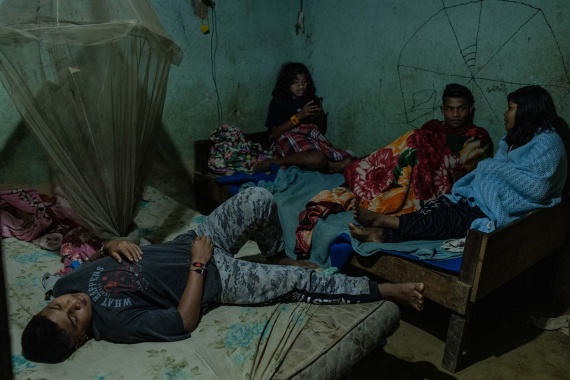 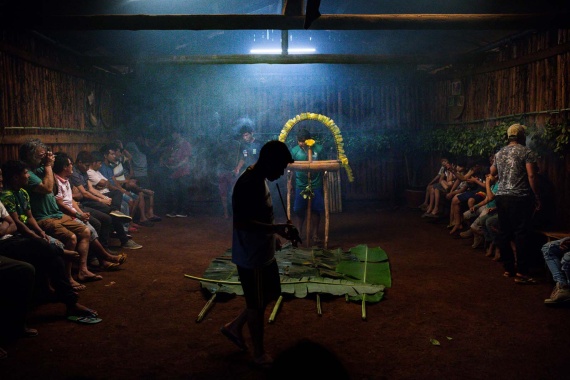 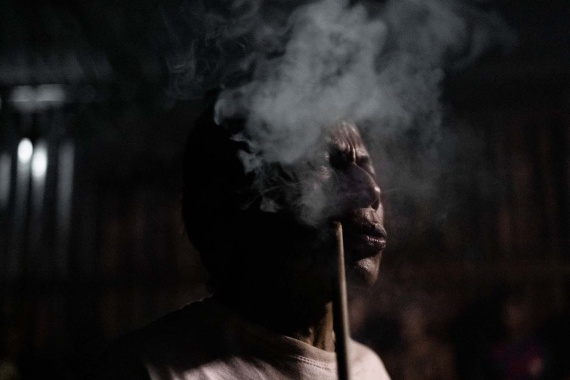 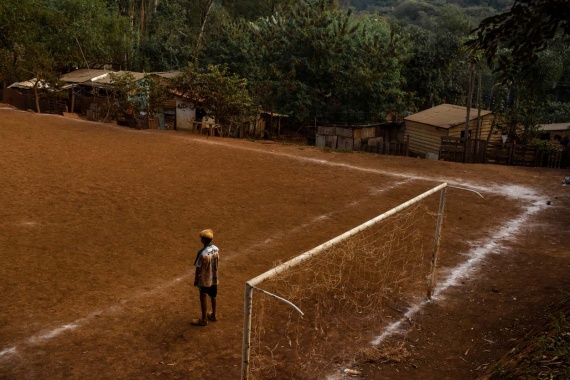 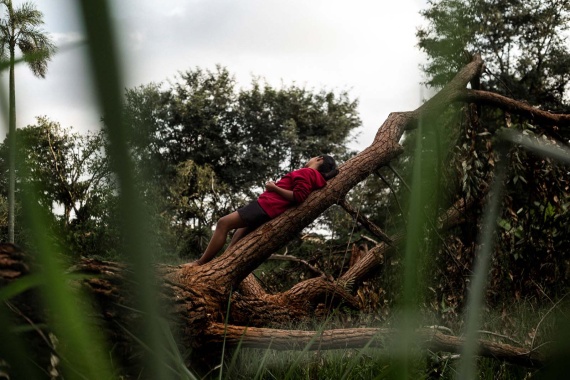 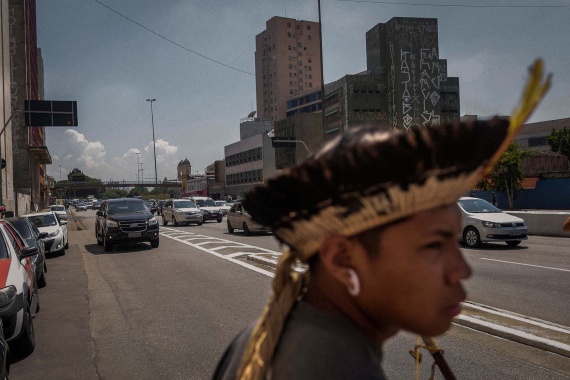 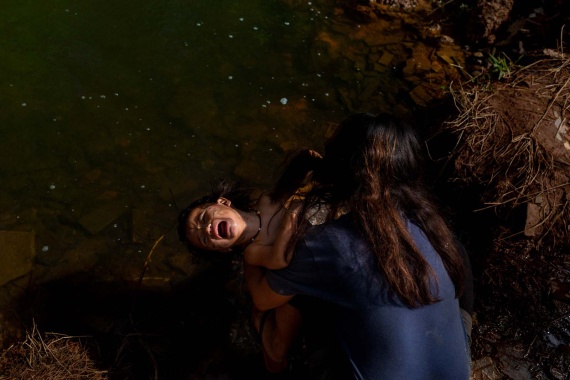 The tiny territory that is home to the indigenous Guarani Mbyá people lies at the very north of the Brazilian metropolis of São Paulo. Surrounded by a green oasis, they live in six villages at the edge of the enormous city, which was largely built on forest ruins – an expression accredited to the indigenous philosopher and activist, Ailton Krenak.

Krenak argues that Westerners have alienated themselves from the planet, which is being eaten up by their corporations. He does not assume that the concept of cities will ever be abandoned; but he does hope that our dependency on the old style of settlements might be re-evaluated, and that more people will turn towards a harmonious way of living together with nature. Many indigenous people manage to live this way in the territories they have been granted – be it the Krenak at Rio Doce, or the Guarani Mbyá in their barely five-square-kilometre home at Pico do Jaraguá. The latter is the smallest reservation in Brazil, and encompasses much of what remains of the Atlantic rainforest biome within São Paulo’s 1,500-square-kilometre urban spread.

“I understood later that the project was about my relationship with São Paulo, where I was born; and with this indigenous population that has always been there, despite the indifference and ignorance of the white people.”

When Rafael Vilela headed to their territory to document the Mbyá – one of three Guarani groups in Brazil –, they were protesting against the construction of a number of buildings in the immediate vicinity of their reservation. He did not expect to end up spending a number of weeks there, and that the project would continue to occupy him to this day. “In 2020, one of the biggest construction companies in Brazil, Construtora Tenda, started to fell trees, less than one kilometre from the villages, on a roughly two-acre parcel the company had bought to build 11 residential towers. The company cut down more than 500 trees, before the Guarani could stop the construction work with their protests.”

“The children screamed and cried, because trees are sacred to them. Their leader says that, for the Mbyá, to cut down a tree is the same as killing a relative. It’s not just an environmental crime, as white people might suppose.”

Vilela has been engaged with the indigenous movement in Brazil for around ten years. This explains the closeness and intimacy seen in many of the pictures in his Forest Ruins series: it is not limited to striking motifs capturing Mbyá’s struggle, but also shows everyday life and rituals on the reservation. “Even being the son of politically progressive parents, I had never had any kind of contact with the indigenous and environmental reality in my city,” says the photographer, who spent several weeks with the Mbyá. “On one of the first nights that I camped in the reserve, I could hear the young indigenous people talking, telling jokes and laughing, throughout the night. Although I understood almost nothing of the dialogues, it was the moment when it became clear to me how ignorant and oblivious we white people are to their culture and history. It felt like I was in another country, listening to a language I had never heard before. But it was São Paulo, the city where I grew up, where millions of people live; and where very few are aware that the Mbyá were there before us, and are still there, building their present – and possibly our common future.” 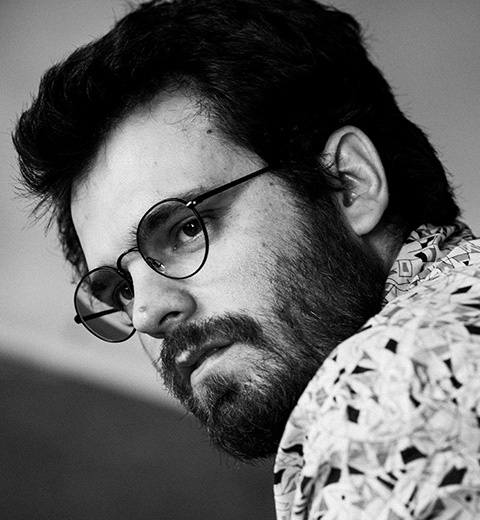 Born in São Paulo, Brazil, in 1989, the independent photographer concentrates on documenting economic and climate crises in his homeland. In 2013, he was one of the founders of Mídia NINJA, a journalist and activist collective dedicated to reporting on the indigenous people’s struggle for their land and for social justice. Vilela’s work has been published in the The Washington Post, The Guardian, The Intercept, Vice and National Geographic, among others.