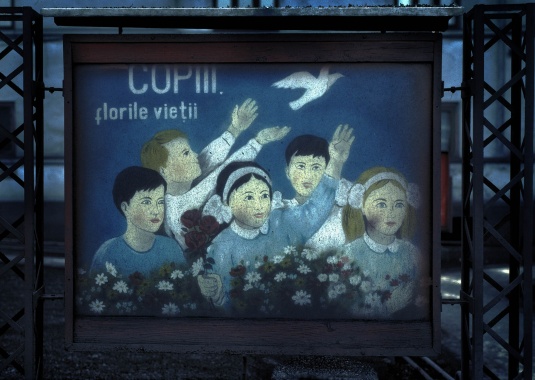 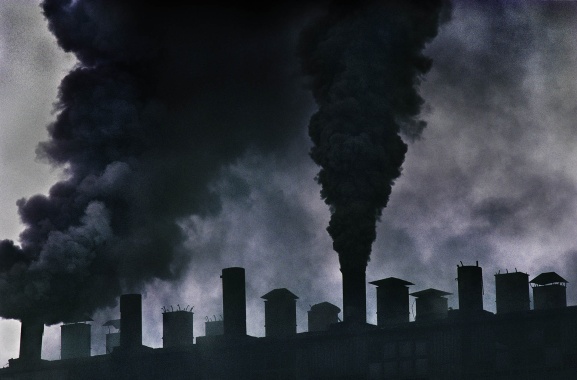 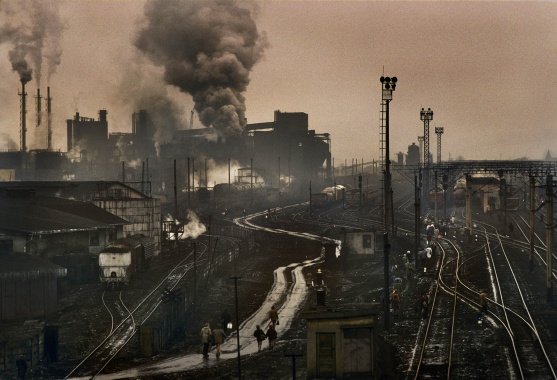 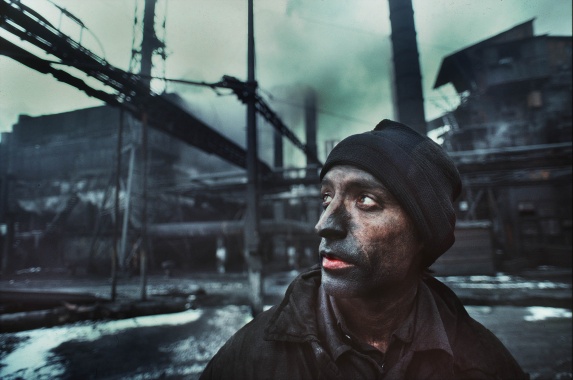 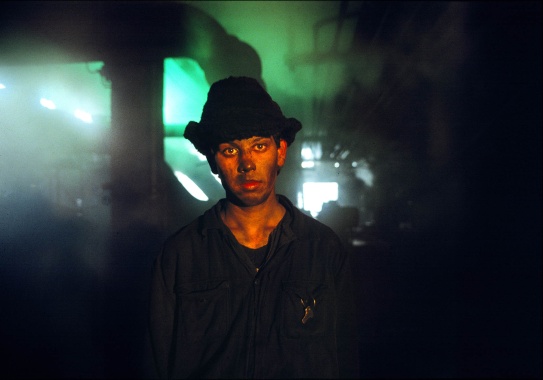 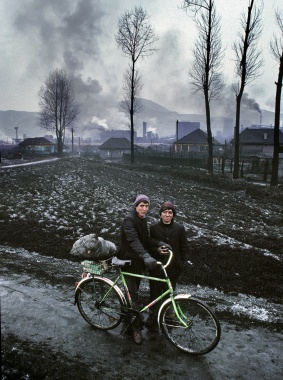 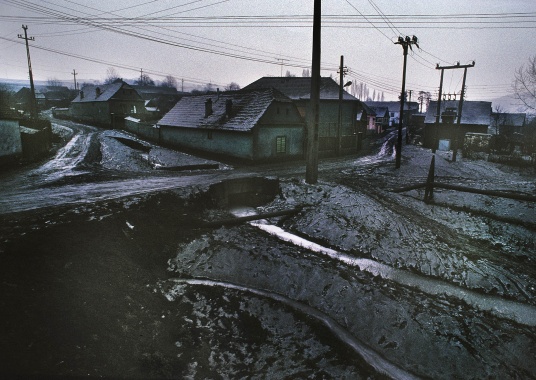 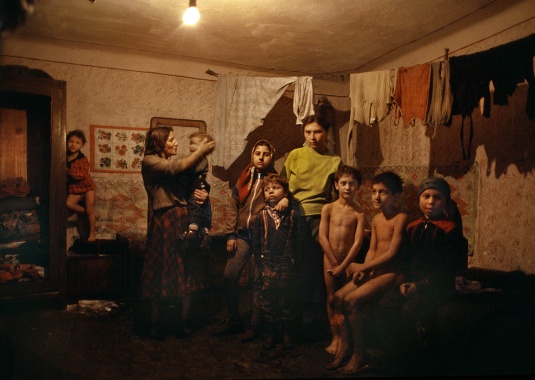 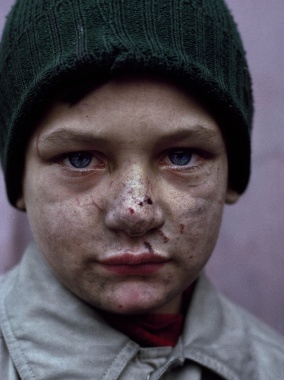 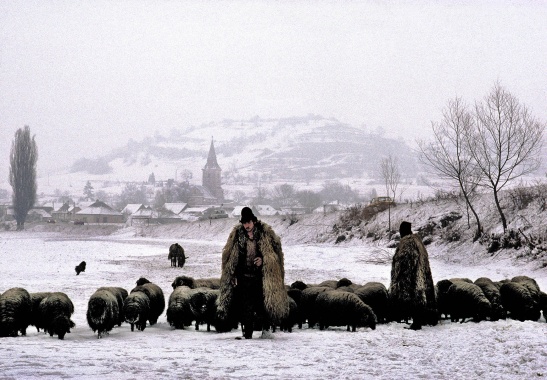 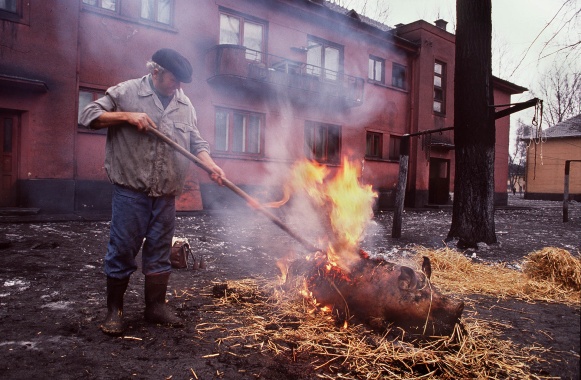 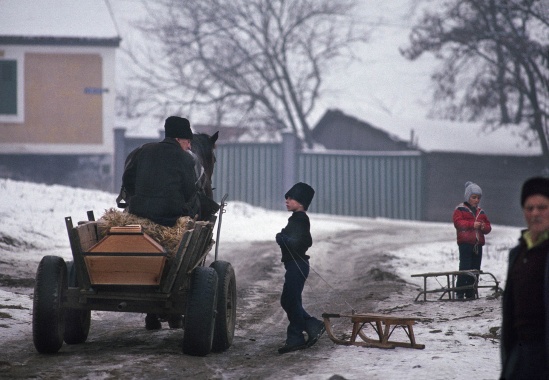 Polluted by two industrial complexes, the town has long had the reputation of being the dirtiest in Europe. When the British photographer documented the small Romanian town of Copșa Mică, during a number of visits, he not only captured pictures of the contamination of the region, but also revealed a country in a state of shock, caught between dictatorship and political upheaval. Lewis’s work received international attention at the time.

Just twelve colour slide images were sufficient to convince the LOBA jury: the implacable motifs revealed the devastating conditions in the Romanian town of Copșa Mică. The factory plants that had moved there had been poisoning the whole town and its inhabitants for decades. Lewis documented a country in a state of transformation: the neo-Stalinist regime of Nicolae Ceaușescu came to an end in Romania with his death in 1989; paralysis and fear seemed to reign over the country. On assignment for Life Magazine, Lewis travelled immediately after the political upheaval to the Siebenbürgen region of Central Romania. He had been there for the first time a few months earlier, when the region was still under full control of the omnipresent Securitate – the Romanian secret service. On that previous occasion, he had travelled for the Sunday Times Magazine, under the guise of being a tourist. Together with an author and translator, he had visited the industrial area to document the working conditions and the heavy environmental damage being caused by the Carbosin plant. It was not long before he was briefly arrested because, after all, why would tourists take pictures and ask questions about an industrial town? Fortunately, the arrest did not last for long.

“It was like walking into a modern hell: hot and dark inside; frozen snow outside. The streets of the town were blackened and mainly empty… like a post-apocalyptic landscape, with very few lit windows in the dark houses.”

The dramatic effects of the production of carbon black for the tire industry, and for ink and paint, were visible everywhere. “The sticky black smoke was belching out from the unfiltered chimneys. Its emissions had permeated the area for nearly sixty years, leaving a layer of soot on homes, trees, animals and everything else in the area,” the photographer remembers. “And the effect was exacerbated by the fresh snow being turned black, while revealing white footprints as people walked – a sort of negative landscape.” By the time the photographer paid his second visit, only ten people were still working at the plant. “They were in a state of shock and confusion, because all the managers had left. The workers’ blackened faces were lit by just a few bare light bulbs, caked with soot.” The mood was surreal. There was a lack of food and heating materials, and also no information about the future.

“The most surreal thing, for me, was that life carried on, albeit in a slow and dazed manner: people went to work, and drank weak beer in dark bars; children played in the blackened snow; mothers queued for the little food available. I was not seen, I felt like a ghost.”

Lewis documented this desolate situation in haunting images, captured with a Leica CL and a Canon EOS-1. His reportage was printed various times and received a lot of attention – not least as a result of the LOBA: “The award and surrounding publicity helped both my profile and that of the photo agency Network Photographers, which I had founded 10 years earlier. I became a regular photographer for Life Magazine and, until its demise, worked on several long assignments for the magazine.” A year after his LOBA series, the photographer tried to return to the area, but was violently stopped from doing so: “The politics had changed in name and appearance, but the structure had not. It was all about control. No one in Bucharest wanted to hear anything about Copșa. There was little political will or money for a clean-up operation.” Even today, the area around Copșa Mică remains heavily damaged; not just because of the Carbosin plant, but also due to Sometra, a smelting plant that is still functioning. It produces emissions of lead, cadmium and sulphuric acid, leading to even worse health issues for the people living there. Even after some parts were closed down and cleaned up, the soil remains contaminated, and life expectancy in the affected area is significantly less than that of the rest of the country. 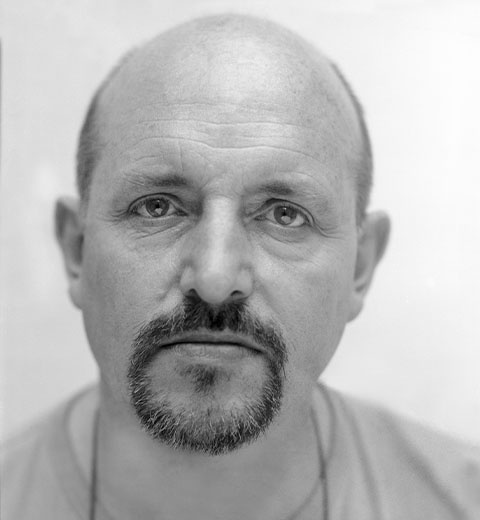 Barry Lewis was born in 1948. He first worked as a chemist. In 1977, he became a freelance photographer and subsequently worked for many international magazines and organisations. In 1981, he was Co-founder and Director of the Network Photographers Agency, which existed until 2005. His numerous publications include “Vaguely Lost In Shangri-La: Photographs From The Glastonbury Festival” (2017) and “Miami Beach 1985–1995” (2019). He lives in London, where he works as a photographer, director and film maker.